Ancient Wisdom: The Book of Ahikar Part 18 of 24

Ahikar is back in the service of Sennacherib. He's taking a break to get some color to his skin and get tidied up. And probably think of a way of answering Pharaoh's riddles. Let's see what he comes up with. How does one build a castle between Heaven and earth?

And Ahikar went to his dwelling and he commanded the huntsmen to capture two young eagles for him. They captured them and brought them to him and he commanded the weavers of ropes to weave two cables of cotton for him, each of them two thousand cubits long and he had the carpenters brought and order them to make two great boxes and they did this.

Then he took two little lads and spent every day sacrificing lambs and feeding the eagles and the boys and making the boys ride on the backs of the eagles and he bound them with a firm knot and tied the cable to the feet of the eagles. He let them soar upwards little by little every day beginning with 10 cubits, with the boys being on their backs. They grew accustomed and were educated to this and they eventually rose all the length of the rope until they reached the sky and he drew them back to himself.

And when Ahikar saw that his desire was fulfilled, he charged the boys that when they were borne aloft to the sky, they were to shout: "Bring us clay and stone that we may build a castle for king Pharaoh, for we are idle!"

And Ahikar was never done training them and exercising them until they had reached the highest possible skill. Then Ahikar left and went to the king and said to him:

"Oh my master, the work is finished according to your desire. Arise with me that I may show you the wonder."

So the king sprang up and sat with Ahikar and went to a wide place. He sent to bring the eagles and the boys and Ahikar tied them and let them off into the air all the length of the ropes. They began shouting as he had taught them: "Bring us clay and stone that we may build a castle for king Pharaoh, for we are idle!" Then he drew them to himself and put them in their places.

And the king and those who were with him marveled with great marvel. And the king kissed Ahikar between his eyes and said to him "Go in peace, my beloved Ahikar. Oh pride of my kingdom! Go to Egypt and answer the questions of Pharaoh and overcome him by the strength of the Most High God."

Then he bade him farewell and took his troops and his army and the young men and the eagles and went towards the dwellings of Egypt and when he had arrived, he turned towards the country of the king. 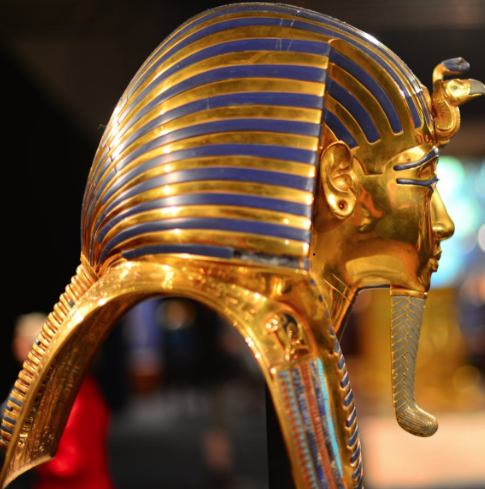 How clay and stone are going to be suspended in the air? No idea, but perhaps Pharaoh will buy it! It's certainly impressive watching boys flying on the backs of eagles 2000 cubits in the air (3000 feet).

@gangstalking
3 months ago
Whoever is directly controlling the V2K told me to kill myself.
They told me if I killed myself now it would save the lives of countless others.
Saying the longer I wait to kill myself the more people will suffer.
They are reckless and should have shown the proper media what they had before taking me hostage for 5 years. I know there are many in prison that dont deserve to be there because of this. Your stay in prison will not be fun @battleaxe and friends. People are going to want you dead when they find out what you did. I hope you die a slow painful death. You sick mother fuckers.

How does one build a castle between Heaven and earth?

Figuratively speaking, with love. But that would be rather a bridge than a castle. Actually maybe both. Love can do and achieve anything/everything.

By the way, I also have a bird. Not an eagle. A Harris's hawk. We love each other. When I am with her, I feel like that I have my own heaven on Earth.

Have a nice day. All the best. Greetings and much love from Hungary.

I agree, the bridge between Heaven and earth is love. That's amazing that you have a hawk, I bet spending time with her is a wonderful feeling.

Hey @xplosive, here is a little bit of BEER from @ironshield for you. Enjoy it!

It's getting exciting now! Keep up the story!
ListNerds brought me here.

Hey @mypathtofire, here is a little bit of BEER from @ironshield for you. Enjoy it!

Finally! This series is old enough legally for me to have sex with it!

Interesting development. The burden now is transferred to Pharaoh. I hope that at that time he had a man with Joseph's wisdom who could set him free from the trap he made.
!LOLZ
!PIZZA
!CTP

Another exciting chapter. Thanks for sharing on ListNerds.