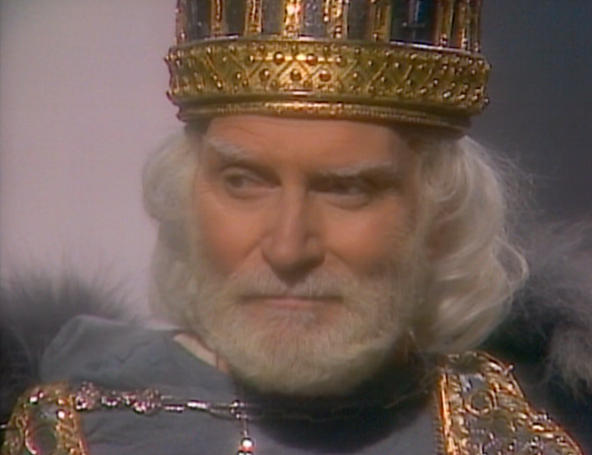 Ahikar is back in the service of Sennacherib. He's taking a break to get some color to his skin and get tidied up. And probably think of a way of answering Pharaoh's riddles. Let's see what he comes up with. How does one build a castle between Heaven and earth? 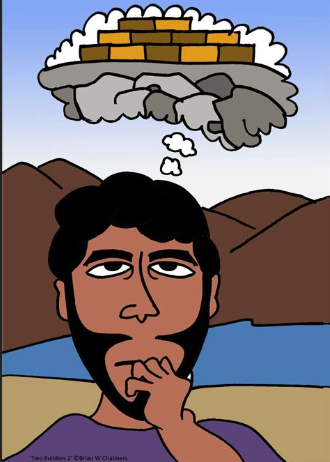 Ahikar is Back in Business

The people of Ahikar's household rejoiced with him and his friends and everyone who heard that he was alive rejoiced also. And Ahikar did as the king commanded him and took a rest for forty days. Then he dressed himself in his best dress and went riding to the king with his servants behind him and before him, rejoicing and delighted.

But when Nadan (his sister's son) saw what was happening, fear and terror took hold of him. He was perplexed and didn't know what to do.

After Ahikar saw that Nadan was terrorized, he entered into the king's presence and greeted him. The king returned the greeting and made Ahikar sit down at his right side. The king said to him:

"My wonderful Ahikar, behold these letters which the king of Egypt sent to us after he heard that you were slain. They have provoked us and overcome us. Many of the people of our country have fled to Egypt, fearing the taxes that the king of Egypt has sent to demand from us." 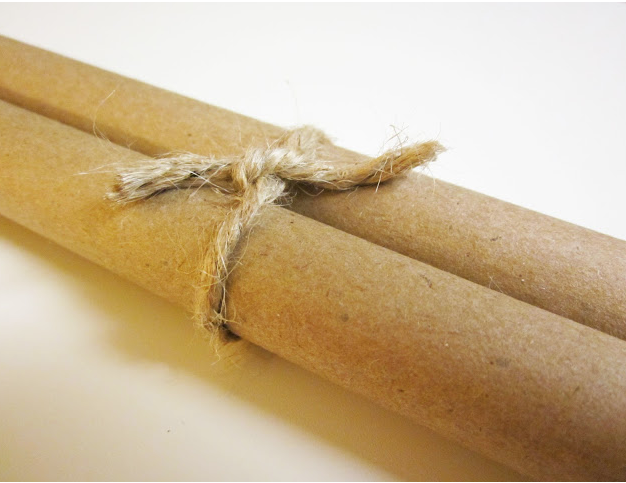 Then Ahikar took the letter and read it:

My beloved brother, King Sennacherib, may I remind you of the peace and the health and the might and the honor which we wish especially for you. I have been desiring to build a castle between the heavens and the earth and I want you to send me a wise, clever man from yourself to build it for me and to answer all my questions for me and that I may have the taxes and the custom duties of Assyria for three years.

And Ahikar understood all of it's contents. Then he said to the king:

"Do not be angry, my master. I will go to Egypt and I will return the answers to Pharaoh and I will display this letter to him and I will reply to him about the taxes. For the happiness of your kingdom, I will send back all those who have run away and I will put your enemies to shame - all with the help of the Most High God."

And when the king heard this speech from Ahikar, he rejoiced with a great joy and his heart was expanded and he showed him great favor. And Ahikar said to the king:

"Grant me a delay of forty days that I may consider this question and manage it." And the king permitted this.

This wise man Ahikar is about to do the impossible - build a castle between Heaven and earth. How will he impress Pharaoh with his wisdom? How will he answer his riddles? Let's find out as the story unfolds!

I wonder if this is where the saying comes from "I will move heaven and earth to get it done".

Of the biblical books I would like to read next, the book of Enoch is top of the list. Have you read it?
!ALIVE

@ironshield! You Are Alive so I just staked 0.1 $ALIVE to your account on behalf of @mypathtofire. (7/20)

Absolutely! Very fond of the extended canon, but the shorter list. Some (like 1 Enoch) I believe are legit and worthy for edification (probably never should have been cut), others are perhaps ancient fan-fiction, yet others are somewhere in-between. They're all worth the time to read and contemplate!

Thanks i will check it out.

well done ..this is a beautiful write up..looking forward to seeing more of you on listnerds

He used to be addicted to peach juice

You know the text never says he WASN'T addicted to peach juice, it's completely legitimate for some Iraqi guy on Hive to suggest that possibility. !LOL


What to you call it when you think about eating cheese?
A ques-idea.
Credit: reddit
@amirtheawesome1, I sent you an $LOLZ on behalf of @ironshield
Use the !LOL or !LOLZ command to share a joke and an $LOLZ.
Delegate Hive Tokens to Farm $LOLZ and earn 110% Rewards. Learn more.
(1/6)
0
0
0.000
Reply

A late reader here. The story is now getting interesting for me. Curious about how it unfolds especially that castle that will reach the heavens. Reminds me of Jack and the tower of Babel.

Too bad this isn't a book. I would jump ahead and read the end. Thanks for sharing on ListNerds.

@rcaine Little secret, it's all one the blockchain already... :-) Nadan literally blows up in the end. I love spoilers, they save me so much time. Shhh...

When Nadan heard that speech from his uncle Ahikar, he swelled up immediately and became like a blown-out bladder. His limbs swelled and his legs and his feet and his side and he was torn and his belly burst asunder and his entrails were scattered and he perished and died. 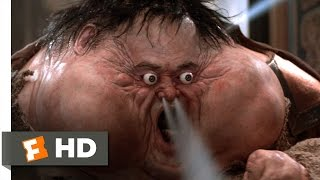