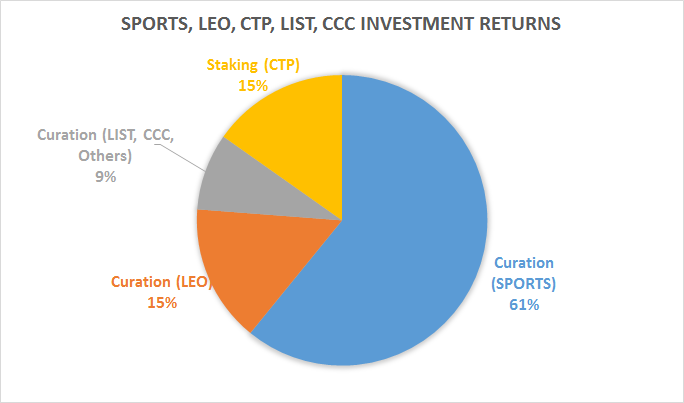 Many would have known me by now to be the addicted investor on Hive's second layer and I'm proud to be identified with that. It shows how powerful the second layer community leads and investors have been ove rthe last few months. Now, each time I try to tell anoyone about the investment opportunities that lie on Hive, all I present to them is the communtiies and then when they finally join, they wpould have been creating a Hive account.

Yesterday, I read @Taskmaster4450le's post titled "What Hive Is Missing: The App To Bring In The Users" that tried to explore what's actually missing on Hive blockchain which is actually a dapp that blends to much in simplicity to what web 2.0 social media has but has a functionality of the blockchain technology. It is true and we all have to look at the second layer communities for this solution.

Thus, success is going to come to those applications that make it very easy to operate, just like Top Shot did. By operating in a manner that people are familiar with, they can transition into this at a pace that makes sense.

I am so sure that we are yet to tap into the creativity levels that layers on Hive can afford and we'll have more amazing creations after leoFinance's ProjectBlank has been brought to light. Microblogging could be the way out but there's a lot more of creative stuffs that we'll see in the coming days.

With tokenization at Hive's second layer, we see that any community can be able to fund its creative idea and bring it to reality as well as provide a huge incentive module for its new users. We all know how scarce it could be to earn tangible upvotes sustainably as a new user due to how large Hive is, large diversification of contents and the distribution of stake, however, the communities get narrower and provides for high probability of noticing a new user's quality submission as well as a better incentive.

Today, while a new user with a solid sports content may not earn as much as $1 on his post, such may easily earn 10,000 SPORTS which has an equivalent value of $1 (at today's exchange rate). This makes the new user happy to still stay around the community and perhaps may not even be bothered about his Hive earnings. The token too is cheaper which may attract the user to invest and that requires getting some HIVE in the market.

Growing up the rank as per stake in these second layer tokens get a lot more easier except for those who are not well mentored to contribute value to the community. Each time, I'll use myself as an example. Within 2 years, I have been able to pool a stake of SPORTS that can give as much as $2 to a post at one trigger when my HIVE stake can barely give 5 cents.

Looking at hivestats.io this morning, I discovered that my staking and curation rewards have added up to $390 in the last 30 days and that's just a starting point if I may say.

SPORTS (61%), LEO (15%), CTP (15%) and Others (LIST, CCC basically) make up that sum from curation and staking reward pool. This is held by an account yet to hold as much as 10k HIVE in power. However, while I'm pushing hard to building Hive stake, growing with the second layer holdings get more merrier.

When we'll finally see LEO at $3, CTP at $1, SPORTS at $0.01 and LIST at $0.5, you can just imagine how much wealth would have been built from second layer. At this point, we only have curation as the only way to invest except for LEO with more than three alternatives. When other tribes scale up their BUIDL to three to four investment options, then we'll see a new wave.

I just noticed a local ecommerce entrepreneur requesting for BTC to purchase on Facebook, and then, I've started following up on him to see amazing opportunities available on @Clicktrackprofit and @Hivelist communities as well as the awesome commerce solutions provided by these communities.

Definitely, the second layer would be a safe and marketable entry point for investors and users. Let's see what props up before the end of 2021 Q2.

@zellypearl
over 1 year ago (Edited)

That is the beautiful thing about hive, providing a second layer where users can dive in if they so desire.
I would say no one should underestimate the power of hive second layer :)
And sports token seems much easier to earn as per one's quality engagement.
Every time I reminisce those moments you used to talk about one engaging and investing in sportstalk. Now those years of investment are adding value and driving others too.
Hive second layer can make even the least noticeable person wealthy in a flash, we all await that day the price of all these token would make a sleek move.

I would say no one should underestimate the power of hive second layer :)

Well said. It's not still late to do something. We're still in the test phase, some tangible developments are on the way.

Yeah you can imagine. The second layer projects brings a lot of prospects to the table hopefully before the end of the year we can see leo at $3, seems rather huge but its obtainable

hopefully before the end of the year we can see leo at $3, seems rather huge but its obtainable

With what's cooking in LeoFinance's kitchen, even a $5 is not bad. You know the launch of bLEO would cause a traction from LEO on Binance.

You're such a great motivation to many here.

Soon you will become a whale.

I think already passed that level with some tokens. I hope you join us and start building up. It's easy

I also believe second layer tokens are the catalyst that can propel hive to greater heights. If they do well, it'll in turn give value to it's native token.

Engagement is one great way, if all the tribes can produce something quite like leo in terms of activity then more investors can come in

I also believe second layer tokens are the catalyst that can propel hive to greater heights. If they do well, it'll in turn give value to it's native token.

Surely they'll. The tokens are providing a basis for investors to come in expecially as the APY of the tokens are far higher than that of Hive.

Your gonna become very wealthy if all the tokens rise to the price you predict. Glad that we have so many communities on Hive

I can't wait to attain financial freedom. Thanks that I embraced crypto./

Also, note that if let's say someone writes a post on sports interface and gets 1$ worth of rewards. He will also earn from a few cents to some $$ from the same post via hive and maybe depending on the content it may be eligible for rewards by other tribes as well!

Ofcourse, all my holdings came from content creation. I then plowed them back to invest.

I have gone the opposite way to you having Hive first and now building the second layer tokens. The plan is to have a good mix as hive will benefit from the second layer doing well and vise versa when Hive does well. My money is still on Hive though as that is the main coin still in my thoughts. Leo could easily shoot past $5 with everything that is happening.

The plan is to have a good mix as hive will benefit from the second layer doing well and vise versa when Hive does well.

Very correct. That's why I trying to start building my Hive Power with second layer earnings.

Actually i follow your path of accumulating more second layer tokens but dont have much in hive power, my APR in hive stats never changes. I feel sometimes that its necessary to re-arrange the sports stake and buy hive first

Over time, that would change for you. When your Hive tokens begin to pool profits, you then can build your Hive Power.

re-sported - I do not understand all the details but good trend on some Tribes.

Like which do you need clarifications? In case I can offer some information.

Truly speaking, the easy staking state of the second layer such as sports is an interesting part that keeps new users and growing old users stakes. The secret of second layer investment is that it gives investors the opportunity of earning from the first layer. I so much love and admire your staking spirit. More grace boss.

You got the gist. It's a win-win for all, afterall, the second layer was for business and it powers the first layer.

😁😁😂. Yes oo. I so much love the settings. It's interesting to invest in the second layer. But why is content creation and curating the only options for earning sports?

But why is content creation and curating the only options for earning sports?

We are yet to have other alternatives. Soon, games would be built on SPORTS and we'll have more usecases added.