I've been dying to use this cliché for ages, so here goes; The Super Eagles had their wings clipped last night after they were brought back down to earth by Cameroon with a 37th-minute goal by Zambo Anguissa.

Oh dear, but no problems. It was just a friendly so no harm done other than to national pride...oh, and my wallet as we had winners galore who got the first goalscorer, but no one got the result which is hardly surprising as it was almost universally expected that Nigeria would take this and the fact that we have half the country playing the game. Whoops. Better luck today guys in which I've picked a game between two of the giants of international football...

Out of 210 FIFA teams, BVI are ranked 208 but Curacao are actually ranked right up there at 76! above teams like Malaysia, Estonia and New Zealand and the current group table reflects this;

This is an easy one. Curacao are nailed on to win but by how many? And who will score the first goal?

Simply write the name of the FIRST GOALSCORER and the CORRECT SCORE as a comment. The competition closes 5 minutes before kick-off which is 19.30 BST.

In the first goalscorer competition, own goals do not count. In the correct score competition, it's the score after 90mins. Extra time and penalties do not count and the pot for each competition will roll over if there is no winner. If more than one person chooses the same first goalscorer or correct score, the prize is shared and everyone gets a little upvote! It seems I also need to add, one entry per person. Don't forget the new rule that only people with a rep of 45 or above are eligible to enter unless they have been approved. The bonus will be added to any winnings ONLY if Leeds United win and/or Man U lose and all payouts will never exceed 50% of post payout. Other bonuses paid out at my discretion. 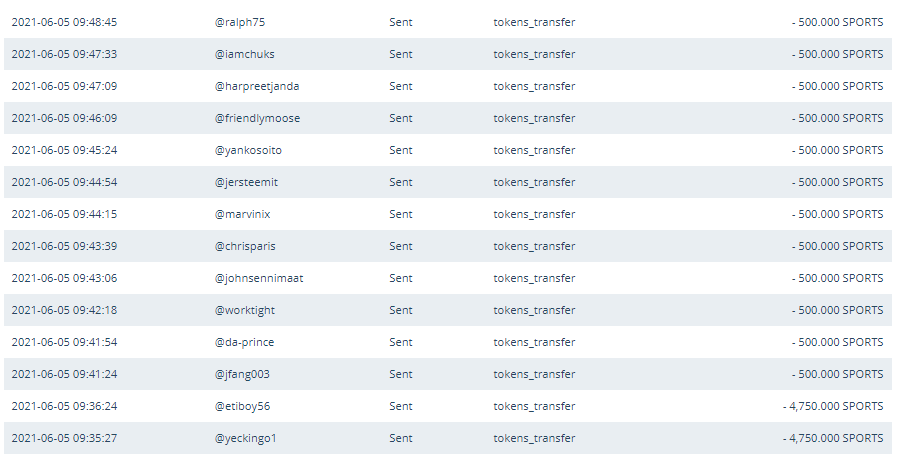 Thats it. As always, thanks for playing and check carefully to make sure I haven't missed anyone! Have a great weekend and I'll catch you back here tomorrow. Can Curacao make it into double figures?lol

terrible performance from the Nigerian team. Hope they improve in their subsequent games

It was just a friendly. No matter! You're brave man going for BVI to score their first goal in a world cup game ever lol

Yeah. Would love to see some surprises. Believe they've got the legs to shoot at goal :-)

According to the whole plan, Nigeria wasn't prepared for that match, they were not organized and they lack team play in that game. Let's see hope and see what super eagles are made of next time.

The game was meant to be a preparatory game and they were not prepared. Yeah. We can only hope for a better performance in their next game

Alright man. All the best to them.

Thanks a lot for the appreciation tokens.
Congratulations all who made the correct predict as well.
Here is my prediction for today:
1-3
First goal scorer : Leandro Bacuna

You are doing well Thanks a lot for the appreciating tokens.

Congratulations @leedsunited! You have completed the following achievement on the Hive blockchain and have been rewarded with new badge(s) :

Nigeria played below expectation last night,but I still believed that they can do better next time as for Virgin Islands vs Curacao,.my prediction is Virgin Islands 0-2 Curacao and Jarchinio Anthonia to score first

Thanks for your reward I really appreciate.
Lol Nigeria try but the water is more than there gari . Though Cameron always have there victory over Nigeria. Even the old days

Hmmm, I knew this was going to happen to the super eagles team. It is so devastating to see the score.