Ancient Wisdom: The Book of Ahikar Part 23 of 24 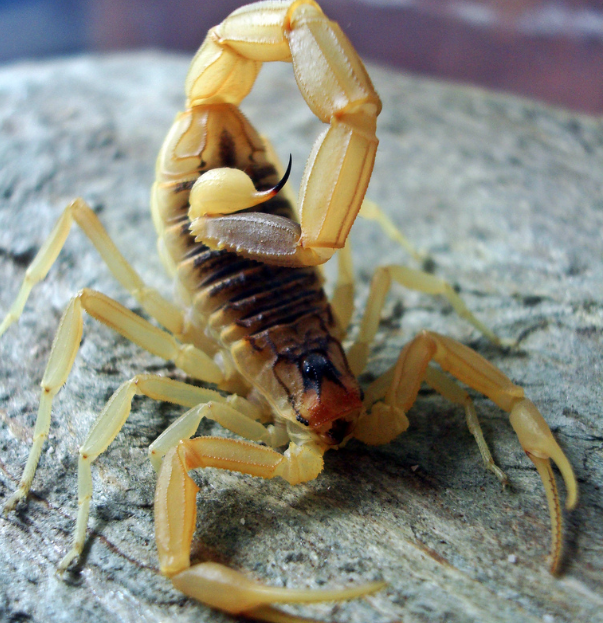 So this man Ahikar is the chief adviser for Sennacherib, king of Assyria. He is considered very wise, but he was growing old. Having no son to succeed him, he raised his sister's son Nadan as his replacement. Nadan turns out to be a bad dude. He tricked the king to believe that Ahikar had betrayed him and the king had Ahikar executed. By the wisdom of Ahikar, and the favor of the Most High, Ahikar was spared.

King Sennacherib repented of eliminating Ahikar when he found himself in trouble. Pharaoh of Egypt attempted to take advantage of this situation by demanding some answers to impossible riddles. The king finds out that Ahikar is still alive and he regains his position as adviser to Sennacherib. Ahikar travels to Egypt to match wits with Pharaoh. Ahikar outsmarts Pharaoh and returned to Assyria with many Assyrians and great wealth. The king is very pleased and grants Ahikar anything he wants (up to half his kingdom) and Ahikar says, "give me Nadan."

So here we are. Ahikar is about to have some words with Nadan.

The book of Ahikar can be read here.

Whenever Ahikar went in or out of his home, he scolded Nadan, his sister's son, saying to him in his wisdom:

"Nadan, my boy! I have done to you all that is good and kind and you have rewarded me for it with what is ugly and bad and with death. It is said in the proverbs: He who does not listen with his ears, they will make him listen with the scruff of his neck!"

And Nadan said: "What have I done to you? Why are you angry with me?"

And Ahikar said to him: "I am angry because I brought you up, taught you and gave you honor and respect. I made you great and raised you with the best of upbringings and seated you in my place that you might be my heir in the world. Yet you repaid me with my ruin. However, YHVH knew that I was wronged and He saved me from the snare which you had set for me, for He heals the broken hearts and hinders the envious and the haughty."

Further Proverbs of Ahikar to his Son

My son, you have been to me like the scorpion, which when it strikes on brass, pierces it.

My son, you are like the gazelle who was eating the roots of the madder and said to her "Eat of me today and take your fill, but tomorrow they will tan your hide in my roots!"

My son, you have been to me like a man who saw his friend without cloths in the coldest time of winter and he took ice water and poured it on his head!

And because lawlessness will be increased, the love of many will grow cold. Matthew 24:12

My son, you have been to me like a man who took a stone, threw it up to the Heavens to stone his master with it, yet the stone did not hit and did not reach high enough. It became the cause of much guilt and sin.

Which one of you, if his son asks him for bread, will give him a stone? Matthew 7:9

My son, if you had honored me and respected me and had listened to my words, you would have been my heir and would have reigned over my dominions.

"Honor your father and your mother, so that you may live long in the land YHVH your God is giving you." Exodus 20:12

My son, you know that if the tail of a dog or of a pig were ten cubits long, it would not approach to the value of the horse's tail, even if it were like silk.

Each tree is known by its fruit. For figs are not gathered from thorn-bushes, nor are grapes picked from a bramble bush. Luke 6:44

My boy, I thought that you would have been my heir at my death, but through your envy and your insolence you desired to have me killed. But YHVH delivered me from your craftiness.

When the righteous cry for help, YHVH hears and delivers them out of all their troubles. Psalm 34:17

My boy, you have been like a trap to me, which was set up on the dung-hill.

The wicked have set a trap for me, but I have not wandered from Your precepts. Your testimonies are my heritage forever, for they are the joy of my heart. I have inclined my heart to perform Your statutes, even to the very end. Psalms 119:110-112 The Parable of the Trap

Along came a lark and found a trap all set up. And the lark said "Trap, what are you doing here?" And the trap said "I am here, praying to God."

And the lark asked also "Trap, what is that piece of wood you are holding?" And the trap said "It's a young oak tree on which I lean at the time of prayer."

And the lark said "What is that thing in your mouth?" And the trap said "That is bread and food which I carry for all the hungry and the poor who come near to me."

And the lark said "May I come forward and eat? I am hungry." And the trap said to him "Come forward."

Fantastic. I didnt quite understand the parable of the Trap at the end though. Much to think about. :)
!ALIVE
!CTP

@ironshield! You Are Alive so I just staked 0.1 $ALIVE to your account on behalf of @mypathtofire. (8/10)

the parable of the Trap

I think it's a parable about those who pretend to pray and be charitable, while in reality they are a snare designed to take advantage.

‘For wicked men are found among My people, they watch like fowlers lying in wait; They set a trap, they catch men.' Jeremiah 5:26

Thanks for the explanation! :)

It's really sad to have raised a son like Nadan.

An interesting parable in the end.