Venezuela: The step by step of a destroyed economy.

@fundacoven
over 1 year ago
LeoFinance 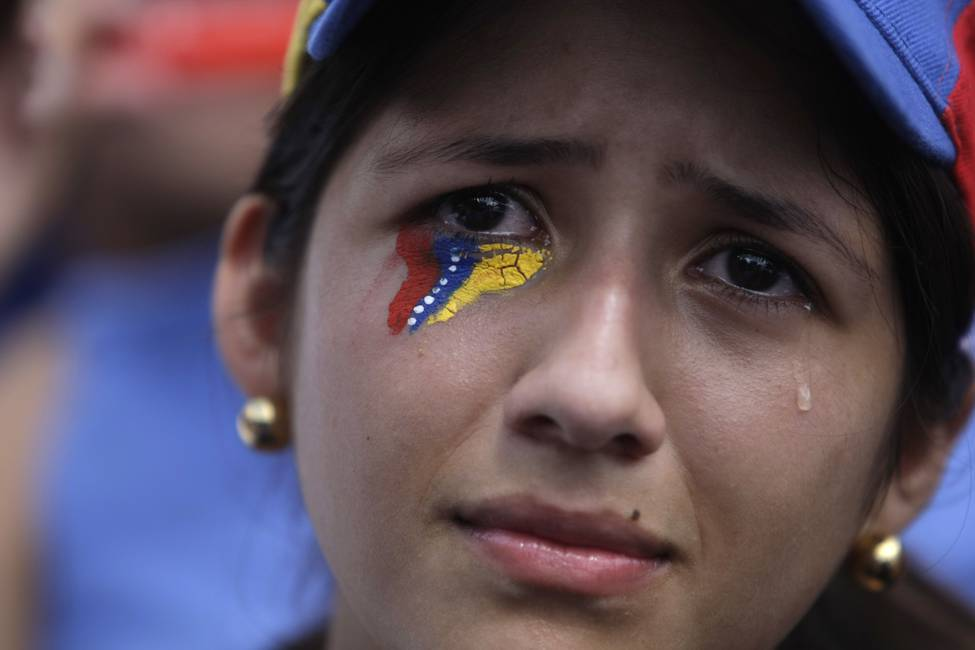 There are experts who often talk about the main reasons for the economic collapse of a country as rich as Venezuela. There is a centralization of power and a lack of autonomy in different means that have triggered hyperinflation combined with the political decisions of former President Chavez and a current president that promoted the arrival of an economic crisis.

It seems a joke when we speak of 7 continuous years of economic decline in our country. A crisis that is unprecedented, challenging any theory written by world-renowned economists, a fact that has stoned the quality of life of more than 30 million inhabitants and that has driven a wave of migration never seen before in almost any region of Latin America.

Experts delve into the main reasons for the Venezuelan crisis, a country that is rich in oil and agriculture.

Carlos Ñañez is one of these experts, being a professor at the University of Carabobo, for him the economic crisis is mainly due to a political crisis caused by the two coups d'état carried out by Hugo Chávez Frías.

"Venezuelans wanted to choose something new and failed. He looked for a kind of avenger that would put an end to classic politics and would be closer to the people, but instead, giving power to those who do not have it ended up unleashing a network of corruption and totalitarianism on the part of a few.

Ñáñez, together with economists such as Luis Crespo from the Central University of Venezuela and Aldo Contreras from the state of Mérida, bring with them a detailed analysis of the reasons for the deepening crisis in the country. 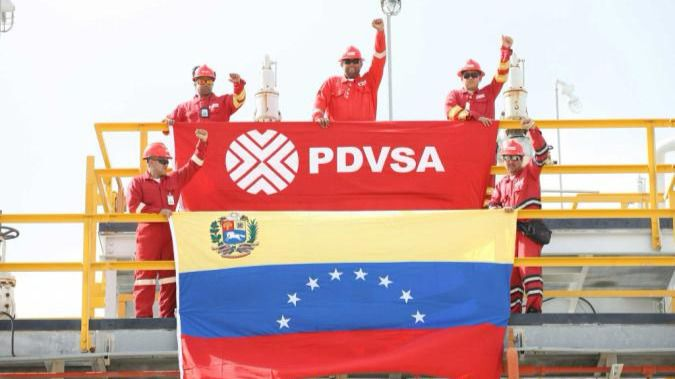 Venezuela since 1999 to the present has been driven by a socialist model in a country that is due to oil, having, in turn, an economic impact on society motivated by the control exercised by this model on society.

"No matter where it is applied, the socialist model is an unsustainable model". 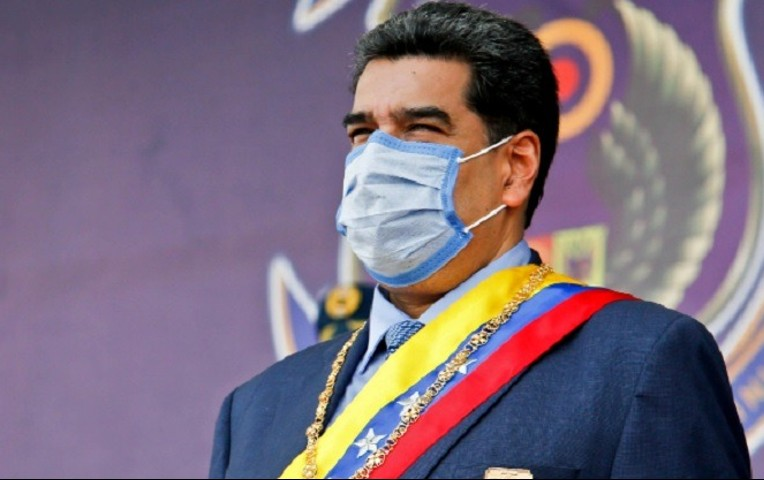 Chavismo and Madurismo created a system of control over the economy by creating laws and presidential decrees.

Venezuela had from 2003 to 2019 a system of exchange control over the dollar, this model rather than stop a capital flight only manages to multiply its effect. After this, the government allowed the free transit of foreign currency.

As a country, imports increased by more than 1200%, however, it has been two years in which stabilization has been almost impossible to achieve.

"Although the exchange rate is artificially low, it does not match the expectations of economic agents and the prices stipulated for products and services", he concludes.

Price controls were another trigger for shortages and shortages in the country. The control of products and services has been inefficient and has extended to all the financial systems of the country.

Since 1999, approximately 10,000 of the more than 12,500 industries that existed in the country have been closed due to price controls, commercialization, production or even import problems.

In addition to this, the expropriation of companies has been a means used by the government since the arrival of Hugo Chávez Frías and has been maintained for almost 20 years. Thus, companies in the primary sector disappeared or were nationalized, slowing down production and increasing the country risk.

"Venezuela has the highest country risk in the world and the worst foreign investment in history." 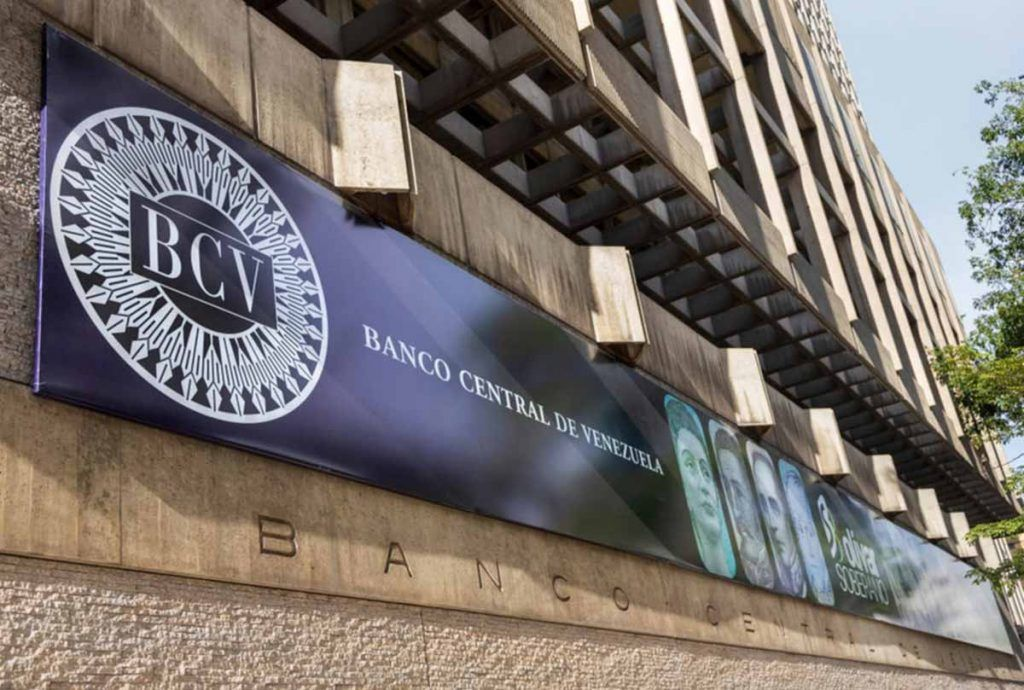 Number 4: The (non) autonomy of the Central Bank.

In 2005, former President Hugo Chávez Frías promoted a violation in the constitutional autonomy of many entities, among them the Central Bank of Venezuela.

Thus, it was the executive power that operated the decisions of the main financial entity of the country.

"The BCV is a financing entity of the national executive with money that is not backed by anything or anyone. This only accelerates hyperinflation and a non-existent plan of liberalism." 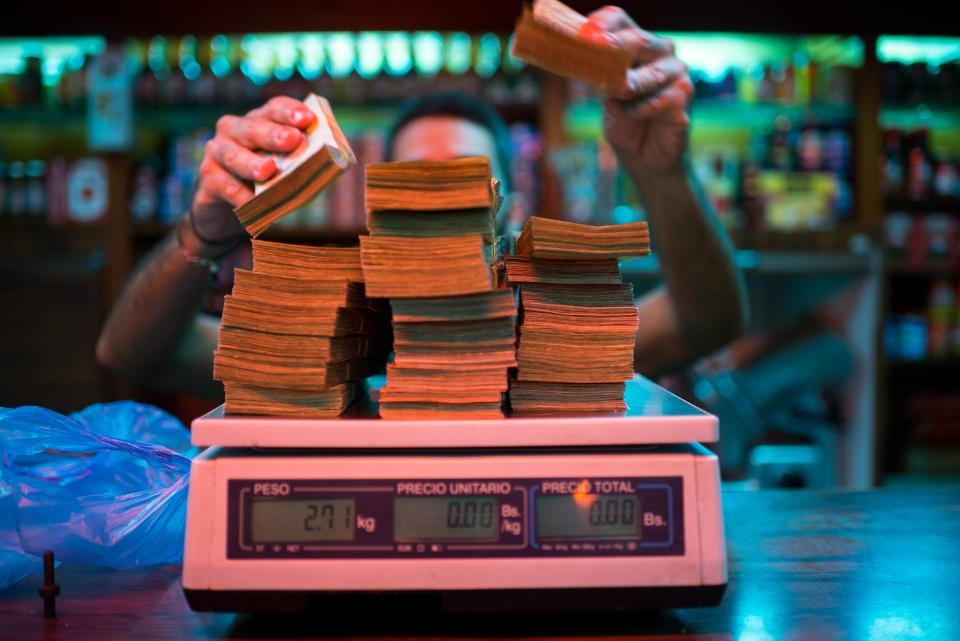 Another of the main causes of the economic decline in Venezuela is the appointment of personnel unqualified to carry out their work.

By law, only persons with a degree in economics could hold the position of president of the BCV, however, since the arrival of this government, there are many engineers, mathematicians, and even teachers who have made use of this position without any sustainable economic plan to back them up. 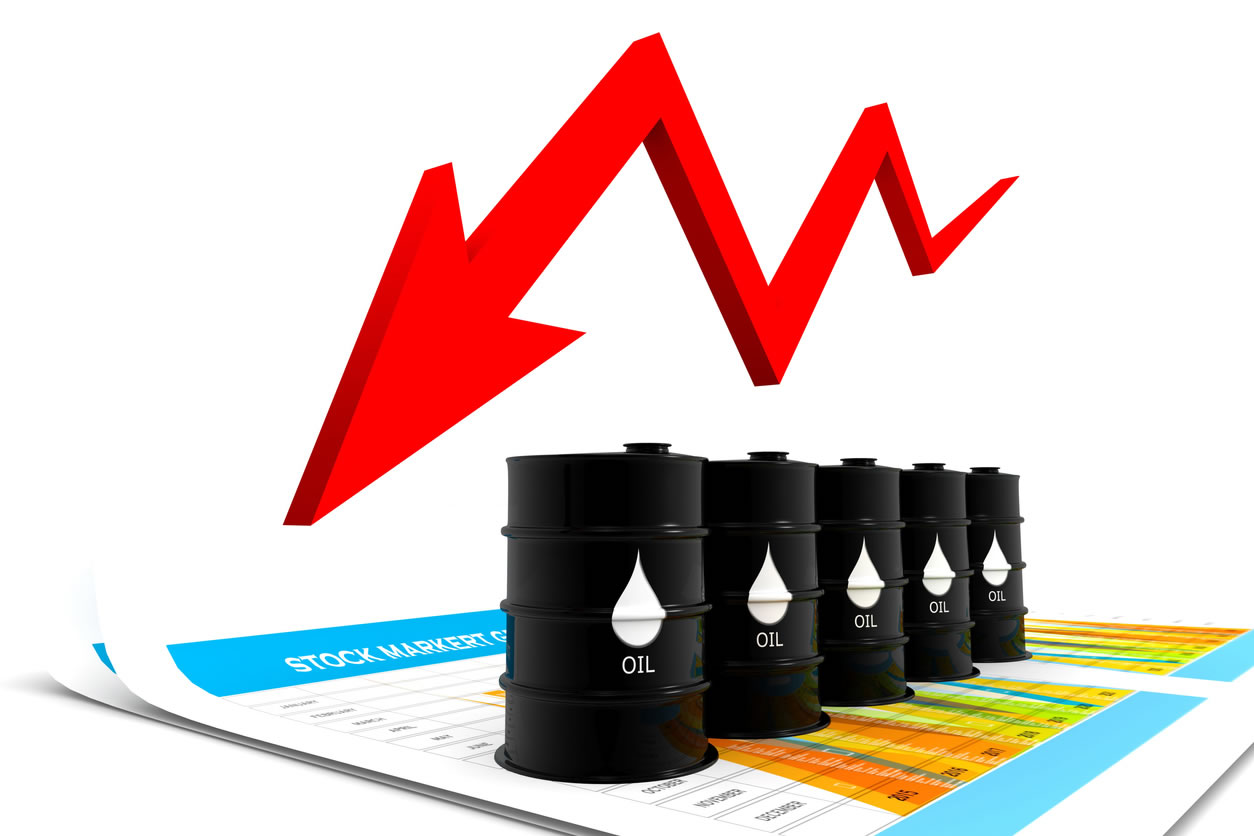 Venezuela registers a contraction of more than 80% of its GDP in less than 7 years. This has reduced the country's economy by 30 points in 2020 alone.

Experts have warned that the country has already lost three-quarters of the size of its economy, including the oil sector which represents at least 95% of the annual GDP.

"We have gone from producing 3.5 million barrels in 1999 to only 400,000 barrels in the last month, even though the cost of oil has increased by a wide margin since 1999," reported the Organization of Petroleum Exporting Countries.

The government of the late President Chávez squandered the oil bonanza from 2000 to 2006, which was equivalent to the unified GDP of the other countries of the Andean region.

What solution has the State given to the fall of the GDP in the last years? None. 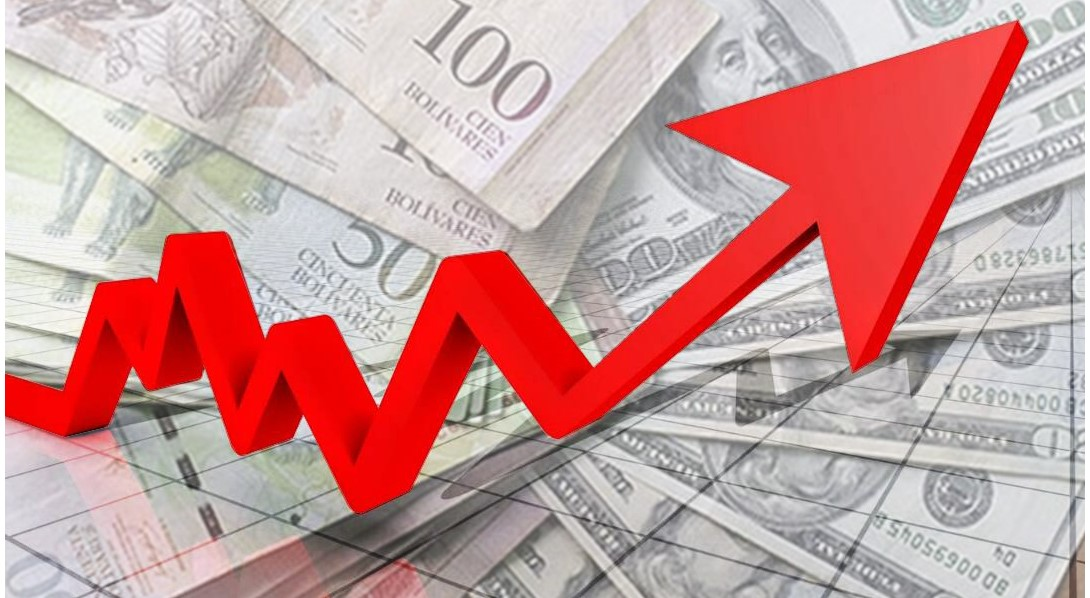 Hyperinflation has framed Venezuela's economic crisis in the 21st century.

Since 2017 prices for goods and services have been in a constant rise of more than 50 points per month. This has destroyed wages for most Venezuelans who on average earn as little as $2 a month.

"Hyperinflation is a destroyer of companies' cost structures and inventory and is something that will continue to increase in the remainder of this year."

In Venezuela, dollarization, although it has not been legalized by the United States, has been something that appeared de facto in the Venezuelan people as a "necessity" in the face of hyperinflation.

Hyperinflation is due to "a problem of power management".

Working in the face of the crisis.

Venezuelans are currently in a vicious circle in which it is difficult to get out of. In this way, we complain about the problems that occur but we do not find a viable solution to end the economic and political crisis that plagues Venezuela.

The work of the foundations:

From the COVEN foundation as well as countless foundations nationwide, we have been in charge of attacking specific problems in food and medical matters. In this way, we provide a viable solution to young people and adults to give them a better quality of life.

Congratulations @fundacoven! You have completed the following achievement on the Hive blockchain and have been rewarded with new badge(s) :

we want to open a WPS on telos about Venezuela and our foundation but we think telos is actually so "elitist" for proposals approval. Maybe you can help us made it possible, we just need almost $500 monthly to made good work and gofundme campaign are still alone.

this a the nearest future for my country... Argentina------- hughs brother

strength to all venezuelans who are still in that country living day by day the terror of socialism, it is unfair but it is what it is.

thanks, dear burnout. We battle for live you can check all our work on web page or social media in Instagram.

Well that is the problem with almost every developing country, crippling amount of coruption it eventually took everyone down, new leadership comes sometimes through revolution sometimes through elections but they almost never dared to change the system existing in country instead they solidify their own positions and fill their own pocket.

Venezuela has had a "revolutionary system" and a socialist model for almost 20 years but it doesn't really work. People need to have "quality of life" and that cannot be found if everyone receives only 2 dollars a month and food and services are sky-high.

Nigeria in a nutshell, but with a splash of high rate of corruption. I have one question though, did the IMF or Worldbank do anything at some point to circumvent this from happening?

Hmmm,
It will be well...
It is so disheartening when I see what bad governance and politics has done to developing countries.
You see the problem is not with Venezuela alone, almost every developing country is facing all the crisis listed above, my country is not excluded, all we need is to end corruption and bad governance.
I wish Venezuelans, Nigerians and all countries facing one crisis or the other more strength.
It's a phase, it will pass.

@lebah
over 1 year ago

Socialism should be followed by dictatorism, that's the cause that the system will only bring chaos to the people.

It is a sad story but an important one. Some of the larger nations on earth that have been bastions of freedom and capitalism are walking slowly along this same path, let's hope they heed the warnings before they meet their demise.

Also to get out of economic trouble and into richness please watch my 12 lessons on cryptocurrency.

Sad. I think it's all orchestrated by external forces. You're not the only example as such.

@huesos
over 1 year ago

Any time I have the proper opportunity, I have to make it clear: inflation is not an accident, it benefits the State.

According to Rothbard, inflation is the process of issuing money beyond any increase in the stock of specie. In other words, new money substitutes are issued without backing of their specie. The great gain comes from the issuer’s putting new money into circulation. The profit is practically cost­less, because, while all other people must either sell goods and services and buy or mine gold, the government or the commer­cial banks are literally creating money out of thin air. They do not have to buy it. Any profit from the use of this magical money is clear gain to the issuers.

If taxation is permanently short of the style of expenditures desired by the State, how can it make up the difference? By getting control of the money supply, or, to put it bluntly, by counterfeiting. On the market economy, we can only obtain good money by selling a good or service in exchange for gold, or by receiving a gift; the only other way to get money is to engage in the costly process of digging gold out of the ground.

Congratulations on what you do. I wish the best for you and our country, especially in these days. You are the kind of people we need.