I have thousands of posts on Hive AND here passing by about Rising Star. And I sometimes even get dropped some Starbits in my Hive Engine wallet. But I never really bothered to check it out. I don't know why, maybe because the "music star" concept didn't appeal to me enough. But today, for some reason, I decided to check it out. And, I must say I like it. A lot.

It is a whole different concept than Splinterlands, which is good, as different games attract different users to the Hive blockchain. So, every new guest arriving through a game, that opens up a Hive account is good for all of us.
Now, I have some work to do, to check it all out, but what I have seen now, looks pretty good. The tokenomics look pretty decent. In my opinion a bit too good, as you can earn quite a lot of Starbits daily, if you have taken the time to do your missions and move up a few levels. It doesn't require any investment at all to start. Which I like. It makes it accessible for everyone. But of course it is easier to move up the ranks if you buy a few packs of cards. So, I did that today, and I will buy a few more later on. Especially because I have noticed, that from a certain point on, you can get a decent daily income for "Rising Star". I won't elaborate completely on that, as you will have to check that out for yourself. ;-) That is the fun part of it. 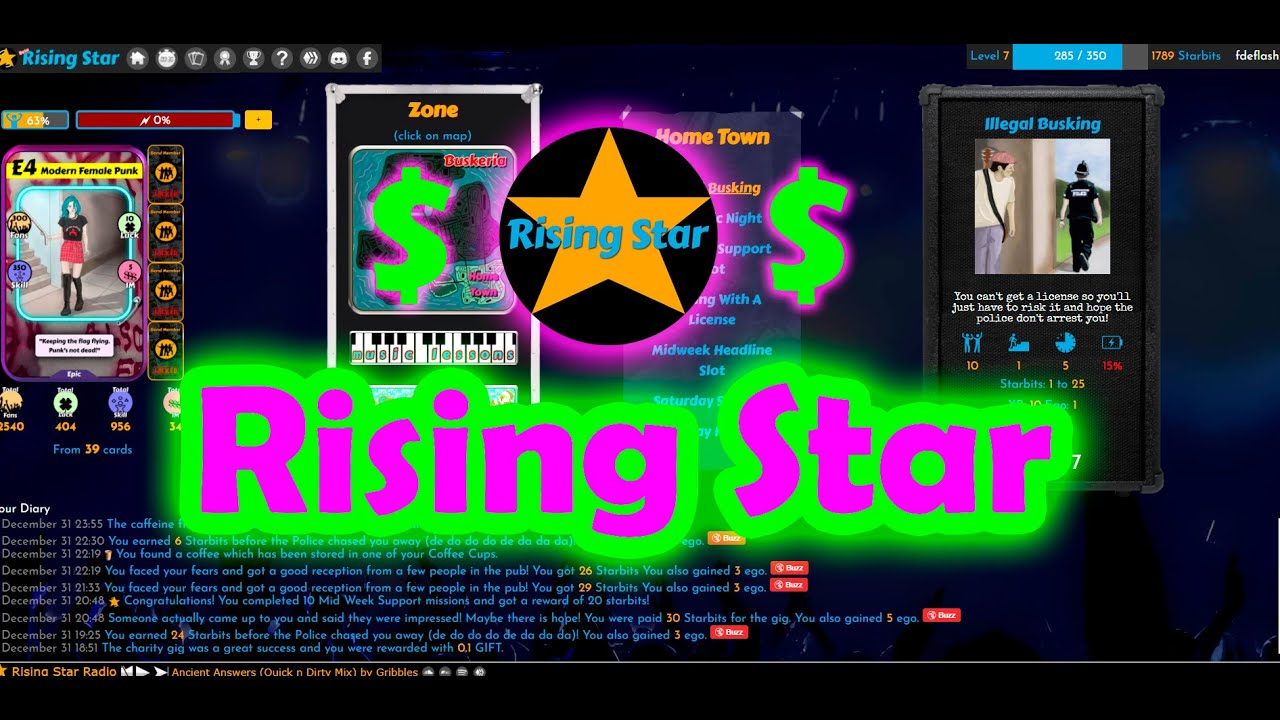 I have noticed that lots of people talk denigrating about Play2Earn games, mostly as if they are pyramid schemes, etcetera... And indeed, some of them are or were. But games like Splinterlands and Rising Star certainly aren't. They have a sustainable economy in the game, and especially for Rising Star's case, no investment is actually needed, to start earning.
Those kind of games are in my opinion a major plus for the Hive blockchain and should not be underrated. Yes, the user interface of Rising Star can be a lot better, but that will certainly improve in the future. But, the influx of people this brings to Hive, and in connection the communities like Leofinance, OneUp, etc... is incredible. It maybe starts out small, but eventually all small numbers add up to a big one, and help the economy of Hive forward.

We should all applaud these games, as they are oxygen for this place.

Glad to know you have dived into this game. I hope you will enjoy more of it. Looking forward to hearing more feedback on this. Cheers.

Rising Star is an OG in these parts. Great play to earn mechanics.

Risingstar is really looking strong. Some user feel it boring but if you engage in buying cards and maintaining ego you will slowly start loving this gamestyle.

I like it, it is fun, it has a few angles to approach it, and it has good economics…

so happy you are playing. I recently got addicted!!!

Rising Star is a great game and it has been around for over a year. I think it's great and they are constantly developing to make the game better.