Fails of the Urban Explorer: A Quartet of Failures X

@slobberchops
over 1 year ago
Urban Exploration

My last two outings have been a little on the shit side. More pointedly they have been filled with failures. I don't know quite what's going on, as this has never happened before. 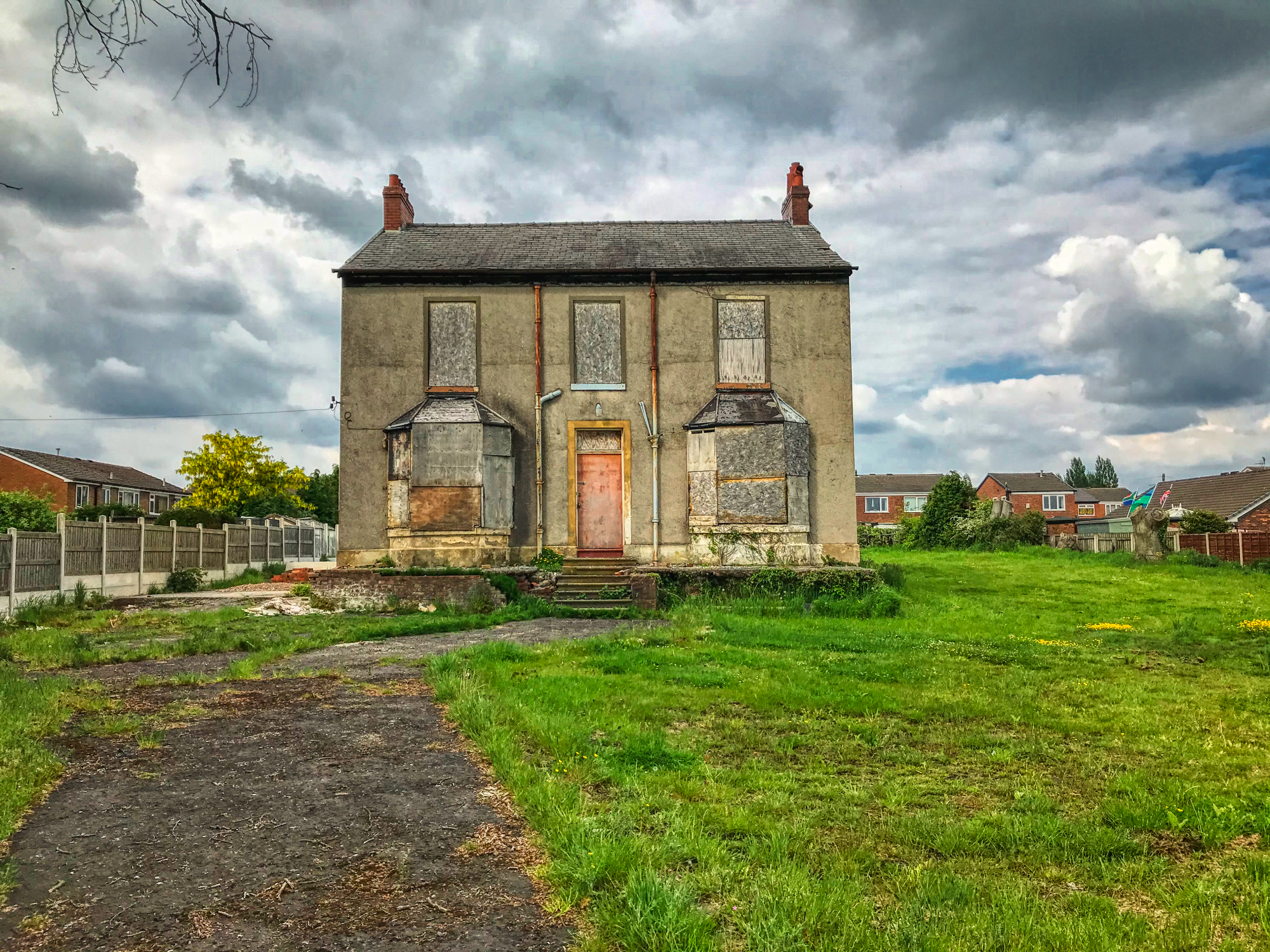 When there are 12 venues on the agenda, and 9 of them are fails? It's like these buildings know we are approaching and seal themselves up giving me a little guffaw as I approach them.

If buildings had intelligence, I swear this is what would be happening. Our last outing was so bad I failed to even snap some of the fails, such was my state of extreme disappointment.

Here are some of the ones I did and the mini-stories surrounding them.

I would wager the nearby residents love this old building smack in the middle of their private detached suburban housing estate. 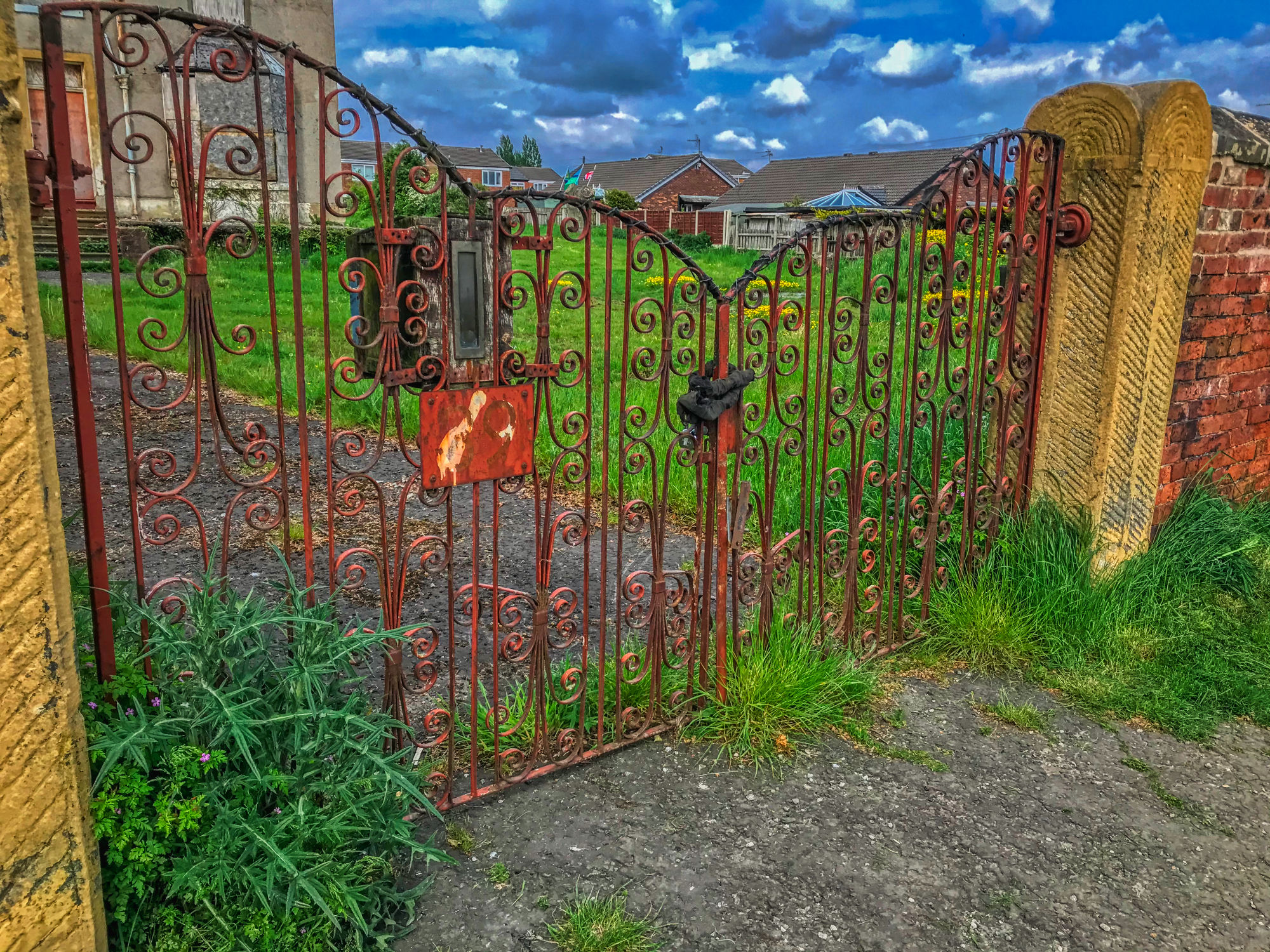 From what I can gather it was an old Vicarage and nobody seems to have been in it during recent times. 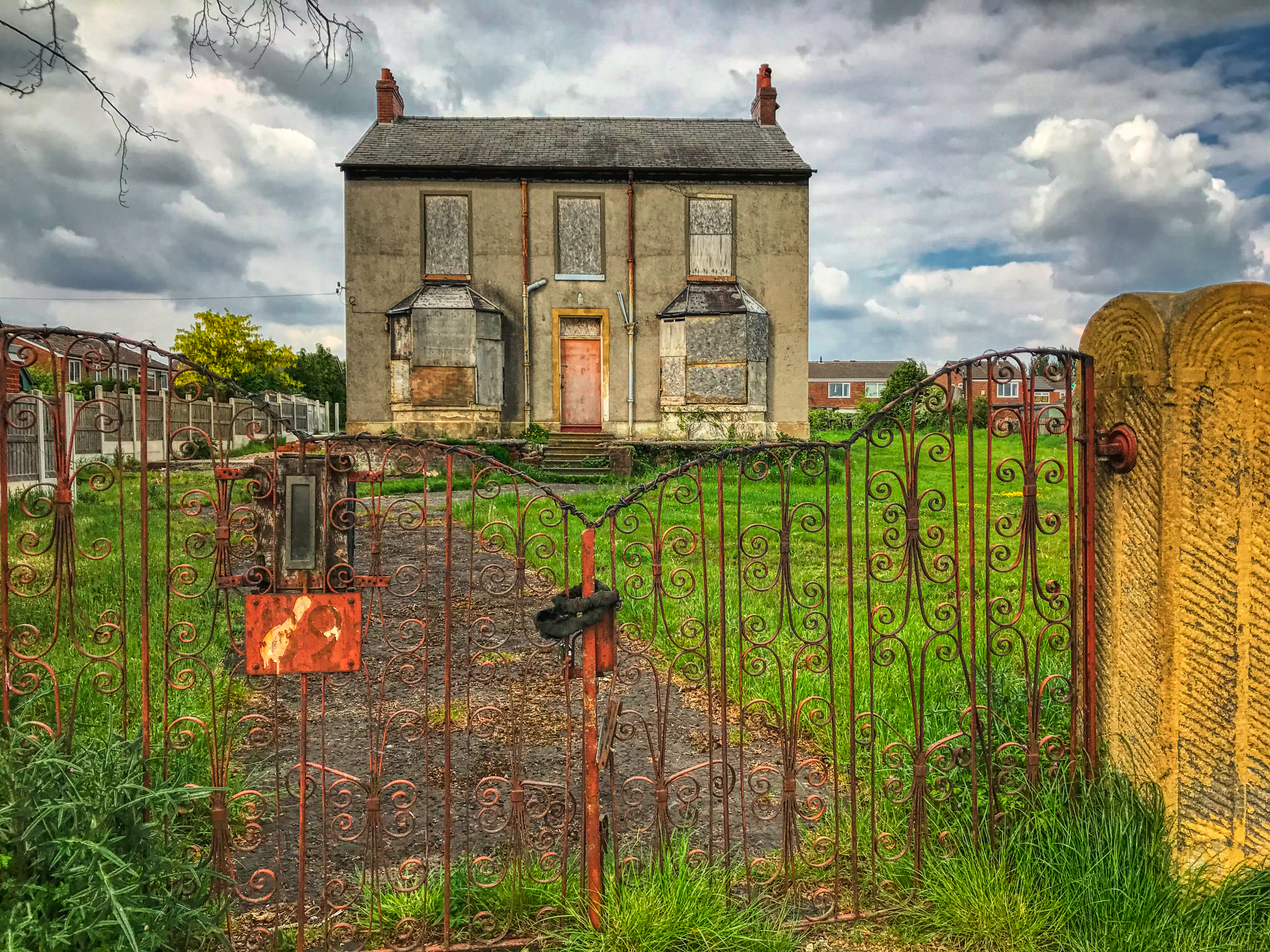 For one, it’s so visible that if you get within over these gates that are garnished both with grease paint and barbed wire, everyone is going to notice as there are many overlooking windows. 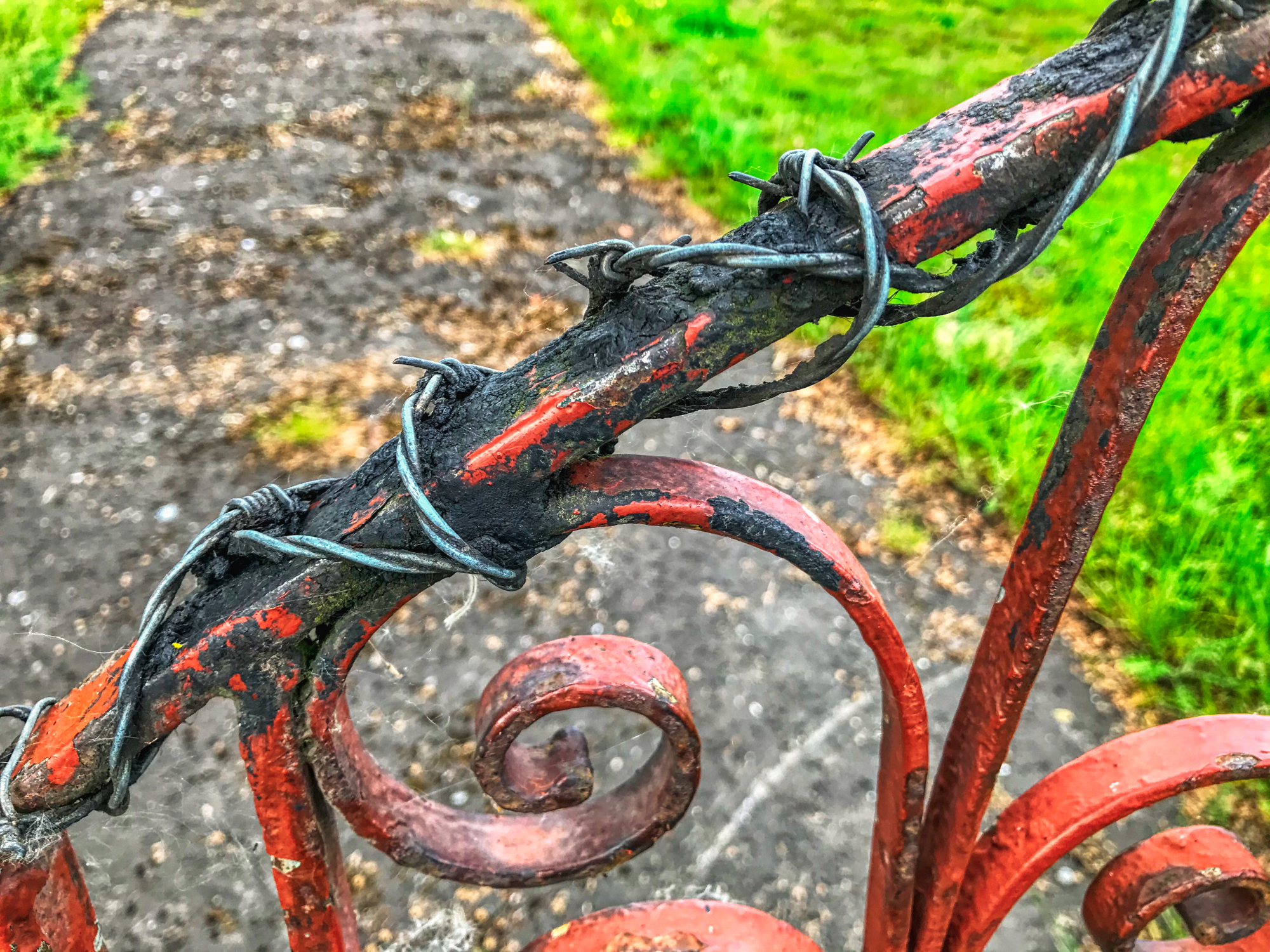 Regardless, @anidiotexplores jumped over to find no apparent entrances within. I swear he has hands made out of tungsten or something.

He did mutter something about 'that fucking barbed wire' on his return and opted for the high wall jumping down more deftly than I ever could.

While wandering through the streets of Liverpool we came upon this one. I noticed the top floor windows were missing and the sky could be seen through them. 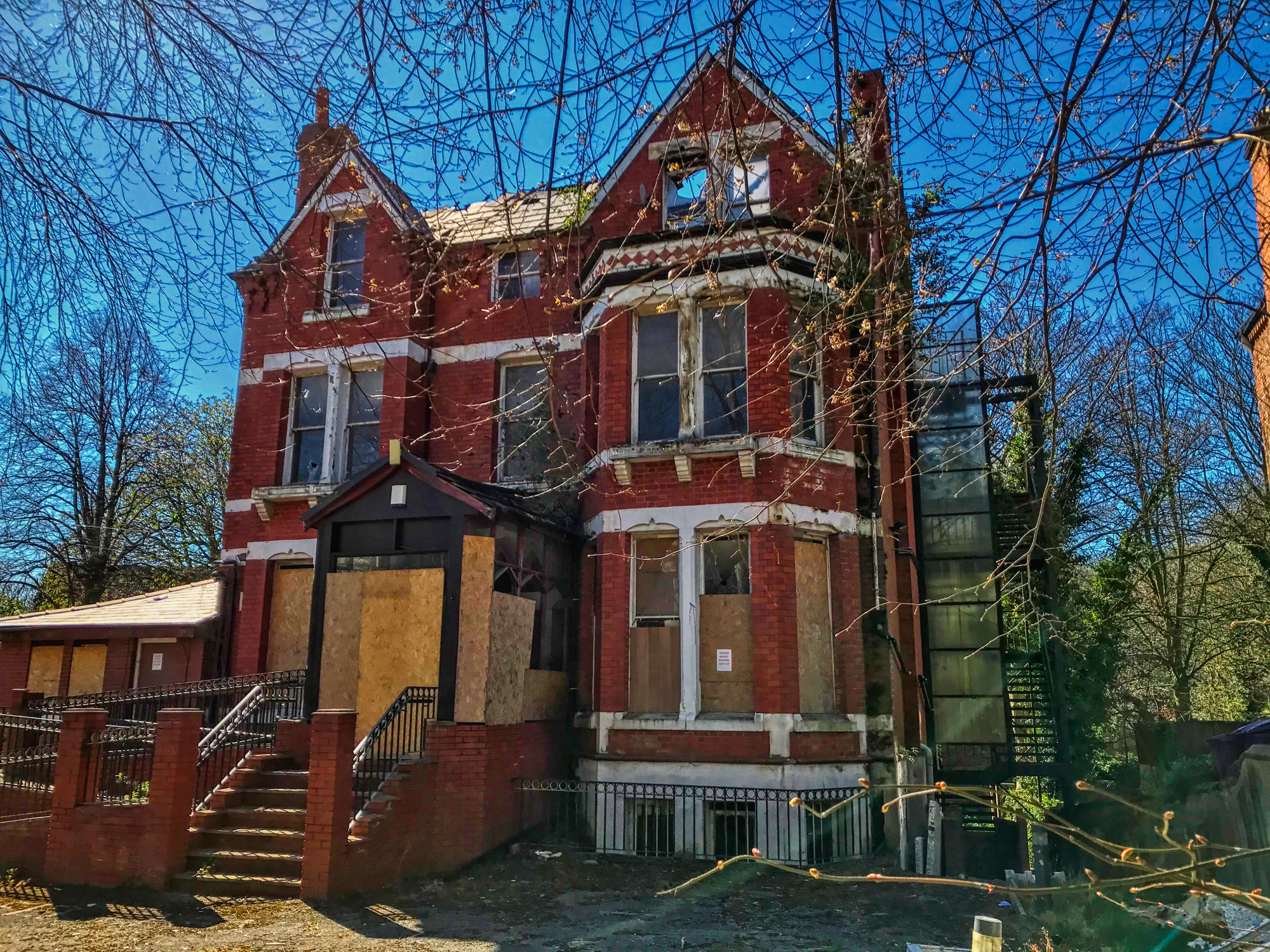 So it was probably a wreck inside and had little in the way of roofing. I named it so as it reminded me of the big street houses I saw when visiting Brooklyn, New York in the early nineties. 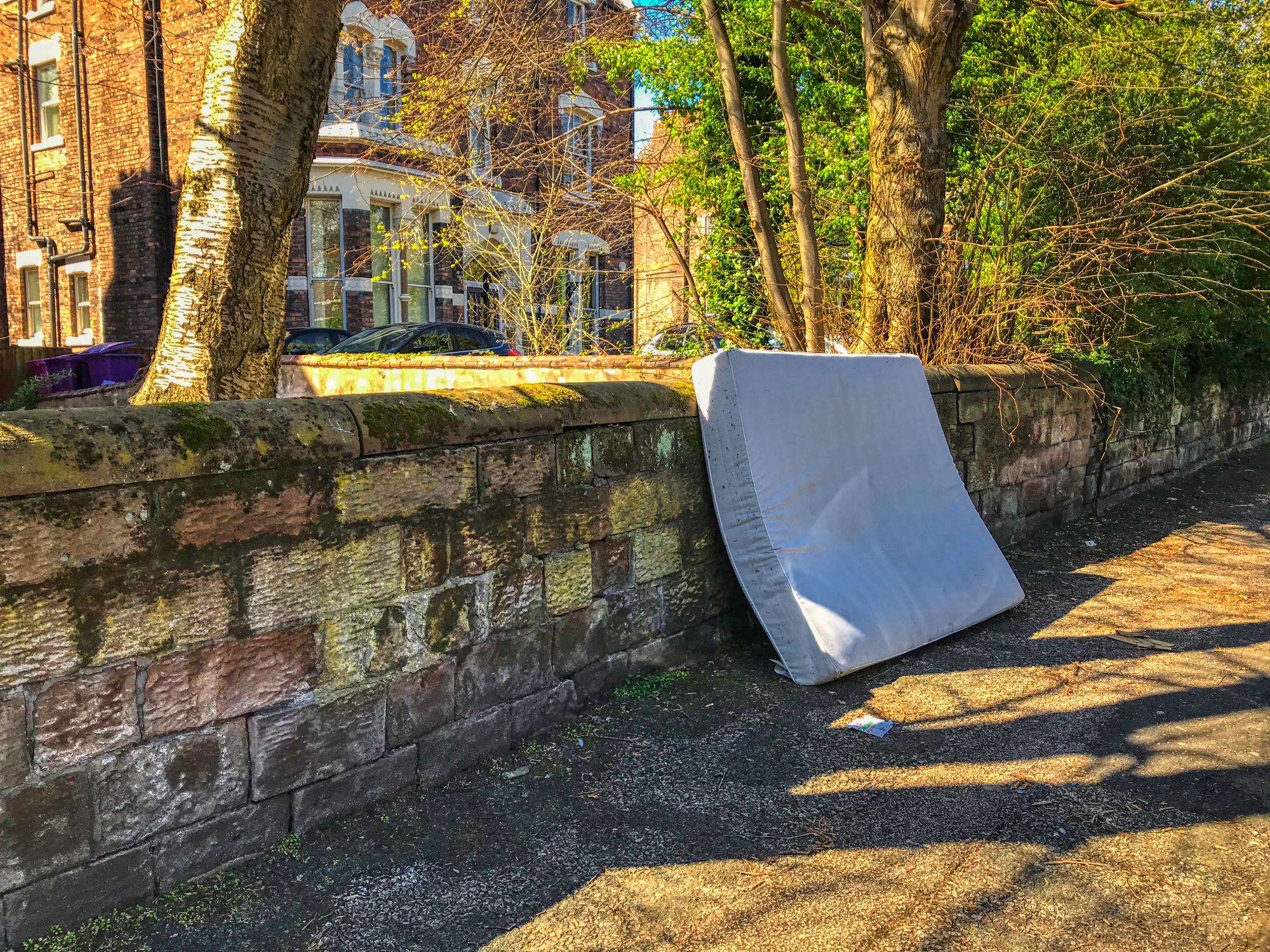 Has this been placed so it's easier to jump the wall? It was never tough to vault the wall to start with, but being so closely packed to other habitable houses was always going to be a problem. 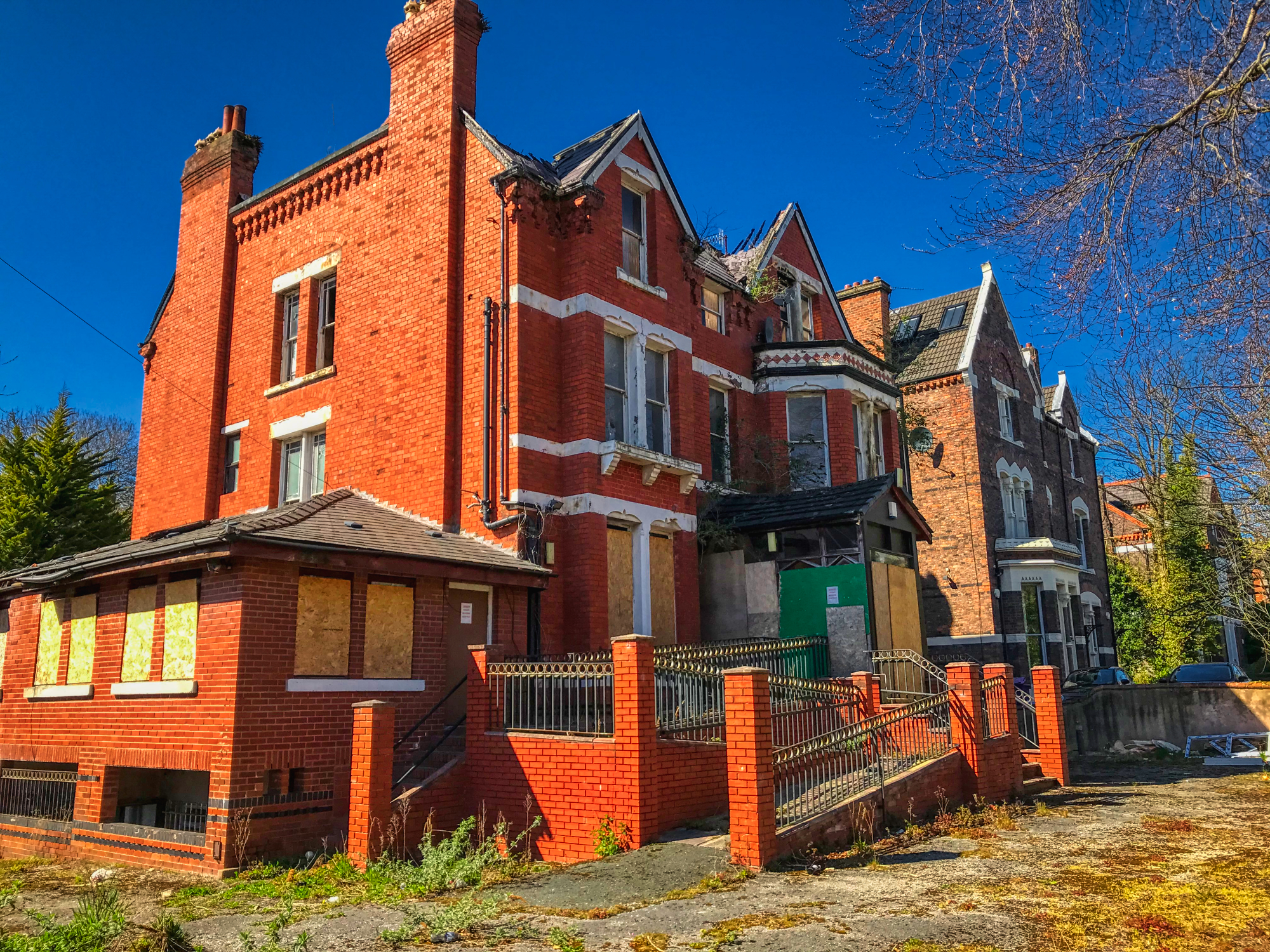 A nosey woman was giving us bad looks after a scout around. It looked like it was being refurbished. Refurbishment is not abandoned to us. We left for the next one.

The Church of All Souls

There have been past reports of the infiltration of this old church located in Manchester. They say it is stripped inside and quite boring. So why were we here looking for a way in? 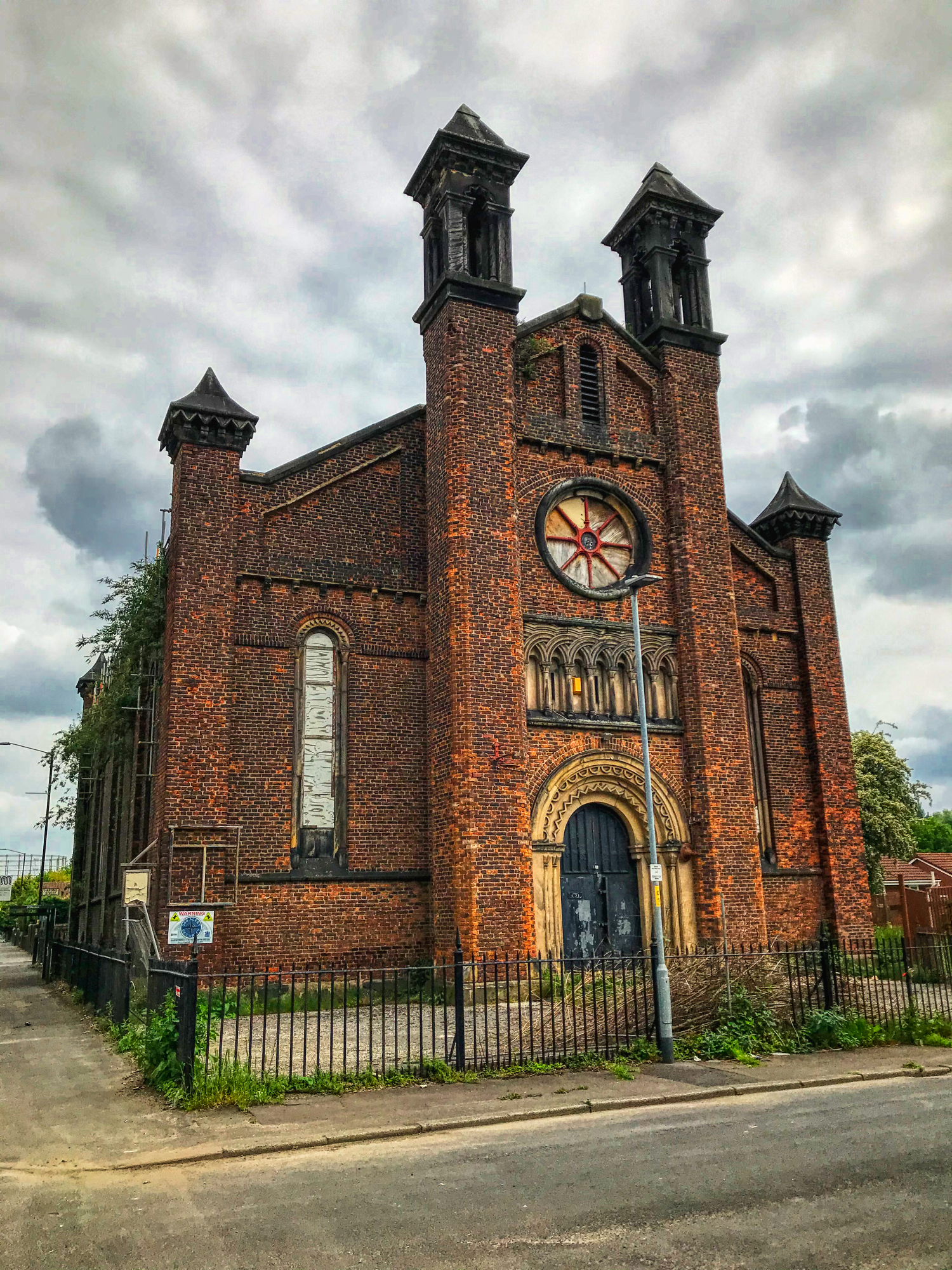 Suffice to say we were getting to the dregs of this city, a little desperate, and need to spread our wings a little. There's little in Manchester left and it will be off my agenda for a while. 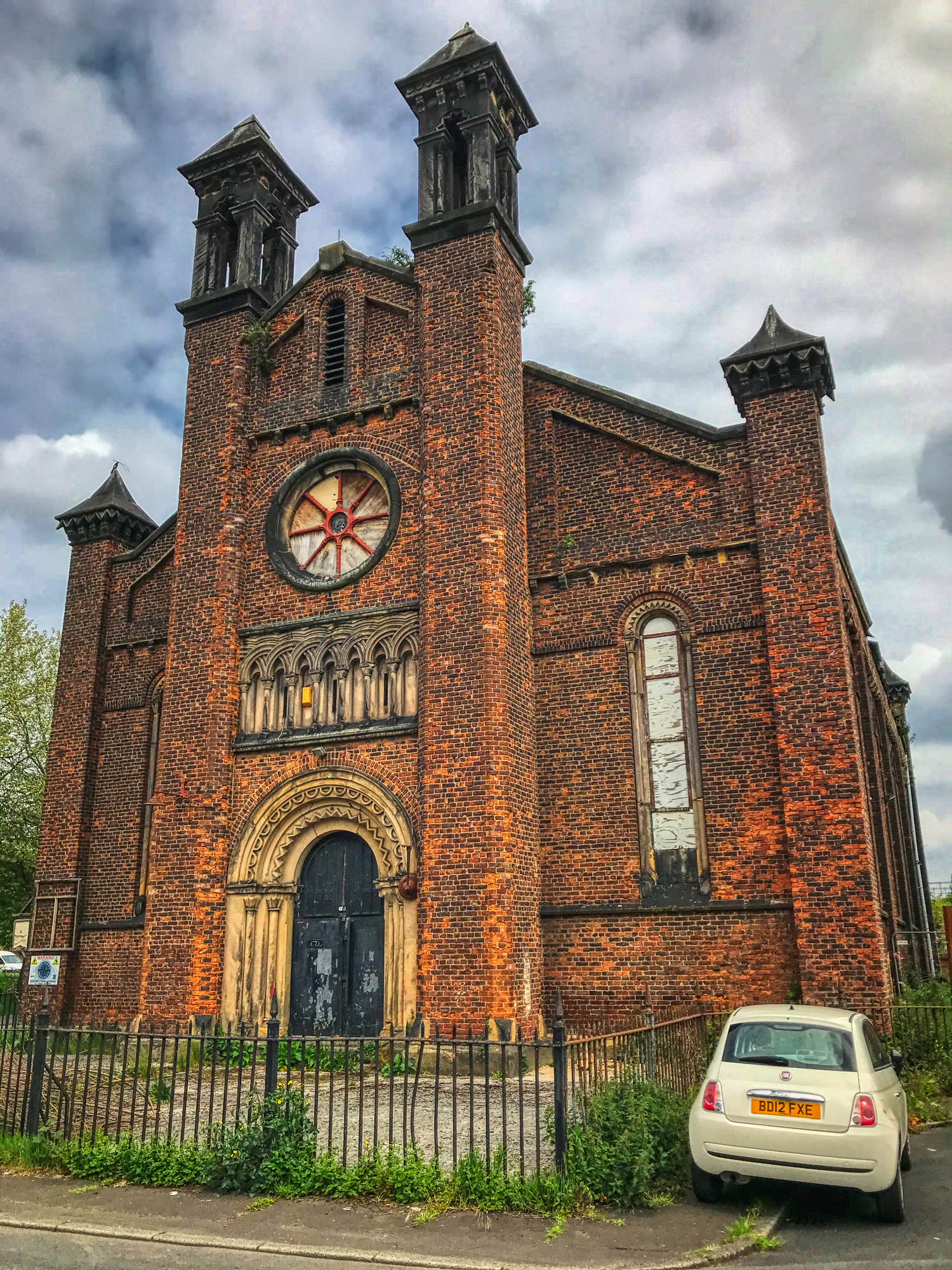 A scout around revealed no visible access points and lots of nettles around the back. It was turning out to be one shitty day. 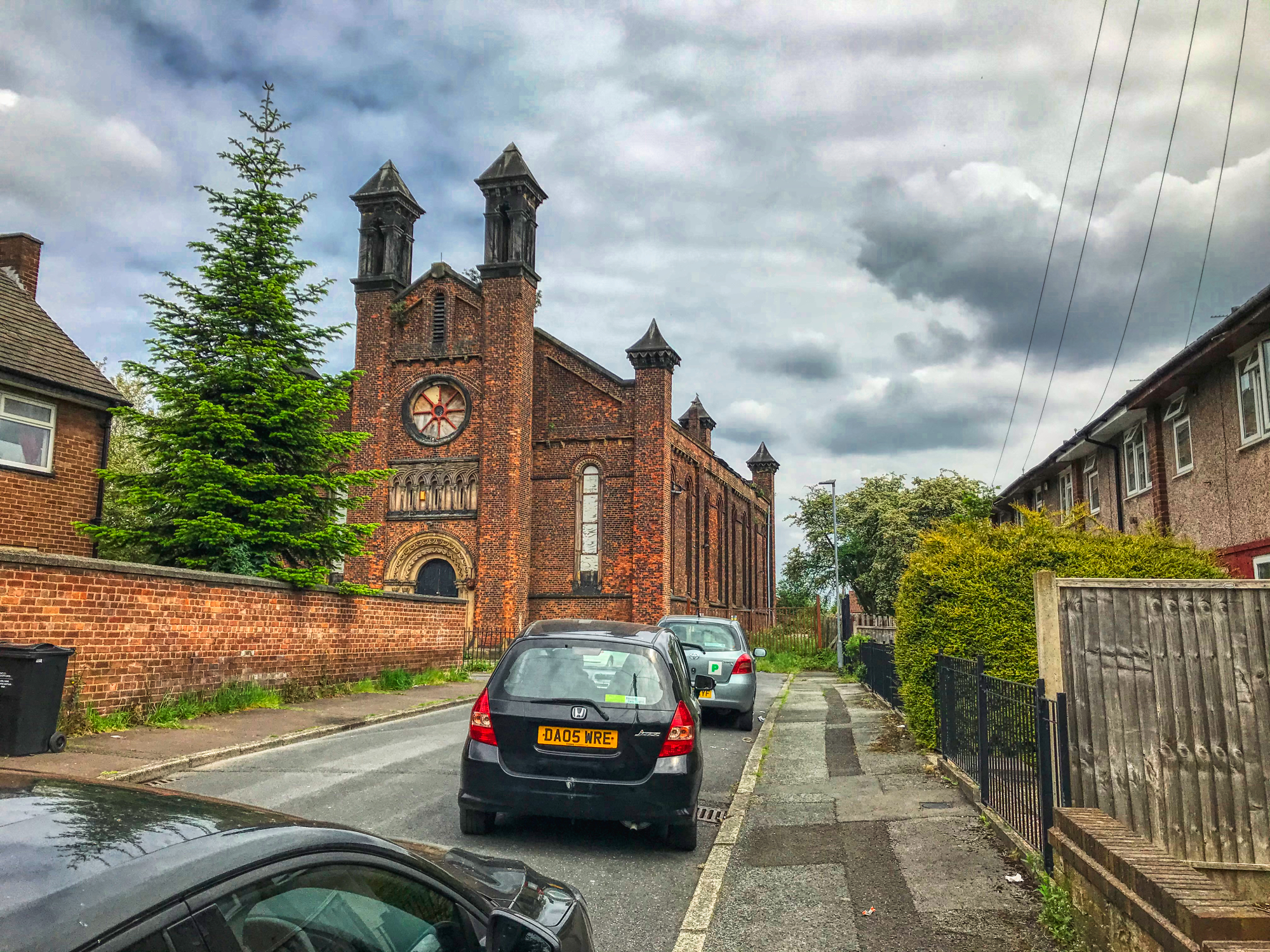 If you can’t even get inside shells, what hope is there?

My appalling luck at getting inside cinemas, theatres, and old bingo halls continues. To date, I have managed ZERO. 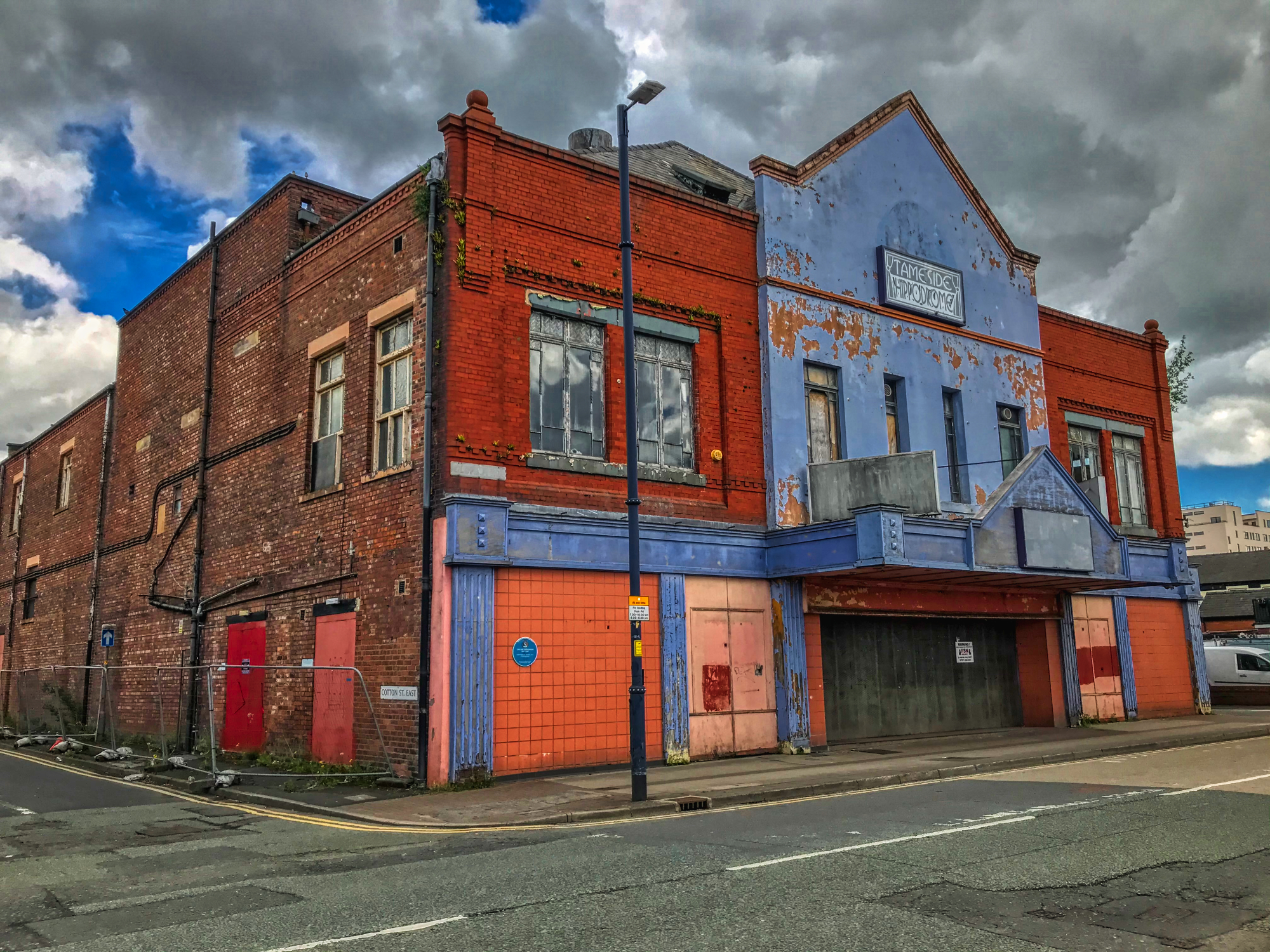 You can't get any worse than that. On the same day, @anidiotexplores mentioned a certain bingo hall as a certainty close to Tameside Hippodrome. 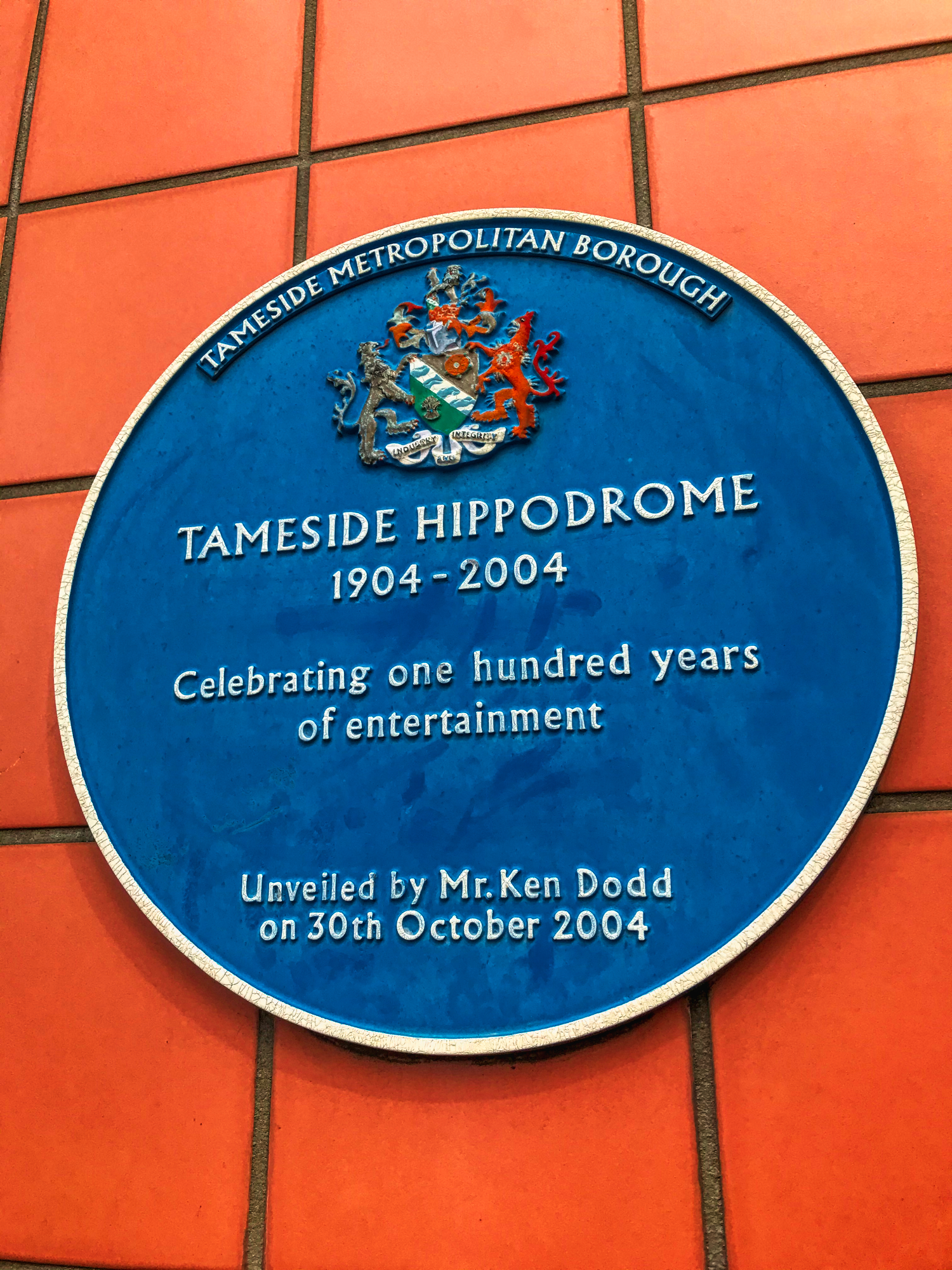 Sure enough, the bastard had been sealed after being open for months. This Hippodrome itself was never going to be on the cards after it was open for ONE day recently and then re-sealed.

However, in this game, if you don't try you will never succeed. It's all down to luck, timing and intelligence. 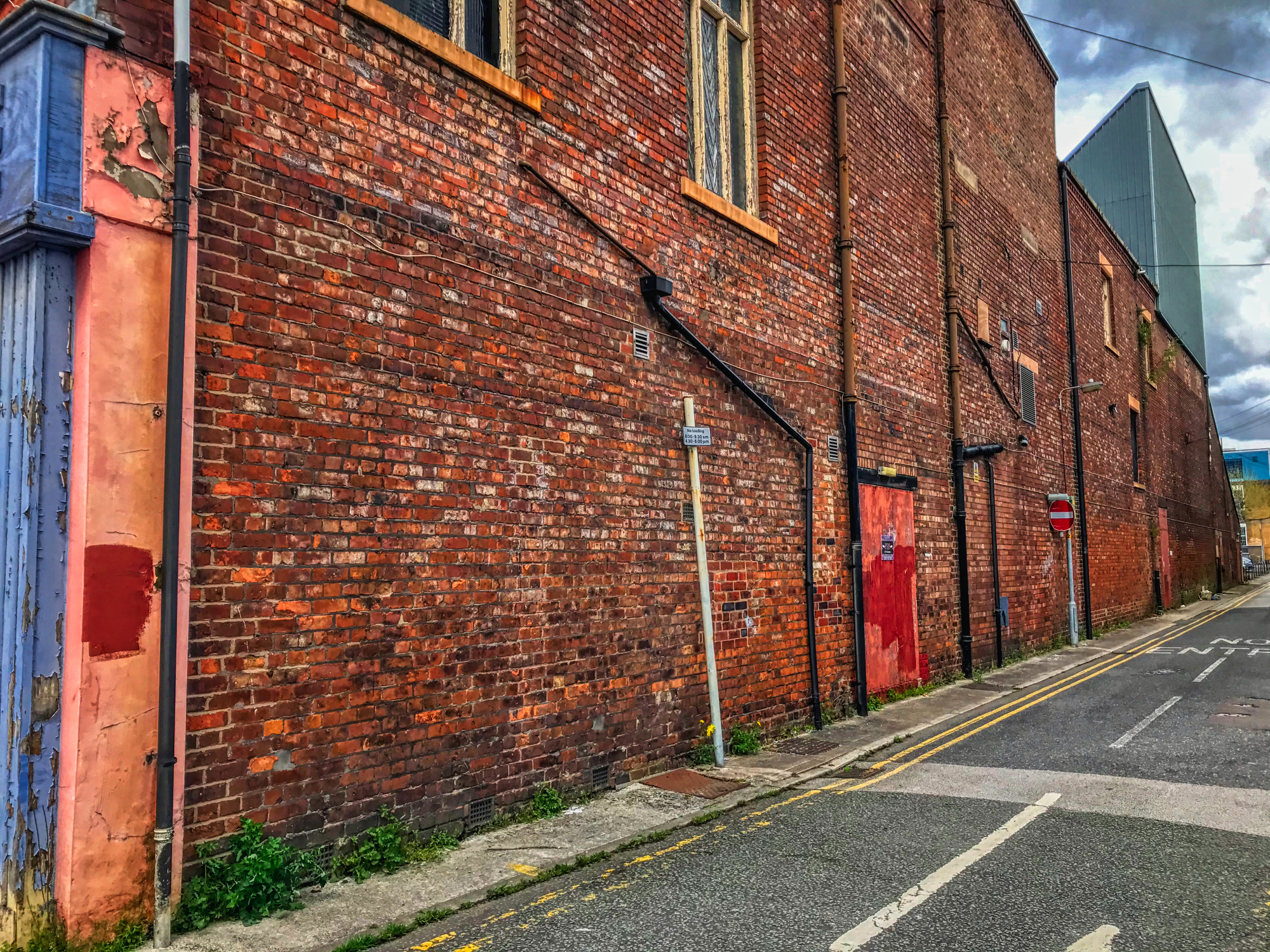 If this sounds like some underground movement, well yes, I am starting to think the same.

Really impressive photos, it seems to be in those deserted cities from zombie movies or something like that.

it seems to be in those deserted cities from zombie movies

Yes, its a recurring theme with me.

Although there are old buildings I love their structure and how it was built. Good contents

They made them to last in the 19th century.

It's amazing how many empty buildings there are, but developers will still want to concrete over countryside. They should be encouraged to build on more brownfield sites. That that it would help in your exploring. Hope you find some gems over the summer.

There's an amazing amount of brownfield left abandoned, empty and not necessarily with buildings left on them. I have to agree,

At least some industrial sites are being developed around us, but also a lot of greenfield too. Our 'village' is going to grow a lot in the next few years. Feels like a village, but has a town council.

The building is great and cloud is nice.i like this building.

I love the old vicarage, I want to live there....how much is it? and where is it?

It's like the ghostly old manor house in the middle of new houses! Not for sale as far as I know, and its near Wigan.

oh nice I like it...shame it not in Brighton lol although if it was probably be too expensive and turned into 50 flats...

Haha, all with 1 room each!

According to Murphy's Law we all have shitty days now and then. And a bummer when it happens @slobberchops, but golly gosh they make for a great post. Thank you, very entertaining and love those old building from another age.

Thanks Angie, I am out again tomorrow with hopefully more luck than my last two outings.

Oh dear, well it's still a cool post even though we didn't get to see inside. Some of these buildings could be really nice if they were re-done. Better luck next time.

You might be right. Maybe there are people who are trolling the urbex message boards and finding the sites and then going and buttoning them up! We should think up a really good name for them. Something clever that is escaping my mind right now. Sorry these didn't work out for you.

Oh there no doubt about that. @anidiotexplores is convinced the sealers watch his posts. With mine, most were done months beforehand so it's pointless following mine for those reasons.

It's still cool to see the buildings and hear the stories. GL on breaking the cursed streak soon

No wonder you team up, all that mileage you are doing!
That vicarage us strange just sat there doing nothing, just crumbling.

Out of place.. springs to mind!