I want to watch this movie from a long time, around 4 years ago. When a friend show me a picture of Jack Black Fighting Satan in a Rock-Off.

It seem that it's not that easy to find in France. I tried to download it, each time it was terrible. Low resolution, in french with really sh*try voices, or in english with japanese subtitles. The best way to see it was to buy the DVD. But I never looked for it.

Few days ago, I bought a VPN, I did not buy it for that but tried to locate my internet connexion onto US servers to see what was on Netflix US that isn't in France.

I was really seeing a lot of movies and saying "oh this one could be great" or "Oh, I never saw that one, put it on the list" and there is finally Tenacious D. I just clicked on play at this exact moment.

One thing I did not realize is that, Because it's Netflix US, it's in English with English subtitles only and while I can understand English most of time, here they sleek pretty fast and use a lot of expressions and it can be hard to understand everything when english is not your native language.

Fortunately, while I needed some concentration the first 5 minutes, it started to be way easier and I could enjoy the movie.

The movie is a Fake BioPic of the group *Tenacious D, a rock group formed by the two principal actors, Jack Black and Kyle Gass.

The main goal of the characters is to find the Pick Of Destiny to be able to write a new song that will transform them into the best Rck band of the moment and above all being able to.. Pay their rent !
To find the pick they will need to face several problem and prove their... bravery ? They'll need to quit their comfort zone and beat their ennemies.

How to they beat their ennemies ? With Rock'n'roll !

I usually don't like musical moovies but for this one it was really pleasant. The lyrics are really useful and most of time the musics are really well placed and not here just to make something cool like it was on movies likes "High school musical".

I am that kind of people that you hate when you ask :"What kinf of music do you listen to ?" because my answer is "Everything". But my answers is a little bigger that that. I indeed listen to a lot of kinds ofmusic, but I'm really selective and listen to very few songs of each. One kind of music I love is Classical musics. One thing I love even more is mixing two types of musics that are really different. Like Classical-Dubstep for exemple, or with some rock, and that happened :

That's one of the reason I started to love the movie after few minutes.

The face they are both making all along the movie are awesome and I don't find it too stupid.

At first, I thougt It was bringing me memories from the movies "Jay and silent Bob". But, there was differences. Then I remembered of another series of movies.

There is so much similarites between these movies. And I love them so much (I only saw episode 2 and 3 of Bill and Ted).

They are both buddy movies, with Rock'n'Roll, two dumb characters doing strange faces and calling everyone "Dude" and obviously meeting Satan in person.

What I like more about it compared to bill and ted is that this movie is not showing us a lot of supernatural events. We're not visiting hell or travelling in time. Just following to guys looking for a guitar pick with a pizza deliverer car school and farting. They don't do this to save the world, only to play more Rock'n'Roll.

This movie is something really simple. If you liked Rock, Jack Black and can hear some jokes about penises, you will probably have some great time watching this movie.

I really think that if you did not already see this movie you should give it a try. Even if there is Penis and fart jokes some others are really funny and not that stupid.

The movie is showing how to creat friendships and that could really talk to teenagers even if the actors are between 34 and 44 years old because they are really acting like young and lost adults.

Thank you @ykretz, for using the CO2 Compensation Coin (COCO / SWAP.COCO) on Steem-Engine or on Hive-Engine to reduce your CO2 footprint. You want to join? Buy some COCO / SWAP.COCO and transfer them to CO2Fund's account @co2fund.

I enjoy your post so much! At some point I was watching the Bach part like if I were a kid with a candy, I'm watching it tonight for sure. 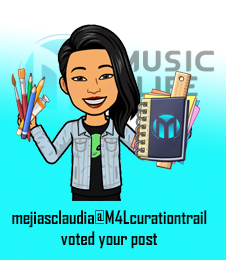 Sure watch it ! It's really entertaining !!