After a good deal of discussion in Reddit's r/WallStreeBets, it appears that the community is moving to precious metals from over-shorted stocks like GME, AMC and the likes. Silver is identified as greatly under-valued metal which is valued about 70x less than gold despite it's supply is only 8x that of Gold. What more, much of the silver consumed in industry isn't recyclable the way gold is. Yet prices of silver are artificially kept low through market manipulations.

So after successfully short-squeezing Gamestop (GME), institutions shorting silver are on target this time.

However, some are saying that bigger banks like J. P. Morgan will actually benefit from the price appreciation as they have stopped shorting silver lately and have tons of silver in physical deliveries.

So why should we rally silver prices?

Well, the movement is to expose the practice of naked shorting. If someone has physical silver, it's obviously a valid bet. But those hedge funds manipulating the market with naked shorts should go!

So are you going to long silver in support?
What in your opinion is the true worth of silver?

I've been long silver for awhile lets go. I think the true value at least $50 an ounce, probably more than that.

Hmm, so how much it should be now

I'm really long, longer if I get Grandchildren. 🍼
I see the proper gold to silver ratio as around 1:20 to 25.

Thanks for keeping us updated and for your report, @xyzashu. Even a few grams, of Silver, look good. 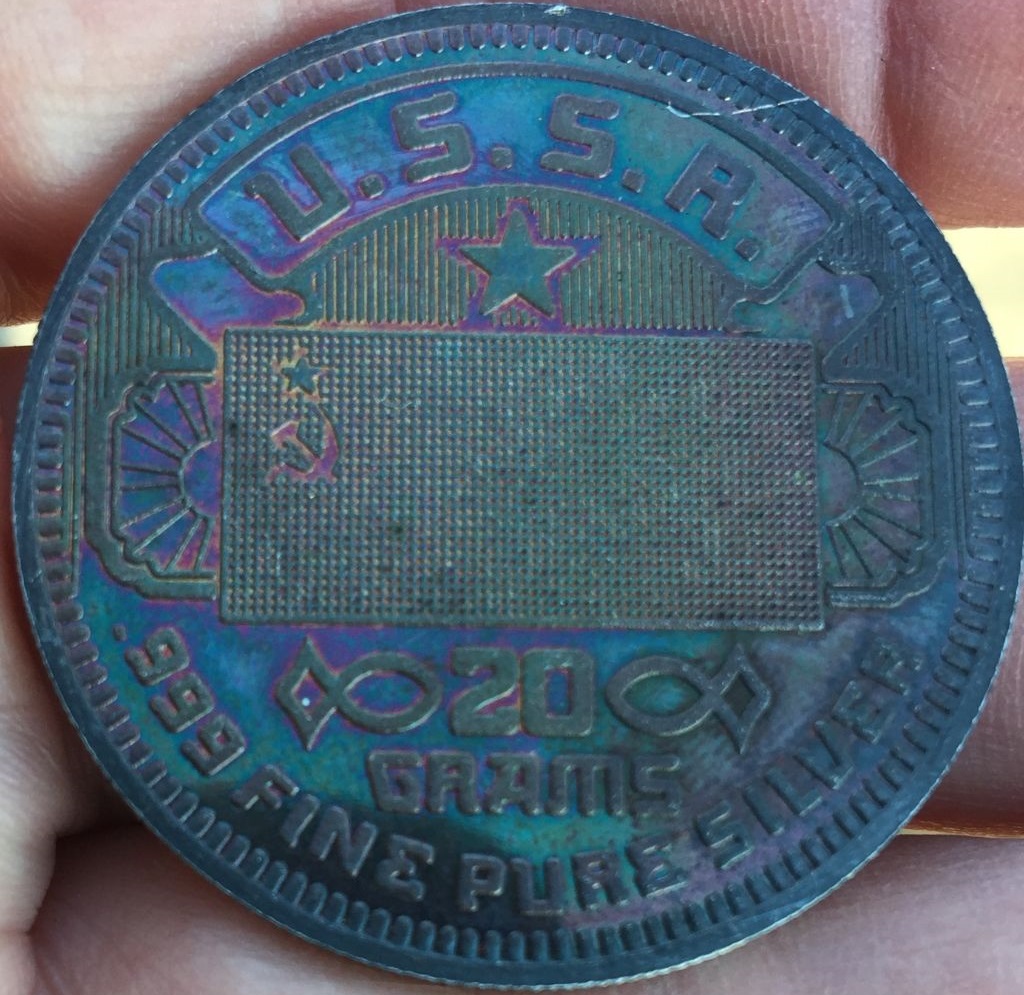 Don't believe the hype! r/wallstreetbets is just an open board not some secret savior organization.

The major players on the "short side" of the GME trade are bleeding capital primarily Citadel. But don't ya know who is massively long SLV, if you guessed Citadel you would be correct!

Mind you I am a stacker of silver and have been for decades now. I like physical silver, in fact when I saw last week what reddit users were doing I had a hunch that the silver market would explode.

The shorts in GME needed cash and they needed it fast, what better way to raise cash then to place a rather false report that the GME boys were now attacking Silver. On the entire board only two posts even mentioned SLV and one of those has been deleted. In short, this was "fake news".

Citadel Capital just made a ton of needed $$$$$ to continue trying to close the short position. By the way they have not yet closed that position. If they had why is GME still trading in the nosebleed section. On Friday many options expired. Now comes the FUN part of this saga, the shorts have to actually deliver the shares.

The real question is: Do the shorts have the shares?

In addition, trying to cover the short position in GME almost caused a liquidity FREEZE in the entire market. Commercial Bankers had to sell whatever assets they could find. As we all know the playground of the Commercial Banks is the COMEX futures market. I suppose they were forced to close many of their short positions in silver to raise that money.

What is more interesting is how many people ran out and bought physical silver.

We live in interesting times.

You're probably right as this short squeeze seemed to have failed with prices taking a bearish turn. However, it did make so many new investors to stack on silver ...possibly for the first time in their life! 🙂

I believe silver is undervalued. The 'true worth' of silver should be over $100 per ounce.

My perspective of worth is based on the cost to mine silver and produce it. Also, another major factor is the need to use physical silver for the solar panels and the drive toward green energy.

I believe the suppression of the price of silver is necessary to accomplish affordable green energy.

Well, I agree with you. Silver does constitute about 5-7% of photovoltaic cells. So even if its prices increase by 300% from here, the cost impact on solar panels should only be about 10-15%. So that shouldn't be of so much concern, I guess.