The Volcanic Lava Spider In The Fire World 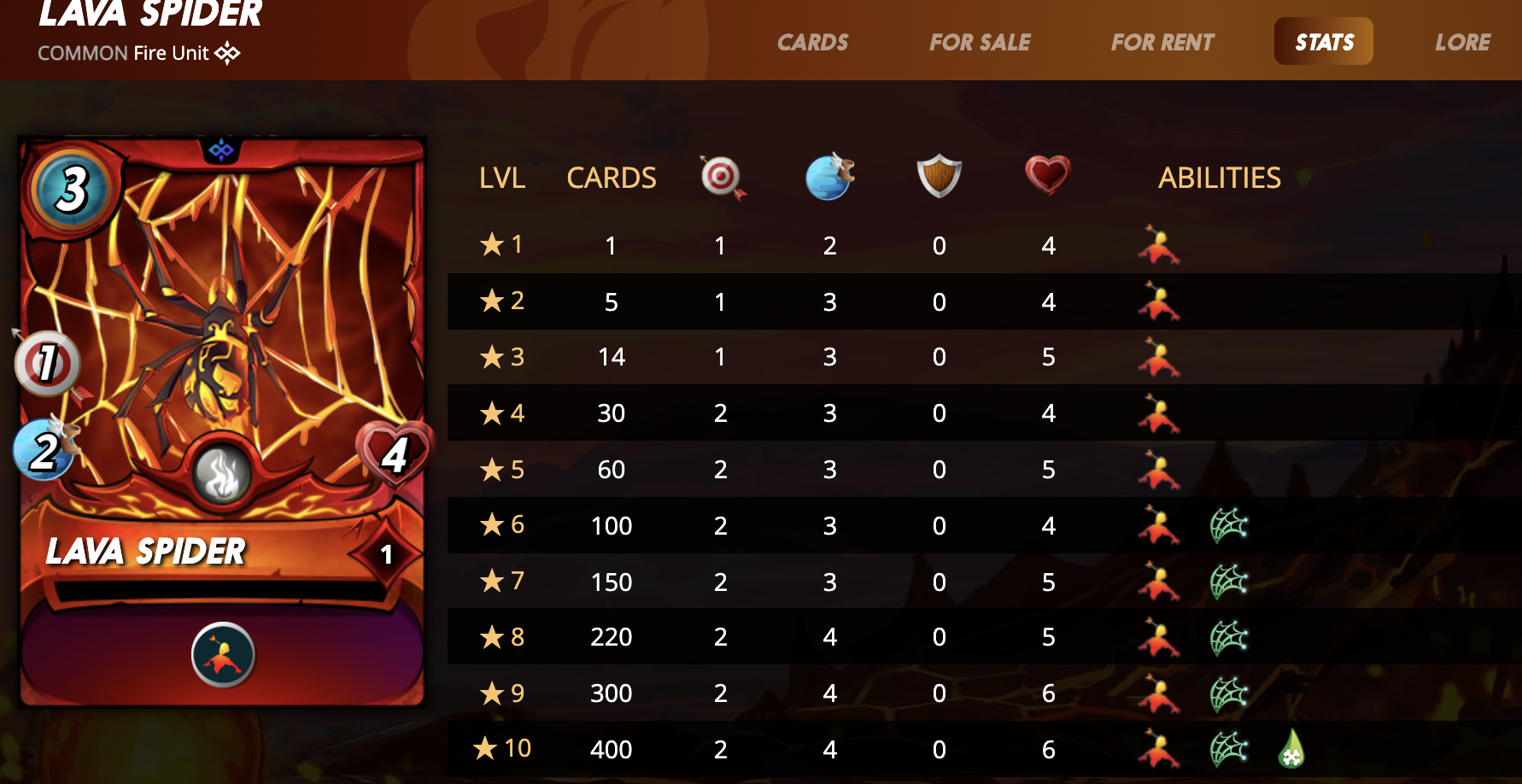 Yippe! it is another splinterland challenge time for this great week, and we are going deep into the Praetoria volcanic world to pick up this special lava spider for the week, this monster is one of the low mana cap ranger in the fire work with 3 amazing abilities which are the snipe which allow users to target magic and range card which are not a frontline (melee cards are save), a snare ability which allow this card to attack flying ability cards successfully and wont miss then the poison ability when maxed which give extra damage to the victim, using this card when maxed have a lot of advantage especially when you use it with another summoner that can give extra range attack like zaku etc. Let go deep into the battle.

The battle happened between me and @geneticshuffling in a 48 mana cap battle with the Earthquake rule which deal 2 damage to non-flying element and we were to choose from fire, life, earth or dragon, it was really a tough decision to consider, would have pick dragon coupled with earth since lot of flying monster card are available there, but since it is a high mana cap battle and i need to do the task, I went for zaku instead, high mana capped with such rules mean, I need to pick strong health cards since i dont know what the opponent will use and since I have blast ability, I should have more advantage and I wasnt surprised when I saw my opponent deck.

I make use of The Molten Ogre as my frontline because of the strong health, 3 melee attack and also the demoralize ability to reduce opponent melee attack, this card always fit as a strong frontline then I backed it up with Giant Roc which is an average card but useable ability which are the flying ability and also the reach ability. it wont suffer much damage since my opponent isnt using blast ability. I thought of using a sneak ability card so it can attack the backline and add extra damage so i decide to use Tenyii Striker which also have a dodge ability.

I thought of using a magic card at least to attack health directly instead of shield, but since i really cant see a magic with the snipe ability, I decided to neglect and pick ranger cards instead so i decided to use Molten Ash Golem really strong in terms of health and have the close range ability, I also used the Etiin Spearman with the piercing ability and 4 range attack which is really useful and i put the main card as a backline.

Did I win? you wont know until you check out the battle. Also dont forget to join us on Splinterland.