Lux Vega | The Long Wait Is Over Like they use to say the long wait is over, Lux vega the first legendary neutral summoner is finally here, official sale was yesterday and it was sold out before I even notice it, like people were really waiting for this summoner. It got sold at $1000 each and you can get up to $500 discount using voucher. Checking out this summoner, the character is really dope with that wicked witch vibe, the stats which is 1 speed, 1 armour with 1 health is really cool, another summoner to boost your speed if you love using speed in battle, having cards with huge speed stat always have lot of advantage in battle, you get to attack first, and opponent with lower speed might miss when it attack your cards.

At first I really didnt know how this cards will work, check the market and saw it is already listed at lower price and also available to rent, had to rent one to check it out and was glad it is actually working like a dragon summoners where you can pair it with any element. I even thought it will nullify some rules like this taking side rules that doesn't allow any neutral cards in battle, new flash it didnt but still nice since it do show up in all battle irrespective of which element they ask you to choose from, at least you can always pair with as much as you like.

It wont be bad trying it out which I did in this battle below, the fight between Lux Vega and Grandmaster Rathe in a 40 mana cap battle also with the earthquake rule that deal 2 damage to non flying monster card each round and also the taking side rule that doesn't allow neutral cards. I decide to pair lux with life and pick up most of my flying monster cards first ranging from Uriel the purifier, Luminous eagle, Celestial harpy and Pelacor arbalest, since i didnt use dragon summoner, I have less flying monster card so I have to slide in Slivershield assassin and Divine healer which got affected with the 2 damage each round. He came with his strategy with 3 resurrect ability cards, he really came prepared and destroy me at the end. 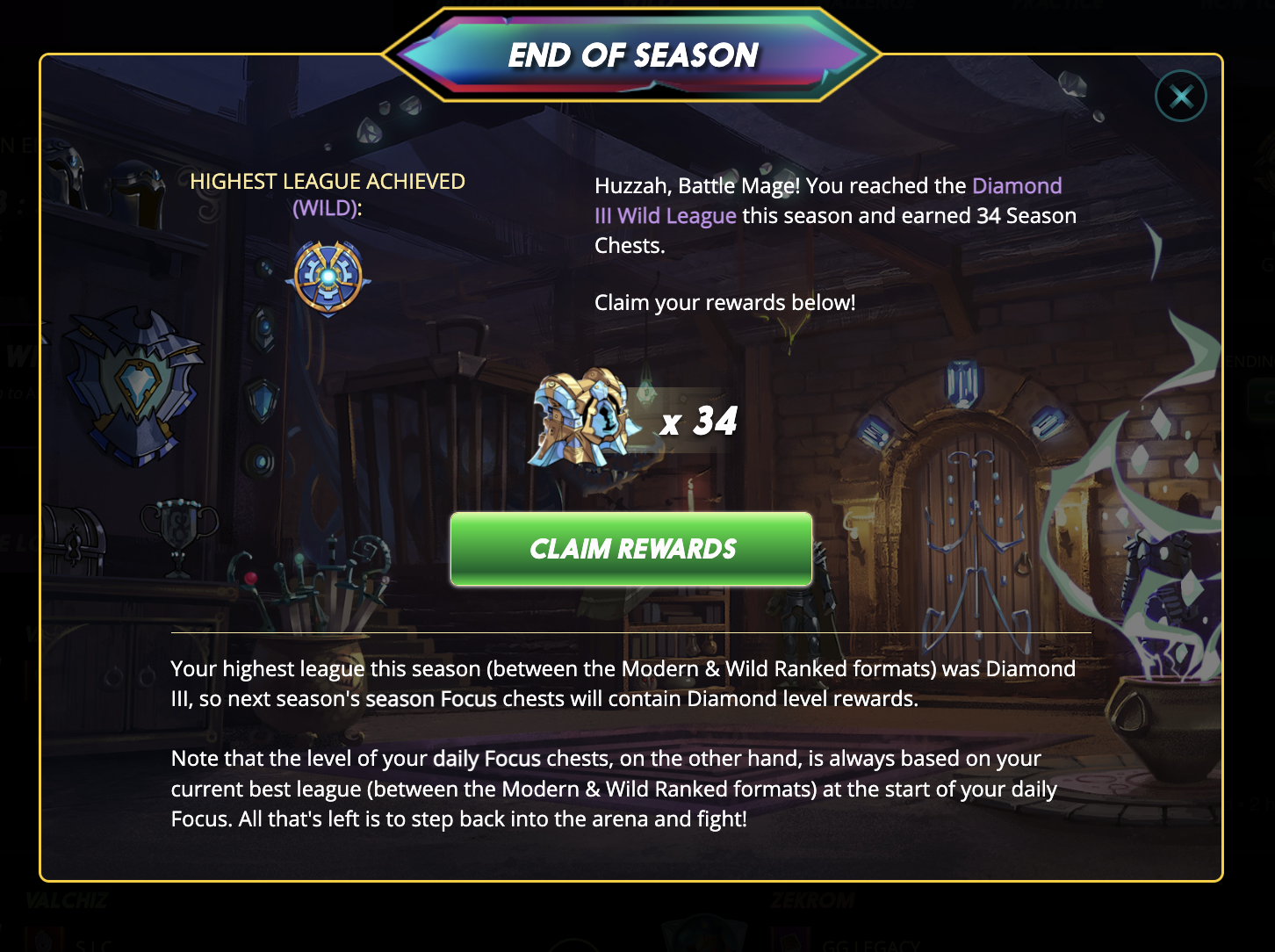 This previous season was really up and down and really hard especially at the beginning, I even had to fight my way to diamond 3 this time again with 34 chest in total. 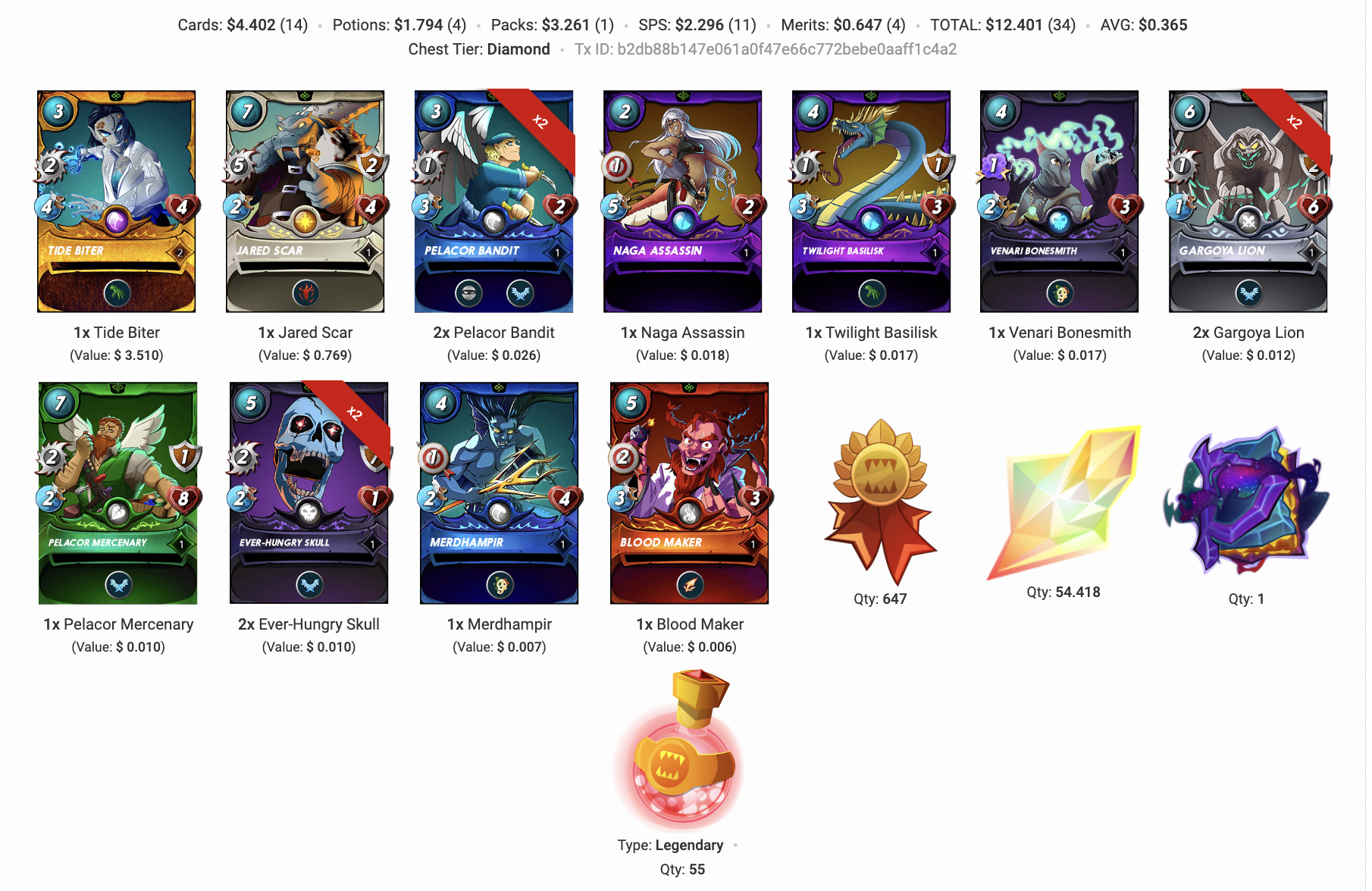 The rewards were really different, I still need to up my game to championship league if I really want good reward, I saw a good tide biter this time and also a legendary jared scar. What actually made my day was the gladiator packs I opened today. I notice back then I do open a gladiator pack immediately I have 2k merit and most reward aren't good, just bunch of common and rare monster cards, so I decide to wait and keep accumulating my hoping if I opened them in bunk, I might be lucky enough to see a good cards. I accumulate up to 8k merit this time and purchased 4 gladiator packs to open and guess what I saw. 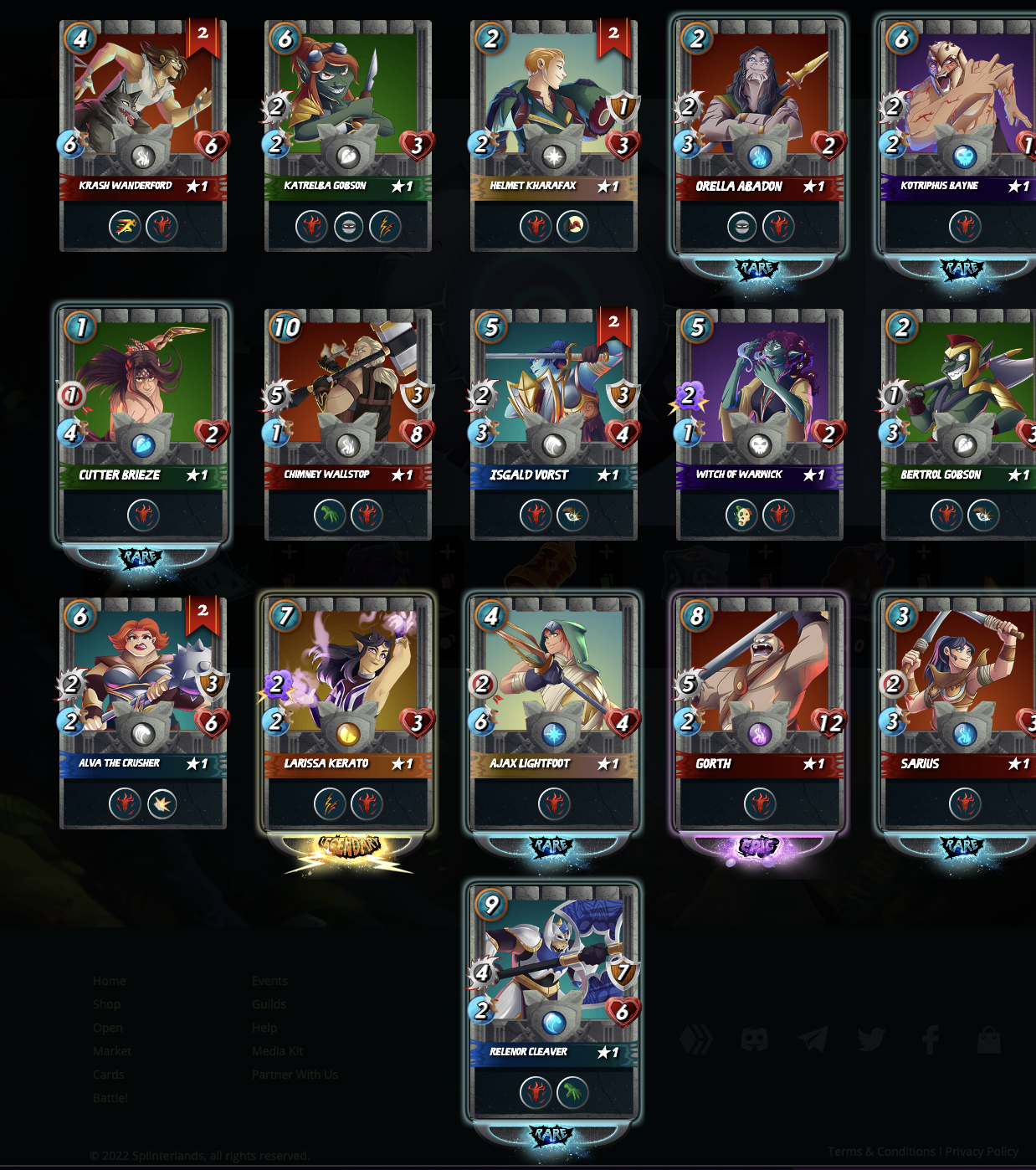 A legendary larissa kerato which is a magic card from dragon element and also with a double strike ability, I wish i can get more of this particular card, it might be a game changer since it is the first double strike gladiator card am seeing. Time to accumulate more merit and open them in bunk again.

@splinterboost
3 months ago
This post has been given a 10.0% UpVote by the SplinterBoost Community Curation Bot.

By delegating your HP or some token to the @thranax bot, you are helping to support the community and the bot and earning healing rewards every day! and you will also get token with healing, here you have all the information https://hive.blog/pgm/@thranax/token-and-hp-summary-week-1