The Best Way to Earn Crypto in 2021: How I earned 115k HIVE from Second Layer Tokens in 15 months 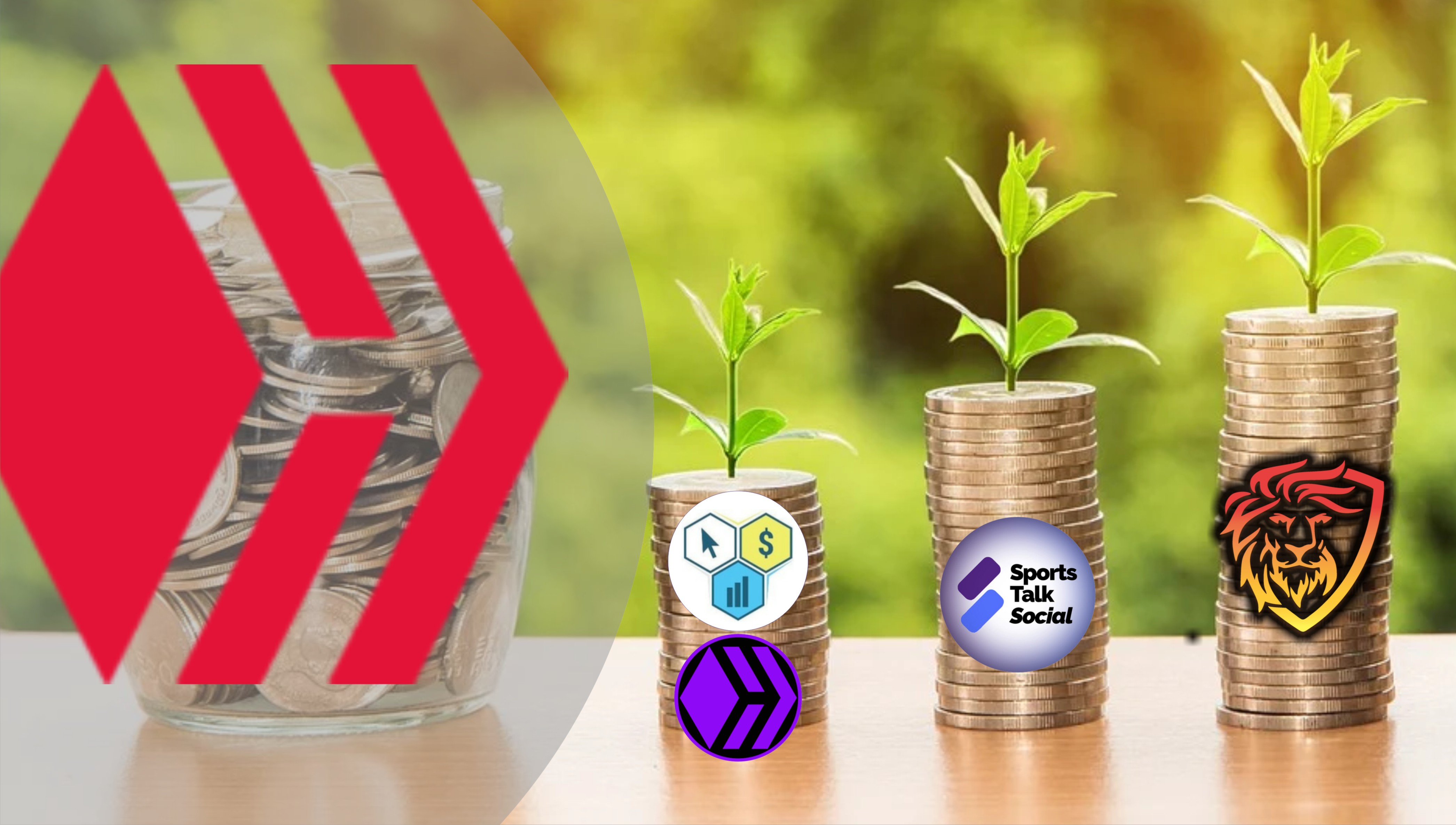 I just read @LeoFinance's yesterday blog presenting the LEO earnings of top 30 earners in comparison with their HIVE earnings in January and then summarizing that creating content and curating on LeoFinance.io is the best way to earn crypto in 2021. That's quite true and I can attest to the fact that over 70% of my total earnings in 2021 on Hive has been from LEO.

The post promoted me to make an overview of all earnings I've made on Hive and Hive's second layer and the outcome is quite overwhelming. January 24, 2021 marked my 3 years on Hive but my very active engagement in the blockchain started on march 1. At around June 2019, we started hearing of Hive-Engine and I actually started earning on Hive's second layer in August 2019 and SPORTS was the first token via #actifit post. By November 2019, we had several tokens created on Hive'second layer and I got interested in a couple of them.

Priority for those tokens changed in March 2020 after the Hive fork and criteria for investing in a second layer token was now redefined by me beyond FOMO. I started looking at development, possible usecases and communication from the community lead. I synced my personal goals to that of the communities and some communities won my interest and I started giving some concerted efforts to @LeoFinance @Sportstalk @Clicktrackprofit @Hivelist @Chary @Creativecoin @Neoxian and @Hivehustlers in that order.

I acquired more LEO, SPORTS, CTP, LIST, CHARY, NEOXAG and HUSTLER tokens and some miners as well as improved my engagement in the respective communities in terms of posts and comments. I started developing long-term goals for the tokens. Top of my goals were to improve my curation capacities which is one of the lucrative ways of earning on Hive blockchain. I made myself a market ting ambassador for those communities and talked to other investors to join.

Thanks to https://hivestats.io/ for being a superb tool to help a user track the performances of his Hive account at the base and second layers respectively. Using this tool has been of great motivation to engage more at the instance of the second layer of Hive which has proven to be business layer and as well the future of the Hive blockchain. LeoFinance also affirmed to this.

The point of these reports has been to prove that second layer community token rewards are the future of blockchain-based content. Hive is a big melting pot and while that is beneficial in many ways (in fact, one of the main reasons why Hive is a great place to buidl), it also has some downsides. One major downside being content creation and curation. - source

Interesting to see that from the creation of my account and alts for dedicated posts and curation, I have earned to date 10,553 HIVE. That's equivalent to $1762 (@ 0.167 HIVE price). Divide that amount over 36 months of my stay on Hive, I've earned $49 on the average monthly over 3 years.

Incredible you'll say of my HIVE earnings. This is just one of the benefits of web 3.0 socialmedia. Looking deeper, it's shocking to see how much value Hive's second layer has pushed in for me in the last 15 months of my dedicated earnings via content creation and curation. Hivestats.io showed that I earned over 121,000 HIVE worth of Hive-engine tokens. That's equivalent to $20,207 (@ 0.167 HIVE price). Divide that amount over 15 months of my stay on Hive, I've earned $1347 on the average monthly over a year and a half.

Earning sources range from content creation to curation and staking rewards. It's awesome. Curation with SPORTS stake only afforded me over 7k HIVE in the last 15 months. LEO curation on the other hand afforded me over 7k HIVE too. Creation earnings that earned LEO, SPORTS, LIST, CTP, CHARY constituted the bulky proportion of my second layer earnings. The earnings from LEO topped other tokens followed by SPORTS, CTP, LIST, CHARY in that order.

Doesn't it sound good that a user has earned on second layer 10x what is earned on Hive's base layer. This is just the beginning of things. Let's look forward to SIx months from now when most of the communities would have been able to define better their products to earn more investors and supporters.

These earnings constitute 100% of my investment on Hive. It's amazing to be able to plow back 70% of the second layer earnings into buying more tokens and powering them up to get positioned for the future of those tokens which will surely be huge.

It can only get better!

This is good, indeed, the second layer tokens have added more value to us and helped us achieve what ordinarily just maybe we wouldn't have been able to achieve using just the Hive interface.

Congratulations to you and keep shining.

The truth is that the second layer helps to boost the capability of each user and allows for new users to be easily noticed and rewarded as long as they contribute value.

You've really done well for yourself. Really great earnings coming from hive second layer tokens. This is just beginning as I believe there's much more to come. Congratulations

Thanks so well for the kind words. Indeed, there's so much in the future.

Bravo! it amaze me how you have been able to earn a lot from just hive second layer tokens. the future is bright congrats sir.

For me, engagement here is more of fun. WHen you do it that way, the outcome comes big.

that's exactly what I just came to understand. I am gradually getting use to the activities here and its definitely fun

Maybe you just have to join us at @leomarkettalk for an all-day fun talk. There, you learn and meet other users.

ok thanks for the invite.

I hope you're already enjoying your engagement in the LeoMarketTalk chat?

sure I am, I have met a lot of interesting people here

8,000 comments. That's an incredible. That's an average of 8 comments per day over 3 years and few days.

What this post highlights are the possibilities unlocked when you realize the power of leverage. The people who grow on the various platforms are the ones who stick with it, post good content, while continuing to invest in their own future.

What this post highlights are the possibilities unlocked when you realize the power of leverage.

You highlighted another powerful message here.

The people who grow on the various platforms are the ones who stick with it, post good content, while continuing to invest in their own future.

Very true. It's way cheaper when you leverage than everybody trying to create "his own thing".

@leedsunited
over 1 year ago (Edited)

Kudos to you mate, that's some serious hard work and goes to show that the key to success on Hive is consistency and ENGAGEMENT! CTP are doing rally well at the moment!
Best wishes. Hope you're keeping safe and sane through this pandemic!

Thanks very much for the encouraging words.

CTP are doing rally well at the moment!
Best wishes.

Yeah, it's worth some attention.

Hope you're keeping safe and sane through this pandemic!

Thanks, I am and hope you too are.

@renovatio
over 1 year ago

Great info and well displayed. Althought Im an old timer I have been basically out from Hive until November 2020. Now Im super into it, and amazed of the deepness and richness of options. Will take your tips and thoughts into consideration, thanks a lot.

Glad you're back. It's never late to begin. There's life in the second layer tokens. Thanks for stopping by.

I hope for same kind of rewards... but not that much amount ;-)

Just keep having the fun and engaging the communities well, the rewards would come.

Just started stacking chary never heard of it yet till now

Yeah possible for everyone who's consistent. Time heals everything.

You're doing really great, man! Proves that consistency is productive. Second-layer tokens have been great boosters

Thanks man. We still ride on. The future looks greener.