Engagement is the new way to earn on the Hive blockchain. Thanks to @amr008 for building the engagement tracking tool for several Hive tribes which allows top users in the engagement list to earn tribe tokens in upvote. It is a very interesting adventure that several communities have supported the initiative with token delegation to make the rewards for engagement a little more tangible. Indeed, this has drastically improved the engagement on the several hive frontends in the last few weeks. 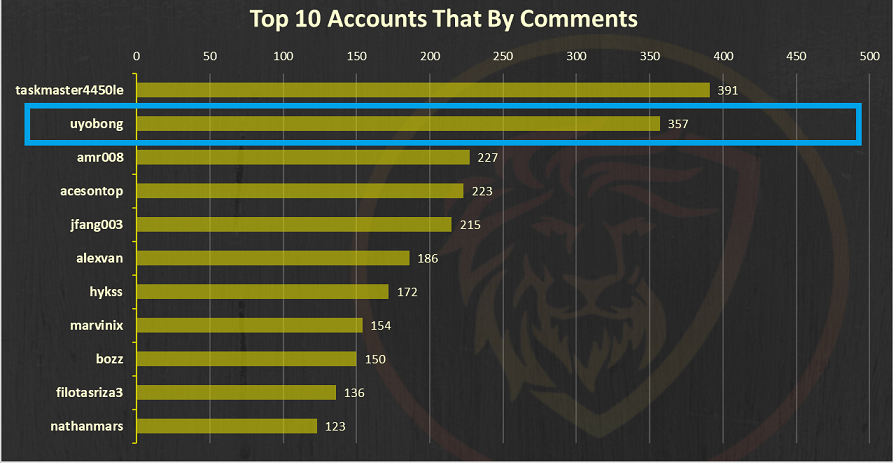 I'm not standing aloof and I've always been at my best when it comes to engagement except when there are several commitments off the chain that eats up my time. Truth be told, engagement is never an easy task. You just have to stay glued for several hours reading and dropping viable comments on posts. Most times, I earn up not making posts in days I make into the top lists of user engagements on the tribes.

Today, being the first day of the month, I also set my target for engagement on the blockchain. I decided to set a goal of 2,000 comments for the month of March, 2021 and that means 500 comments per week. That's very reasonable and attainable especially that I earn as much as 357 on leofinance.io frontend only as shown in the stat above for 02-08-2021 to 02-14-2021. I was busy off the chain in the following week and missed out of the stat.

I'm very intentional about March and I think a minimum of 500 comments weekly from all frontends I engage would be decent for me over the month and I then I would have toppled @Taskmaster4450le's continued dominance in the stat. For this month, the emphasis of my engagement would be on:

All three frontends would be engaged with dedicated accounts to enable be track my performances at the end of each week. Thanks to @Hivebuzz tool which helped me take screenshots of total comment stats on all three accounts that would be used for the engagement as follows.

I decided to start engagement on the @Clicktrackprofit community with my LEO and CTP curation account and this will help me drop an insightful comment on eahc post curated in the coming weeks. It will be cool to pass the 500 comments mark at the end of the week.

I think anything can be achieved if one sets his heart to do it. DScaling up the engagement game would have helped to boost the SEO rankings of the frontends used. It is eautiful to see the sportstalk frontend cross into top 500k websites on global rating. That's a decent move in the month of February 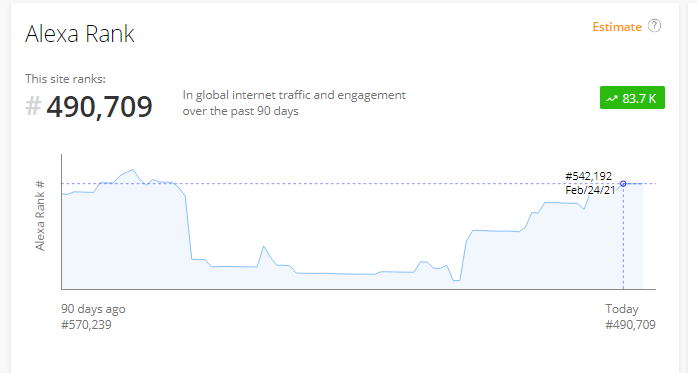 I trust that by the end of Q1, 2021, Sportsalk websites would have crossed the top 400k websites rank. Let's get the ball rolling.

Seriously, you're gradually become a Hive second later machine. I diff my hat for your tenacity to bring engagement value to Hive and it's second layer.

When it comes to engagement, @taskmaster4450le is the lead guy. I'm only a learner. Thanks bro for stopping by.

It is excellent buddy, I admire your commitment and dedication.

Thanks, I appreciate those kind words.

Have at it. I am always happy to see others setting commenting goals. That is the way to really stimulate engagement.

Thanks Sir. You're a motivation when it comes to engagement. Seeing your account steadily staying on top of the engagement league each way inspires me. 2k comments would just be the least, I sure would surpass that.

I am following your advise too, i am trying to post as much of comments as possible to keep engaged on the platform

2,000 comments target, that would need a lot of commitment and i am sure you can do it.
Everything needs determination and committement.
When ever i see that top name taskmaster in all engagement and even earner's list, i am like wow, he is wild fire ;)
You guys are a true motivation to other.
Keep it coming.

Everything needs determination and committement.

You're just right there. With determination and consistency, one can achieve a set goal.