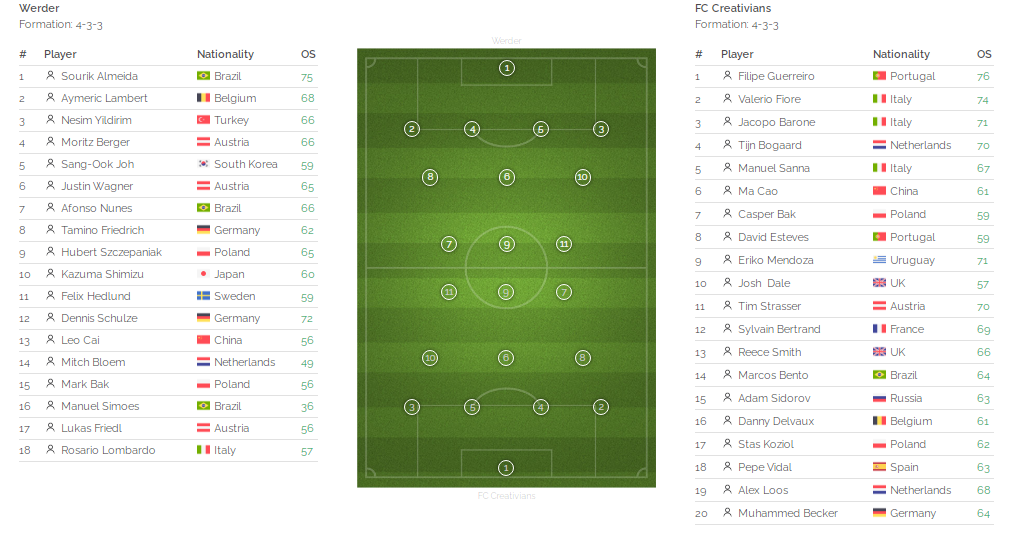 If you are a soccer lover, you would e well acquainted with the term "formation" which describes the categorisation of players (not including the goalkeeper) according to their positioning along (not across) the pitch. The formation arrangement is always expressed in numbers with the digit representing the defenders coming first. For example, a 4–4–2 formation shows that there are four defenders, four midfielders, and two forwards.

The arrangement of players within the field goes a long way to define how they'll communicate with each other and with the ball. It is the core football tactics and shows how informed a team coach is especially when his team has to engage another.

Formations can either be defensive, balanced or offensive. The defensive formation seeks to prevent the team from securing goals from the other side. This is often engaged by the team that is less sure if they would win. Instead of having more goals, they, prefer to e goal-less. On the other hand, offensive formation seeks to make all the players dream of scoring a goal. A team adopting this formation stands the risk of receiving more goals especially when the opposing team is stronger and have some speed. The balanced formation however, builds its energy among the midfielders.

While many teams adopt different formations as it suits their game play and drive for the match, the most popular is the 4-4-2. This formation means that the team is positioning four defenders, four midfielders, and two forwards. This isa dtraditional formation which remains the most popular.

However, things have changed over time and there has been some modifications of this formation to 4-2-3-1 which has been adjudged as the most effective.

Football Formations: 4 2 3 1
The trending formation in football, the 4-2-3-1, which our formation creator offer, manages to combine the attacking flair of the standard 4-4-2 and the technical midfield strength of the 4-3-3. It is set up in such a way that attacking power is emphasised, while still maintaining defensive stability. By those parameters, the 4-2-3-1 is the perfect football formation.

Since after the days of Play Station, Rabona game got me a little more informed about soccer formation and how they can affect a players match outcomes. I started off accepting the auto-formation of 4-4-2 when setting my team for each match but later I decided to try out something new. Over time, the formation was no more useful till I decided to return to an auto-select mode.

It is crucial to understudy the right formation for your team when playing Rabona games and adjust them as necessary to optimize players' performance. Sometimes it's better to leave it at the auto-formation as I've done in the last 15 seasons and the outcome has been great. I'd rather do my best to get players with higher OS to complement a solid 4-4-2 formation. 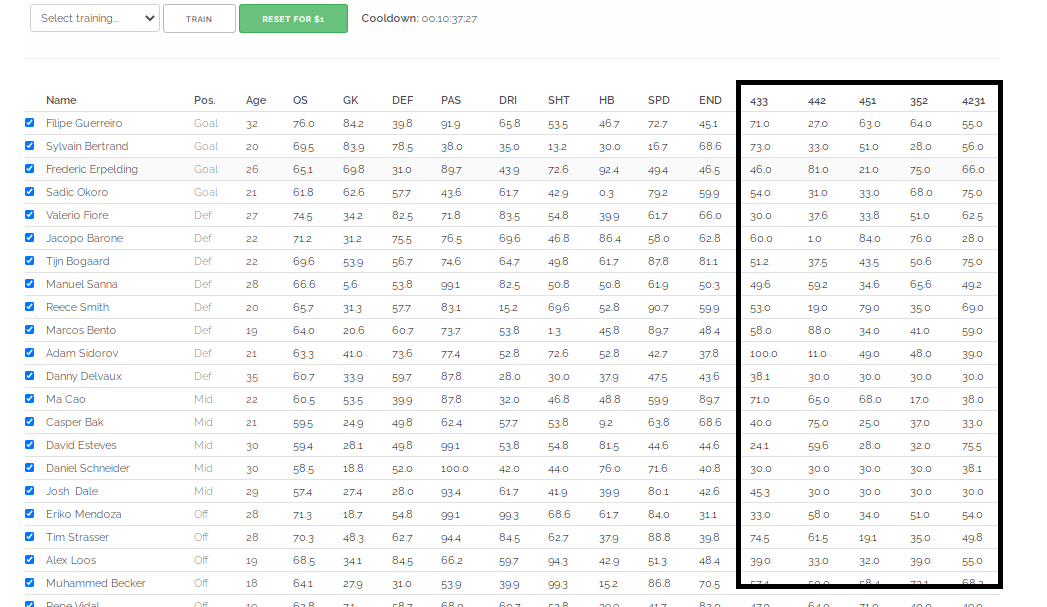 It is important to understand each player's strength ad their rating in each formation as it is displayed in the "training page". Observations has revealed that the kind of training on the players and their frequent use of a particular formation would improve or reduce a player's formation rating.