SPCL on SportsTalk: My Response to @espandor 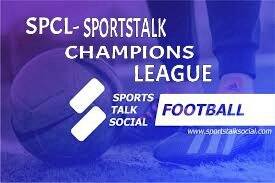 It is exciting to see thoughts shared by @espandor bothering the growths of the SportsTalk tribe and the utilization of SPORTS token. In his post tagged "Suggestion - What if we had a SPCL (THE GAME) BUILT on Sportstalksocial?" where he tagged me, he proposed the creation of SPCL (THE GAME) - SPORTSTALK CHAMPIONS LEAGUE. His drive to help grow the Sports Talk Social community is very daring and I think it's worth the encouragement is he has the knowhow of getting his thoughts through to reality.

Have you ever thought how sleek it would be if Sportalksocial launched a Game? Maybe SPCL which would obviously be a tokenized football game, where at this instance would create a wider range of Usage for our Sports Token and in turn as well, bring the community and the wider world together.

While trying to pen my reply to his post that has already earned a full upvote from my SPORTS curation account, I discovered it's long enough to make a post. Permit me to use this medium to respond to the post.

Great thoughts you shared in your post and it's interesting to see some young minds here trying to think out of the box. There's so much potential for SPortstalk tribe and the SPORTS token. That is why I advice you pick some more SPORTS and get loaded for the future development that are coming.

We are still in the beginning of things with SPORTS and the Sports tribe and now is just the best time to build something irrespective of how small or large.

I'm still very bullish about SPORTS and I'll still grow my bags till 200 million Sports Power is reached and hopefully before the bull run for the underutilized Hive-engine token. I'll do my best to support any endeavour that'll add value to the SportsTalk ecosystem.

It can only get better.

Congratulations @uyobong.sports! You have completed the following achievement on the Hive blockchain and have been rewarded with new badge(s) :

Whether an idea clicks or doesn't click it doesn't matter. It is good to see people explore the possible usecases for SPORTS token .

Sure. The reality is that we have users who are interested in the future of the token.

I actually stumbled on your post about Rabona after I published my suggestion and to be honest, I was quite shocked how similar my idea was.

I really don't know how to build the game, I just thought of it and in my head it was perfect, I just had to let it out just in case they're people here who could actually have an idea or two on how to build it.

I'm definitely still accumulating the sports token at these cheap rates, because surely the later days will be better. Thanks for giving such time in response to my post.

Hopefully, in the near future, some new additions are coming to SPORTS in terms of games. I just got a dev more engaged here now so he knows what to build next.

This is indeed an interesting response to give and I guess he wasn't aware about Rabona but here is what I think just maybe not everyone loves Rabona and would want to play Rabona, maybe we can look for any sports like similar to cheese, ludo, whot and other games that can use Sports token as the reward for the players.

Although Rabona is a nice game but I am sure of thousands of people who are not yet involve in the game but just get to read about the growth of the game like me and need some other avenue they can engage and earn more sports token for staking but aren't good in writing too lengthy of a post or two post per day. So building another game quite different from rabona for people will be a nice idea.

Yeah really but that would be a replication. There is beauty in diversity since all are on the Hive blockchain.

It'll sure be decent to have some more games built on the Sports community. I hope we have some devs join us here.