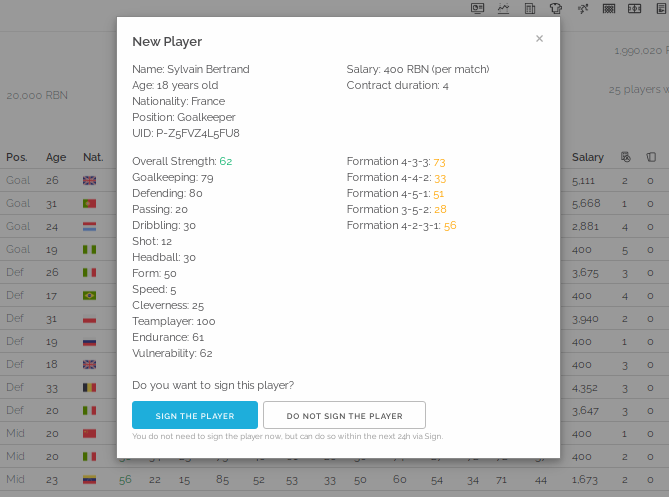 As each day passes, so do I get to appreciate some more features of the Rabona game. This ism the only game I play on Hive and it's full of experience and cognitive skill building. I remember months ago when the "Youth Academy" feature was added to the game, I didn't understand why I really needed it but I kept increasing my level to the present which gives me a 50% player scouting efficiency.

The Youth Academy feature allows a Rabona team to train young players and then scout for them at random into your team. A higher selection efficiency gives the high probability of selecting a player with good rating that would beneficial for the team. I remember days when the highest player I would be able to scout would have a 40 OS rating.

It was interesting to scout the France goalkeeper, Sylvain Bertrand at 62 OS rating from my youth team. That start is quite healthy for my team that needs high performing players to be able stay relevant in the present league or advance to the next. Moreover, scouting the player allows his salary to start from 400 RBN which is quite fair for my growing team. I'm still making some researches on how to make the most of the player scouting feature. 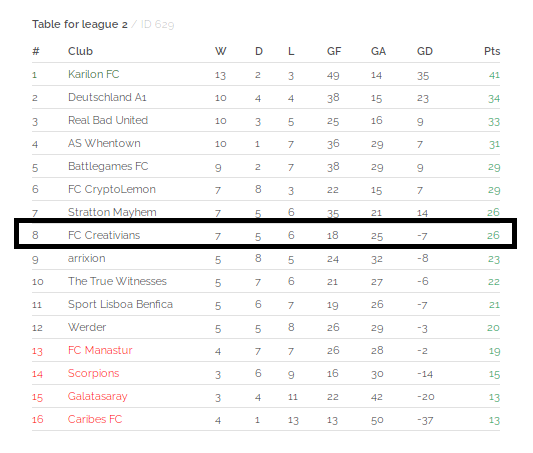 So far, my boys are doing great to stay at the 8th position of league 2. With 7 wins out of 18 matches, I think we are hopeful of playing the same league in the next season. The first 5 matches of this season were quite tough for my team as they barely lost 80%. Glad to see them cope up and display outstanding skills to keep them afloat the relegation line.

I presently manage 27 players with a total salary of 60,135 RBN and that's a bit fair. However, I wish to keep my salary below 50k RBN per match. So much needs to be understood about player scouting, selling and freeze/unfreeze. 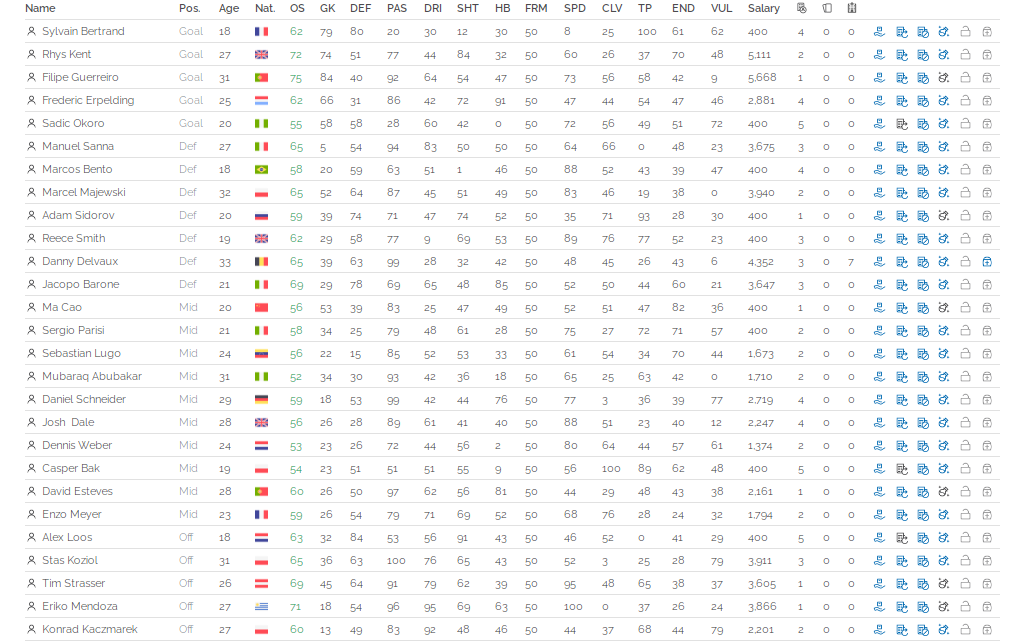 let's see how it unfolds but it can only get better. Rabona is just fun all the way.

Your team is really doing well. Let's see before the season is out, your boys could be in the top 4.

Really exciting to see their awesome performance. We hope to do better!

hello bro. would like to be added to your sport curation list. I make sports posts daily. thank you for your consideration

Here is the link to my trail or you login through Hive.vote https://hive.vote/dash.php?trail=uyobong.sports&i=1

If I am not mistaken, the last time I checked, you were in number nine and now, i can see you've moved up to number eight, that shows too how far you've grown in the game and coming up.

WIsh you and your tea the best. Your boys can do better than you expected, all you need to do is play your part and keep up the faith.

This season, I should likely finish at top 3 spot. Let's see what props out.

Wow, that's cool. Determination and focus can make that happen. I wish you the very best this season.

Thanks very much. We settle for nothing but the best.

Why don't you put me on the curation list ?. I post sports news almost every day, especially about football

Maybe you have to scale your engagement so I see you often and post from the https://www.sportstalksocial.com/ frontend to earn higher curation.

Okay. now I am even more excited

I'll be glad to start curating your posts on sportstalksocial frontend.

That was a big win. I wish you a beautiful time ahead.

Thanks man for the kind words.