Tell me the story of your favorite Punk, but in the meantime, meet Douglas This is Douglas, Douglas Blanchard and he doesn't put up with much shit. He doesn't give much either, he just keeps to himself and does his job. He's a programmer for a big company called Initech.

He thinks most people are idiots, but keeps to himself hoping for a big payday.

Douglas is a ladies man, they all think he is a hot stud but he never gets any of their numbers. Douglas is still single, he works too hard and smells of pizza and beer. He's a man's man, and likes to hang out with the boys.

Sometimes he wonders if this is all there is, or is there something better around the corner. He is generally pretty pestimistic, but hopeful. His greatest achievement is beating Dark Souls while drunk. He tells everyone about it every time he is out. His favorite story is when Smough sat on him and he threw his controller through the window and hit an old lady crossing the street. He actually served 6 months in prison for assault for it.

Prison wasn't kind to Douglas, they made fun of him for all his blemishes, and he always got the bottom bunk. His bunkmate was some old dude that refused to take showers and would never flush the toilet.

Doug is set on turning his life around, he wants to find a good women to spend the rest of his life with and settle down and have 2.5 kids. He wants the simple pleasure of throwing the pig skin back and forth with a son or daughter and show someone how to beat the Ender Dragon in Minecraft.

Did you know Douglas one starred on a small TV show as a mugger. He tried to steal an old man's wallet but then got his ass beat from a 76 year old blackbelt going out for a walk by Old Bert's Tavern. Douglas really thought he could make it in the TV business but his agent doesn't return his calls.

Douglas doesn't talk about this, but he currently holds the high score in Q-Bert. He is really proud of this fact, but feels he would be too much of a braggart if he said it publicly.

Douglas once won a hot dog eating contest in Frankfurt. He competed against 49 other people while he was on vacation in Germany. He won after eating 69 hot dogs, later to pass out after he threw up on someone's baby.

Douglas is a really good friend though, he's always there when you need help with something and he can build anything if it is made out of wood.

You can find Douglas Blanchard on Hive Punks, in themarkymark's gallery. Find your favorite punk and write a backstory, tag me and leave a comment below. I'll be checking them out over the next few days. Be creative! 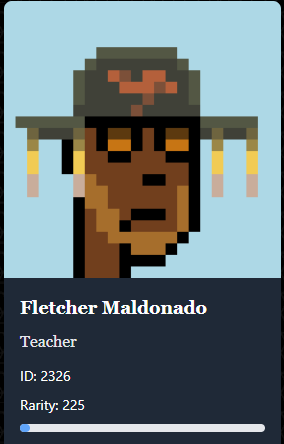 This here is Fletcher and after a long days shift of teaching he likes to dress up like Clint Eastwood go outside of his house and shoot beer bottles.

His skills have been sharpened over the course of a year. Fletcher is not just like any regular person, he wears an Australian Cork Hat with a chiin strap that makes him stand out from the crowd!

One rainy evening as Fletcher was driving home he noticed there was a wild storm ahead of him so he slowly pulled into his driveway and then went to bed trying to get rest during the stormy night. Well as the story goes Fletcher was woken up by the most dangerous of snakes that happened to somehow land upon his front yard and enter into his house.

Being an expert at shooting like "Joe" was in his movies Fletcher took out his magnum and pointed it to the snake and said, "are you feeling lucky punk" and then he began to shoot through the wooden floor until he made the wood weak enough for the snake to fall through and go away. Then Fletcher went back to bed.

Legend has it that the hole is still there on that floor... @themarkymark

I think @hatoto has a great story ;-)

Hugs from Switzerland
The Mannequin

I didn't know Douglas shot a puke geyser on an infant. I still think he is badass though.

I had just stared doing a post, and after checking to make sure I had the correct Marky name, (you ahve way to many copycat/close names), I saw your post, so I changed course. Yesterday was fun, so why not continue it. Here is my story of Mila:

He works hard as an engineer at his dad's company when he's not private jetting around with the QNON Shaman making waves on social media. Very big fan of the NELK boys. He has tried to get on the social media squad multiple times but comes off way to needy at the club.

He's very proud of his luxurious beard, and never takes off his traditional Viking helmet... not even during sex.

He thinks most people are idiots, but keeps to himself hoping for a big payday.

Haha well, let me know when you mint an Albert Hoffman punk or Douglas Balnchard develops and build a fully immersive AR video game without any need to use bulky equipment, magical glasses, a 5G, 6G, 7G bandwidth or a Metaverse account and I will help to fulfill his hopes for a big payday. };)

This is my favorite, but I'm not sure what kind of punk art will be allowed to be printed in the punk hive. Does punk hive have rules? 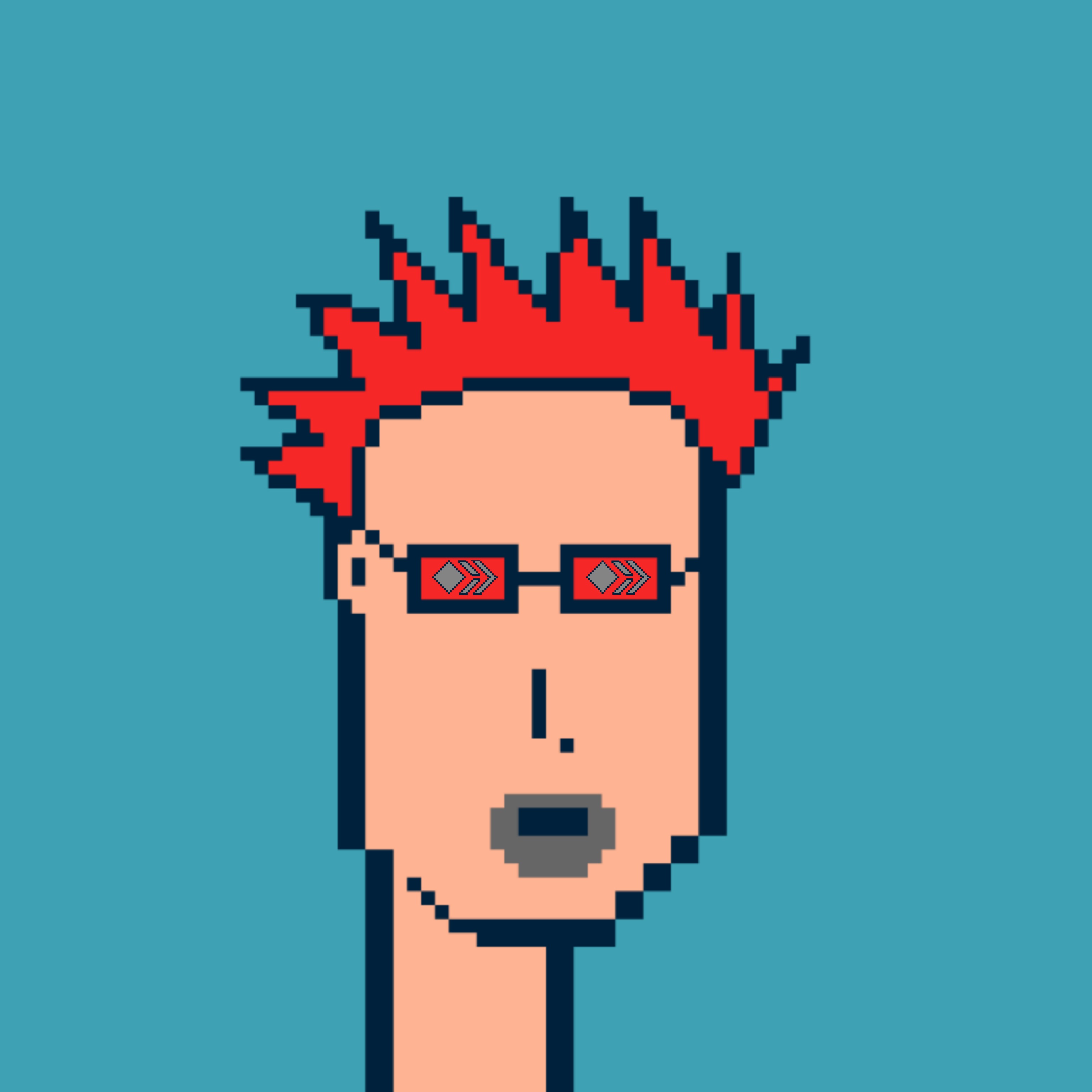 A clown wanting to put an end to pie taxation. What a backstory he must have that lead him to becoming a politician.

LOL, as usual, salty and clueless.

maybe if u copy an idea give money to real creators and owners? u should iardrop to creators and real owners not just steal the idea for yourself and make a copycat

Did you know the heart of a shrimp is on their head?

nope but ive ate many of those

i made a little post this morning about my rohan!

Oh, this looks like fun. I’ll have to check out the punks first, though!

Hey mark I come to you with a story about my supergirl Araya Rich, here is an entire post about her hard life, I wish you will like it 😊

Couldn't choose my favourite, so wrote about all four of them
https://peakd.com/hive-161155/@livinguktaiwan/the-hush-hush-job

I wanted to create a multi-verse, multi-role, immersive lore. Never got the chance to make one for something my own. This was a first.
and really to fun make!

Meet one of the most special punks! Great back story for Douglas, I especially liked that he "smells of pizza and beer". I will think about the story of my punk. I just got one and my punk reminds me of Sherwood Forest and lofty mountains in the distance with castles and winding rivers.

I have no idea about this? But my wife @arrliinn she has! ^_^

Here's the backstory of my favorite punk Helen:
https://peakd.com/hive-129586/@thisismylife/how-a-music-therapist-inspired-another-punk-who-is-currently-unemployed-or-meet-helen-punk-8281

Ohh 😮 this is very 😎 good thing I can come up with a nice dystopian zombie story for mine..

Damn, really regretting not apeing into this gem of yours.. right there too so I will just hold on to my punks.

Another backstory: the bartender tales :)

Ahahahah it is so depressing 😂

I like how Douglas is just an ordinary guy who winds up in extraordinary situations. Kind of like Forrest Gump!

Jane might want Douglas to construct that swing for her porch, she already made the drawings for it. The Story of Jane Higgins