The Dream of the $5 Vote

"I have a dream that one day my vote will be worth $5", I said to @goblinknackers while avoiding a couple of pissheads staggering toward us like a scene from the walking dead.

The town centre of Rochdale, Lancashire was surely one of the most deprived places I have ever worked in, with a decent percentage of the public smoking suspicious smelling substances or simply out of their heads on beer.

@goblinknackers was being overwhelmed by my talk of this cryptocurrency named STEEM and was having a hard time taking it all in. 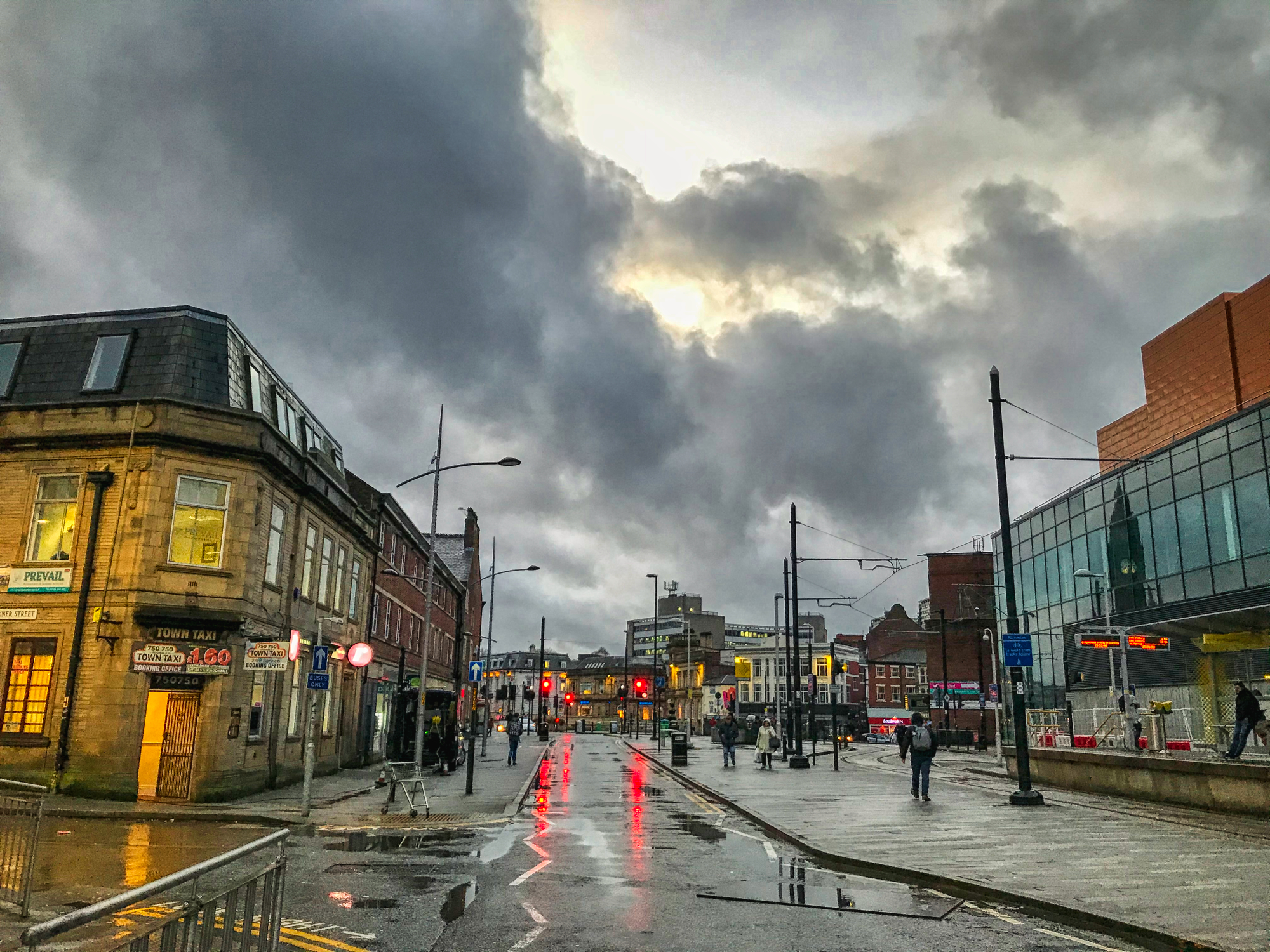 "To give a $5 could make a real difference to someone", I continued, "...that is power at your finger-tips", I said wafting my hand feverously trying to get the stench of cannabis out of my nose.

I still remember these comments with him nodding and thinking about it. STEEM at the time was acting like a stable-coin and bobbing around at 40c.

My then stake was much less at approximately 12000 STEEM or so. Sure I was a double-dolphin but was barely cracking the ice. 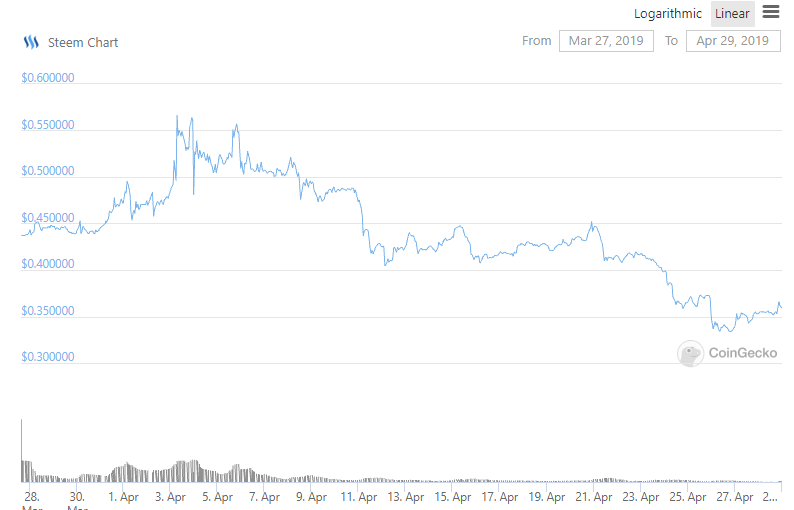 ...'STEEM when we all cared and Justin Sun was not in the picture'...

A lot has happened since then, though it's not even 2 years ago. The crypto-world does not stand still, and STEEM plummeted to near 10c.

@goblinknackers got all interested and bought near the bottom, as did I. Then Bangkok happened and we both went.

It's now the present day and HIVE (reborn out of STEEM) has sailed past that stable-coin price, albeit with a pull-back.

Thanks to Justin Sun, most of my STEEM went into HIVE doubling my stake. At the time of the divorce, I had around 70,000 STEEM and had made the most of the dire 2019 prices. 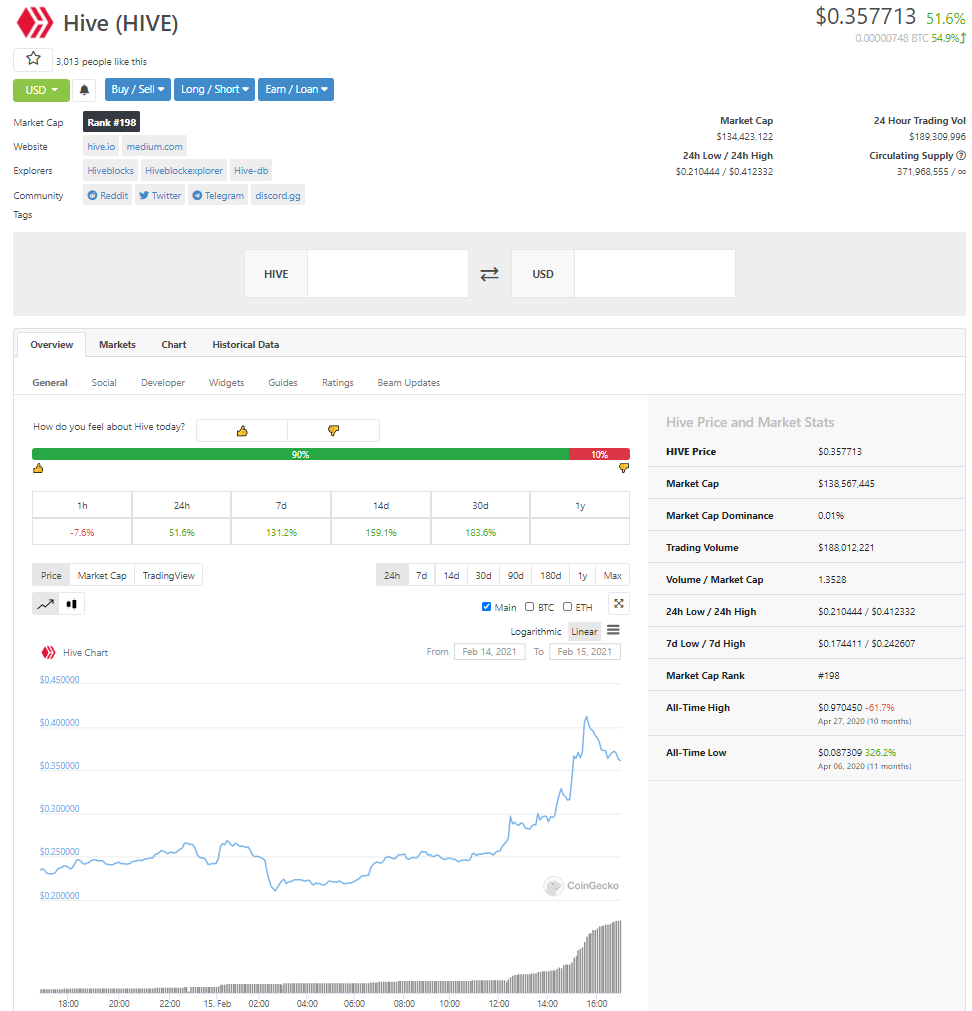 After that large pump in April 2020, I was more than a little miffed that HIVE once again flopped down to 11c which seems to be the bottom.

There are going to be some pullbacks, but I am optimistic that the $5 vote time is almost upon me.

These are strange times indeed!

When steem pumped back in the mad days my vote was worth 12 dollars at one point I am sure and that was only with 20 odd K staked! They were good times!

I think so too now. It's exactly the ready out happened last time. Late to the party but eventually arrived! Fingers crossed!!

I wish I could have been there 'last time', I was at the time into the stock market.., which is oh.. so boring and dull compared to this.., as well as stupid fees per trade.

If we keep going up it is gonna get wild. The downvote value gets huge as well. Things can get hairy!! In a good way that is 😃😃

Haha, yeah I remember those stories you told me...

Hehe, it's great though. Small scale abuse goes up ten fold and suddenly your have the dv to counter tonnes of it

I'll be keeping an eye out for it,.. we both know it's all gonna start up again.

I personally dream about flying. But if this is your dream I'm not gonna judge.

We all have our dreams, this one I recall talking about quite vividly..

That would be really awesome! I just want my vote to be worth $1 at some point. That is my goal. I have been chasing that for quite some time now. That pull back was definitely a little sad to see today.

I saw $8 Steem, but I was holding so little of it at the time that it was virtually pointless!

Well a lot of people said so many terrible things about hive when it was 10 cents rather than taking that opportunity to stack and build. About the $5 vote that can be possible before the end of this year, provided hive continues going up steady we might see an ath.

It was hard to keep excited and focused at 10-11c, I doubted myself for ploughing in a lot of money at the time. It appeared to be one-way traffic. Let's see what happens and if that dream will come true.

Well it was inevitably going to pay off when the timing was right. I guess a lot of things will happen in the coming years.

Idk, for me, it's more always about that HP amount than the $ rate of my votes.

You could think technically that way, but you have to admit.., it's a buzz seeing all this happening.

It is nice huh?

It might be less than that, I am halfway there now and you know it takes some time to even out. 40%+ up today is going to help a lot!

I am.., half a dream fulfilled!

I have an interesting concept for you. What about trading votes?! Wink wink.

What about trading votes?! Wink wink.

And all I wanted to do on steem is put in my two cents every now and then, and give a nickle to people that needed help getting started. No matter how I keep powering up my steem, I only hit that two and five cent ark for a little bit.

Soon I will be there on Hive.

Over 9k HP.., that was once a big account. Maybe it will be again in the next few months.

You are sitting pretty for sure. Hive doesn't have to do much for that to happen. Think I am around 70c right now so you must be double me. First time holding real value seems crazy but we all deserve it for what we have sacrificed to get here.

I saw all this the on the back of the first time around..., commment votes of 10-15c were commonplace. It's not as easy now with the curve. I love comments, that's why all of them get a vote.

I think my vote was worth about $2 at least in the past. Being able to do that ten times each day is cool, but then whales were giving out thousands in the early days when the rewards curve was different. I have been thinking about how Hive could be worth it for musicians to use more. If they can get $20 or more on a post from their fans then that may be attractive for some. Of course as the price goes up it's harder for the fans to build up their HP. It pays to be an early adopter. Maybe today is just the start of something. $Hive should definitely be a top 50 coin and it would have to be worth about five times as much as now to get there. That seems possible, but the markets are fickle.

I personally remember your vote being $1.69 at SteemCamp 1 when you gifted me a full one. It was not at it's height then, so would have broken $2 at times.

I have been thinking about how Hive could be worth it for musicians to use more. If they can get $20 or more on a post from their fans then that may be attractive for some.

I keep an eye on the Atom Collector community, there's not a lot of new music coming through. When it does, it's usually decent.

That community are making a lot of new music, but I do not think they are all posting it on Hive. They ought to.

This is why.. it's usually either a @curie or nothing.

I can't give them @curie's all the time. I wish some of the other curation groups would notice the @atomcollector community.

@slobberchops dreams do come true,it all starts from the mind....

Small guy , just have 2 cents vote dream in Hive(may be I already passed it but most of my HP is delegated so don't know) but I am sure I am achieving some nice vote value in second layers of Hive.

Best of luck for your goal.

Hope it's the right second layer tokens. I picked up some right turkeys the first time around!

even my vote worth around 1$, back in the old steemit days

Never try to get cannabis out of your nose - inhale and enjoy!

By the time the 'average vote value' catches up.., you will already be there. If it retains the price (35c), that is..

I'll be happy if Hive cracks the top 100 in market cap again based on the valuations that are out there now. That's like a 3x increase. Looks like people are starting to notice the value of Hive with what's going on with the centralized social media.

It can really make a difference for sure