Tales of the Urban Explorer: The Wasp Villa

Should I, or shouldn’t I?

It was hot, swelteringly so, and switching off the engine of the gutless wonder rent-a-car would mean the AC would also be going temporarily west.

"This is the one I spotted while running up the hill at 5 am in the morning", stated @bingbabe quite flatly. She would not come in here with me, not a chance! 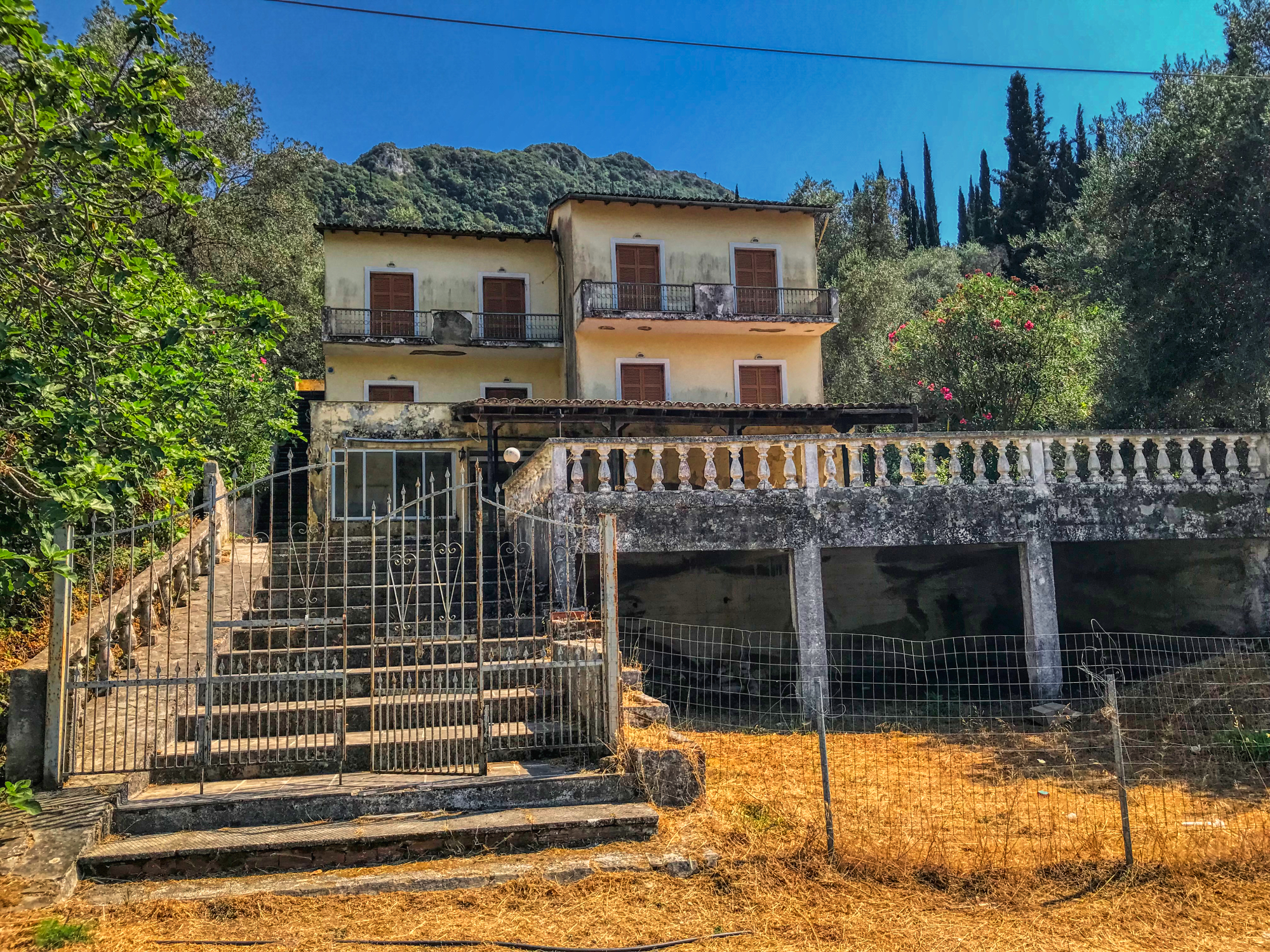 It did look quite atmospheric and gloomy with the gate slightly ajar, enticing me to come in and have a look around.

The car was perched slightly off-road next to an enormous ravine. One mistake and we would both be crashing down there to our deaths.

Hoping the hand-brake worked properly I opened the driver’s door and strode across the deserted narrow steep road to the entrance.

Surely it was abandoned, went the nagging thought in my head.

I am always more tentative about trespass outside of the UK and could not determine the law in Greece as much I had searched the internet.

Fuck it... I am going in and bollocks to the consequences.

I bounded up the steps trying to get out of sight of any passing motorists who might just instantly mutate into the property owner if I was spotted. 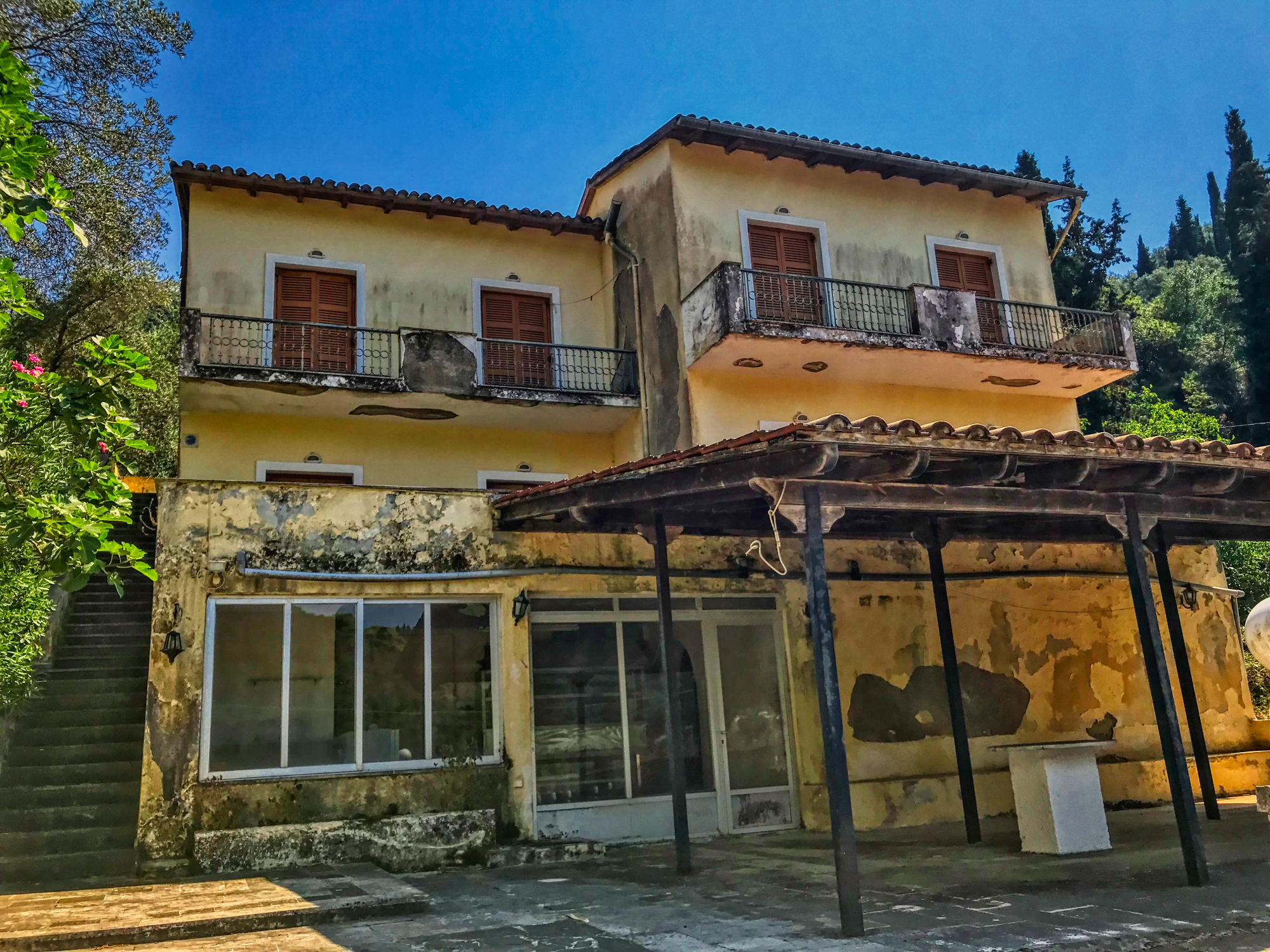 It was nice to see no vandalism, smashed windows, or graffiti, but what looked like a shop front door was securely locked.

What was, or had been this place once? 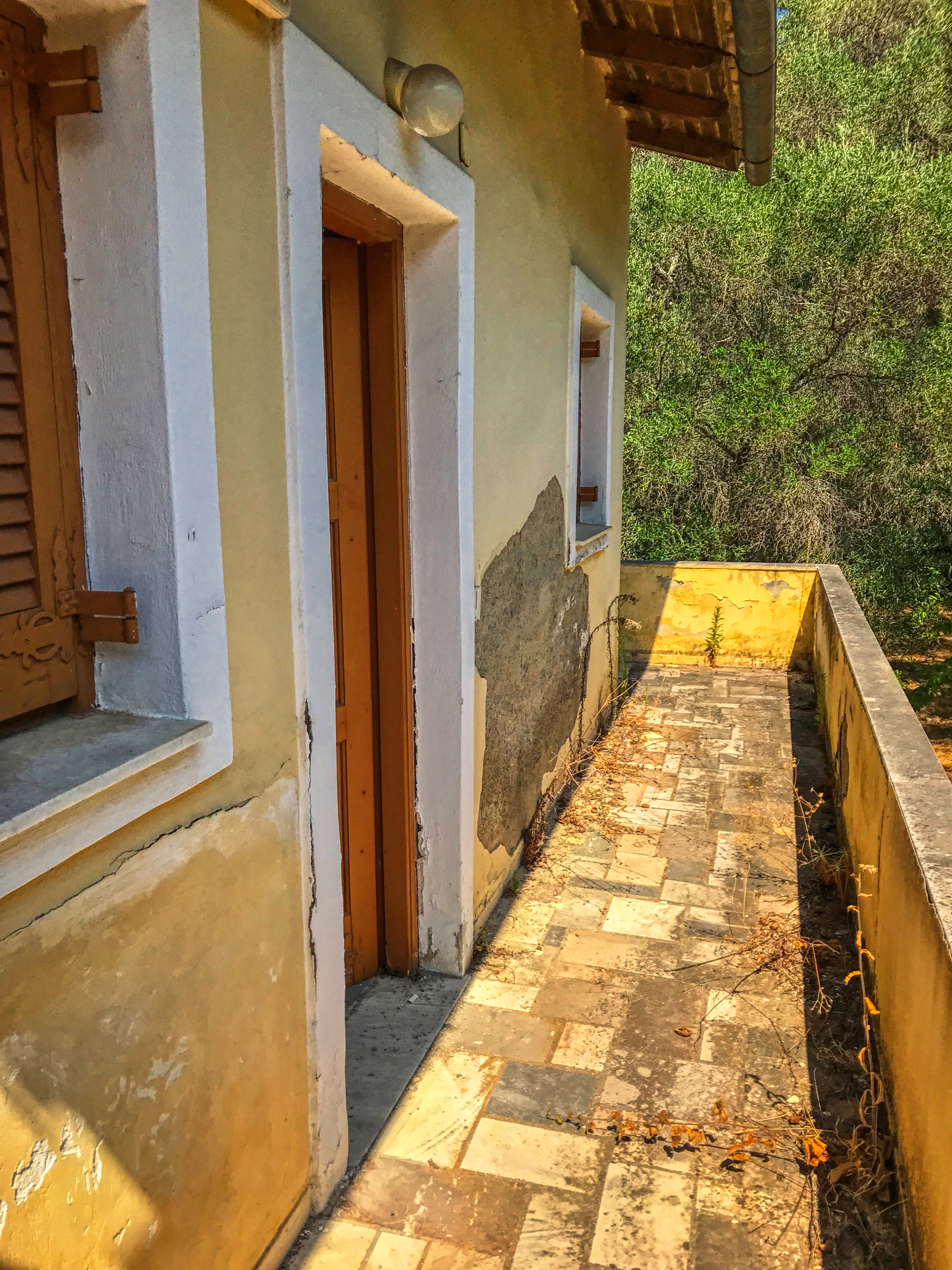 More slowly this time I climbed the stairs to the left, trying to avoid the masses of wasps on the top corner. I don't mean one or two, there were twenty or so swarming.

was there a nest around here? No.. this is Corfu, the island of wasps.. it is quite normal.

Like I said in my previous post, you have to ignore the wasps as tempting as it is to crush the little shits. 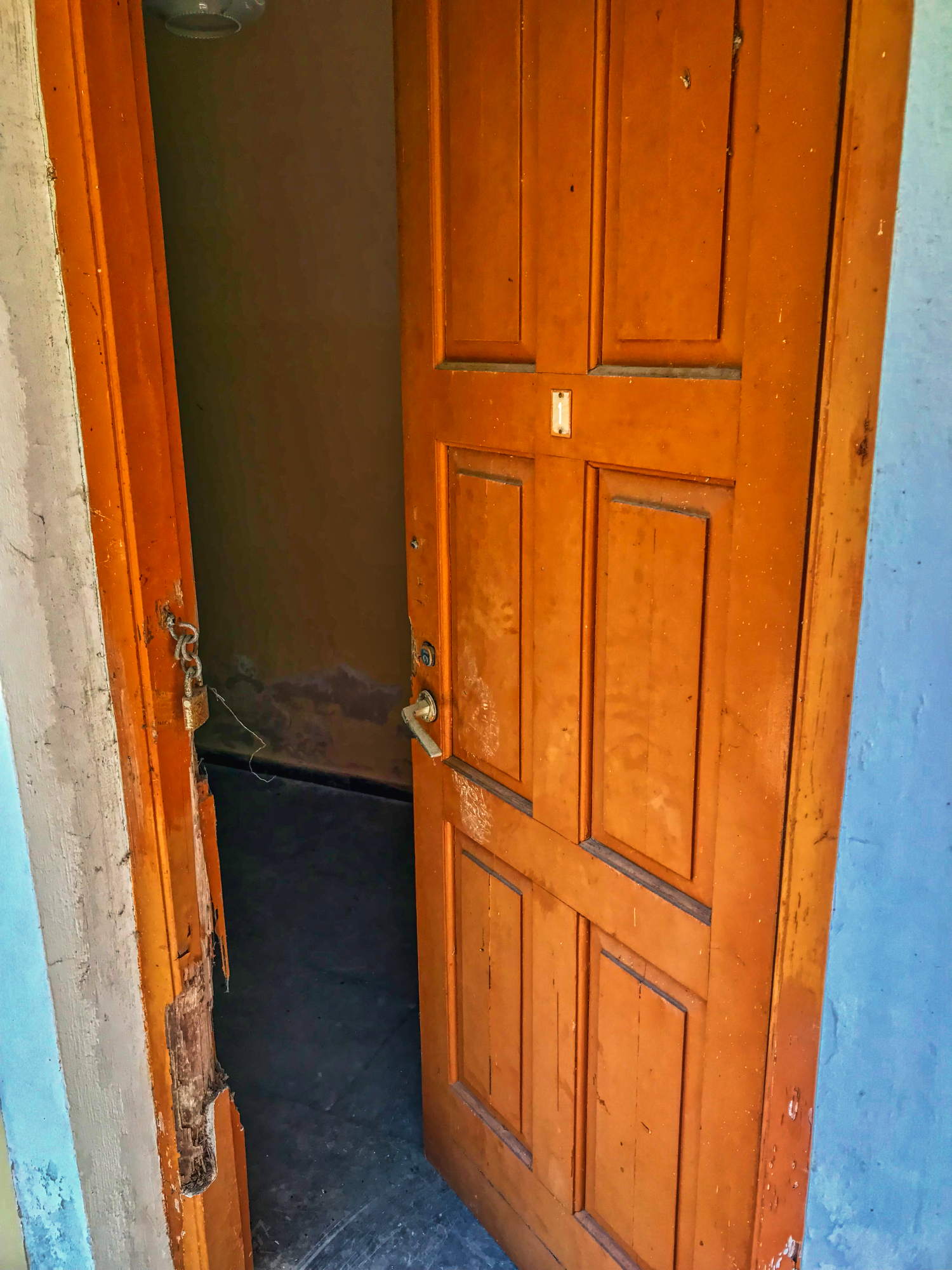 The first door I approached had the padlock removed and was held in check with some stringy metal wire.

I uncurled it and the door creaked and groaned open with my persistent shove. 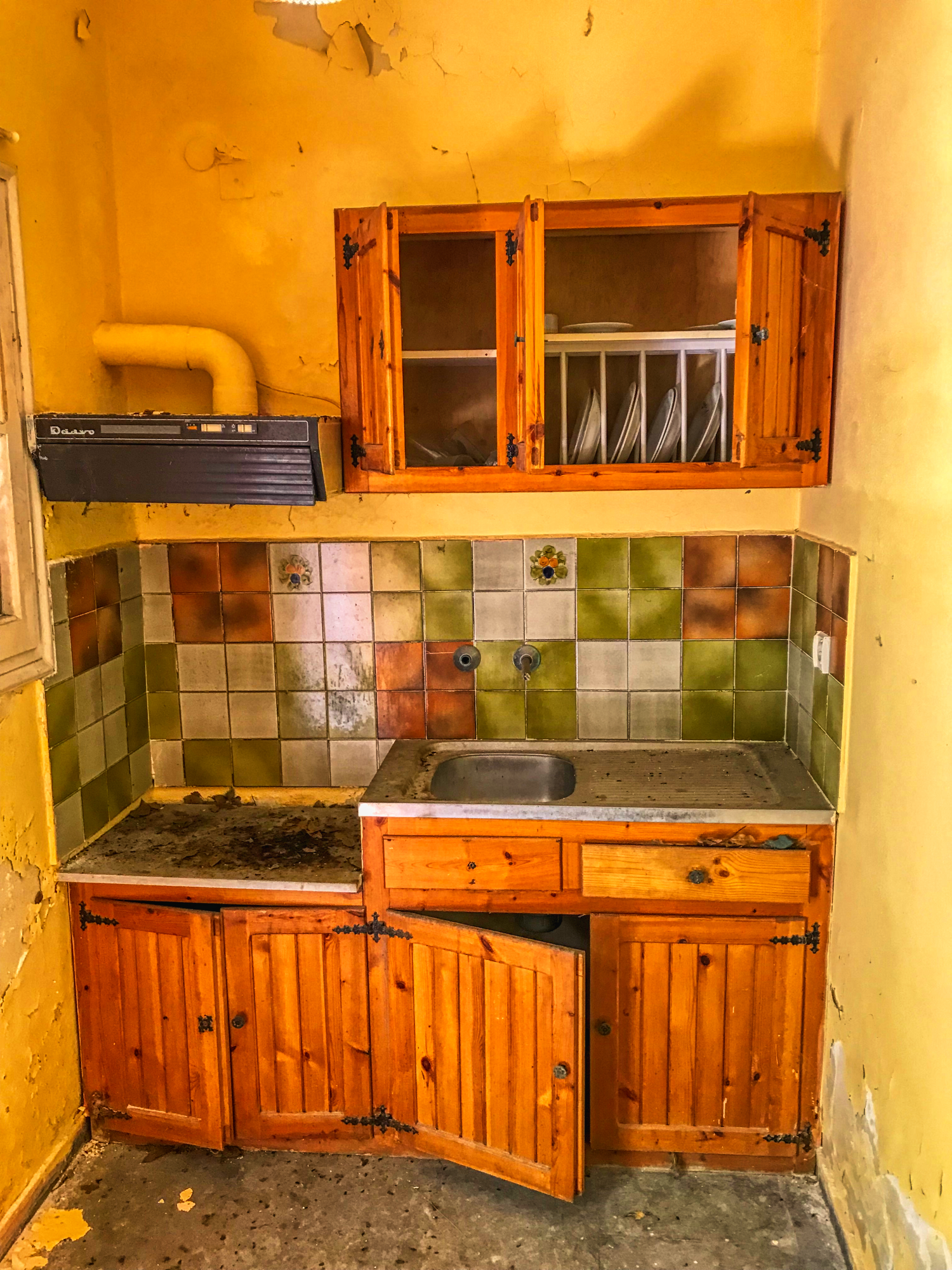 I found myself in a bare-looking kitchen with a few plates and little else.

Surely there was something else in here? 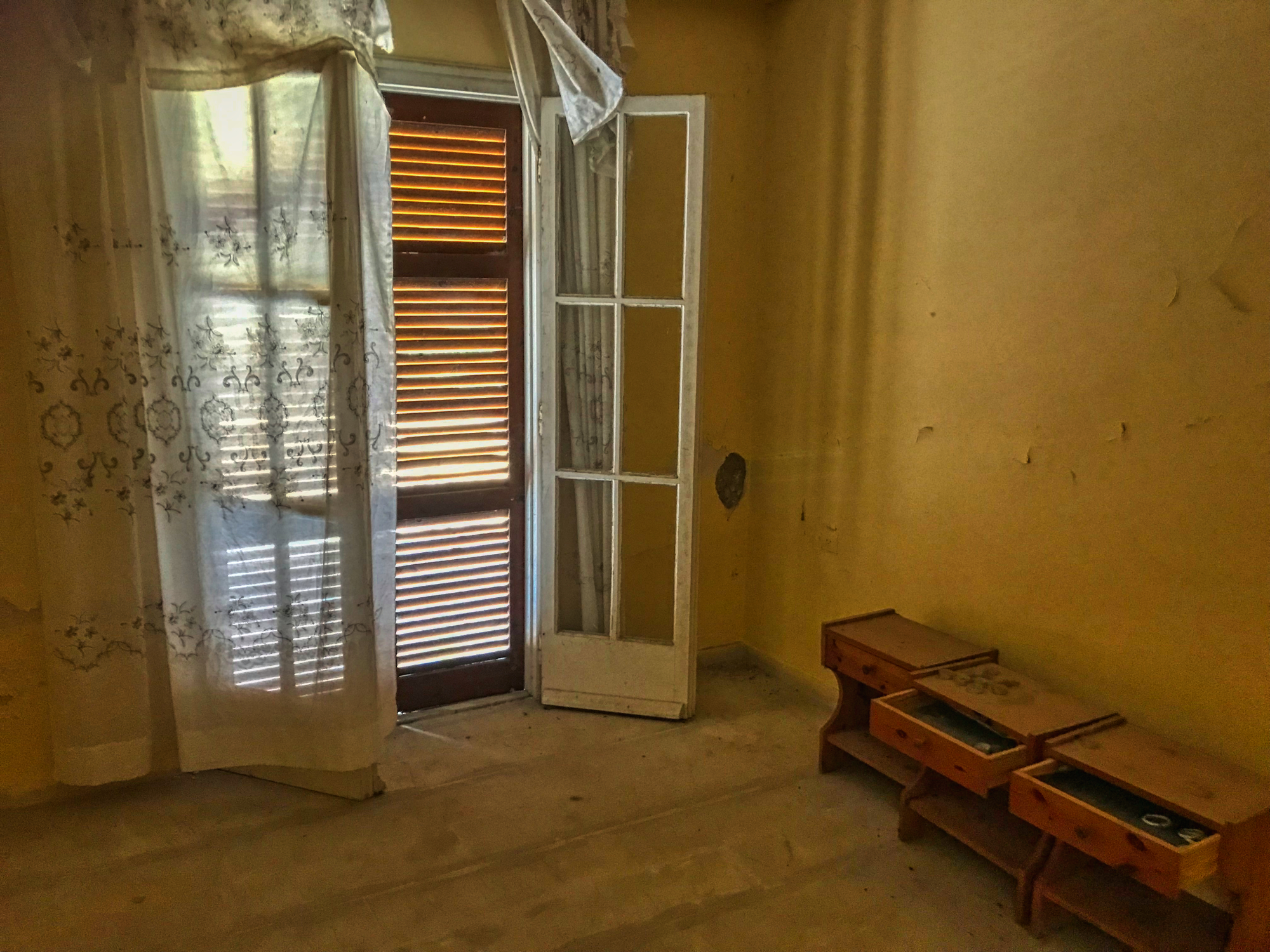 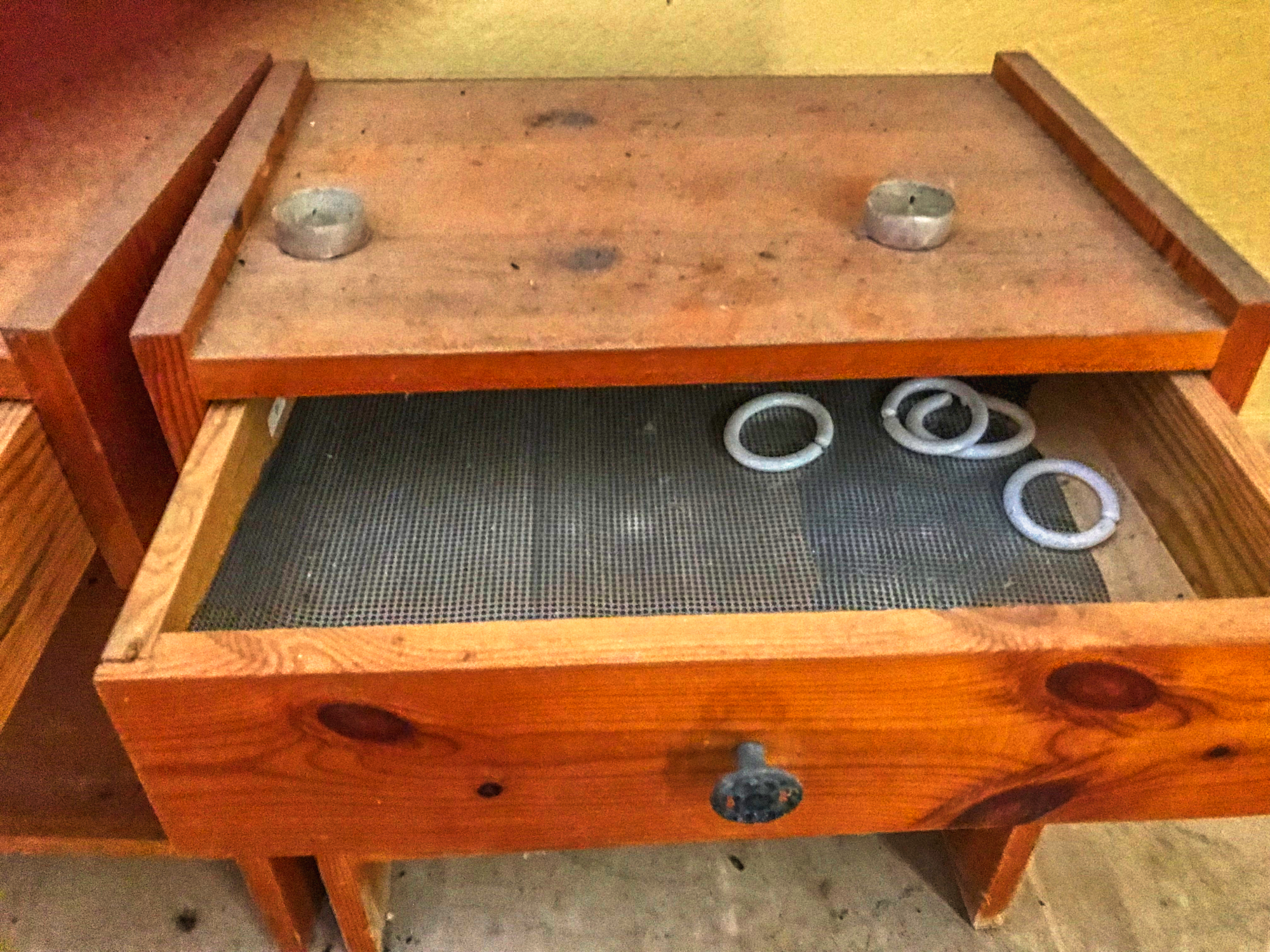 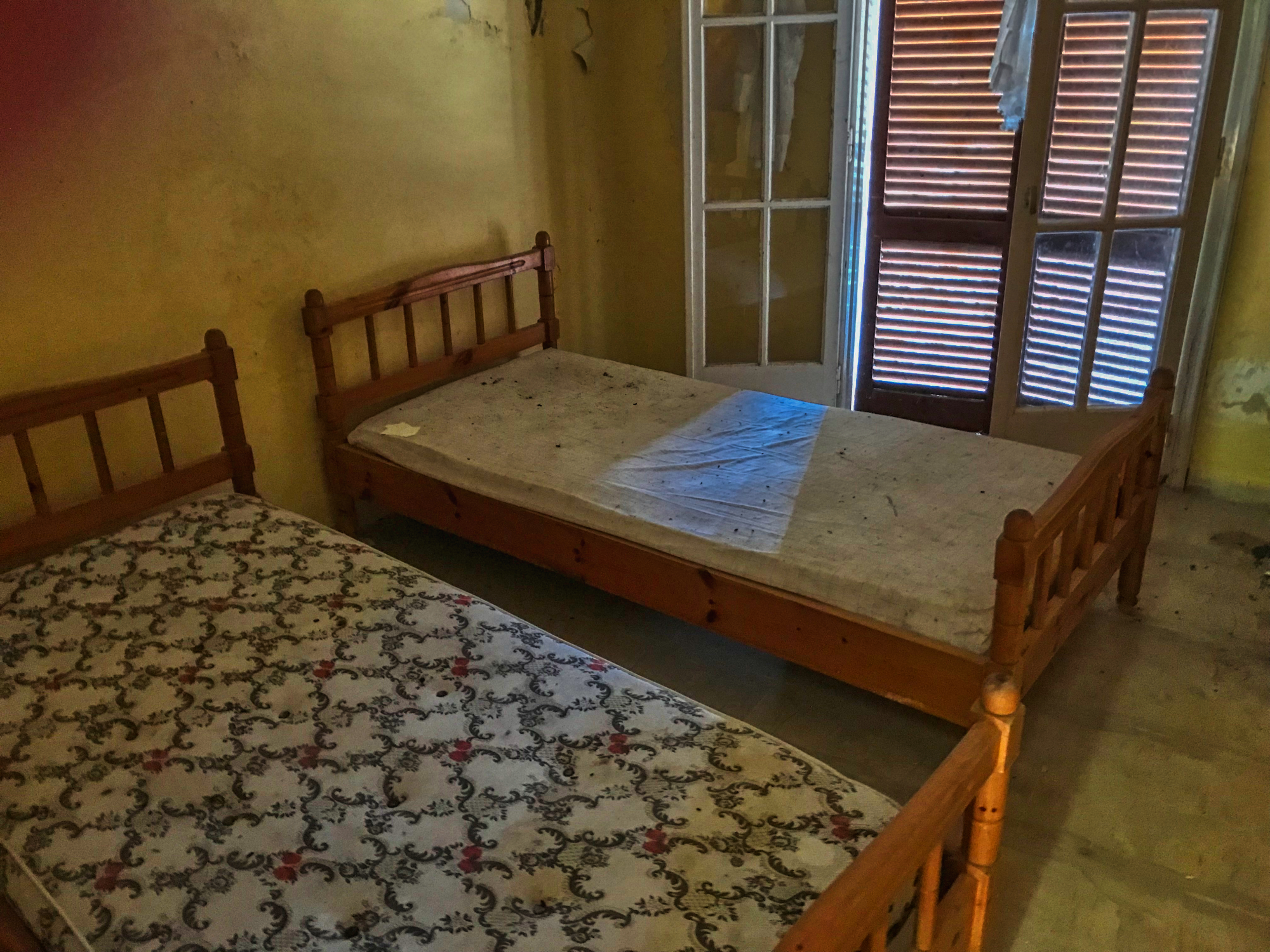 I found an empty room with some baubles in a drawer and a couple of unmade beds in another. 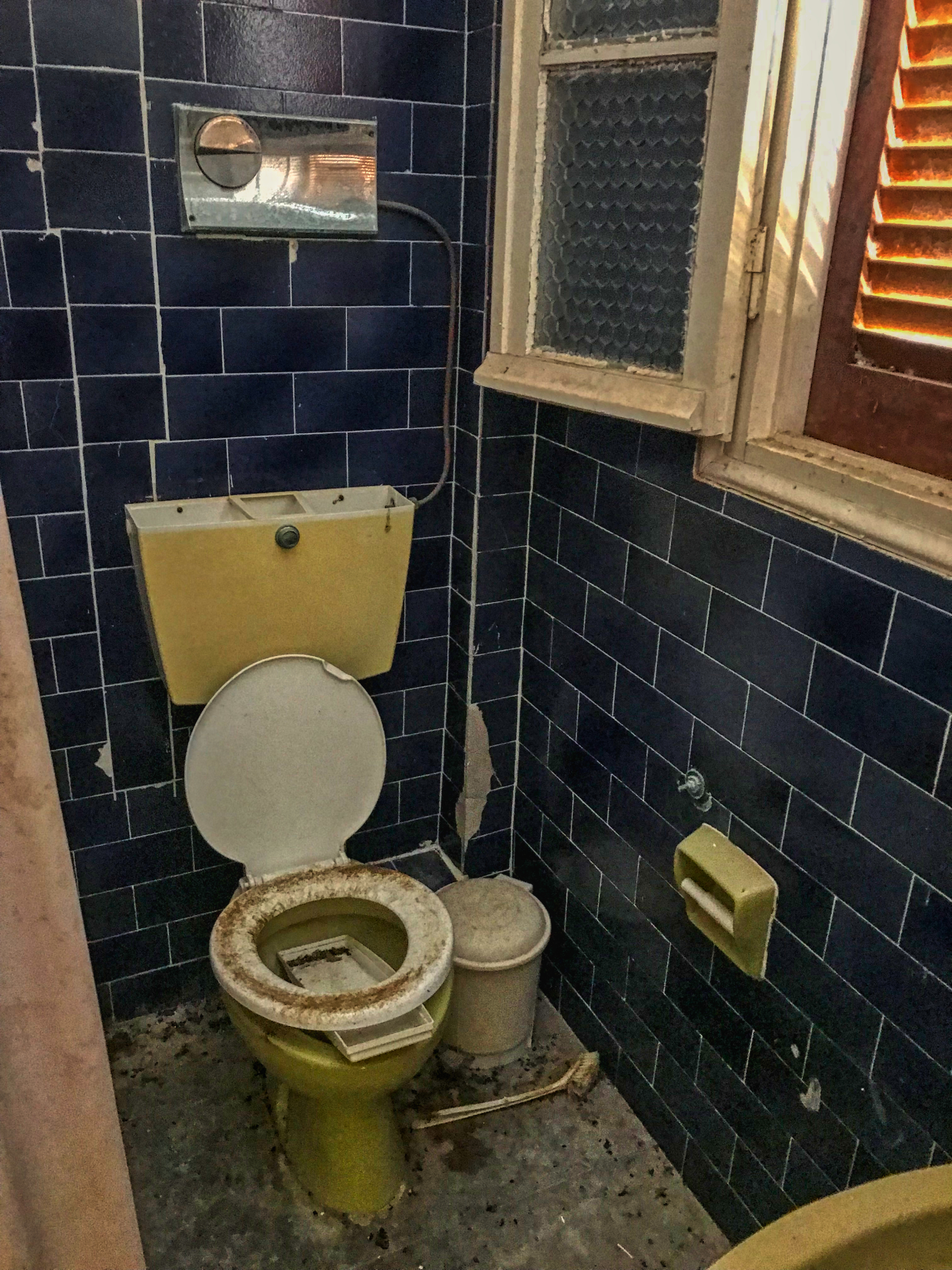 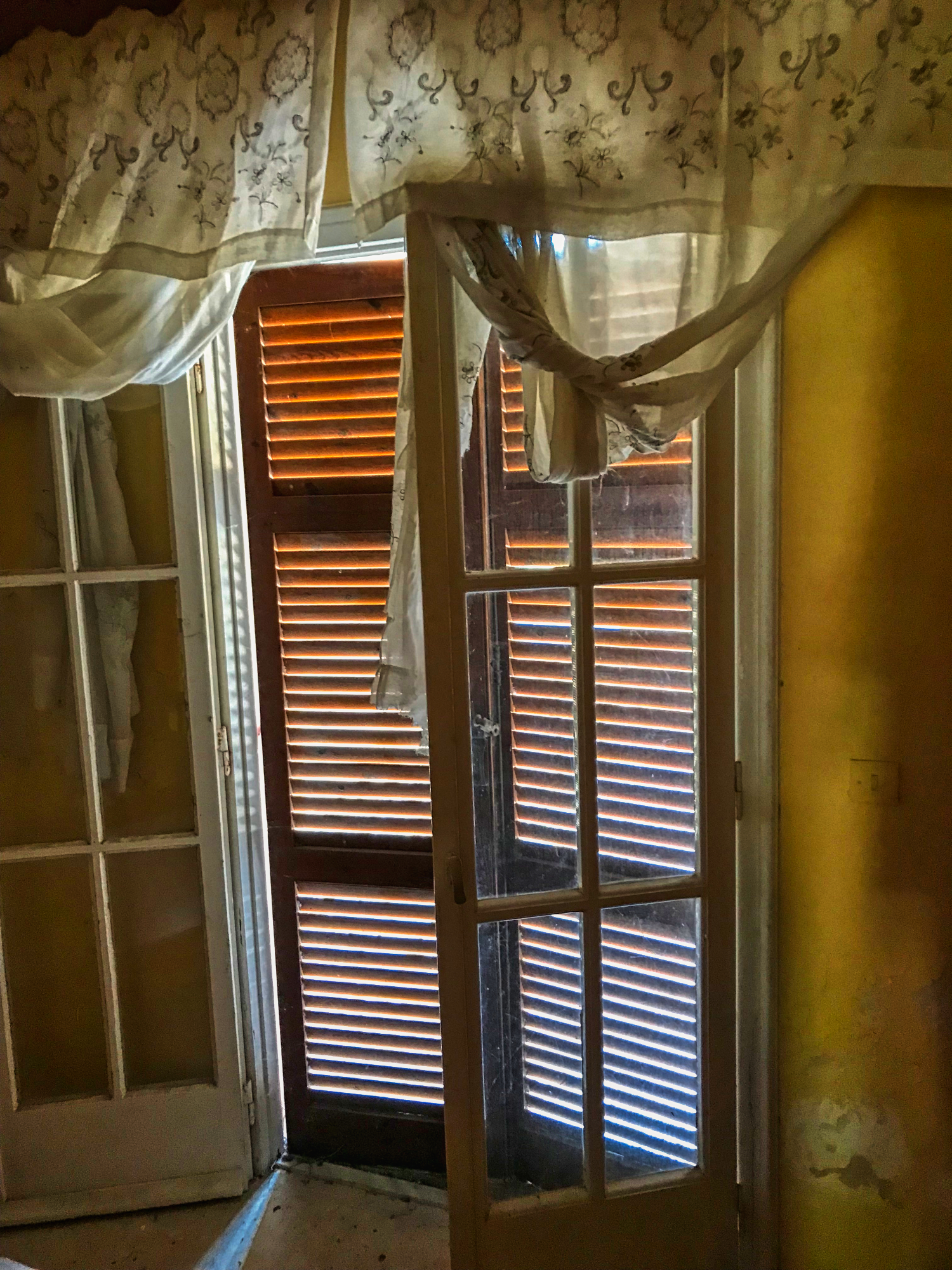 The toilet looked like to would make your arse dirtier if you sat on it. At least it wasn’t full of derelict shit.

Hmm, well that was not very exciting. 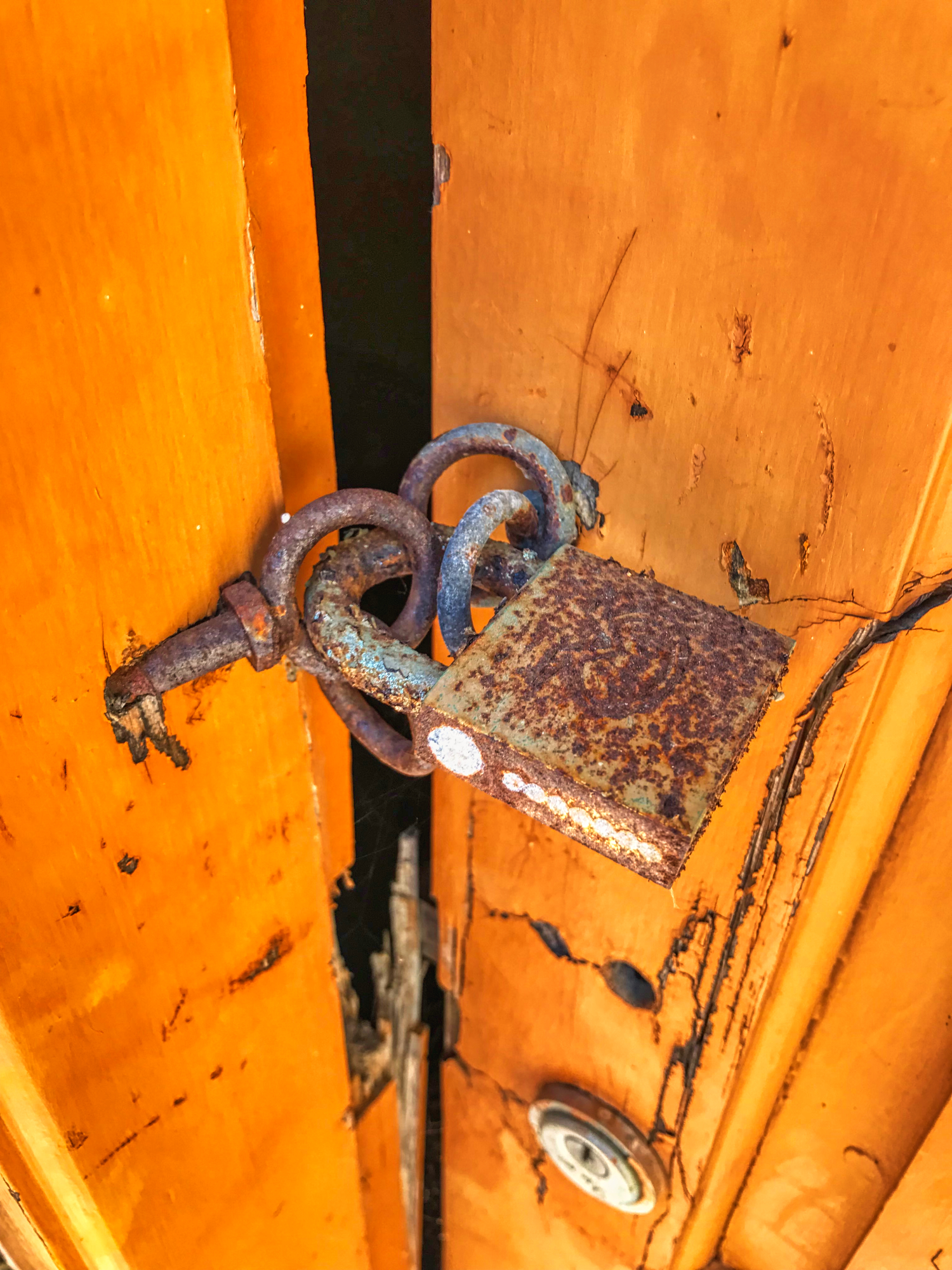 The next door was locked and contained a padlock with several years of rust intact.

I was feeling a little uneasy at this point, it was all a little quiet and I am unused to exploring alone. I could see there were two other locked doors of which one contained an unlocked padlock. 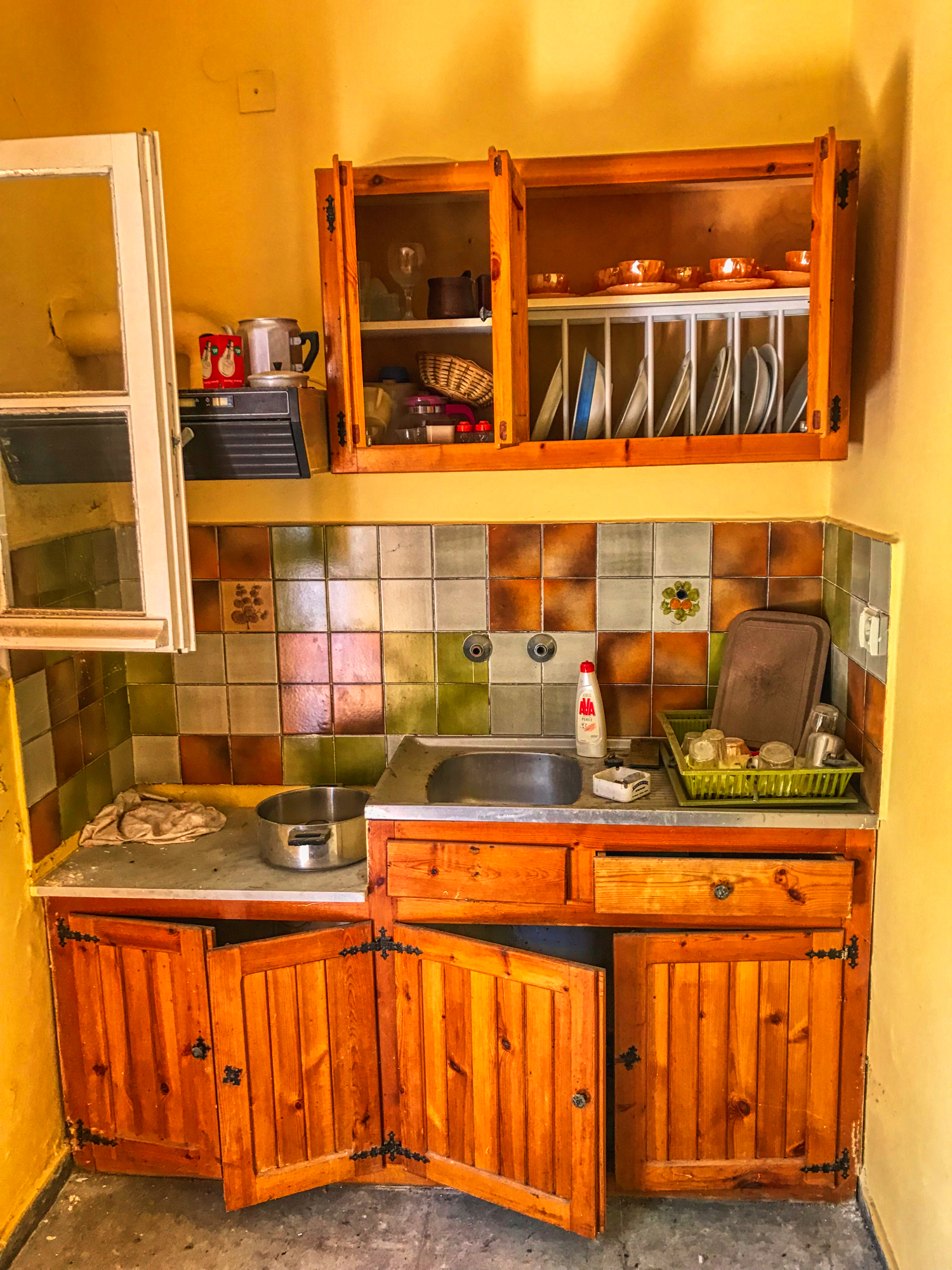 Looking around I felt that strange sense of déjà-vu. It was the same as the other one and yet different. 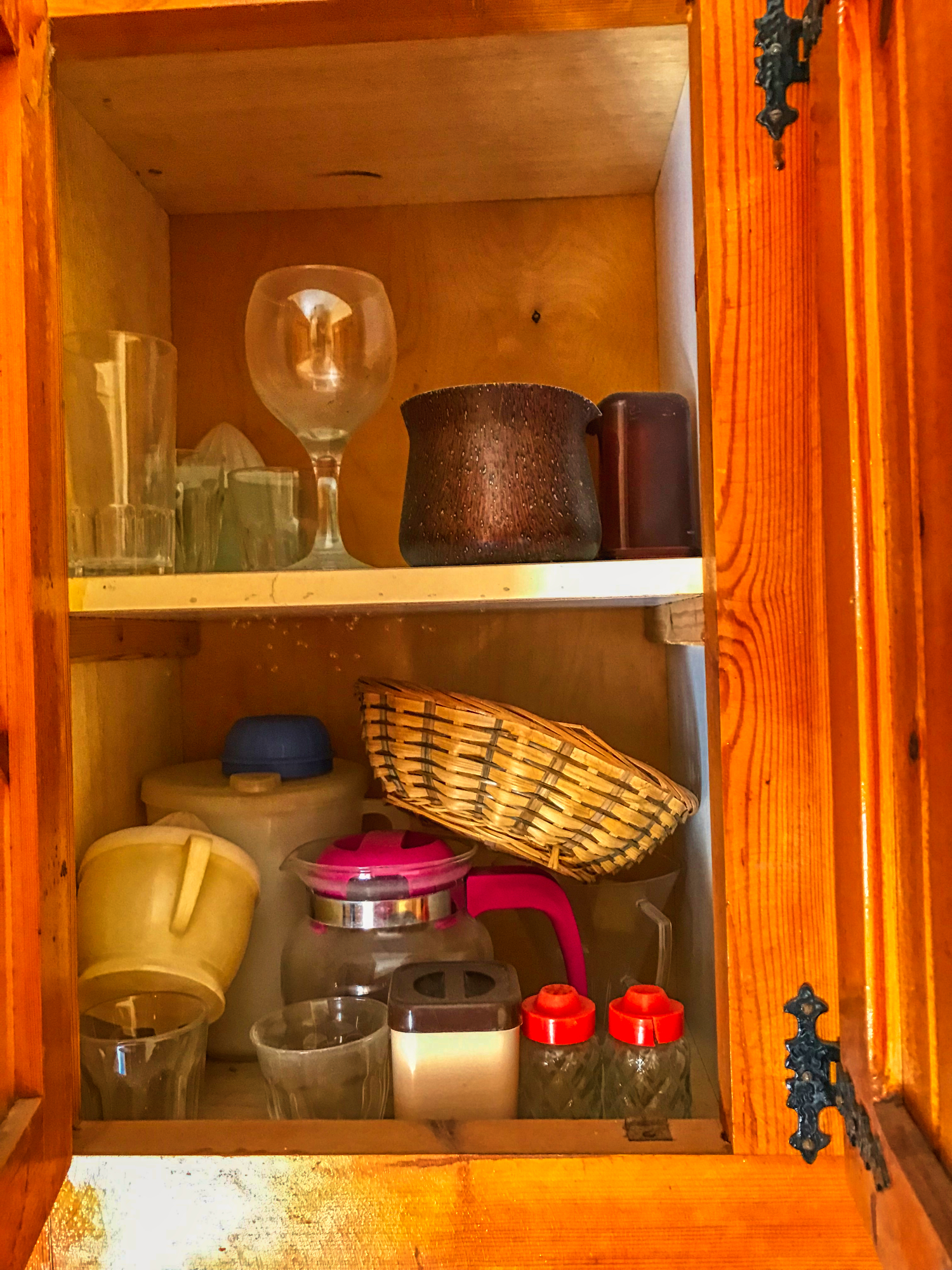 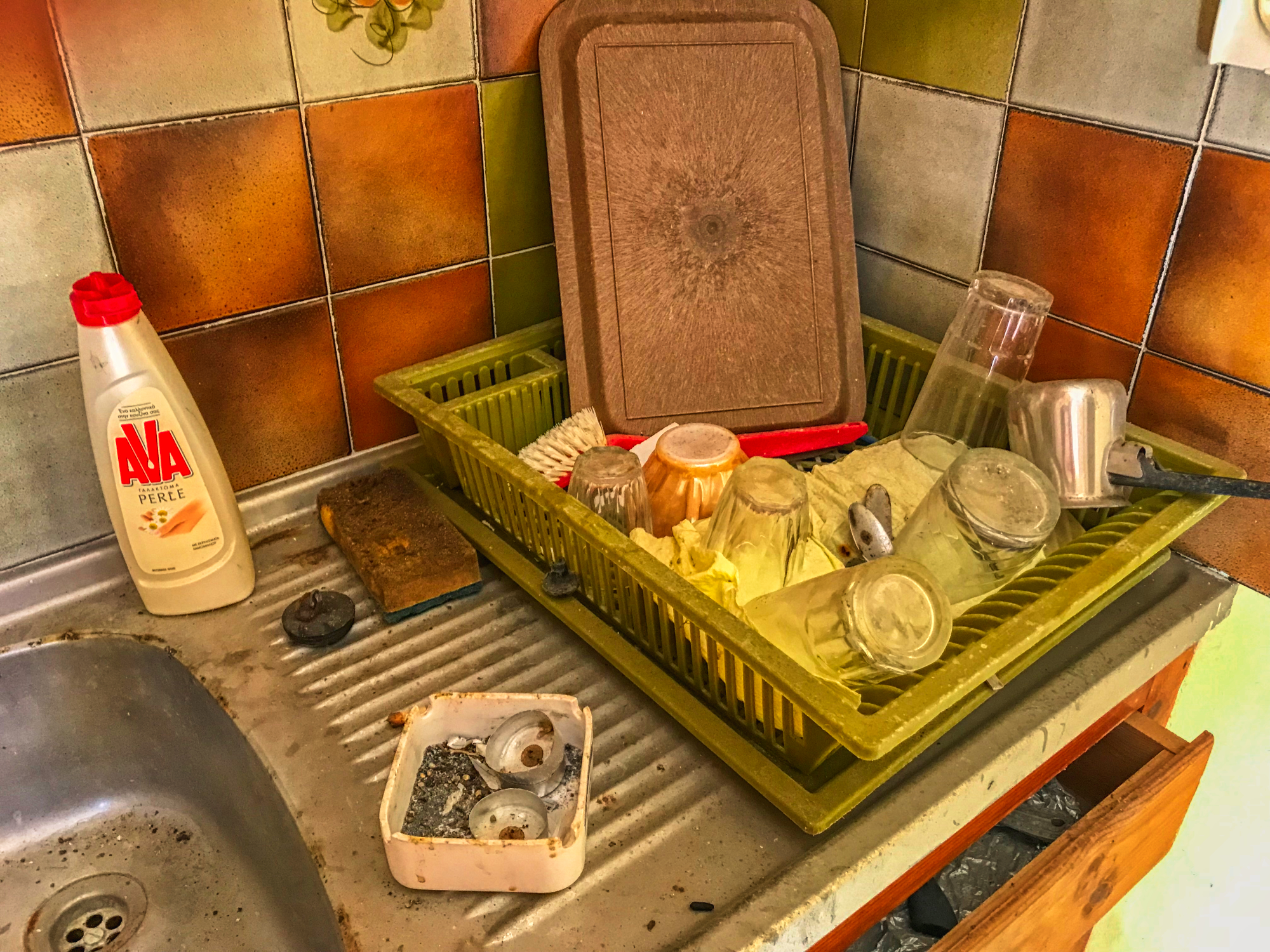 Someone had not put all the dishes away, that was it.

What are those things in the ash, is that what smackheads use to cook up their gear?

It dawned on me that this must have been a cheap tourist hangout for self-caterers. It was a little off the beaten track, and up a massive hill.

That would make it great for visits to the beach and totally shit when you wanted to return.

Had COVID wiped out this place? I think it could be so. 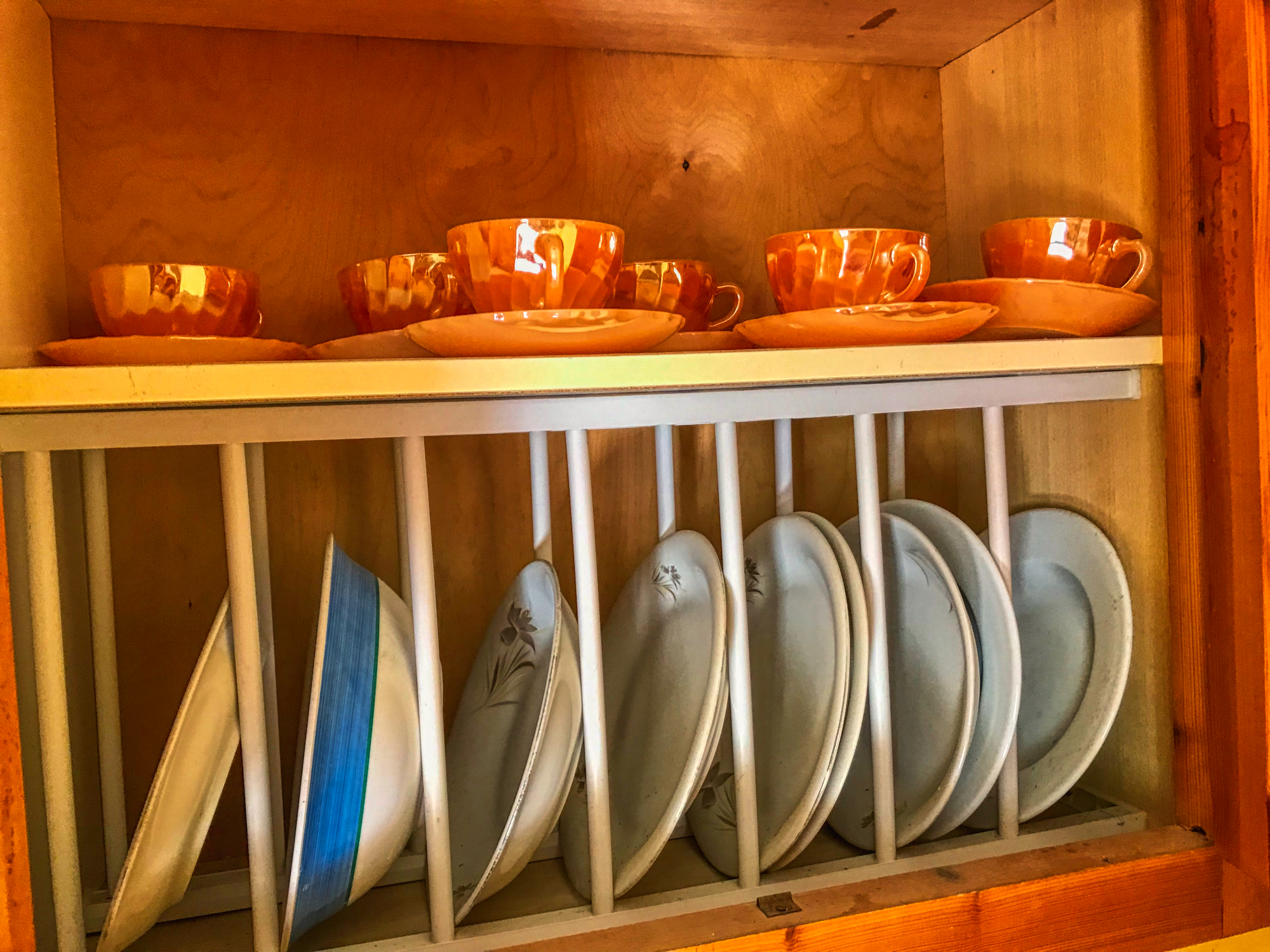 Nice cups if you want a coffee.

I wouldn’t like to place my head on those filthy pillows. 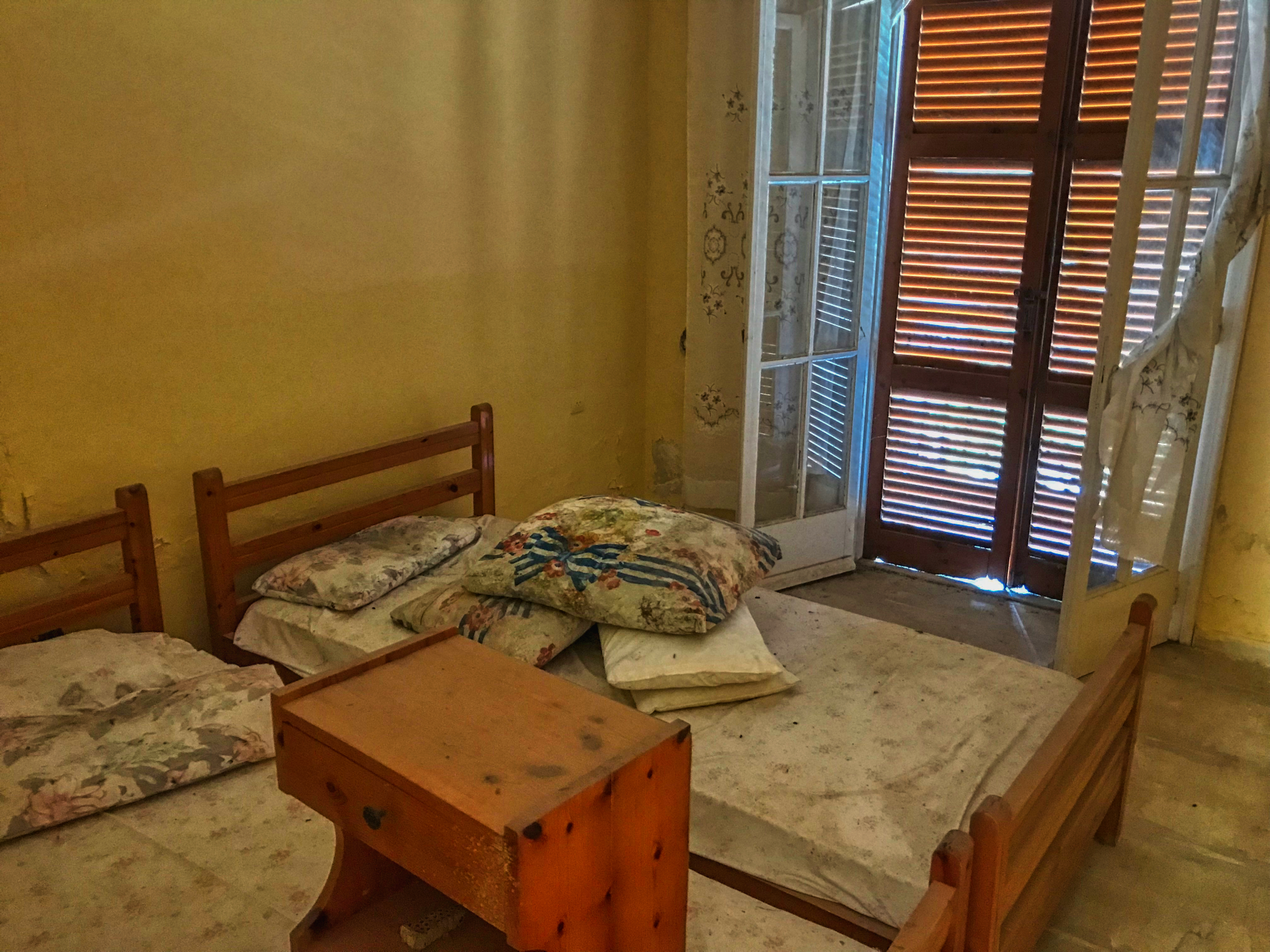 The rooms were as bare as the other one. Well, this was quite boring. 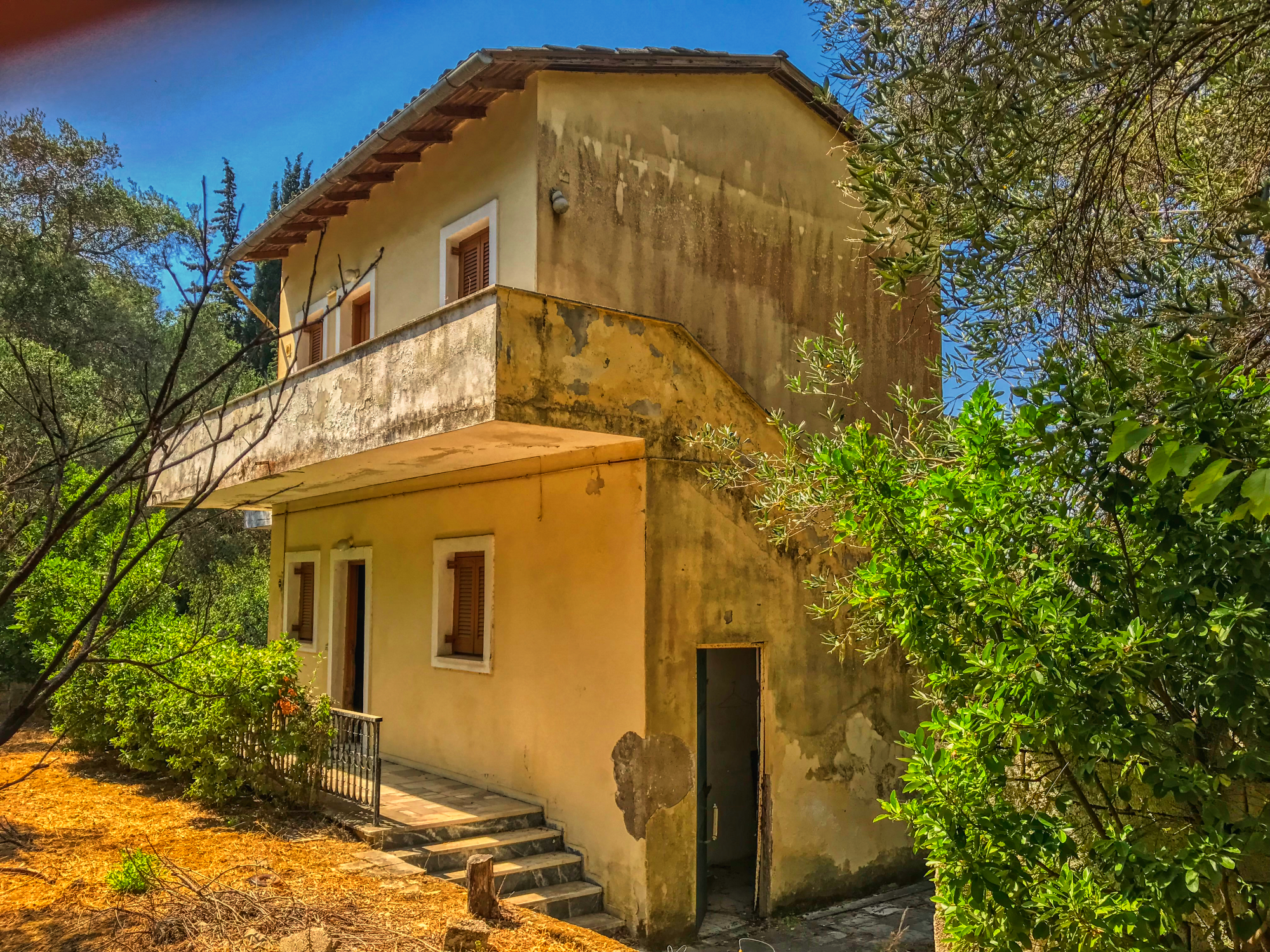 I was not taking my usual care due to the heat and unrest I was feeling. It's been a while since I had a finger on my images. 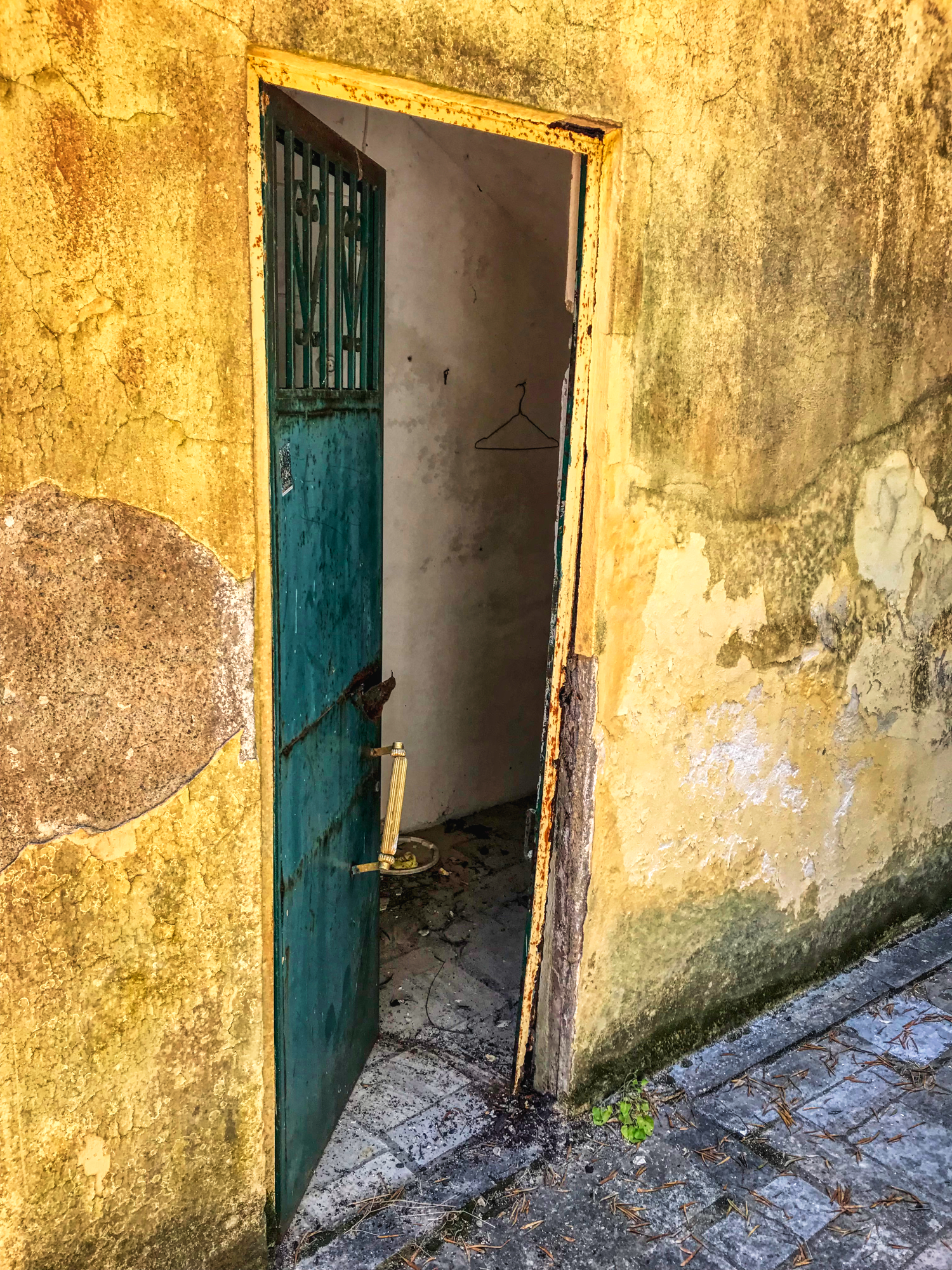 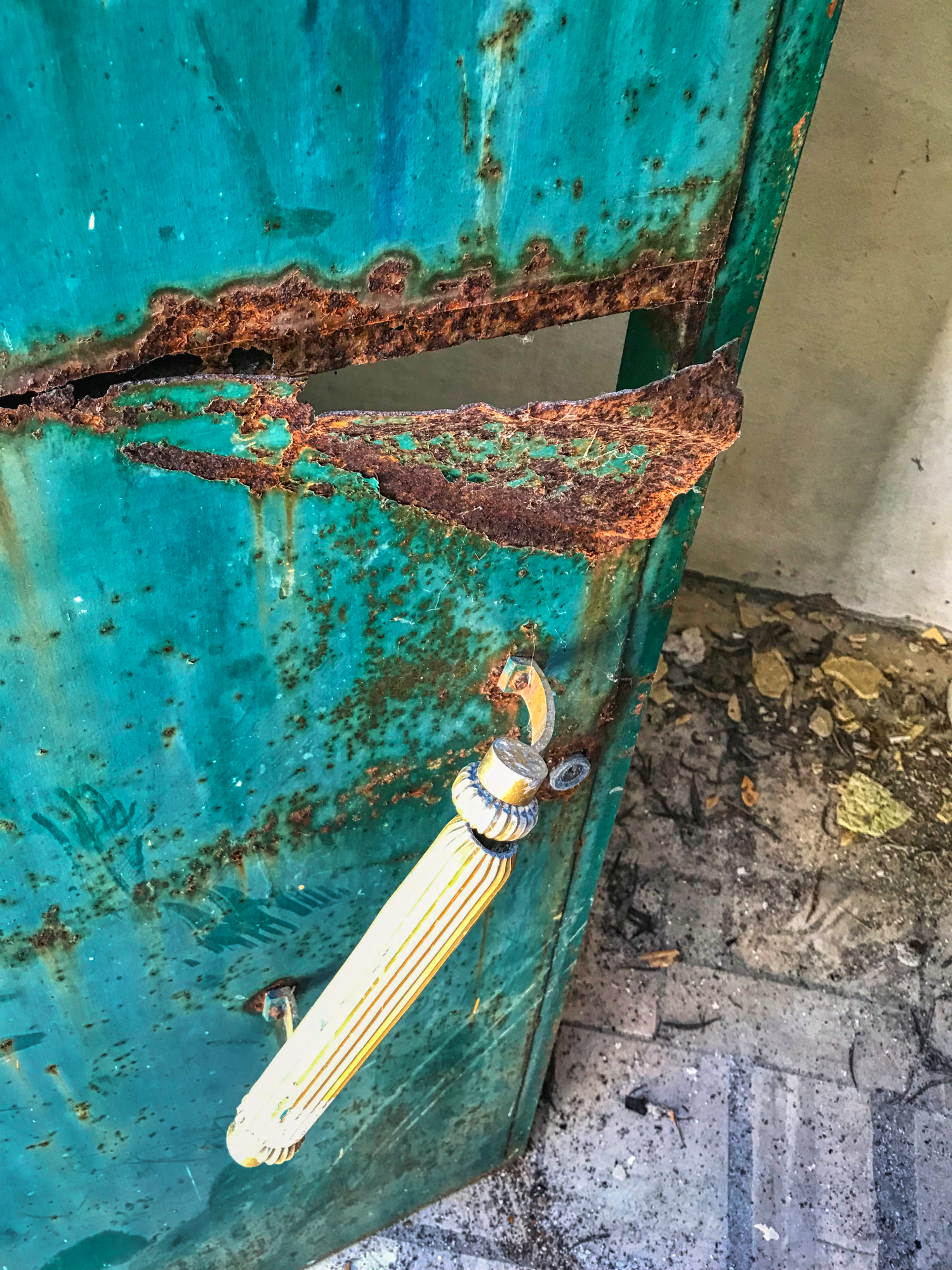 This other room with a heavily rusted door was wide open. 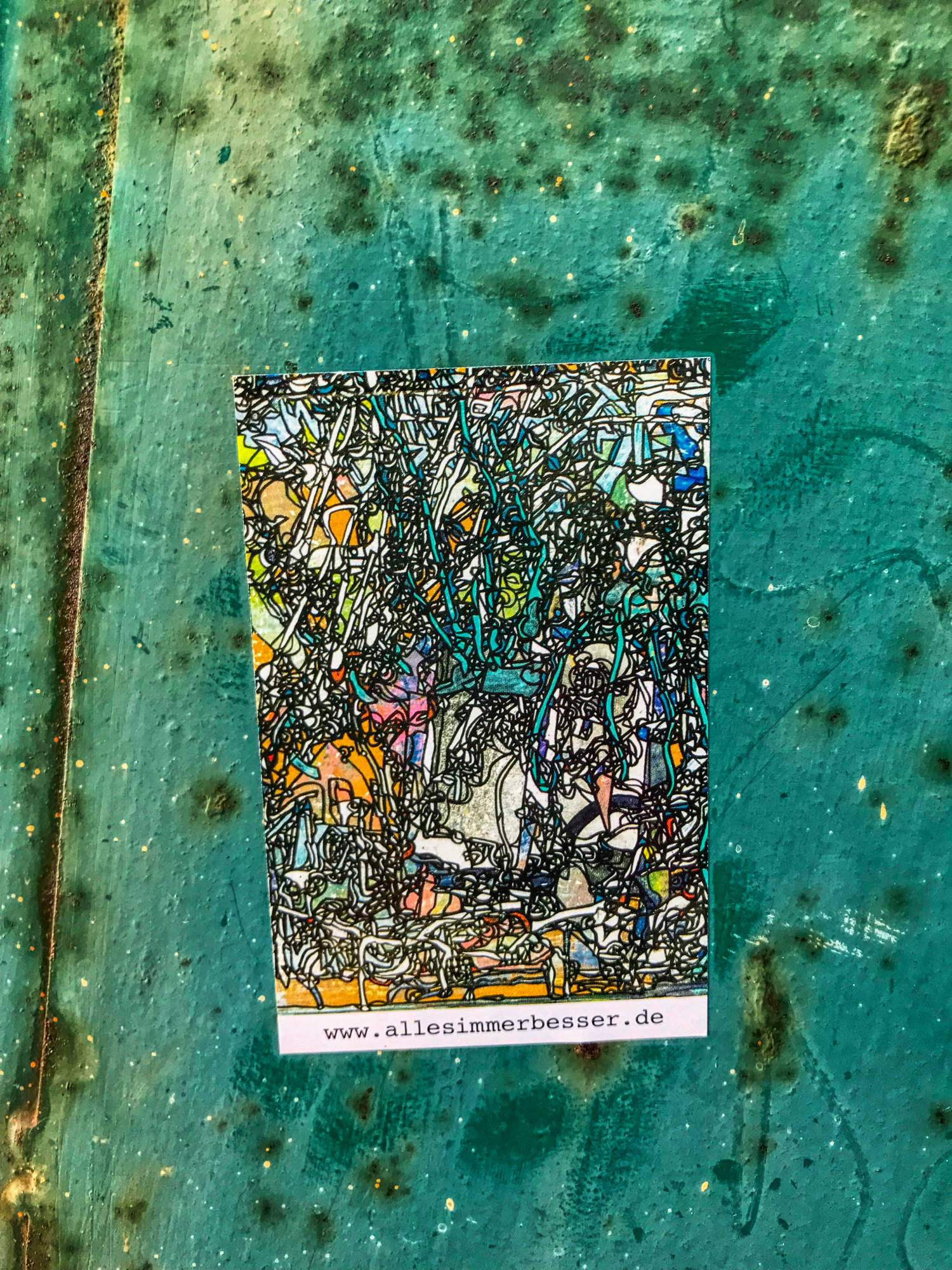 I have come to expect those stickers from other explorers stuck everywhere in the UK but surely not a Corfu flavoured one here? 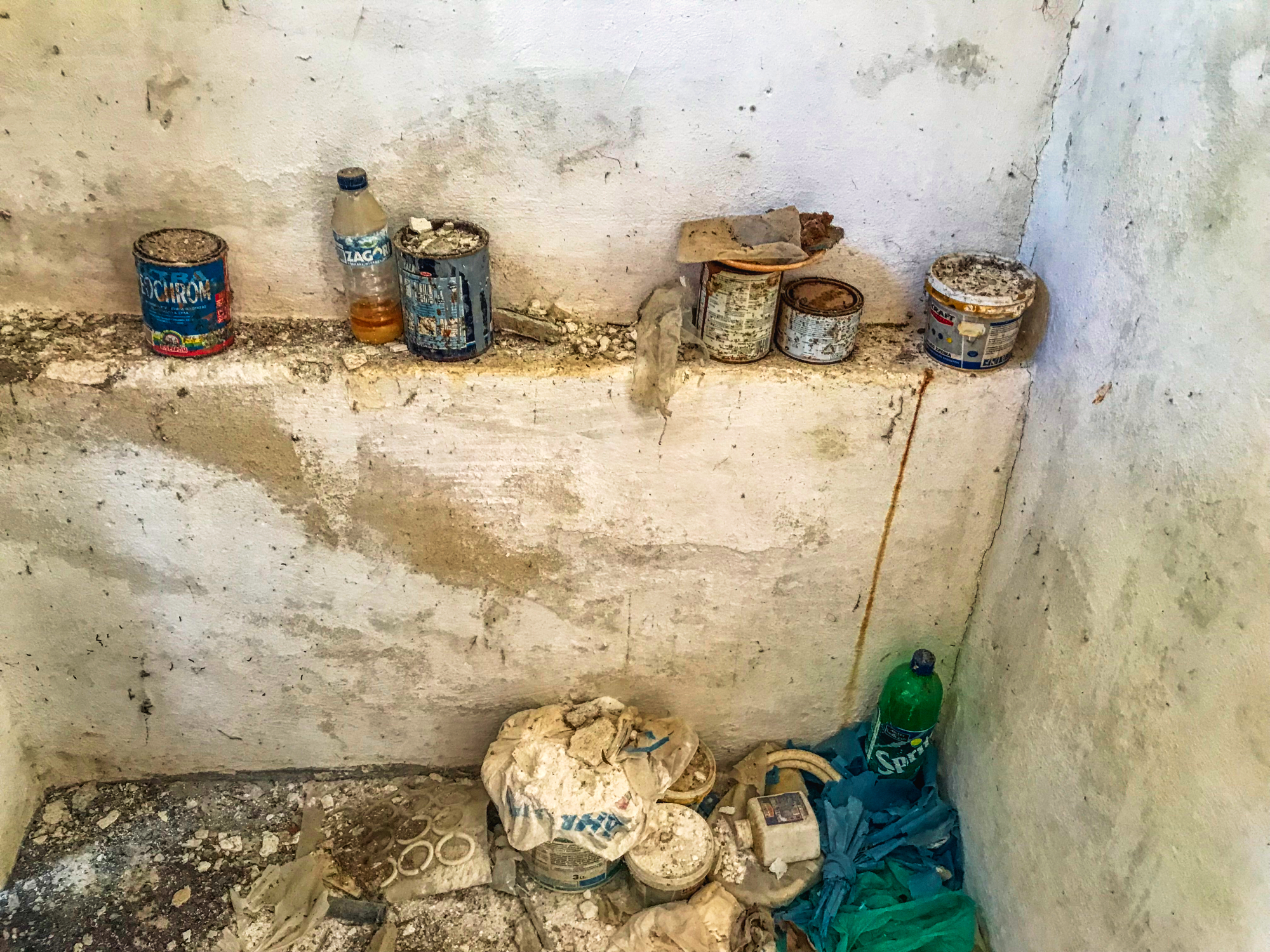 Inside was incredibly dull with some old paint and an even older scale in one corner. 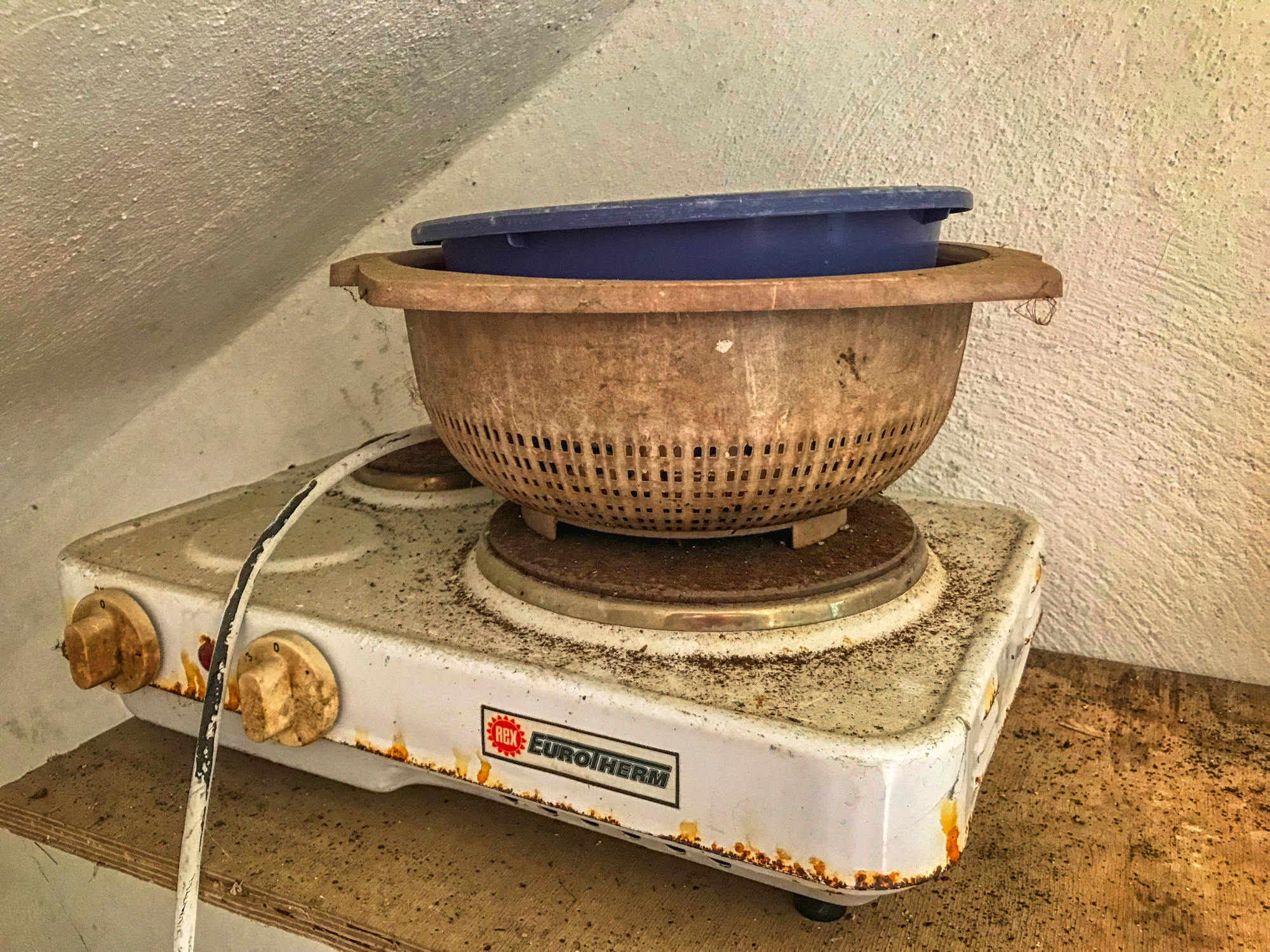 The grounds of the villa were unkempt and half of the rooms burst open yet there were no signs of squatters or undesirables within. Much different from the UK considering the location is quite close to the main resort.

I found @bingbabe baking in the car struggling to breathe. It seems if the rent-a-car is stationary with the engine running the AC pumps out only boiling air.

We left and I vowed no more Urbex in Corfu. It's just too bloody hot.

@poshtoken
about 1 year ago (Edited)

Well at least you clocked up another explore on your trip. Looks like it could be restored to use if there is demand. I wonder what proportion of properties there are for tourists. They must be longing for a return to normality, but if it keeps getting hotter some will go elsewhere.

There was no shortage of derps I could have explored but most looked similar. Half-built things,some graffiti strewn. Many were off the beaten track and not in tourist spots. The heat was unlucky, it should have been 6-8C lower or so. That I could have handled.

I wonder what happened to the people??? What could be a reason to abandon their property?

That's the big question, where are the owners, who are they?

To leave their belongings ... something may have happened!
Ohhh... scary!

I did feel uneasy on this one, it's an unfamiliar feeling.

I would probably be scared of getting stuck with something and getting sick.

Always cool to see your work, and finger this time.

@slobberchops Very detailed in your tour, so much so that I was walking through it with you and was nervous that someone would appear from one of the empty rooms. Thanks for sharing :-)

This place looks like better than the previous ones. Is it in Corfu? With some renovations, it could be liveable.

It's run down but not in bad condition at all. Neglect over 1-2 years I would say.

a greek tragedy, some nice old cans and a draw full of cock rings, what a wonderful find

Cock rings, is that what they are? I am too innocent to know about such devices. 😌

Would have scored better points taking a chilled drink for @bingbabe to enjoy on the patio with the view under the big tree!

Brilliant spot to refurbish one day is markets come right along with the rest of the world. Thing is did not see any AC's in there, sure would need that during the heat of summer.

OK you sounded frantic about being on foreign soil, still got to see quite a bit considering you could be paddling on the beach below 😆

I was not comfortable at all in there and spent less than 10 minutes mooching around. Something was bothering me, other than the heat and wasps!

Ghosts of Corfu possibly? Freaky and scary in daylight, some places give you shivers up the spine, you just cannot place a finger on it...

Still nice views from the outside!

Quite stunning, really. With a lick of paint and tidying up it looks like it could be quite a groovy place.

Ah, give me some heat. Still cold here.

You wouldn't have wanted that much heat, trust me! It's nice to be back in 20C UK again, surely its not that cold where you are?

I was waiting for the climax in the form of a mad tramp, plastered with wasps, who will ask you to give him change to buy a sponge for washing dishes 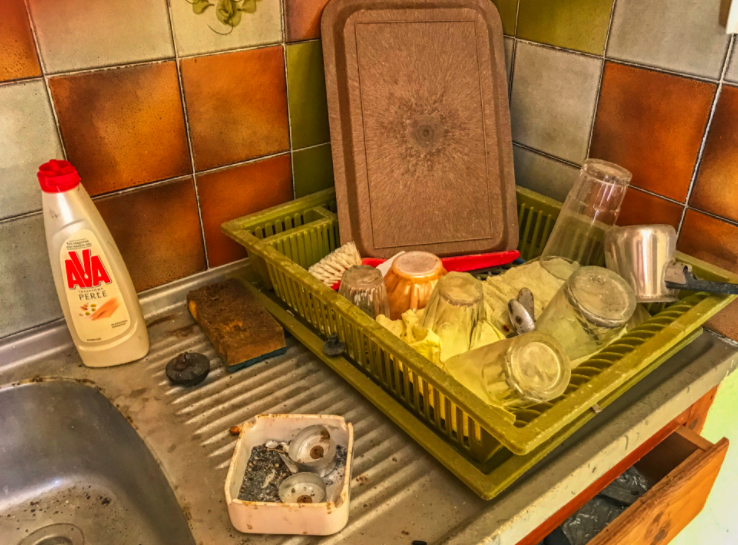 I hope he will appear in the next story...

The Wasp villa looks pretty nice to be honest... I'd move in tomorrow. It's all set up with crockery and everything 😂

Maybe give the toilet and kitchen a little clean, but that garden has a re-wilded style that some hipsters would pay top dollar for!

It was not run-down, more neglected and easy to spruce up again. The location was not so good, and too far out of town to be desirable.

I'm a bit of an introvert IRL so off the beaten track would suit me fine.

Lol, when those crypto millions roll in I'll sere about buying it as a Greek country retreat 😅

I was waiting for the owners to show when you got to the second setup, which, frankly, was a little weird to have the same kitchen. Must have been a beach rental or family duplex? It actually didn't look too banged up, pretty neglected, but, a small dose of TLC and that place would be stunning.

I am trying to figure out why it felt so uneasy in there, but, perhaps the thoughts of having a Greek owner drop in on you with no English skills may be a little uncomfortable, or perhaps just being alone when you usually have your trusty sidekick.

At any rate, doing that in the heat is cause for expiration, hang with @bingbabe and wait out the heat. I think that means Greece in the autumn.

Pretty cool find, but, the UK is totally more exciting! :)

I am trying to figure out why it felt so uneasy in there, but, perhaps the thoughts of having a Greek owner drop in on you with no English skills may be a little uncomfortable, or perhaps just being alone when you usually have your trusty sidekick.

Both of these things, and yeah.. the UK I have found is more interesting. Next one and ongoing.. is the UK!