Having survived Excelsior Works we plotted out the next stop which was to be an old abandoned house next to a busy junction.

“It’s 3 miles this way, and out of town”, I said to @anidiotexplores who was sulking as he had lost his sunglasses in the old works.

Within 10 minutes we arrived to find a ton of old bricks. Fuck, demolished. It happens only too frequently and is worse than a fail. 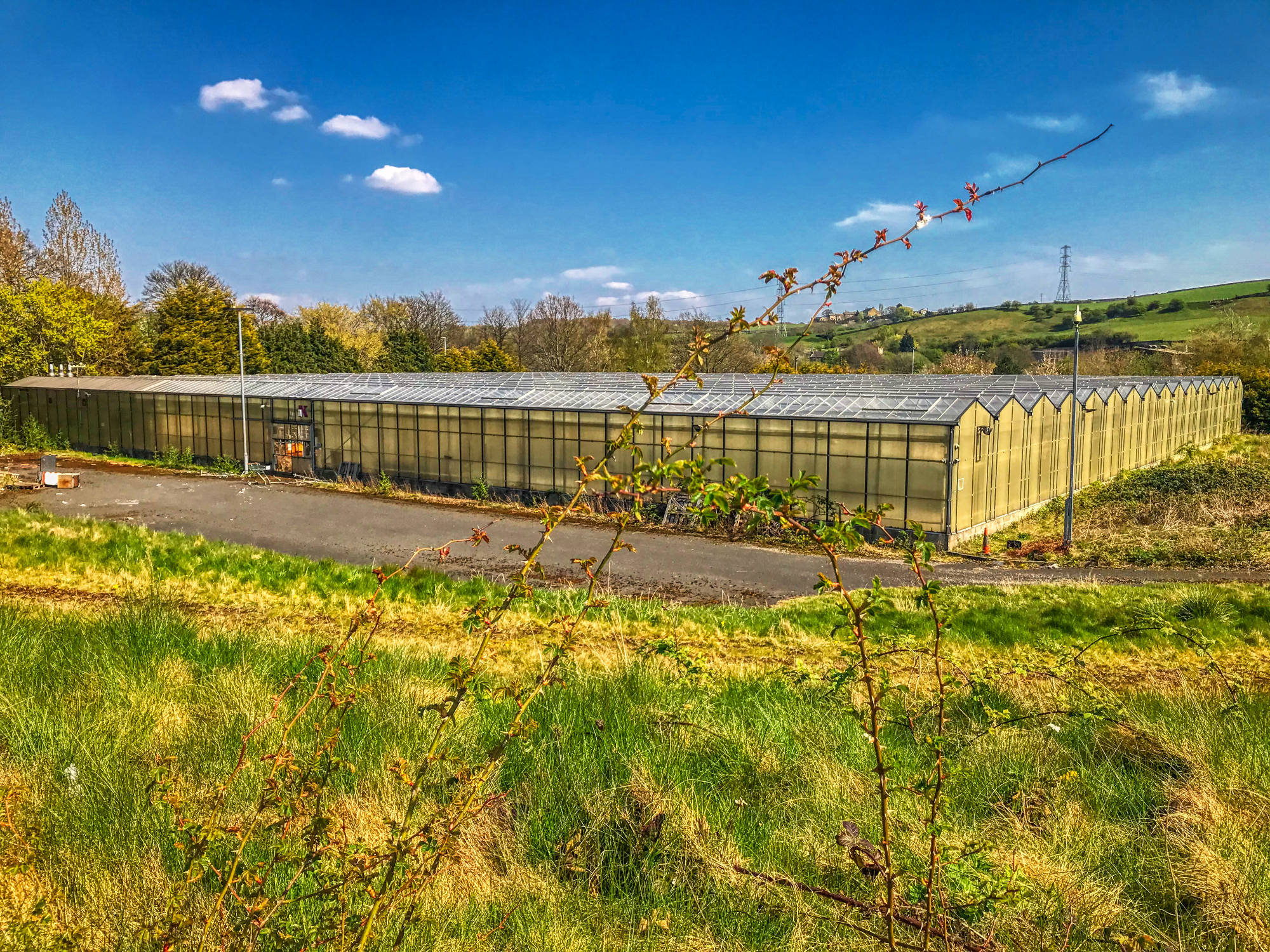 I knew Bradley Nurseries was just around the corner but it proved a little harder to find than I had anticipated.

It’s next to a church..., I thought seeing one come into view.

Bradley Nurseries is not a child-care nursery, more a horticultural garden centre has been.

Its history stems back over 150 years, and at the height of its operations was providing around half a million bedding plants annually for planting in local Huddersfield parks and gardens.

Bradley Nurseries was controversially closed in December 2016, with Kirklees Council explaining that it was cheaper to buy plants from commercial firms.

The site has been put up for sale numerous times, but as of 2021, no developments have occurred and the nurseries remain derelict.

Old garden centres are not the most exciting explores as I had discovered during my visit to Holland Gardening Centre last year. That one had been subject to arson and there was barely a thing left. Bradley Nurseries looked a little more intact and we quickly found ourselves edging through a gap in the fence and within the grounds. 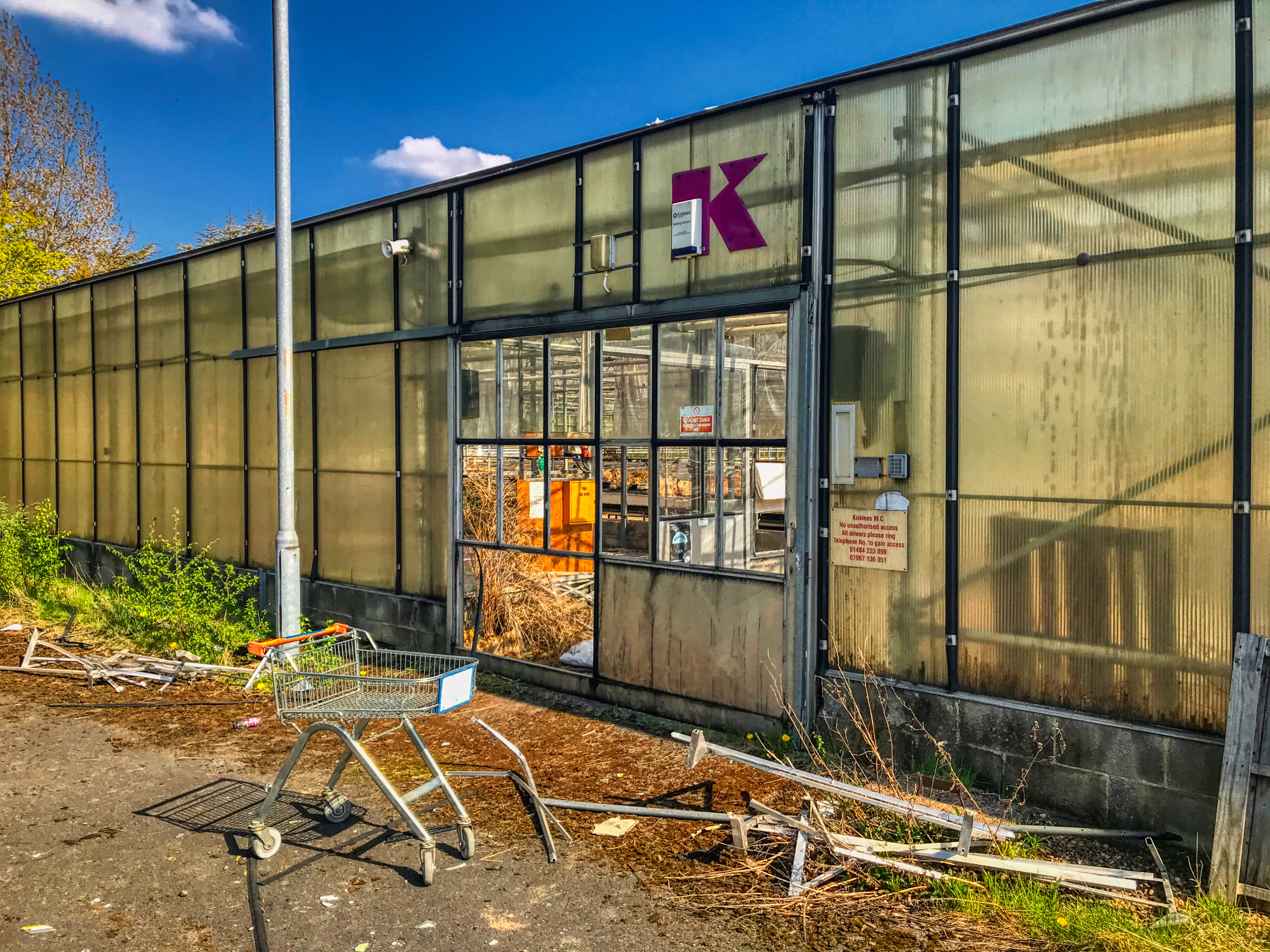 This looked like the old front door which you can still access albeit with a little crouching low now while taking care to avoid the broken glass.

The inferno hit us immediately. It was a decent day with temperatures in the low 20C’s (low 70F’s for you Americans), but that was not the case inside.

“This is going to have to be a quick one”, I yelled to @anidiotexplores who had taken off into the nearby vandalised offices.

It was more like 40C inside (102F), and with no breeze whatsoever was distinctly uncomfortable.

It’s better than that crappy Holland Gardening Centre, I thought. 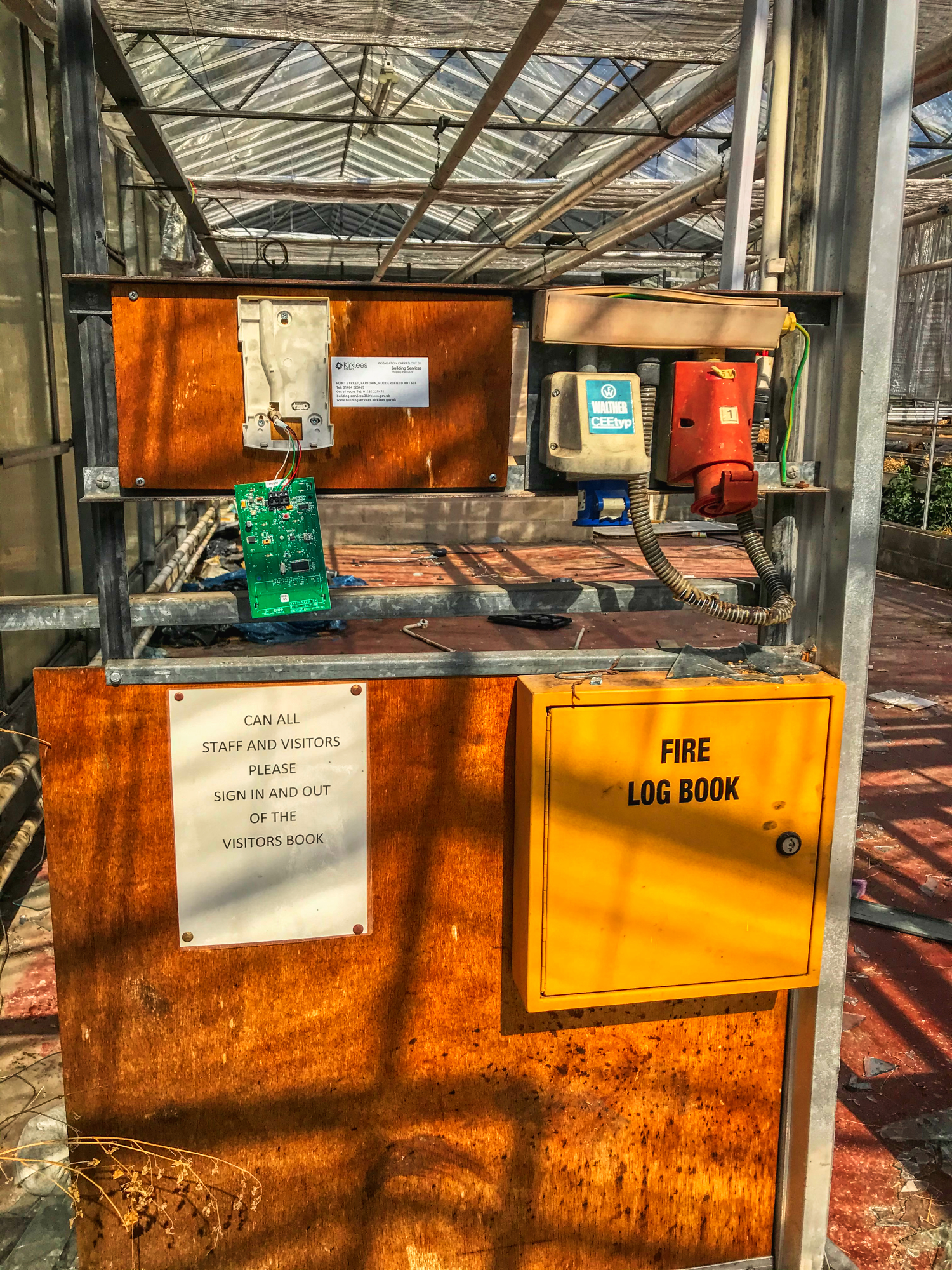 Without a pause to sign in and record my name in the visitor's book as protocol dictates I made for the office area and viewed the scene. 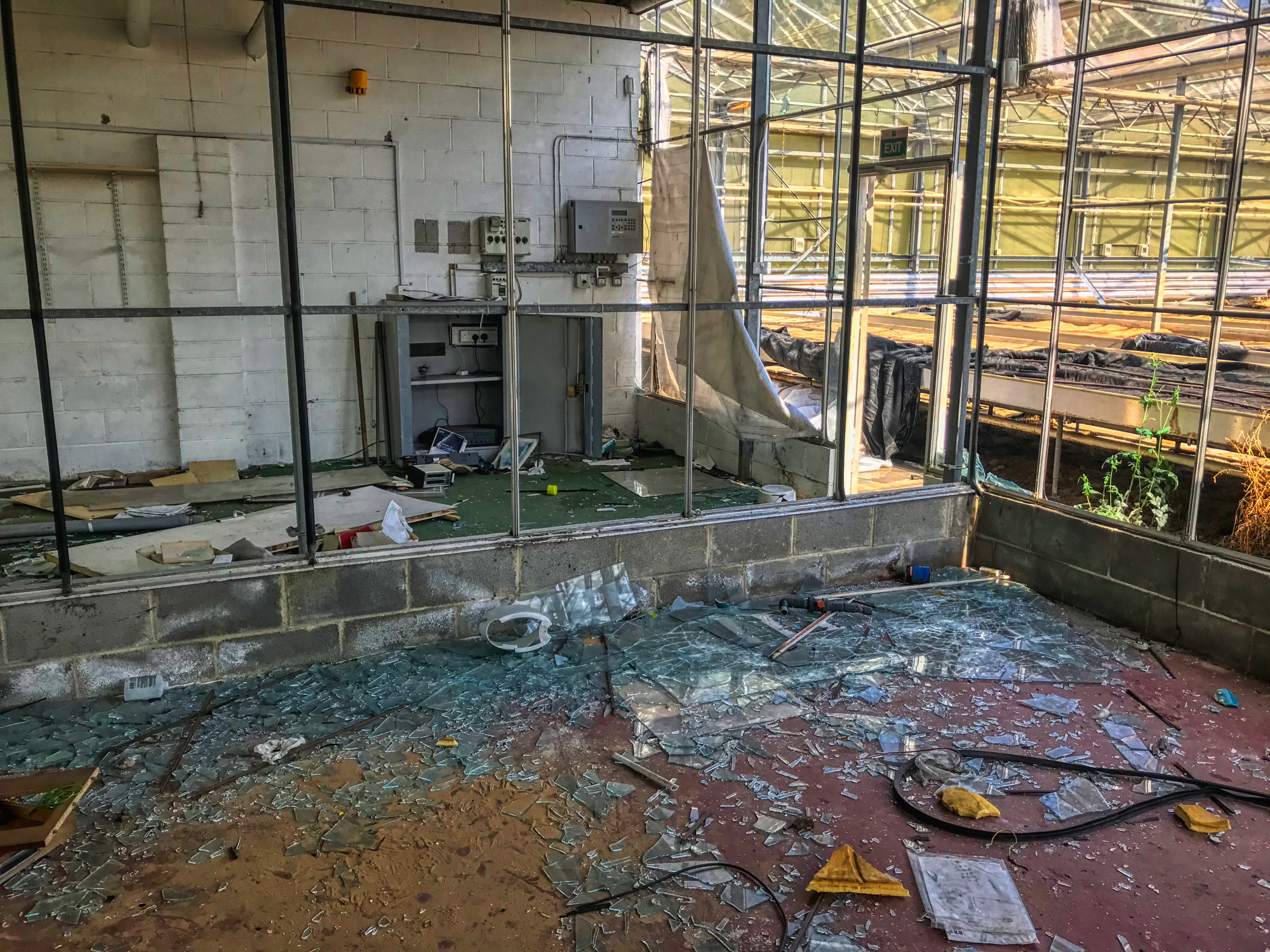 It has been torn apart by the local idiots. I struggled to find a single pane of glass intact. The copper piping had likely been taken and is the reason for the units pulled away from the wall. 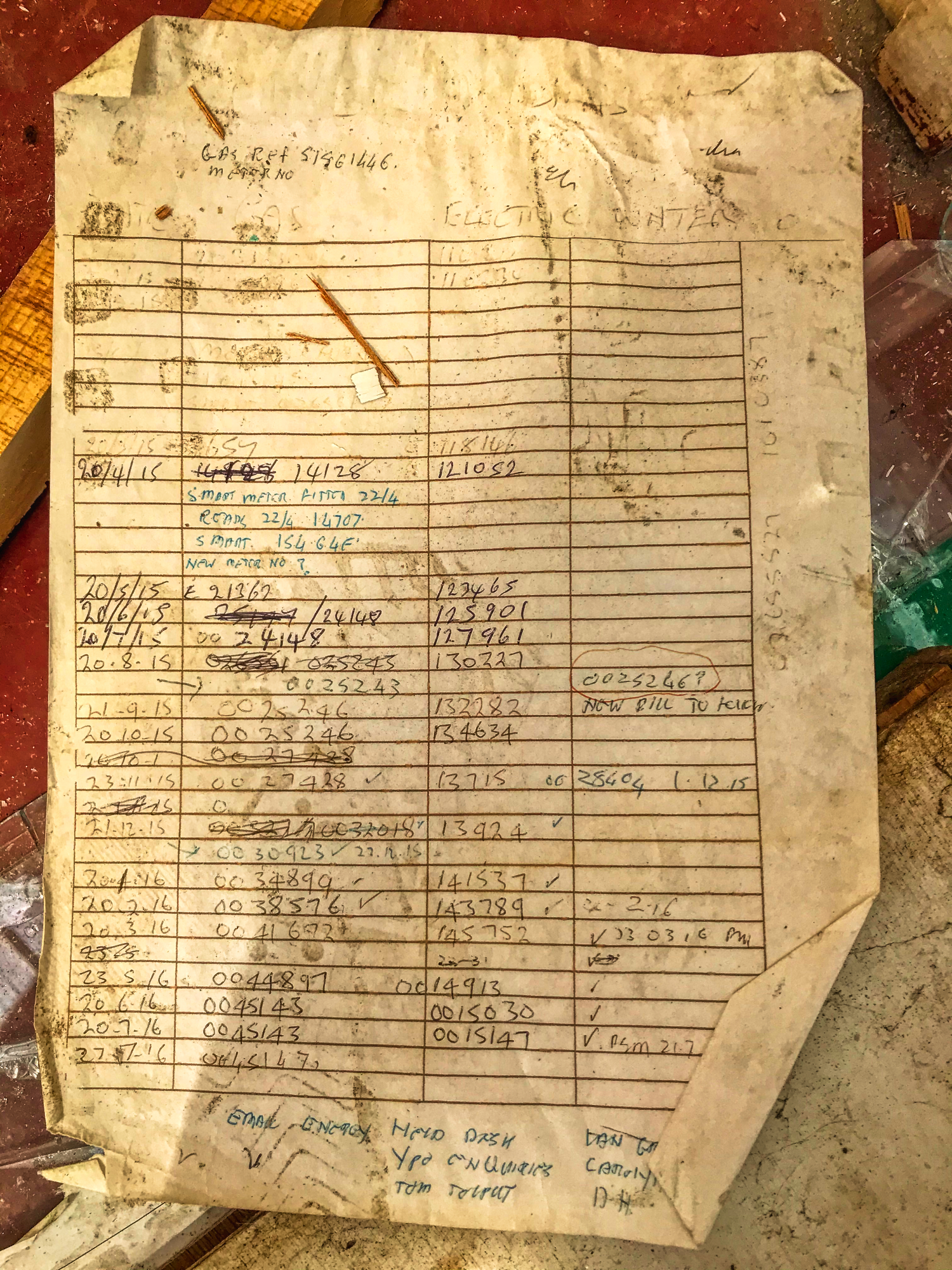 2016 the dirty sheet says. It looks like a record of the meter readings for their utilities. The autumn portfolio was looking distinctly less colourful as I shifted my gaze to the large areas of dead plants within this boiling encampment. 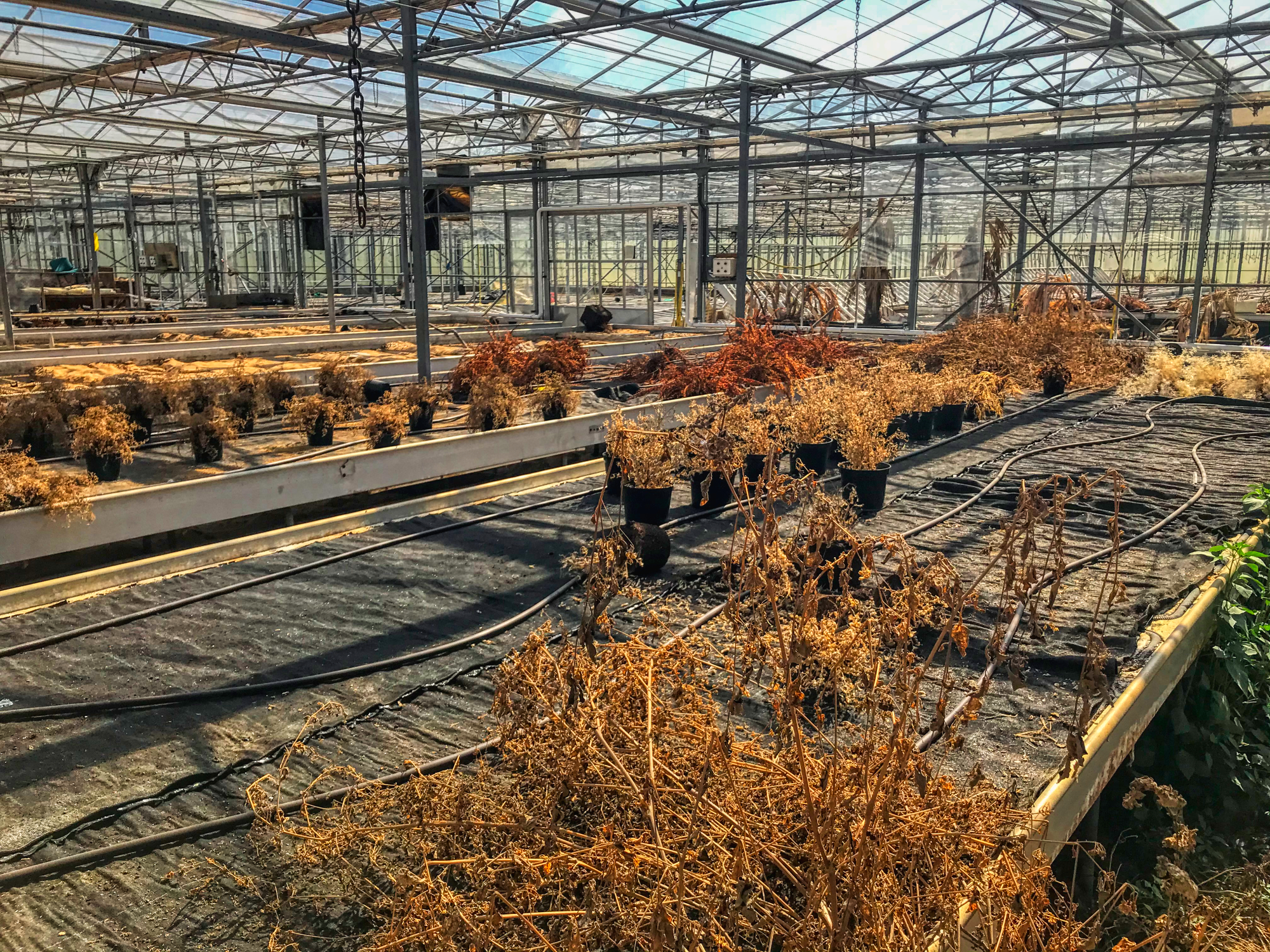 The electric bills to keep the place cool must have been high. 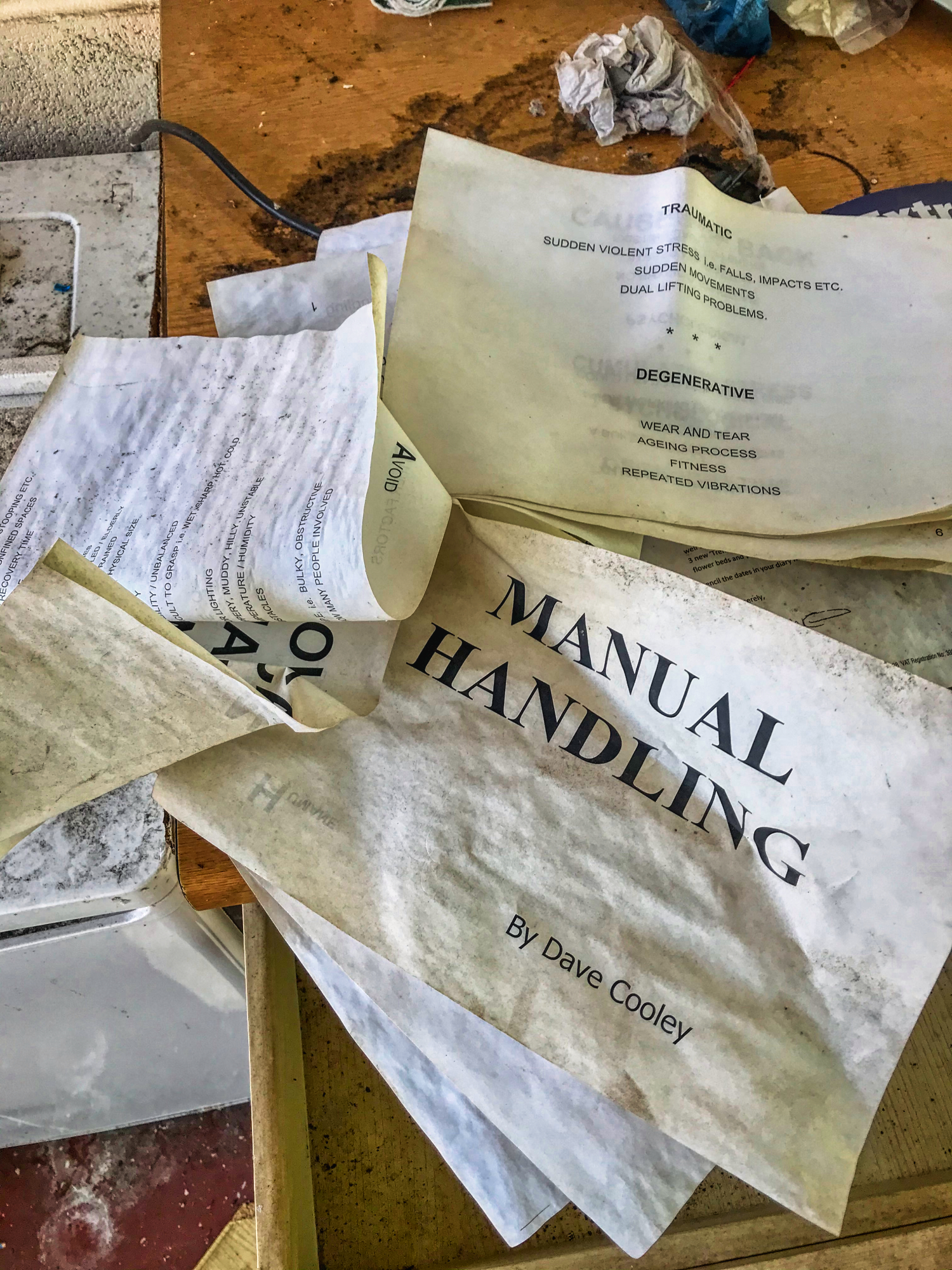 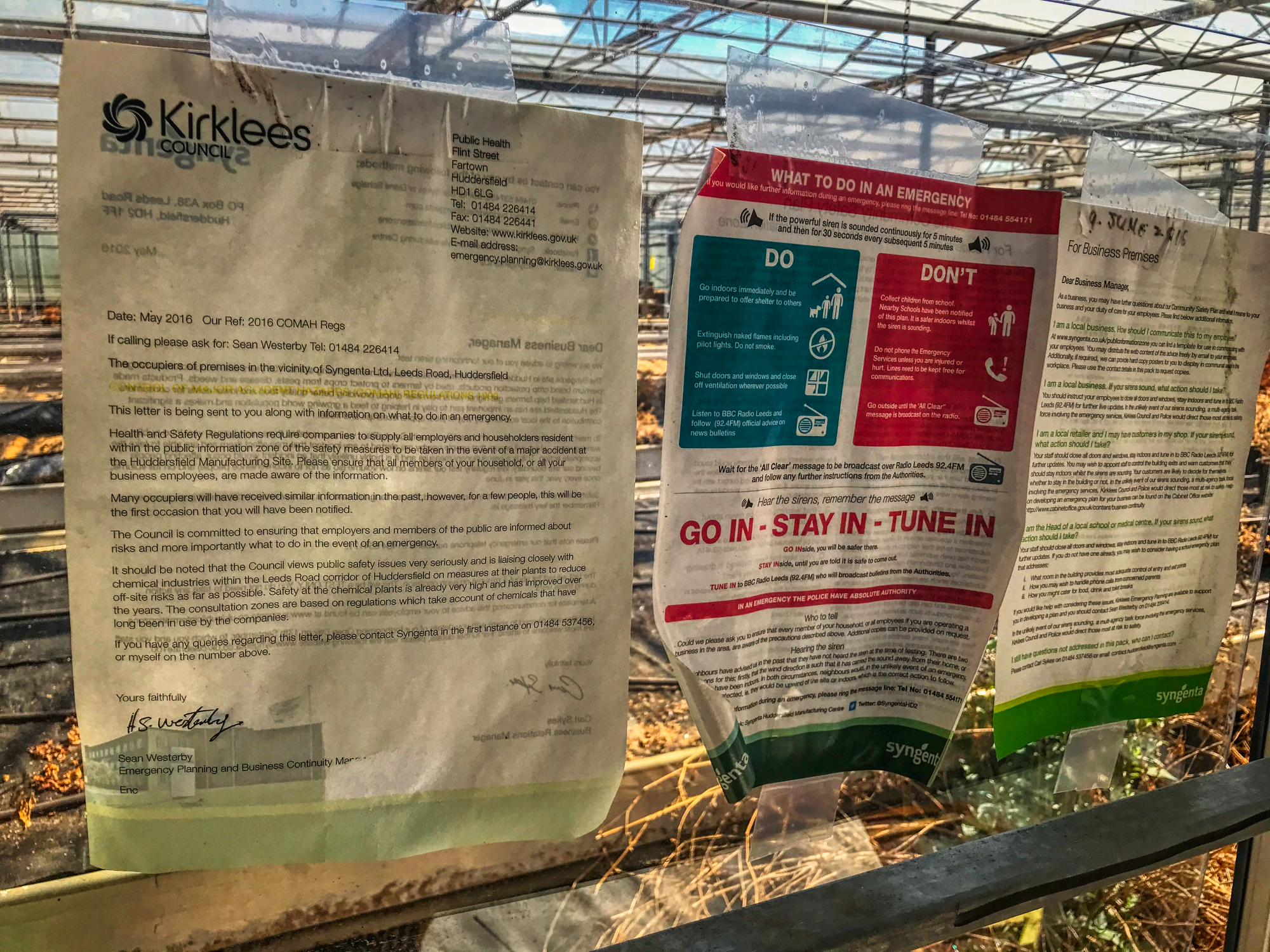 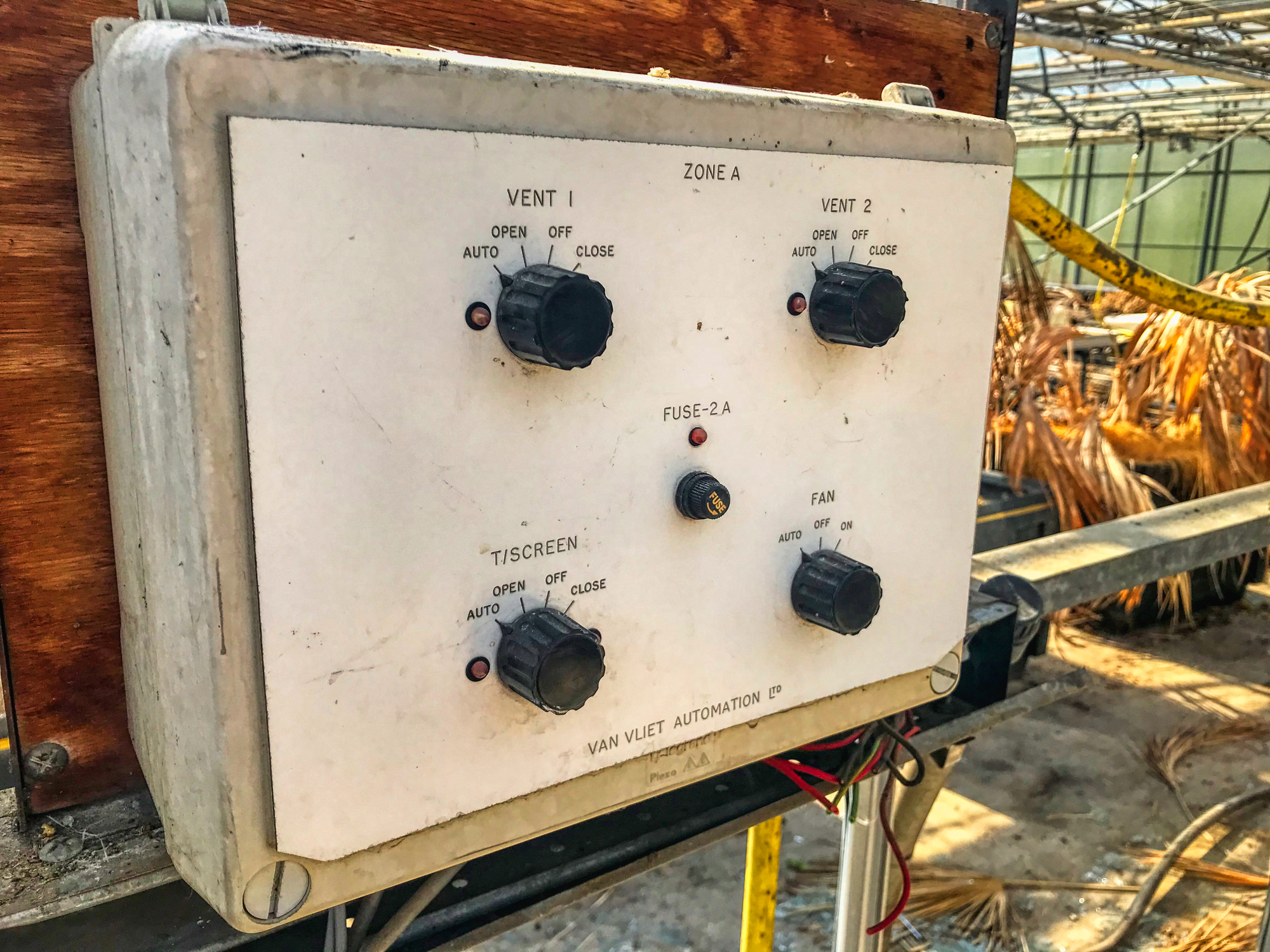 I tried all the switches hoping for a break from the incessant heat but none worked. In hindsight it was a big ask. 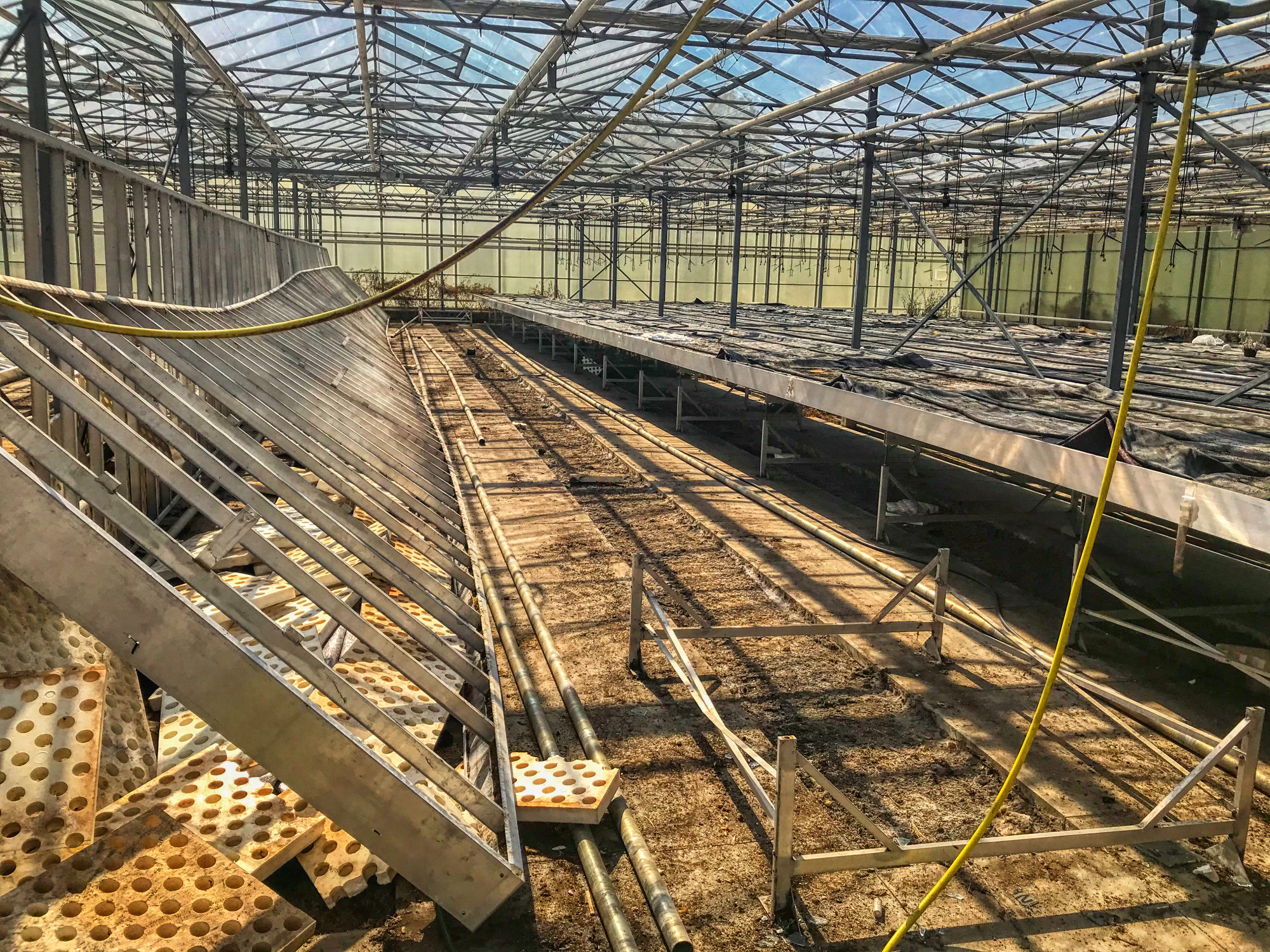 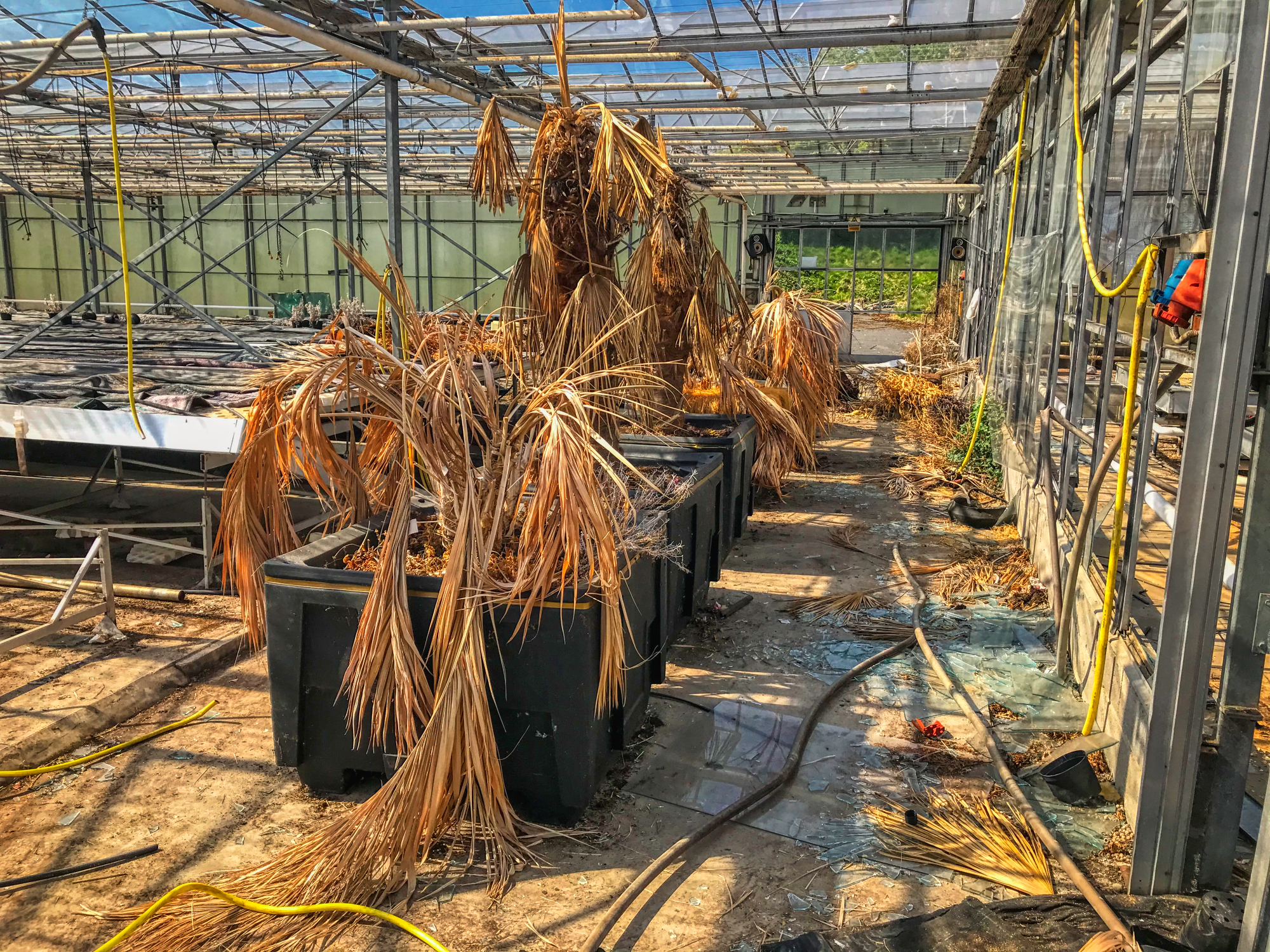 Tropical plants thrive in the heat but it never rains in here. They all died of thirst long ago. I would rather open the door if I could find one and bollocks to the carbon emissions. 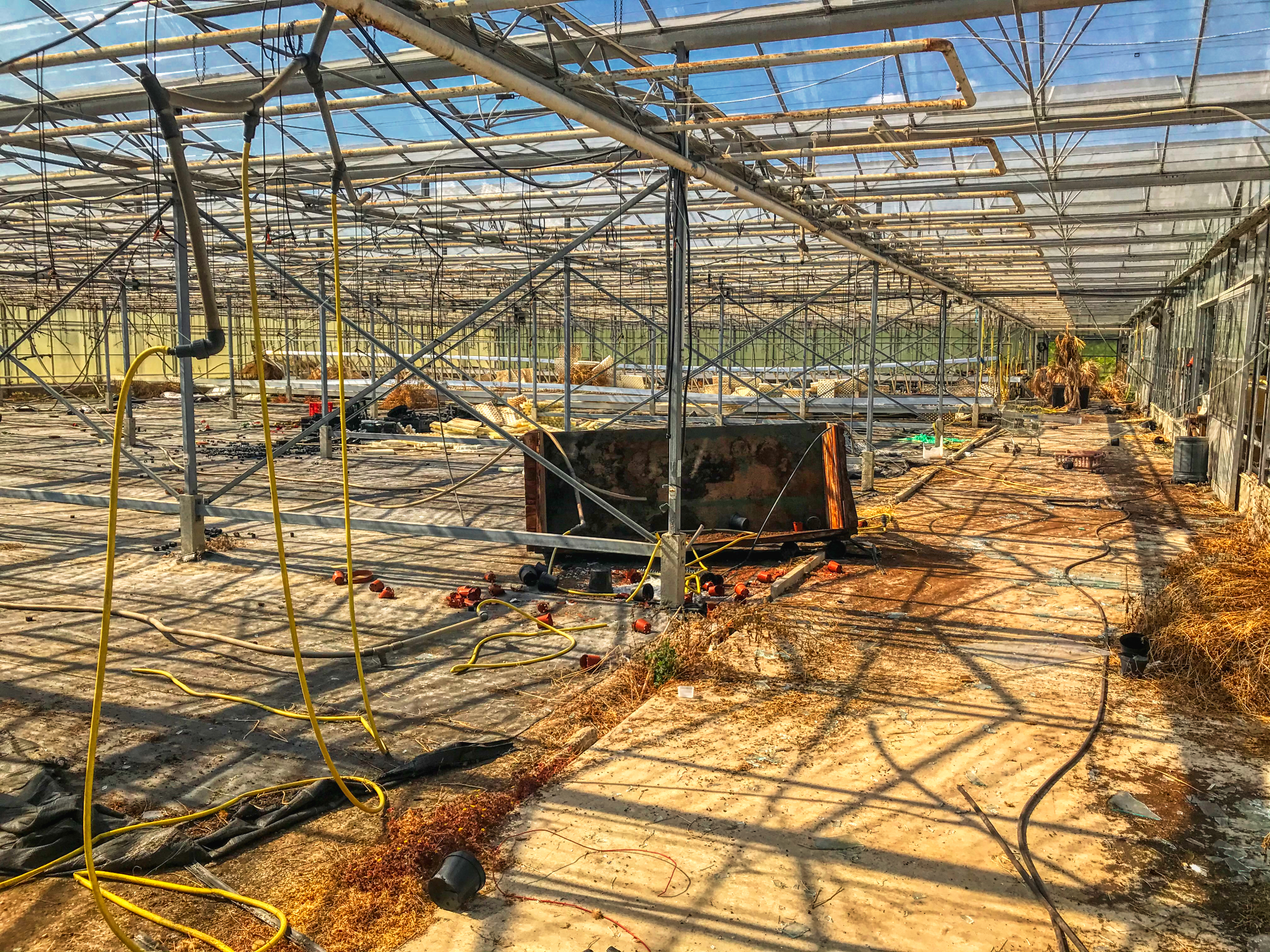 It had to be done, and I walked the length of this hoping there would be a hole in the window I could poke my head out of for some air. 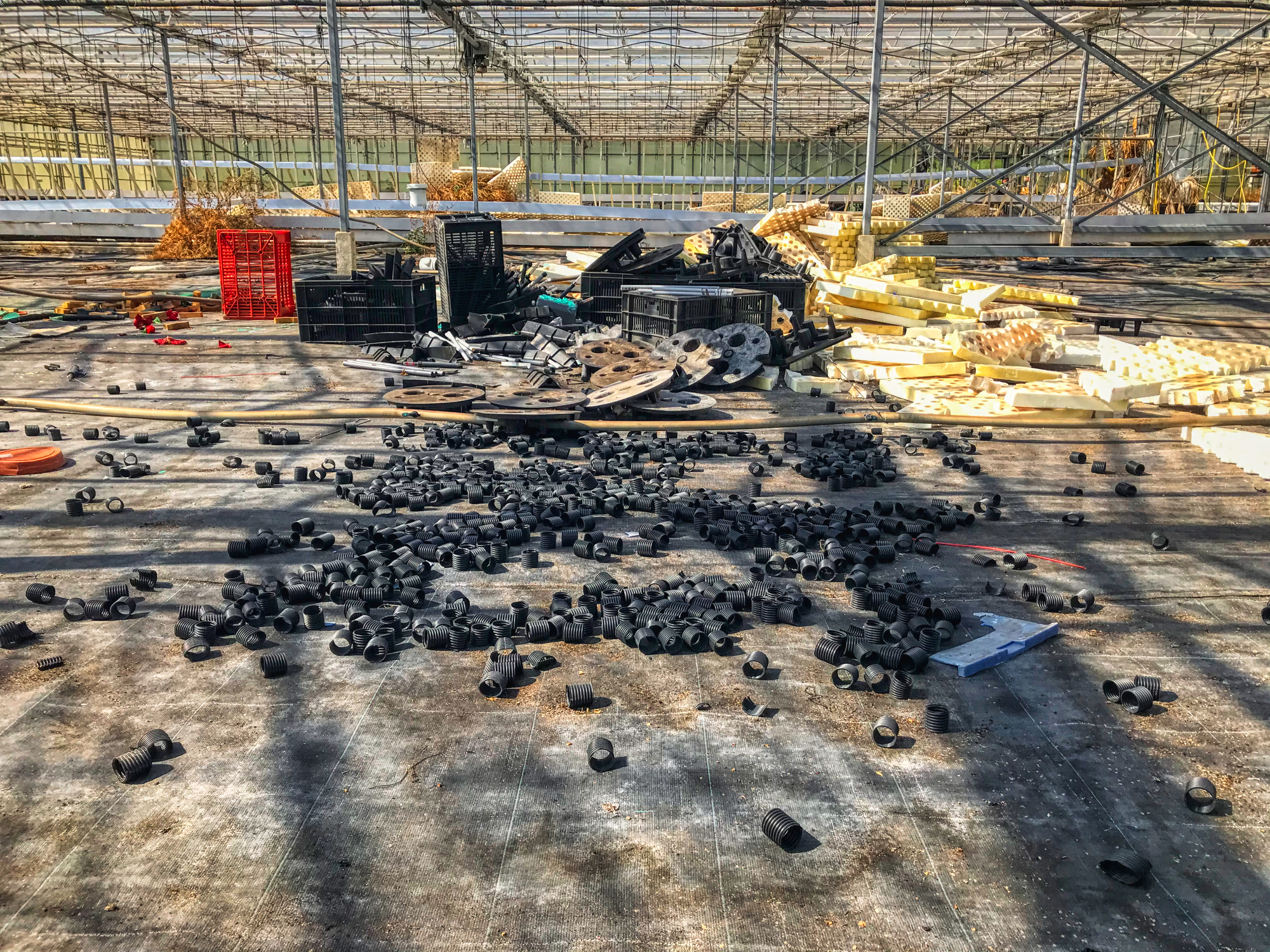 Much of the indoor areas looked similar. These plastic pipes were strewn across the floor haphazardly. They had a thing about meter readings in Bradley Nurseries. The little correspondence I could find was all related to this one subject. 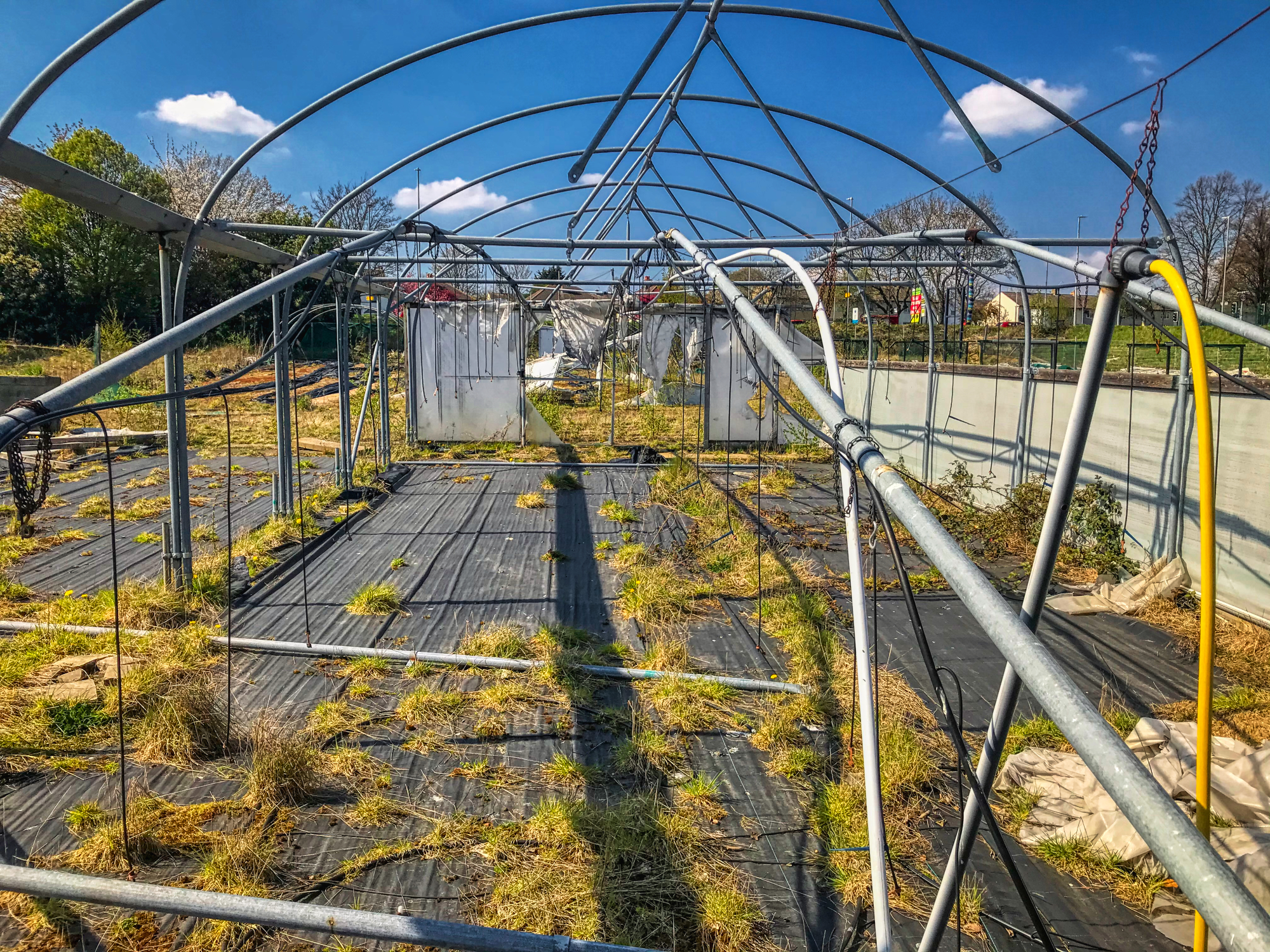 Leaving the large indoor unit I gasped in the cool air, it was wonderful, I could breathe again. The other units had not fared so well and were heavily vandalised with little left. Five years of emptiness had taken its toll on Bradley Nurseries and it was hardly secure.

From the slight hilly outcrop, I managed to take the photographs for the externals like other explorers before have from this very same point. 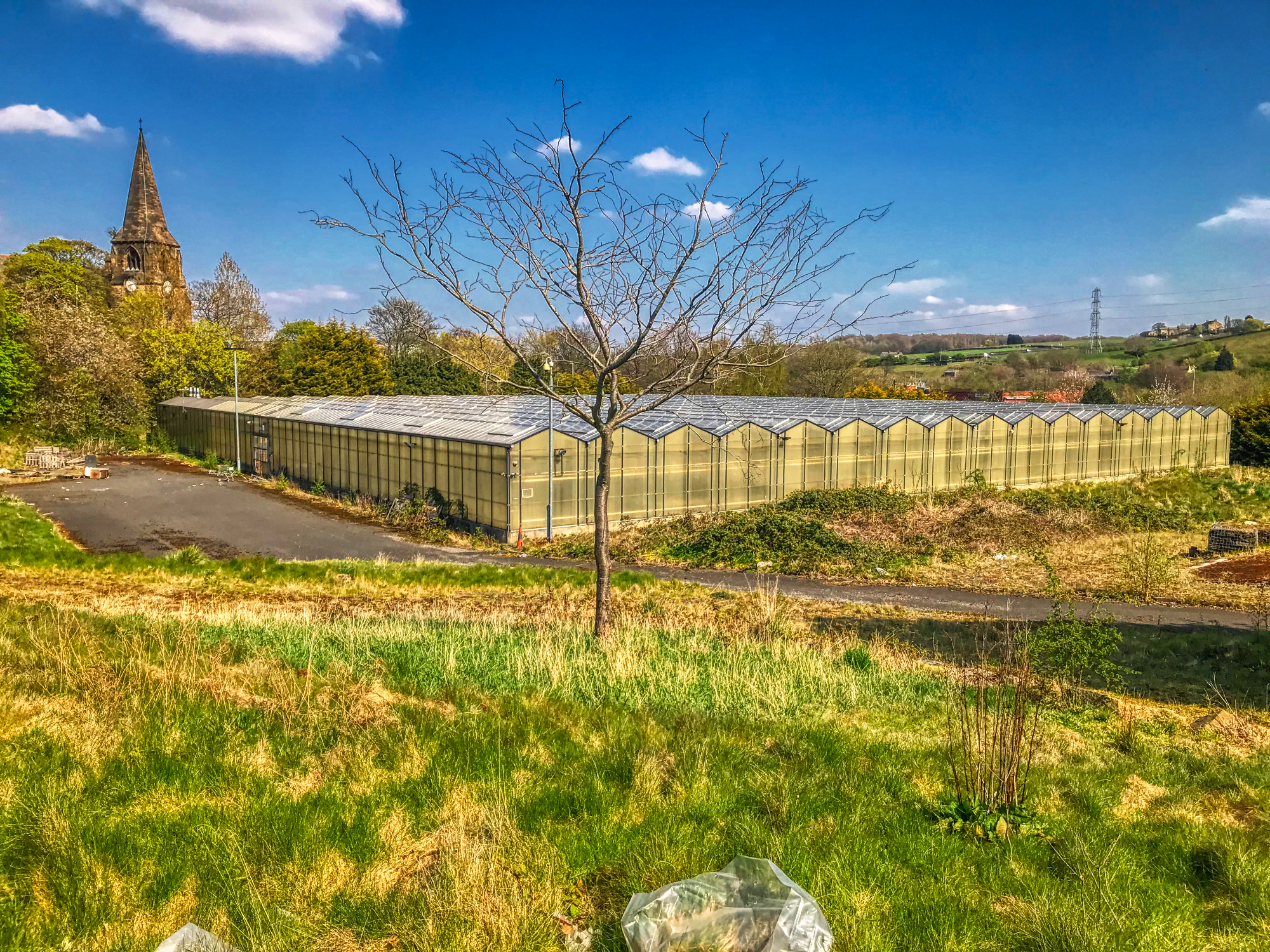 Different but not too exciting compared to our last ones. We were halfway through the day, and this one was probably the dullest yet.

Your photography is exquisite, did you use a drone? What type of handheld camera did you also use. Love the way you captured the environment and surroundings.

I don't use a drone, they are way too noisy and would attract the nosey 'Karen' crew. I also don't use a camera, unless you can count an iPhone 7 as one. It's amazing what filtering can do to otherwise drab pictures.

I can imagine the heat in there. I don't believe for a minute or was cheaper to buy from commercial bods although the fact they let it go to ruin is odd

I don't go overboard on the history as short of re-writing it, it's fact and can't be changed.., but that could be deemed as spun here.. you know how it is. This is another section I omitted. You are right..., and they wrecked a local business by scrimping... motherfuckers!

The decision was said to be saving the council almost £170,000 a year. However, it was later discovered that the Kirklees had outsourced much of its plant growing to another local authority: Darlington Council.

These are direct quotes tho so are absolutely fine. But aye, Iknow how it is here! lol.

you need to do that garden centre I sent you, more to life than poly tunnels 😅

you need to do that garden centre I sent you

It's on the upcoming list, need to get a date set for the next trip south!

Those plants look like they could use some love.

I feel the time for resurrection might have passed!

Nothing a little sprinkle of holy water can't fix!

I wonder whether you need any permission to enter this site. It looks like untouched abondaned place.

It's far from untouched, look at all the broken glass. We do NOT have permission to enter the site, it's trespassing.

The local Council can close down a private business just because it was "cheaper to buy plants from commercial firms?" Really, I must very naive that this decision can be made and at the same time feel very sorry for the owners of the Bradley Nurseries. Thanks for the tour @slobberchops, what a mess it is now, the owners must have gone bust.

Yes it happens. Whoever is the cheapest wins.

Hmmmm, makes me glad I was never in business.

Wow! That was a pretty nice place at one time. I am in awe that they didn't take those plants with them. I mean, let them die like that? Seems so wrong.

That would be one of the lesser places you have visited and I still can't believe how much people vandalize things.

It's been left for years and is very accessible. The local kids would have done the damage. They are little shits over here.