One thing I notice when playing a match with limited mana and I mean 12 or 13 is how many players don't attempt to fill their ranks.

You have six slots so why not take advantage of them all? Filling your ranks is a great way to win a match if you have the capabilities, so don’t overlook low mana monsters even if they appear to be weak. When I say 'Mini-Tanks' I mean the monster on the front line that is cheap to cast in terms of mana.

I can’t count the number of times I have used ‘Skeletal Warrior’ and in the face of adversity won the match.

As it stands there are only THREE splinters who have these so-called mini-tanks, my definition being only TWO mana to cast.

NOTE: that I used Skeletal Warrior at Level 6 and Frost Lion and Ant Miners at Level 8 as my Summoners are all Level 6. They scale accordingly both up and down the levels.

All these cards have 'shield' which I feel is important for a tank. These guys are the front are there for just a couple of turns while your mid-range monsters take your opponent apart.

That is the idea and I have found a horde works well against your opponent’s bigger tank and few auxiliary monsters.

...'while my summoners can command a Level 5 Shadowy Presence, I use a Level 3 as that is when it becomes pertinant'...

In the case of the Death splinter, it is advisable to partner 'Skeletal Warrior' with the excellent 'Shadowy Presence' and his Strength buff.

Never underestimate the power of global buffs. He's adding 6 health to your team combined for just a single mana. In these low mana games, this card is a must-play.

I would say Protect is a superior buff but that type doesn’t fit with the Death splinter theme, and likely never will.

With Water, we have 'Frost Lion' which at first glance looks underpowered. When compared with Skeletal Warrior you can see the similarities. To complement the Lion I would use either Crustacean King or if ranged monsters are not allowed due to the ruleset, Mermaid Healer as an alternative.

Both are 3 mana that fit well with your limited capacity, and both offer global buffs as well as healing. I would always use Crustacean King as a preference.

For the Fire splinter, Ant Miners appears woefully weak. As an alternative, Cerebus at four mana could be used but that may compromise your ability to fill the ranks and lacks Shield. Lord of Fire is an expensive card but on acquiring a Level 3 almost 2 years ago I can vividly recall the difference.

At the time Fire was quite a weak splinter and then I started winning matches.

Similar to the other support cards, Lord costs just 3 mana, provides a global buff, a global debuff, and a single debuff.

It was the Strengthen that made me cough out quite a lot of what was then STEEM, to get my Level 3 Lord.

Like the Death splinter, Fire does not lend itself well to global buffs with no Protects and only one other card having Strengthen.

As for the other splinters.. that is Life, Earth, and Dragon, none of them contain a Mini-Tank that fits my criteria.

All the splinters contain tanks that have Shield but are FIVE mana. That is too much for me.

In most cases, if you are given a match that is 12 mana and you have a full deck, I would recommend you try these tactics. Always have at least one large damage dealer in this small mana game. For Fire, the obvious contender is Serpentine Spy. If you want Spy to live, look for a global Speed buff amongst your monsters or use Creeping Ooze to slow your opponent down.

If your Spy hits first, he's likely to take out your opponent's hit-man. This is crucial in winning your match. If necessary Furious Chicken or Creeping Ooze can fill that last spot. Remember the latter contains a very useful global debuff I mentioned above.

..and lastly, always rate global buffs over global debuffs as you have the control and are not reliant on your opponent's choices.

How I wish I can learn how to play the game.Even I'm finding the registration difficult to register.

If your commenting here then you have done the hard part. Get Keychain and then an account at splinterlands.com.

I will have to get me one of those Shadowy dudes. I seem to have completely missed seeing them before and the only splinter I play with when I play is Death. Its the old metaller in me :OD

Shadowy dudes are not so cheap now. I use him a lot, even in larger mana matches.

I picked one up. Will see how it fits in stacking some more gradually. Might go back to playing. Was renting for a while but it's not so lucrative now

you've been upvoted by homesteadhacker
Your post has been manually curated by @monster-curator Team!

Nice tips you shared here @slobberchops, "minitanks" are really understimated and I don't usually take them into account but I think I will try your strategy in my coming matches since I love changing strategies so opponents don't get too used.

Btw, I love the chicken an Ooze cards!

They have done me well and I probably should not share these tips.. else may be used against me!

Hahaha yeah indeed, that's why I won't reblog your great post to prevent others from getting the info (kidding)....

Cocatrice has Done Me Well in Low MANA Matches @slobberchops

Yes.., that's another I have seen in action and used against me. The dodge and flying help it survive longer than most. Yes, Can be so FRUSTRATING Sometimes @slobberchops

I kind of fell in love with that werewolf in the life splinter a long time ago as my tank for those low mana battles with thorns he is a pretty decent front liner. I just wish his attack was a little higher than 1.

Ah yes, I use him on the rear flank as he causes lots of trouble for the sneakers. He hits for 2 at Lvl6 which is what my copy is.

I think mine must only go up to level 5. I could be wrong though.

Dang, nice to see this post is getting the recognition it deserves.

The chicken comes in hand to take a punch and the ooze is good somewhere in the middle to protect it while slowing the enemy down. Two of the best cards right now of lower level I feel. Awesome starts! Going to try some of these and rank up higher this season. Good luck in your battles!!

If he gets blasted but survives (maybe because of protect) in a melee monsters attack from anywhere position.... that's not too shabby!

Frost Lion is an awesome card.

Haha, I have seen some buffed ones.. but not at 5 damage. They tend to not stick around for very long.

I use KELP INITIATE in Bronze. He can take a few hits with chicken in front.

The reasoning to level up Mr Chicken, I guess is sense of responsibility. It would make you get crazy when full deck is max lv. 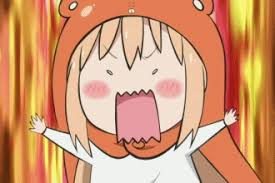 Thanks for the tips.