Fails of the Urban Explorer: A Quartet of Failures VI

It's been almost 3 months since I posted a 'Fails' article. These are locations where I failed to get access to the properties despite my best efforts. As with the 'Tales', some of them come with a story and this is what I tend to focus upon. I may re-visit some of these later if I gain more information they are accessible.

Sheffield was one of the last visits @dizzydiscovery and I made before winter and the lockdown put an end to our bi-weekly expeditions. We had a lot of success in the city of steel besides Canon Brewery which I was told (by another explorer), had been recently sealed just before we visited. ...'herras fencing is usually not an issue, unless there are lots of spectators witnessing what you are doing, which was the case at Canon Brewery'...

I love the fact there is some overlap to Urbex with the LightPainters Community and that some of the guys in that community know about these locations. 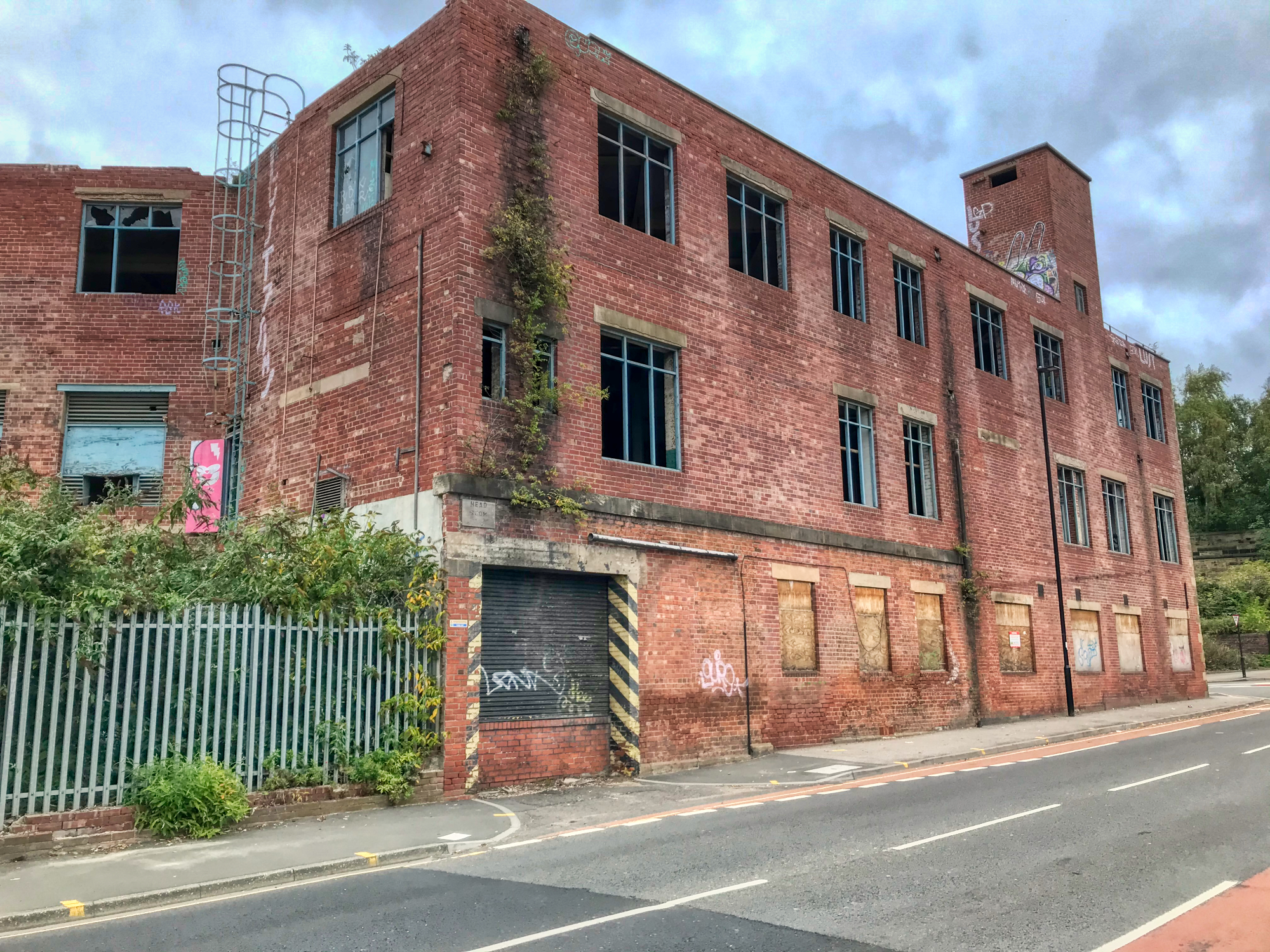 @fastchrisuk recently mentioned to me that the Brewery was only assessable if you are anorexic. I had a good look around Canon Brewery and found no weak points at all, even if you are a skinny bastard. There appears to be no way in at the moment.

During the same day as our Sheffield expedition, we needed to transverse the Snake Pass over the Peak District. At the foot is a town named Glossop and I had earmarked an old looking pub to check on the way. The google maps view looked like it was a case of jump through a window and you're in. 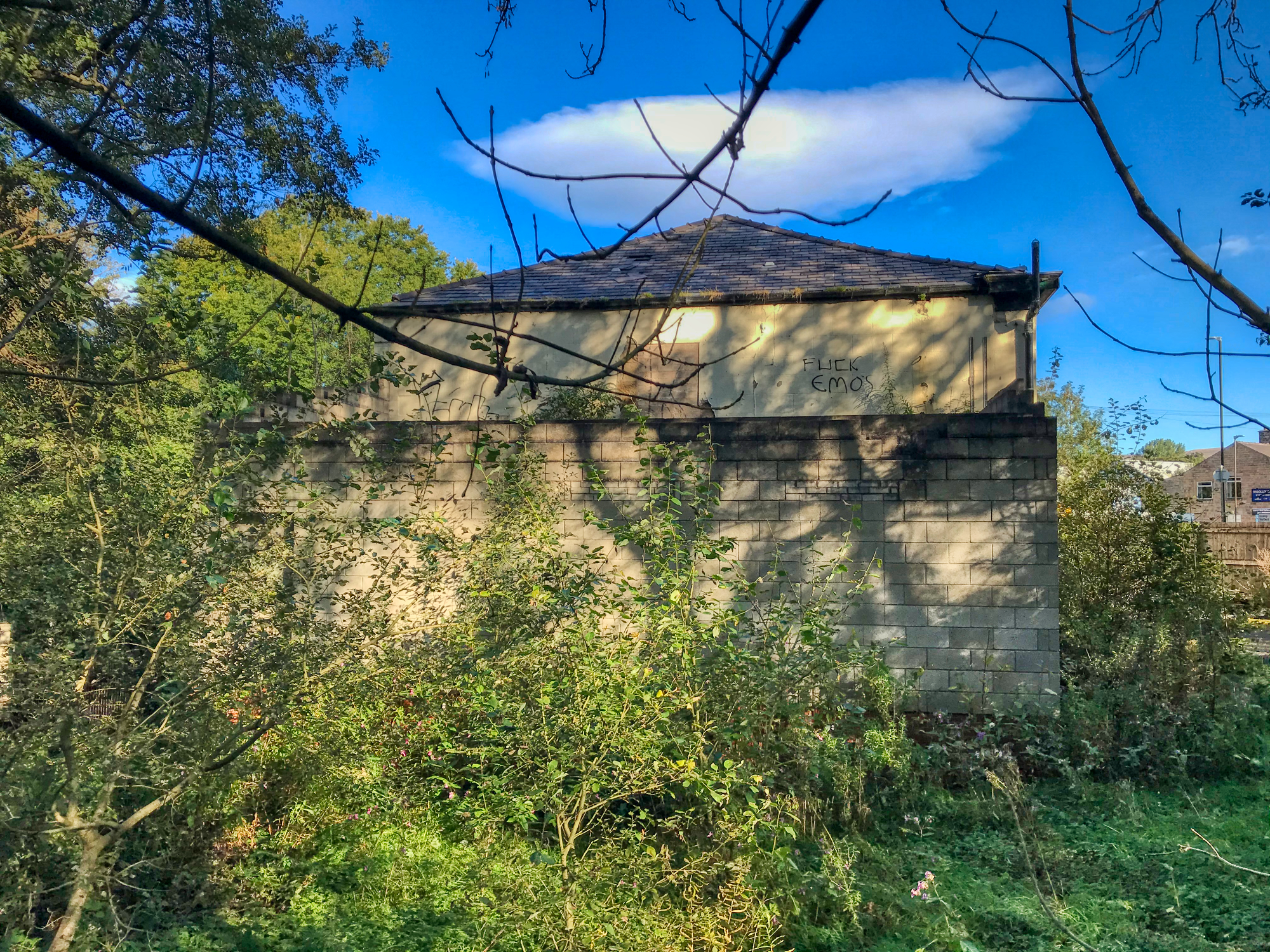 Someone had piled some concrete bricks against the said window so unless you want to wade through the river at the rear, this one was another no-go. Here are some wise words, but words generally ignored by the likes of me.

This one was highly annoying. After finding Tetrosyl and having information that it was empty since 2019 and shortly to be demolished, we didn't want to arse around and scheduled a visit before it was gone forever. I had managed to pull my calf running the day before so was limping and hoping for a short walk. The walk ended up being huge and the target like a fucking fortress.

Why was it full of goods, locked doors, intact windows, and security? After 45 minutes of farting about, my leg getting sorer, and frustration setting in, we left disappointed. Tetrosyl looked nothing like the posts I had seen, which was an industrial mess and a wasteland in some areas. After returning home, I discovered we had visited the 'new' Tetrosyl location; a working business. Was it any wonder we were getting strange looks from the active security? We did visit the 'old' abandoned Tetrosyl site a few weeks later and were successful. That is another tale and will be told in time.

This is named so for the large 'sticker' plastered to the side of this large detached property. Whether Hebrews are living there is highly debatable. Reports were that the squatters living inside were a little tetchy about visitors and could attack visitors with knives. Did this deter us; not a chance! If you want excitement then don't stray away from it. They do like their razor wire and spiky materials here, which are completely ineffective as you can walk in through the front gate.

As for getting inside, some new concrete blocks have been added to the old entrance point, so unless you are extremely skinny then you can forget about getting in there. While @dizzydiscovery checked the entrance, a large piece of rotting wood fell away cracking him hard on the back and whacking my hand. I didn't move quick enough to avoid it. There was a little blood, but it stung more than anything. He seems to have a tough rugged back, as after some initial swearing I heard little else.

Such are the risks you get when inspecting dodgy rotting window frames.

Cool post, in a wierd way, I'm glad it's not just me who falls arse over tit getting in these places haha!

Aw.., you should give it a go, it's great fun and keeps you young!

I had another "a over t" episode on Saturday, sliding down a hill on my rotundity lol

That first place looks like there were a ton of people about, so it probably would have been hard to sneak in anyway. Also that metal building at the Tetrosyl place looks like it is still new and in very good condition. I hope they don't demolish that.

The Tetrosyl building here is the new replacement building. The old one (which was my target), is nothing like this, a wreck and was a very tense visit 2 weeks later.

I bet that Hebrew house would have been good!
Razor wire is seriously evil, bastards
(Ps Arabs ain’t Hebrews lol)

I didn't know what to expect at The Hebrew House, being injured was not on the agenda though. Fucking woodwork... it hurt!

My ignorance of that part of the world.

The pains of the urban explorer!

@wwwiebe
over 1 year ago

At least you were able to get some pretty good shots from the outside! A shame you couldn't get in to any of them though. Bummer.

@zelensky
over 1 year ago

Aeneas is a blockchain project under development and a decentralized blogging platform based on Hive spesialized on the #social #politics #economics #indiejournalizm and all the #cryptocurrency related threads
Join Aeneas.Blog to earn more ASH for your unique content!
Dear, @wwwiebe, you have received ASH tokens!
Join our Discord Server for further updates!

I get in plenty more.., this is to remind me to look again the the future.

At least you can still get a post out of the failures, so it's not a totally wasted journey. Do need to make sure you go to the right one though ;)

Definitely not the weather for that sort of thing now. Rest up by the fire.

That Tetrosyl was a real bummer. To get to the new one, there's a nice jungle path for around half a mile followed by meadows, and lots of sharp fences to impale yourself upon.

The dude, who gave me the lead went to the old one after me, and bailed stating, 'he had a bad feeling about the place'. It's great to be numb from the spirit world.

@revisesociology
over 1 year ago

You went to the new factory, and limped around it for an hour,

That doesn't sound like such a good day out especially!

But entertaining enough for sure!

LOL, my dodgy leg and running.., or lack of it these days. I daren't run, as it will flare up again. It was not going to be a cause for cancelling a fine day of exploring though. The true old one was a massive place and worth the visit.

Hello, I think it's an excellent adventure full of excitement and risk. I hope you can go back to the places you couldn't get into and show them off. Be careful!

Some of them I may try again, but only if I am in the area. There's generally a 40-50% failure rate in all attempts.

I understand, good luck next time.

Hey @slobberchops, here is a little bit of BEER from @revisesociology for you. Enjoy it!