For sure Liverpool need young striker as Firmino, Sadio Mane, Mohammed Salah are getting old. They need back up for them. According to Express, Liverpool management are ready to make a bid for Ismaila Sarr, Watford’s striker. But you know, I am not sure Liverpool management would spend that huge money for Sarr though Sarr is one of Watford young star, he is just 23 years old with that huge talent. However, he hasn’t prove himself to play in Premier League. the most competitive league in the world. 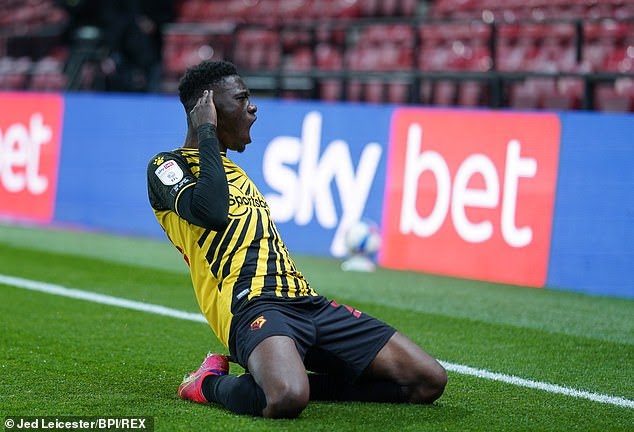 He has scored 13 goals and 10 assists in the league of last season. The 34-capped Senegal international possesses blistering pace. Jurgen Klopp seems to have him as player to replace one of his strikers in the future. But again, I am sure Liverpool will finally make a contract with him. We will see then, but I am not sure. Liverpool maybe will make a contract for another big name, like Herling Haaland or other one, but not Sarr with £40 million.

Liverpool are in the market for another look a like mane I won't be surprised if they are able to land him and 40£million is considering on a high side for 13goals guy is not something to look at because the english premier league is different, if he is scoring 13 the in the premier league he just be on a single digit

For now we don't know his capability until he move to Liverpool because premier league is not like other league,he need enough of experience to play the game.

Whether or not it will be a good signing only time will tell, but I think so, but you must remember that there are players who stand out in one team and in another they just go unnoticed, this is due a lot to the tactical factor of each team, you have to to know if the technical nature of the player fits well into the team's tactics...

This is a fantastic player that everyone will like to have in their team. Sarr really shows his quality to the world in the euro2020 that was just concluded.

I believe if he is being handle by a coach like klopp he will play very well.

Buying this player can be easy for Liverpool because Watford still have Nigerian international striker Denis. I am sure if liverpool bid for the player they may end up getting him at a cheaper fee.