What happened to Appics, is it a complete rip-off?

That was there philosophy when they started as a dApp on Steem. It was kind of fun to put nice shots on the app, as I like photography, and good pictures really got rewarded nicely. At least, for me, they did. But then Appics moved to the Telos blockchain, and for ages they have been promising that their app for iOS is almost ready. Before that it was possible to use a Bèta testing app via Testflight on your Iphone or Ipad. But even that isn't possible anymore. I still have a fair amount of APX tokens, but I can't access them, as there is no way for me to get access to the app...

But the weirdest part is, they and their very "handsome" team keep on promoting it as they have rediscovered hot water. They are even talking about NFT's on their chain for your photographs. But, if nobody can post or access the blockchain or the app, what the hell is the point of all this marketing. Just to sell their items from their store? Yep, there are t-shirts, sweaters, caps,... all with the Appics logo. 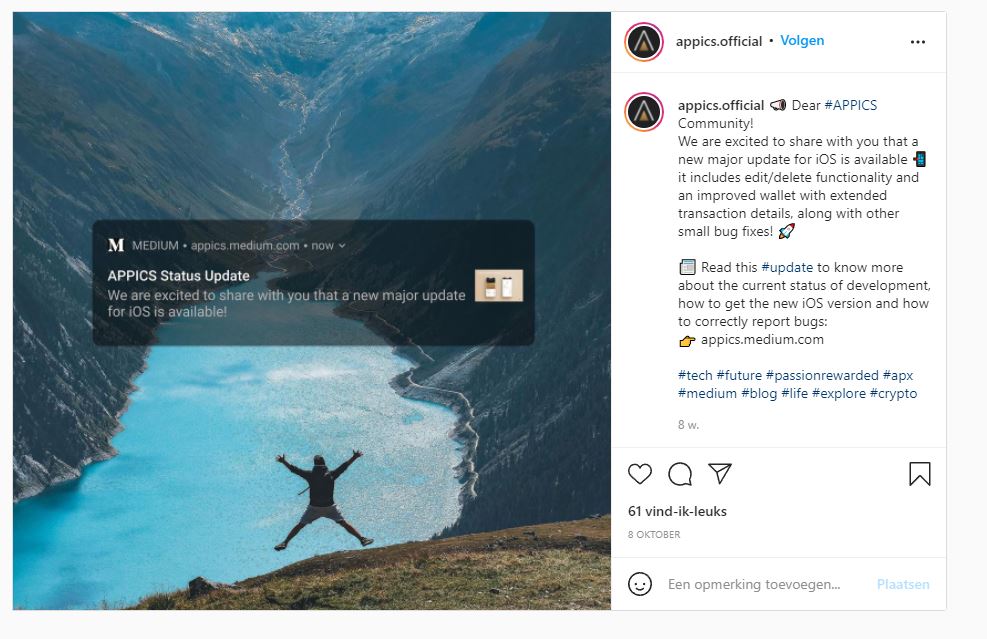 I am smelling a big scam here, I may be wrong, but I think loads of people are getting lured in to buy their precious APX-token, but are in no way possible to use them... That's a scam to me!

Hmmn I don’t know exactly what’s going on there but I’m not cool with having tokens you can’t use and the fact that it’s been sold to people like that doesn’t sound right.

This was an old project and I never saw any improvement. I think I used the app like 3 or 4 years ago but not really sure.

Felt that it is not worth it, thus when I noticed that there's a decline of people using the app and being promoted by people that I know of I swayed away from this app and uninstalled it.

Did I earn some tokens? Yes but I wasn't able to withdraw them and now I don't have any access to the old account anymore.

Same here, I managed to get onto the app, but my account is gone… bullshit

I was surprised they did not switch to Hive. Instead they receive a big delegation from maybe steemit to promote Appics.
Lately I don’t know jack about them.
They looked good when it was accessible via iOS.
Again this is a project that had a nice token sale and disappeared somehow.

R.I.P.
Maybe project blank will do a better job.

Huge scam mate. I found their discord and gave them he'll about ripping off people's tokens from Steem engine. They are on telos now with a limited release. They still tweet a lot to which I sometimes call them out but with no reply.
Total scammers and scumballs.

And didn't they start on another blockchain/site before moving to Steem? I can remember the drama around them. Many were getting downvoted for posting pictures with few words while Appics posts were getting upvotes. !BEER / !PIZZA.

Yep, they moved to Telos blockchain, heaven knows why…