Kyllian Mbappé for 45 Ethereum, anyone in?

I have talked about it a lot lately, but every single day, the game of Sorare keeps on surprising me. Yesterday night, I received a notification that a rare card (only 10 of them will ever exist) of him was on sale. So, I decided to check out the auction. And, Wow, it is blowing my mind away, we are not talking about a "unique" card here, there are 9 more of this one, and right now, 45 minutes before the end of the auction, the highest bid is just shy of 45 Ethereum, which is a whopping 54000 EUR or 55000 USD. Pretty insane isn't it? I think so too! 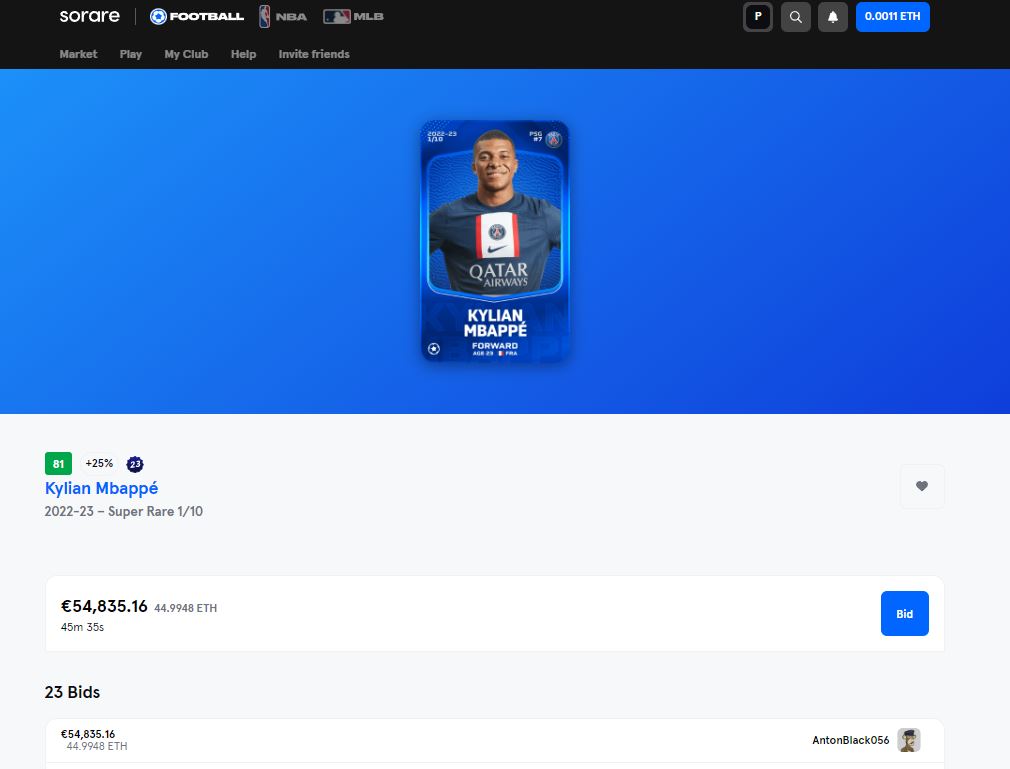 Sorare is making millions out of thin air

This auction is not the only auction that is going today, every single minute new cards are minted, and auctioned. This at a rate, so that by the end of the season, all cards will be minted. But that means, that Sorare rakes in pretty nice amounts of money every single minute. Hundreds of thousands of dollars, every single day.
I would say, they have a pretty decent business plan. Of course some money gets returned in rewards, but that is just a fraction of it.

And I predict, the game to explode even more next year, as Lionel Messi, is now the official face of Sorare for the football part. I don't know who is promoting it for the NBA and MLB, but this place is going to explode in the next few months.

The best part for me, you can enter without even investing a penny. The chances of rewards are slim, but at least you are having fun while watching sports!

Now, excuse me, I am going to overbid the last bid on Kyllian Mbappé, 50 Ethereum should do it! ;-)

You love Sports and you love Play2Earn? Use my Sorare referral link, and get a "limited" card for free!

Dammm those prices are getting insane high!! i told you they were going to get valuated with this world coup coming...