Pumping up those curation rewards

It has been a while since I last posted about my growth on Hive. The last time I reported was about two months ago. And since then I have had a very steady growth.
In the last month my account grew with 295 HP. Of that 145 HP is from curation rewards. And that is for the most important number. Curation rewards are fee money in my opinion. You vote and get money for that, not much effort is needed to get those 145 HP, which is at the current price of Hive, 52.64 USD. That doesn't sound much, but imagine Hive going back to 1 dollar or above... Then we are talking about 160 USD per month, just like that. That is the reason why I am focussing so much on my curation rewards. The bigger they get, the more content I am. 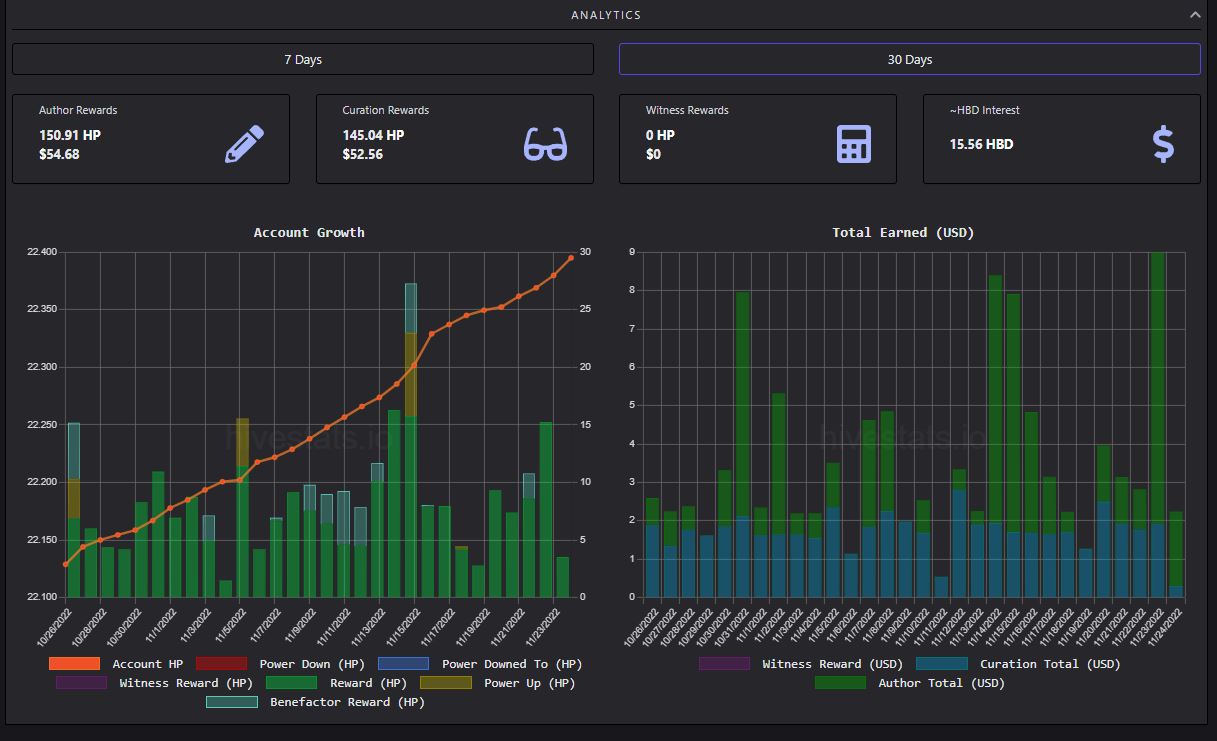 The last time I posted, I had about 200 HP in posting rewards. Those have dropped a bit, but there is no real reason for that. I have kept posting, but I had less upvotes of the @leofinance account. Which is something I can't do much about. Sometimes they like my post, sometimes they don't. I love it when they give me a 10 dollar upvote, but I am not counting on it. I just keep on posting. And keep on writing about the things that interest me. Which are money, economy, crypto, and sports!

Since the last time I posted about my stats, my LEO power has grown substantially with almost 500 LP. And that without buying any LEO. My POB stake has grown pretty well too. Those are the two Hive Engine tokens that interest me the most, as they have value, and have great potential for the future. I expect LEO to be worth a lot more than 1 USD some day. So, every LEO I can add to my stack is welcome!

Have a great day,

Consistency is the key and you are doing well.

I know, we go for it every single day! Thanks for the support

I didn't know about this HiveStats tool before I read this post. Great to learn something new everyday here on Hive.

Fantastic. Its great to have a good plan like you do. An inspiration for me too.

Progress is progress and it's hard to tell when you will get those upvotes. I am also just stacking and it's the perfect time to build during the bear market.