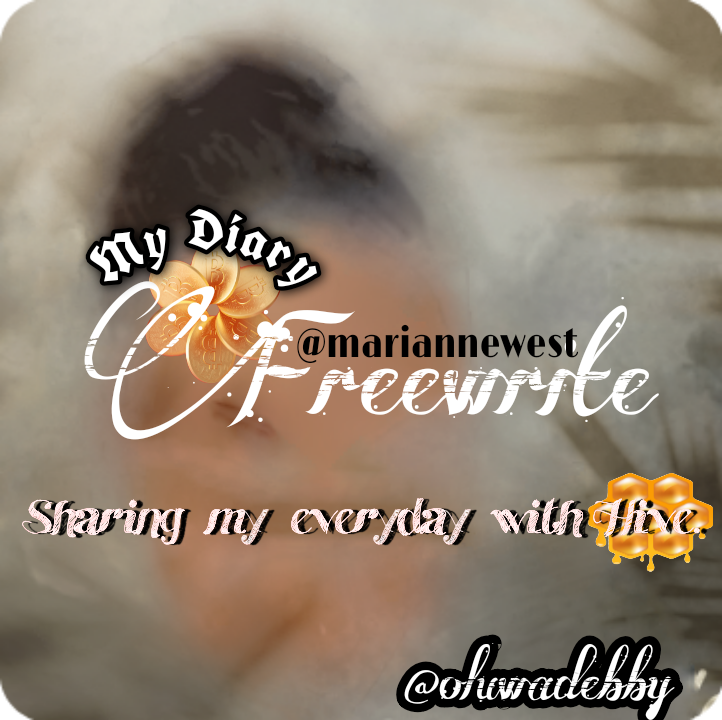 Tonia was living her life to the fullest even though she was in the midst of unfamiliar people she created her own niche and with time people were attracted to her lifestyle. Since she starts to live in new area she does cook whatever she likes to eat without reservation because she is not use to buying cooked food outside unlike the norm in the community which is to buy cooked food. Most times her neighbor ask her how she does it cooking limitlessly. She is actually not use to the lifestyle and she sees it as a total waste of money and no matter the quantity of food she bought she can never be satisfied so what then is the need for it.

She continued to live her life and with time she got friends who comes around to keep her company anytime she is at home. The relationship between her and our friends grew strong and they began to eat together and some times go out together. She is actually from a tribe different from theirs so they have many differences but the good part of it was that they are all open to new things and new ideas. They rub minds together, share different views on different things and try out different food and their preparation base on their tribe.For Tonia, she doesn't have time for stupid talks and gossip she is always inside her room most times and comes out whenever her friends comes around but she does like money talks ,things she can do legitimately to get more money.

Whenever she cooks her friends lives her food and always want to eat her food. They noticed that she uses less food seasonings unlike them but use some natural stuff which always give the soup or stew different aroma and it's unique sweetness. One day one of them ask her what the stuff was and she told her but unfortunately they cant find it in that town. Unless Tonia goes to her home town she can't get it because the one she is using was waybilled to her. She gave them out of her own for them to try it out and ever since that happened they have been disturbing her for more. When Tonia travelled home she decided to buy plenty so as to give them but one peculiar thing about the stuff is that it has an horrific smell when it's not dry but was the smell reduced when it's dry but not everybody liked it dry and it more tasty when it is not dry but if a person can't cope withe the smell they dry it. When she brought it and gave it to them they were disgusted about the smell and decided to dry it. After drying it they began to enjoy the wonder of the stuff called "locust beans" .
An entry into @mariannewest everyday freewrite