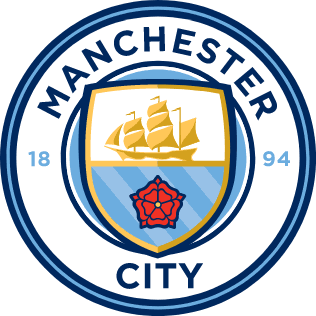 Aston Villa hosted Manchester City on the night with the hope of denting their title aspirations. A win for Villa would cut the lead City have over United to 5 points and a draw would make it 6 points. City knew what was at stake and won even when th odds were stacked against them. If City can win 8 more points from the remaining 5 games, they would be crowned champions.

Aston Villa didn't waste too much time when a free kick was quickly taken and Ollie Watkins ran with the ball and found McGuinn inside the box in 21 seconds. His effort found the back of the net with Ederson helpless to do anything about it. What a start for Villa.

Never to be down for too long, City turned up the heat and Mahrez found Bernardo Silva inside the box. His low effort into the box found Foden who wasted no time in burying the ball into the back of the net to draw his side level, 1-1, in the 22nd minute. Foden has been in sensational form and seeing how he won it for City against Dortmund in the UEFA Champions League, you can expect him to be handful for Villa defence on the night. He has never been on the losing side when he scores for City.

City took full advantage and took the lead for the first time in the game when Rodri headed a brilliant delivery into the box into the net to make it 2-1. Bernardo Silva again produced a lovely cross into the box that was met by a flick from Rodri. The ball found its way into the back of the net after rising higher to meet the ball.

Stones almost complicated matters for City when he received his marching orders in the 44th minute with a high boot challenge on Ramsey. The referee initially gave a free kick and a yellow card but after VAR's intervention, the yellow card was cancelled and he was shown a straight red. He would have to miss the cup final with Tottenham in a few days time.

The half time came and City are ahead even though they are one man short though with this scoreline, they are just one more step away from the title. It's a healthy position to be in.

Aston Villa still struggled with 10 men City despite having the numerical advantage. They hardly threatened even after the second half started.

The game was completely thrown out of Villa's hand by a piece of unnecessary challenge by Cash. Cash produced his own moment of madness when an unnecessary lunge into Foden in the 57th minute handed him his second yellow card before receiving his marching orders as well. It's now 10 men against 10 men which perfectly suits City and Villa's advantage has been taken from them.

City took control of the game as expected and the game ended 2-1 in favour of City to restore their 11 points cushion even though they have played a game more.