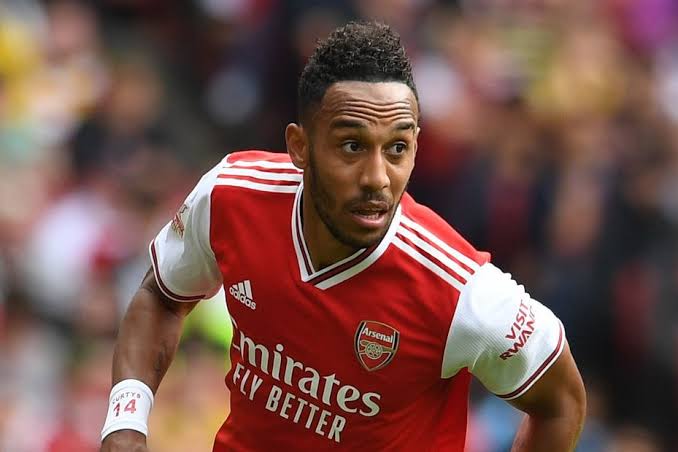 Newcastle United hosted Arsenal in the afternoon and going into the game, Newcastle United went in fine form after winning four games on the trot. Arsenal had one eye on their second leg Europa League tie with Villareal and Aubameyang led the lines for Arsenal.

It didn't take too long for Arsenal to take the lead. They took the lead in the 6th minute through Elneny. He pounced on a ball that came to him at the edge of the box. He drilled home his volley shot to give his side the lead. It was a brilliant run from Bellerin and David Luiz picked him out from the back. His cross was directed to Auba but he was unable to reach it. The ball graciously fell to Elneny and he did the rest.

In the 9th minute, Saint-Maximin went on a mazy run to release Ritchie, whose ball in was gathered easily by the goalkeeper. In the 13th minute, Auba received a lovely ball him too but he couldn't get his angle right and he fired wide. Fair to him, the angle was really tight.

Xhaka produced a brilliant effort that took the strength of the goalkeeper to push out for a corner kick in the 28th minute. He was trying to pick the top right-hand corner of the post but the goalkeeper reacted quickly. The resulting corner kick found Elneny and Almiron denied him from getting his second goal of the day with a headed clearance from the line. Arsenal bombarded Newcastle United at this stage with 10 shots as against 2 for Newcastle and Newcastle United resorted to playing on the counter-attack.

Wilson denied Arsenal another goal at the goalmouth when David Luiz flicked over his header from a corner kick delivery. Wilson cleared it out with Aubameyang already lurking at the side of the post.

The first half ended and Arsenal went into the break with Elneny's first Premier League goal and Arsenal totally dominated Newcastle United.

Arsenal got their second goal in the 66th minute when Martinelli produced a lovely ball into the box. Aubameyang met with the ball and poked it home on the volley to stretch their lead.

Newcastle United hoped to get one back in the 80th minute but it wasn't meant to be. Joelington laid a pass for Jonjo Shelvy but his shot was blocked off and trickled into the path of Wilson. He was unable to get to it and it was cleared.

Newcastle United lost a man to a red card in the 90th minute when Schar fouled Martinelli and he was shown the way out. Not much would have changed with him on the pitch anyway since the match was almost over. It was a lovely win for Arsenal heading into their second leg against Villareal on Thursday for their Europa League encounter.