Why Heaven Can't be a Paradise

@nevies
9 months ago
Proof of Brain 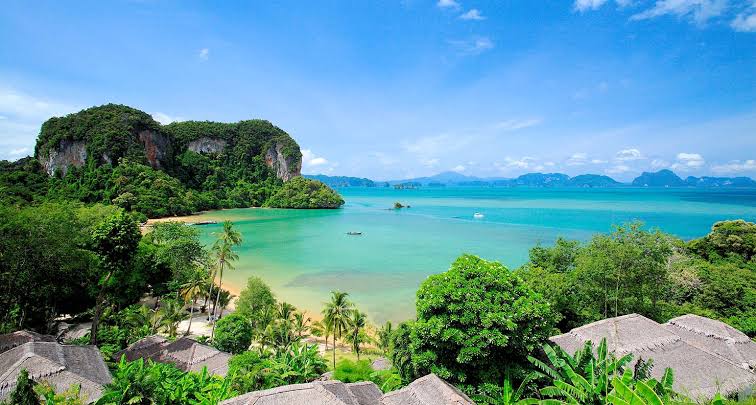 So, we've all heard of heaven for sure, some beautiful luxury resort in the sky, or hold up, in the sky? Well, people of old used to be sure it was in the sky but since planes, rockets, satellites, Bitcoin, etc went up there and didn't find anything so we've all now resolved to take it to be a spiritual place, in the spirit realm and you have to be dead to see it or your eyes need to be opened by God and stuff like that.

So, heaven is believed to be a perfect place, religious texts like The Bible and the Quran have described this paradise in a lot of verses.

“Therefore they are before the throne of God, and serve Him day and night in His temple. And He who sits on the throne will dwell among them. They shall neither hunger anymore nor thirst anymore; the sun shall not strike them, nor any heat; for the Lamb who is in the midst of the throne will shepherd them and lead them to living fountains of waters. And God will wipe away every tear from their eyes” (Revelation 7:15-17).

“The twelve gates were twelve pearls: each individual gate was of one pearl. And the street of the city was pure gold, like transparent glass” (Revelation 21:21).

They (those who go to heaven) shall recline on jewelled couches face to face, and there shall wait on them immortal youths with bowls and ewers and a cup of purest wine (that will neither pain their heads nor take away their reason); with fruits of their own choice and flesh of fowls that they relish. And theirs shall be the dark-eyed maidens, chaste as hidden pearls: a guerdon for their deeds... We created the maidens and made them virgins, loving companions for those on the right hand (Quran Surah 56 vs 12-39)

Hey, take a second to peep that there are even female virgins for faithful brothers in the Quran's heaven 😉. Mouth watering, isn't it? You can read more about it in this previous post of mine

Now there was probably no need for me to get you words straight from the holy texts because we all know what heaven is supposed to be like as we've been hearing it all our lives, but I'm sorry, all that research writing I did in school has eaten deep inside me😢

From all these holy texts and stuff we all now know that heaven is supposed to be a perfect paradise, but I'm here to tell you it can't be. Why the fuck would I say so?

Why Heaven Can't be a Paradise

Because it is clearly a very dangerous place! It is a crisis area, there is civil unrest there, it is like The Middle East during thick wars. Why do I say this? Look what the Bible said about there being a war in heaven one time:

You know how bad things had to be for a rebellion against an all powerful God to be called a war? Remember this God also sees the future 😲 and is all wise. Imagine waging hostilities against such a being to the extent it was called a war! That shows you it must have been such a deadly and huge affair. Imagine living in such a place at a time like that, can it be a paradise by any stretch? With all the fighting going on, noise, probably earth quakes and vibrations. You can't focus on drinking your milk and honey or drilling your virgins now, can you?

Look at how chaotic depictions of this war is: 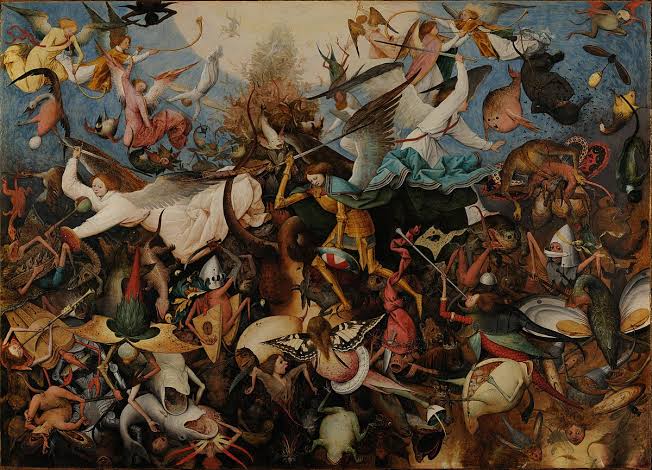 And the fact that the efforts of the party opposing God was large scale enough to be called a war shows you there was atleast a chance that they can win God? Imagine doggystyling your virgins with the knowledge at the back of your mind that the opposing party can breach the gates any moment, take over heaven and probably change the virgin to man ratio or affect the milk and honey ration somehow. The horror!

You might have trust in God to handle the situation, but every time a shell drops you'll find your self doubting just a bit, wouldn't you? Also, the fact that the foe's effort is up to warring standards against such a powerful God leaves you with the knowledge that this foe stands atleast a chance.

You might say 'The war was just one time', 'the Bible only recorded one war and it is over now'. But remember a new Bible hasn't been written for thousands of years, we've not read the headlines from heaven for thousands of years, how are you sure there haven't been multiple wars since then? How can you be sure there isn't a war going on right now? Maybe that's why God doesn't answer prayers sometimes ¯_(ツ)_/¯. 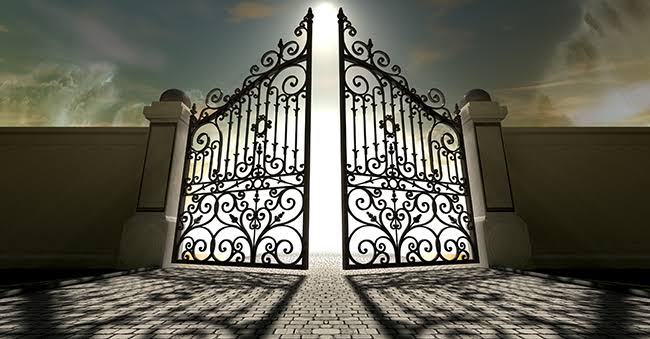 Remember heaven has gates and is surrounded by walls, why would an all powerful God with complete foresight need walls and gates to surround his dwelling place? Can anything/anyone get in without his knowing? And why does he have armed bodyguards called Angels with swords, Shields and amour standing guard around heaven? What is he not telling us? Is there a huge threat out there that he can't see coming days before it comes? And stop it days before it even starts advancing? What can God be so afraid of like this? Anything that makes God pay this much attention to security measures should freak you out and scare you to your bones!

So how can heaven be a paradise with all these?

Maybe for those who don't think a lot or don't think deeply they'd feel free and rest assured in heaven, like the quote by Thomas Gray said that

But for guys like myself and others who pride themselves on being deeper thinkers and guys like you reading this who would now probably have to think deeply about this if you've never thought about it before, how do we feel comfortable in heaven?

If I make it to heaven, I'm tiptoeing to God's abode and asking him:

ME: Lord, so when are you going to tell me?

GOD: Tell you what?

ME: You know, why the particular attention to security? Why the fence? And all these pearly gates? And why are these angels everywhere all armed and looking serious? I told one of them an ass and titty joke the other day and he didn't even smile. Anything y'all are not telling me?

GOD: (Becoming lost in thought, wondering how a motherfucker like me made it into heaven).

Oh he even plans on asking some questions in heaven 😅. Let's see how that goes. I hope you don't get thrown back to earth for being so inquisitive.

Lol. There's no such place as heaven, though, it's clearly all fiction. An all powerful future seeing God cannot have fence, gates and bodyguards everywhere. Its all myths and legends.

Myths and legends brought up by people. True

This whole life is a movie that only the creator understands and enjoys its twist. As God is all knowing, everything that happened is deliberate, and for the part of not being sure about wars in heaven, it's crazy to think of it though, because even though the Bible recorded that all powers were taken from the devil, any other angel could turn evil😂

Hahahaha 😅
Well, you can say whatever happens is deliberate or you can say there is no such place as heaven and all the books we call holy are just all ancient fables and an almighty all knowing future seeing God having wars in his paradise and gates, fences and bodyguards are just plot flaws.

Sorry to bust your bubbles. They ain't no creator, Man. It's just a fantasy kind of like a fairy tale movie.

Heaven is a paradise because is not like this wicked would,heaven is paradise,there is no sin in heaven is the place of enjoyment.

So what do you have to say about all the reasons I gave?

I am laughing my ass off in the office, and I think my colleagues are beginning to worry about me...

A lot of valid points in there but most importantly of all, it made me smile all the way through.

The world can't have enough critical thinkers ( and humor ) like you ( and I ) are adding! It's more needed than ever, to counter the serious scientists and all the drama we are being flooded by.

Holy!! Holy! Daaaayumm! Ain't that crazy as shit be?🙅🏿‍♀️ That be why i flushed it.😎