What if Superman Decided to be a Force for Evil Rather than Good? | Harry Houdini the Real Life Superman Who Chose Good Too 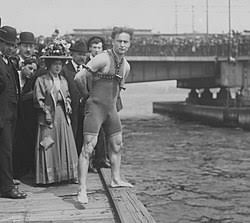 What if Superman had come to the world and instead of being a force for good chose to be a force for evil?

The world famous Halloween festival is going to be held in a few days and a lot of the contents from different media I've been consuming has led me to find out a lot about Harry Houdini, because it turns out he has a lot of connection to Halloween.

For example, he died on Halloween, the 31 of October 1926 and he had a lot of interest in necromancy which is the practice of contacting dead people. Throughout his life he searched for proof that this was possible but never found it. Before he died, though, he promised his wife that if it was possible he would try to contact her and for 10 years after he died she kept holding séances (ritual attempts to contact spirits) trying to contact him to no avail. Other people didn't stop after 10 years, though, they kept trying to contact Houdini and the most recent trial I found was just in 2016, 90 years after Houdini's death! He didn't show up, expectedly.

For those who may not know, Houdini (1874-1926) is a famous American escape artist, illusionist, stunt performer and mysteriarch, noted for his escape acts/shows

The world would have felt it in the bone marrow. There are many real life great heists that have been recorded, not just in movies, for example the 2003 over $100 million Antwerp Diamond Heist and just for a feel it is reported that Houdini once unlocked all the doors on the shops of a street just for fun. And even though one might contend that this story is not confirmed, looking at Houdini's skills would show you he could have done way more than that.

He was one of the world's highest paid entertainers in his time and was known around the world as 'The Handcuff King' as he could free himself from handcuffs, padlock, general locks and even special locks. He continuously baffled policemen around the world by breaking out of their shackles and jails. His ability to free himself from these locks was proven to be real and not an illusion/magic trick several times like in Scotland Yard and in Cologne, he sued a police officer, Werner Graff, who alleged that he made his escapes via bribery and won the case when he opened the judge's safe! 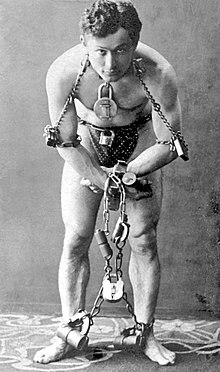 Now imagine such a guy giving such talents to the crime of burglary and heists. One can only imagine the amount of havoc he would have wreaked.

This really sounds like a mystical and legendary historic shit.

So fuck superman and whatever he would have chosen to be. 🤓🖕🏻

Heheheh, but you see the analogy, man? Houdini was quite a Superman himself who had made a good choice too like Superman.

Yeah, that analogy was quite spot on.