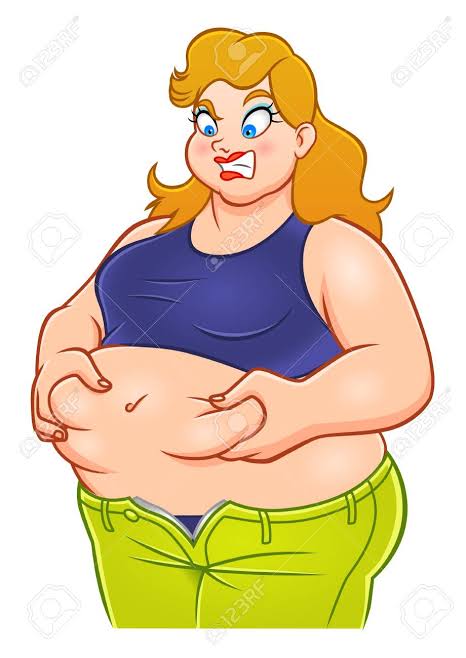 I talked about fatness here and about how I know that in many societies like America and probably Europe, etc the word 'fat' is considered derogatory and one of the words that shouldn't be used on people at all. Words like 'plussize', 'big', etc are being suggested and recommended in place of it. I also went further to state how this is not so in my country Nigeria, and how the word has no negative connotation at all here.

Now, upon proper examination, it has become clear that for the fight to end body-shaming and fat-shaming to clinch true victory we have to stop the rejection of the word 'fat'. Why?

The campaign against body shaming usually take the route of truth hiding and cover-ups, we'll say things like 'nobody is ugly' and 'you're beautiful just the way you are' to someone with serious bodily features that has injured their appearance, a seemingly innocent lie we tell to make people feel better, but a lie nonetheless. Which begins the wonder, is there no way to make people feel better without lies?

Then you hear people who mean well for fatter people and who profess that there is nothing wrong with se extra weight say things like 'don't say "fat", say "plussize", "big" or "chubby"'. If there's nothing wrong with weight and we think it is acceptable then why do we avoid a word that describes it? When this word is not a slang or slur but the official name for being weighty?

The word 'fat' is in nutrition, biology, and chemistry, and it is not a slang, it describes having a lot of the substance that is 'fats'. So since it is not a slang/slur why avoid it? Is it because it describes being 'plussize' too clearly and upon all our preaching about accepting bigger body sizes we still think there's something wrong with being fat?

If we really accept it and want it to be accepted then why have problems with an official word that merely identifies it? Why hide? One thing is certain, everytime we say.'don't say "fat"' we are asserting that we think there's something wrong with being fat and we need a euphemism to ease the truth so we're going for words like 'plussize', 'chubby', etc.

And the true nature of the world is that people like different things, one man's food is another man's poison, and we usually speak ill about the things we don't like as if others are supposed to be like us and not supposed to like them too, so clearly it must have been those who don't admire fat people that began this culture of fat-shaming.

That said, nothing is fundamentally wrong with being fat, and as we keep enlightening people about this we shouldn't shoot ourselves in the leg by turning around to tell people that they should say the word that describes this thing we say is acceptable in hushed tones or find euphemisms for it.