@nevies
8 months ago
Proof of Brain 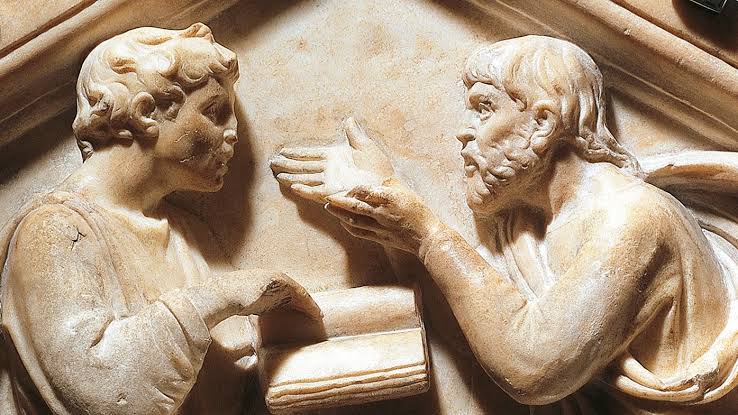 This guy has just returned for day from his daily lectures in school and he stormed the house rather violently and has been searching the house with an air of rage. His good friend who lives in the area comes in.

FRIEND: Yo, man, I saw you when you got in, you looked angry and you moved in with some force like you were heading to have a quarrel or something with someone inside the house. What's the matter?

GUY: It's my mum, I can't believe she would stoop this low to do this!

FRIEND: Now, I know what you're talking about, it's about George, isn't it? The picture he posted of him and your mum at the mall.

GUY: Yes! I can't believe she's actually fucking him, a school mate of mine, what is that going to make me look like in school?

GUY: Is this something you'll just shrug off?

GUY: Excuse me? I'm not supposed to disapprove? You realize I'll become a laughing stock among those guys?

FRIEND: I know, they'll joke and say a lot of shit. But that's just because those guys are not enlightened, and since you're overly concerned it means you're not so enlightened either.

GUY: What do you mean?

FRIEND: There's no shame in a peer fucking your mum.

GUY: So you would let one of your peers fuck your own mum?

FRIEND: If my mum wants it and one of my peers wants it, why should I be bothered?

GUY: They will joke and laugh at you, George has been joking about it and calling me son for weeks before he ever posted that picture.

FRIEND: It's like I said before, it is because those guys are not enlightened that's why they think it is something to make mockeries around. Take some time to think about it and be better than those guys; is sex not something to be enjoyed?

GUY: That's not the point!

FRIEND: So what's the point? That sex is to be enjoyed but it's a shame to do it simply because the person you've found and love to do it with goes to the same university as your son?

GUY: Well, yes, because you know they'll make fun of your son for sure.

FRIEND: Look, I know George and some guys can be irresponsible, but those are just jokes that shouldn't be annoying to you if you understood that there is nothing for them to make jokes about. Answer these questions, do you think sex is great pleasure?

FRIEND: You know it's the same pleasure for your mum too, right?

FRIEND: Come on, she's human like the rest of us.

GUY: Yeah, alright, you can say she does.

FRIEND: I can also say sex is one of her very important needs as a human being can't I?

FRIEND: Why are you not happy with George for providing some of your mother's needs? The fact that he can be a bitch about it doesn't change the fact that he's providing something valuable to your mum isn't it? When he makes his jokes, you as an enlightened guy should know that he's just being a dummy, he is not taking anything away from you or your mum, he is supplying your mum's needs and making her happy. You should laugh it off knowing he's just being an ignorant bitch. Your mum is benefiting from it all nonetheless.

The Sex Culture Dialectics is a series that seek to analyze some sex related customs and misconceptions using Dialectics, the ancient philosophical form of analysis through creating a fictional dialogue between two subjects.

“The stroke of death is as a lovers pinch, Which hurts and is desired.”

Well, cool. Why did you bring it up, though?