Harry Houdini Died on this Day, Halloween 1926, Killed by his Thorough Commitment to Marketing

@nevies
over 1 year ago
Proof of Brain 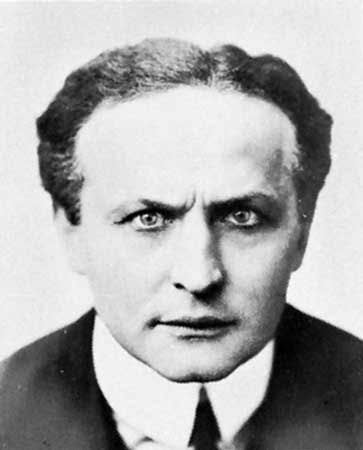 Like I said before, I've been consuming some Halloween content and have become fascinated with Harry Houdini the famous escapist. He's talked about in connection to Halloween because he died on Halloween and so many séances (attempts to contact dead people's spirit) to contact him has been carried out on Halloween since then.

Houdini died of peritonitis which came as a result of ruptured appendix. His appendix got ruptured due to heavy punches landed on his abdomen by [Jocelyn Gordon Whitehead] a student. The student had asked Houdini if it was true that punches to the stomach did not hurt him, to which Houdini replied that his stomach could handle a lot. Whitehead then proceeded to land some heavy punches on his stomach immediately, to which Houdini winced, stopped him and said he hadn't warned him before punching and so he hadn't readied his tummy for the punches. In the coming days, pains followed, diagnosis, attempts at treatment and finally death. 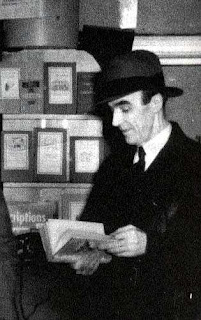 [Whitehead's photo from The Man Who Killed Houdini by Don Bell]

How is this all Linked to a Commitment to Marketing?

It is well known that Houdini was a marketing genius. His performances were mainly about breaking out and escaping from seemingly impossible shackles and entrapments. Like chains, straitjackets, oversized padlocked cans, and being buried alive, 6 feet deep.

Before touring and holding his shows he usually found numerous ways to publicize it, get himself in the newspapers and be the talk of the town, guaranteeing massive turn out to his shows. Like he would challenge the police of a particular city to restrain him with chains, padlocks and in jails and then break away from whatever it was they came up with.

He would perform in public, restrained in chains and what have you and hanging upside down a building in a busy part of the town attracting large crowds, the next day news outlets would talk about it and people would be so interested in attending his shows. He was a genius! Way better than other magicians and performers in marketing his shows and tours. 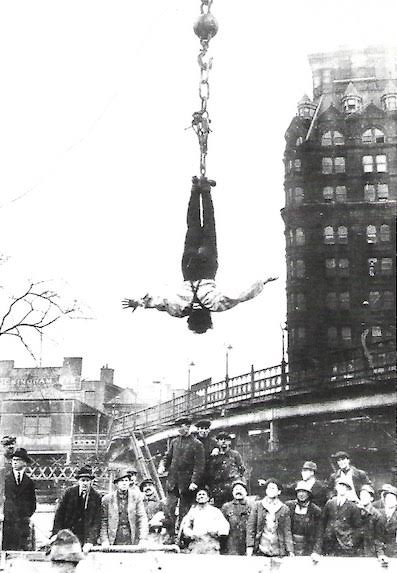 Now, we know markets is all about hyping and making the product seem as interesting and exciting as we can in order to make people want to try it. Houdini was a master at this, always trying to hype himself, his abilities and his shows, to rake in audiences. Once, there was a rumour about Houdini being a British spy and the public debated about how possible that was. A fellow magician James Randi had said it wasn't possible, that:

If Houdini had been a spy, that would have gotten out. He never would have been able to sit on it.

That's how much Houdini was into hyping himself.

Now, do we already see it in the cause of his death? He was asked if it was true that punches to the stomach did not hurt him, and he replied like the marketer he was.

Houdini was really a very comical and eventful type of individual.

Same to you, motherfucker.