Are White People to Blame for Slavery?|An Informed View of Slavery 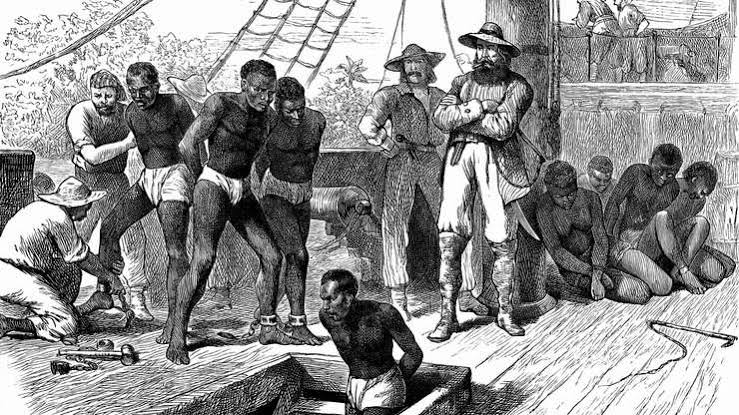 In 2008 I visited a resort, Marina Resort, Calabar, Cross River State, Nigeria. This resort had a slave history museum and I was lucky enough to get a tour of the museum - complete tour with a tour guide and all. The tour showed how evil the Transatlantic slave trade that lasted from the 16th to 19th century was. There were statues showing slave traders whipping slaves, statues showing slaves getting branded with hot iron, and statues of slaves with holes bored onto their upper and lower lip and padlocks locked and fitted through the holes to prevent them from eating the sugar canes in the plantations they slaved away in. 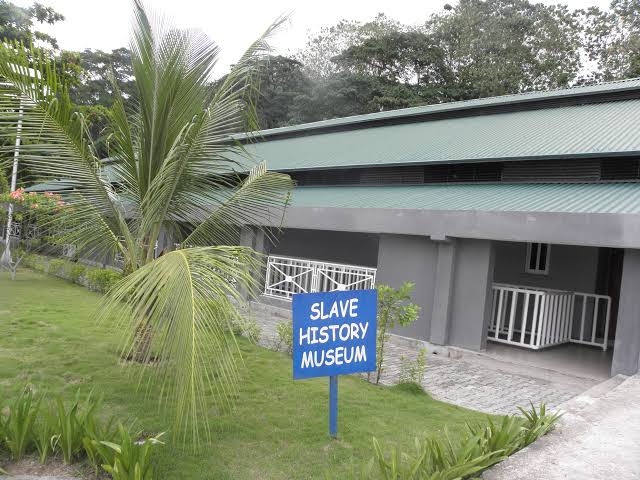 I was still really young, just 10 years old at the time (I'm 23 now), it was the first time I was learning about the Transatlantic slave trade. After the whole tour I was angry with White people beyond words! I was enraged, I entered into the avatar state:

Most times the Transatlantic slave trade is talked about, white people are the villains and the entire blame for it is heaped on them, usually exclusively. But this is actually wrong, infact a study of the matter shows that this is so wrong that we should be surprised how something so wrong can become so mainstream.

Why the sole blame is not on white people is because all peoples are to blame. Every people practiced slavery in the past: blacks, whites, reds, yellows, purples, everybody! Starting from the first recorded civilization of the 4th millennium BCE, the Sumerians.

As Historian David Eltis puts it:

Almost all peoples have been both slaves and slaveholders at some point in their histories.

Infact, did you know that many of the black slaves sold to the Whites during the slave trade were royalties and noble Africans who had slaves of their own back at home? Slaves were usually gotten when one side defeats another during a war, they take people from the vanquished and sell them into slavery, kings, princes, chiefs, generals, children of generals, etc. This was how some of the slaves sold to the whites were gotten.

People talk about the other means of acquiring slaves which is simply attacking free people and enslaving them and say the whites came to Africa and did that. No doubt, that happened, but was by no means the only way Whites procured black slaves. They bought from black slavers too and even the practice of capturing slaves were practiced by every peoples of the world including blacks. Many black people captured fellow blacks and sold to white men and capturing of free people to become slaves is a practice every race did millenniums before the transatlantic slave trade.

Also, all the evils and cruelty carried out on slaves like I mentioned I saw in the museum were carried out similarly by every people on their slaves. In Nigeria and Africa one cruel practice was common, which was the burying of noblemen with their slaves so that the slaves would serve them in the afterlife. This was also recorded to be practised among the Egyptians when burying a Pharoah, recorded to be practisedin China, etc. It has come to be known as 'Retainer Sacrifice'.

In the novel Joys of Motherhood by Nigerian writer Buchi Emecheta, there is a really sad part about a young female slave who refused to be buried with an important woman and her son landed a heavy matchet blow on the slaves head that sent her landing inside the grave dead.

In that very city, Calabar, where I had visited that museum as a child there was a famous slave uprising in the 19th century. Yes, a slave uprising in Africa, African slaves standing up to their African masters in Africa. This famous uprising was because too many slaves were being killed for burials of important men, the slaves came together and revolted successfully. Then they formed a group called 'Nka Iyip' or 'blood men', in history they are known as 'The Blood Men of Old Calabar'. 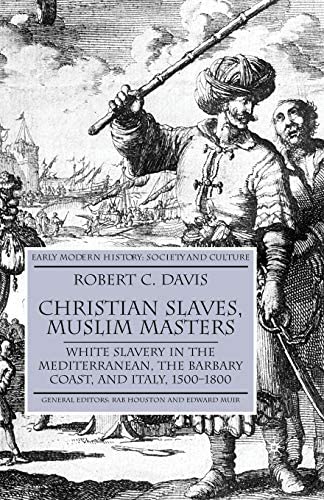 Or check out this Wikipedia article.

Between 1 million and 1.25 million European Christians were captured and forced to work in North Africa between the 16th to 18th centuries. Pirates known as corsairs raided European ships and territories and got white slaves which they put to work in quarries and construction sites and galley rowing.

As we have seen, slavery was such a cruel practice, and even though the arguments that white people began to fight slavery for selfish reasons hold some water, it doesn't matter. Ending slavery was the most commendable act humanity has ever pulled off and the race at the forefront of it all were whites, starting with the British.

And what's more? When the fight to end slavery began every people fought it.

Other whites fought it

Talk about the Confederate States and the European countries that took some time before accepting abolition.

Africans continued the trade in slaves, trading with the Arabs. African chiefs still currently being celebrated in Africa like King Jaja of Opobo, King Kosoko of Lagos, etc. All opposed abolition. 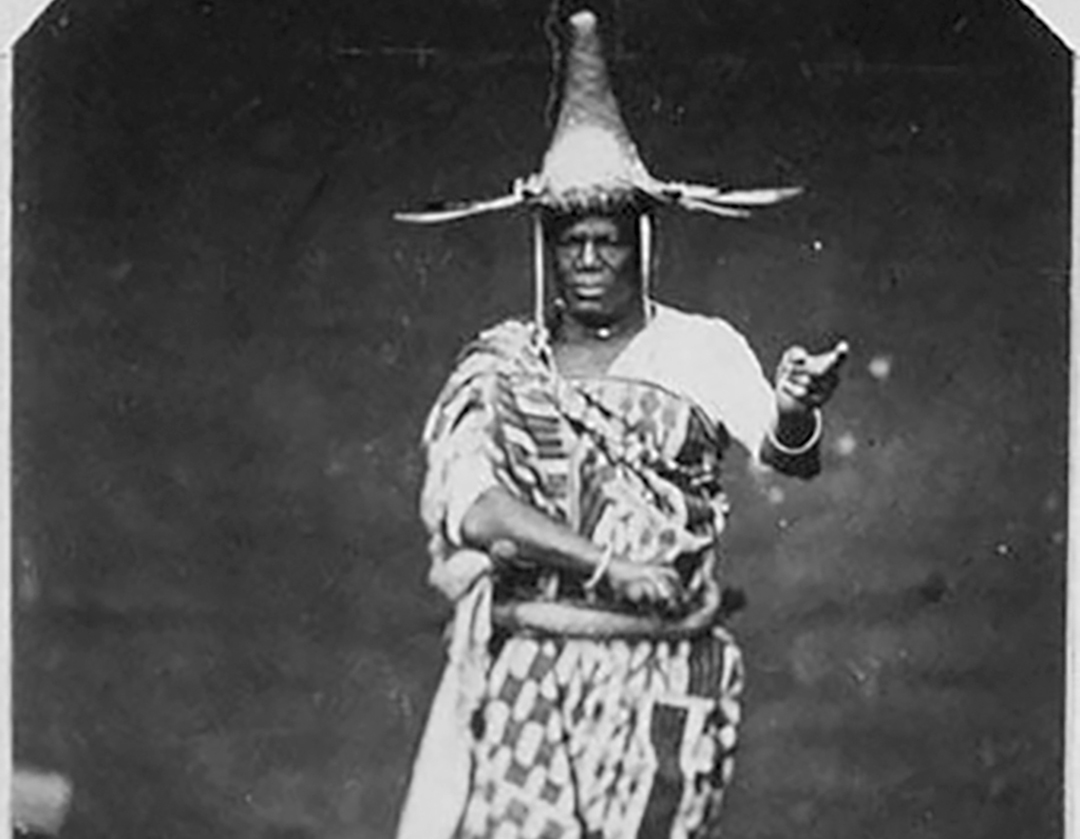 As we have seen, every race engaged in slavery and the whites, blacks, browns, etc all share an equal blame. It is easy to heap all the blame on white people because they are the ones in charge of the slaves when we go over the story, we forget that blacks were also in charge before passing the slaves to the whites, we forget that everything the whites did to the slaves were the same thing blacks did to the black slaves, were the same thing whites did to white slaves and the same thing blacks did to white slaves all at some points in history, around the same time as the transatlantic trade. No one is blameless and no one carries the entire blame.

If a white man is given a tour about what Africans did to white slaves he would be mad at Africans, if a black man is given that of what Whites did to African slaves he would be mad at Whites, if they are both given tours of what blacks did to blacks and what whites did to whites, who would they be mad at? Wouldn't they at last come to the conclusion that humans in general can be evil?

As we forge ahead and progress in our fight for a freer and fairer world we should remember that human rights and morality has always been in shambles and many things we now view as despicable evil because of the progress we have made were normal everyday occurrences in the past.

Men..... Those white motherfuckers ain't to be blamed at all.

The effect of the transatlantic slave trade (which was majorly based on race) is still very much prevalent today. over 10 million people were enslaved from central and western Africa ( majorly darkskinned people not Arabs-who we so happen to share the same continent with). The argument that black people also engaged in the slave trade so that neutralizes the impact of the transatlantic slave trade, doesn't hold much weight for me. Those countries (not individuals) that benefit (and still) from the trade have a moral right to do right by the African people because those heinous acts were perpetrated by countries and institutions that still exist today. The transatlantic slave trade is our history. A history that should not be whitewashed because it still affects us today.

The argument is not that black people's participation in the trade somehow neutralizes the impact, but rather that their participation shows that no one race is to be blamed. You get the full picture now, right, bro?

The moral obligation to do right by former slaves and children of former slaves that you talked about is correct. That is because when the system comes together to wrong a group of people after realizing the fault the next right thing is to make it up to that group of people.

It is currently being talked about in USA and tagged 'reparation'. And I'll like to make it clear that the only people who deserve reparations are the descendants of slaves in the various countries where they can still be traced , like the blacks in America, not the entire African people.

I really appreciate you popping by, thanks bro.

I never heard of white people being enslaved by Africans, but nothing surprises me. Humans were pretty brutal for much of history. It really weighs heavy that entire cultures are still suffering from slavery today though, and it weighs heavy that so many people (white, black and other) who don't see brothers and sisters when they look at people from other races.

Some people would be offended if I say "I don't see color", so I can only say "I only see color if you want me to", insofar as it influences someone's experience.

I want to see a world where we are all mindful not to colonize each others worlds without permission (as nations or as individuals). I also hope to see Africa elevated to a place where we from the the west can stop talking about "poor African children" and start talking about brilliant African thinkers and artists (not to mention good African friends). I wonder if crypto will make that inevitable. I am already starting to see that world take form here.

Yea, enslavement of White people is very little known and talked about, the writer of that book really aimed to curb that.

With the ending of slavery of any race of people, the standing up against Hitler and all the victories against discrimination the world over, it seems mankind's eyes are now open to the evil of blatant colonization and bullying (Emphasis on 'blatant' because other hushed forms still thrives in our world today), and mankind seems to be gravitating more towards equality and harmony, hopefully the momentum never slows.

Brilliant African thinkers and artists have always been there, also another not so well known and talked about matter, but hopefully it replaces the more well known narrative of poor African children. Also, for a fact, Africa doesn't even need crypto to come out on top, Africa has a lot of natural resources like diamond, gold, oil, etc but Africa hasn't overcome all the in-fighting amongst themselves, African overlords/oligarchies are the ones selling Africans short over here, sharing the wealth amongst themselves and living large around the world without developing the Continent and distributing the wealth.

Crypto like you said, though, would help and has already started helping in distributing wealth and opportunities, I see it here too. Hopefully things keep getting better from here on.