@lbi-token
over 1 year ago
LeoFinance 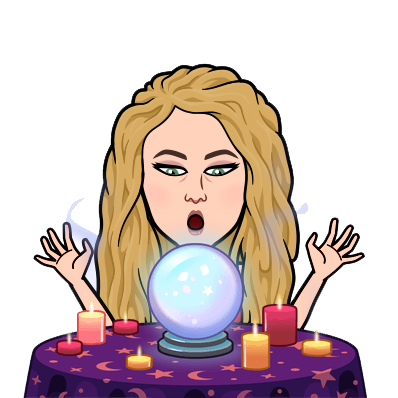 Welcome to the Sunday LBI post… and I hope you woke up a little happier than me. What a change in my portfolio. Where yesterday evening I was looking at Kucoin, at a very nice profit and run up from Telcoin, and for once in my trading experience time, I decided to go to sleep, WITHOUT setting a stop-loss!

Coingecko must have gone crazy!

I looked this morning and at first thought that my coingecko app was completely wrong. Everything was RED! My beautiful win from yesterday had turned into a negative sight. And to think that I had placed a sell order that was slightly higher than where I had to leave Kucoin to go to sleep… Unfortunately, my sell order is still there, and so my portfolio took the blow of last night. Now I can of course think, “If only I had set a stop-loss”, but let's be honest, did you expect this 10% drop from Bitcoin? I didn't, so I didn't expect Telcoin to dive 14% either. It's a moment to realize that I still don't have a crystal ball where I can see the future.

It's a moment to remind myself that a stop-loss is the best thing to do when you have to leave your PC. But it is also a time to just sit out the dip and continue to trust that things will be okay. For now, I'm going to HODL strong!

But what could have caused this dip?

I once again searched the internet, and came across different theories. The one described more in detail, than the other, and many explanations come along. I have listed a number of them here.

I love the thought of the last one

That's a third statement I came across. And personally I think this is a nice one, hahaha. But that has more to do with the thought that we still wouldn't be in the real bull run. If so, it bodes well for the coming months.

Whatever it is, I have to admit, I really don't have the technical knowledge to really understand it. And therefore really cannot say which of these statements would be the correct one. Or that it is a combination of all of those statements. What I do know is that this time Bitcoin surprised me. And I think many of you have been very surprised by this.

What has been a consequence of this fall of Bitcoin is that more than 9 BILLION USD has been liquidated in an hour. Wow, that's painful when you were here.

However, there is also positive news. Because if you think this is the end of this bull market, it is not. In 2017 we also had several significant corrections of Bitcoin that dragged the market down, and after a few days the recovery will follow. I expect that this time for sure…

There was also different news today. For example, I read that millions of Swedes profit from Bitcoin without knowing it. This is because the state pensions of Sweden hold a percentage of Tesla shares. And as we all know, Tesla has invested heavily in Bitcoin. The Norwegian state pension fund itself owns 600 Bitcoins. Those are other messages that give hope that crypto can indeed no longer be ignored from the current era, and will certainly be part of the future. And that means that we leave today's red numbers for what it is ...

If we can, buy the dip of course, and confidently look forward to the upcoming recovery of the Bitcoin price and the crypto market in general.

I never got around to learning a Technical Indicator this week, lol. The weather here was TOO good to sit in front of my pc all day long. It was time to go out. To enjoy everything there is in 'real life', and given the current red numbers… forget the crypto market for a day. Leave it alone. After all, you should also have a day off, right?

Full attention to everything that is called cryptocurrency

Tomorrow I will again pay full attention to everything that is called cryptocurrency, I will again see what my options are, whether I can devise and plan a trade. And… I'm going to look at a coin I've heard more about recently, so I'd love to see you back here tomorrow. Same place, I dare not promise the time… lol.

Happy Sunday, and if you can;

it's not every day sale at the candy store called cryptocurrency.

At the end of the day it's only the strong hearted that will buy the dip. The dip caught everyone by suprise. I'm glad to read about likeable things that can cause this dip. Nevertheless I think I kinda expected the dip I didn't know it would happen sooner.

Everyone who believe in the future of cryptocurrency should buy the dip if possible, is my honest opinion. But maybe you're right and only the strong hearted will do so.

I was expecting a dip too, but not this time. We were just getting going from the previous one ... I thought it would be further away. Well, just wait and see.

I think the dips are not following a particular pattern anymore, no one exactly knows when another dip happens but then I'm preparing for the worst case scenarios

The truth my friend I think we were all looking forward to reach $75K as soon as possible, but personally I knew deep down that BTC was losing strength, if we see the daily candlestick chart with the RSI, we can immediately observe a bearish divergence in the price. If we look at each peak of each btc rally after each correction we notice that each peak is lower and each correction is shorter, this only gives us one message and that is that the strength was lost.

Now that BTC broke the bullish channel, I sincerely hope that it corrects enough to $40K or $35K, that it takes its time so that when it comes back it does it with strength, that the bullish rally can take it to $75K and then to $100K. I just know that if it corrects to the prices I mentioned, we will have an opportunity to buy much cheaper.

A correction to $35K, that would be a crash.

And that's not something I would like to see that happen. That will do more damage than good in the long run. Recovery from a correction is very much possible and likely, with a crash it can be another story as there will come a lot more in the play. But I don't know what lies ahead ... so.

And if you strongly believe that it's going to hit $75K and $100K ... well, buy every sat you can buy now, because it will always be a 'cheap buy' once Bitcoin is comfortably cruising in the $100K range.

Weak hands will give in to the Red Market! Diamond Hands will "BUY THE DIP" :))

Something like that ... Lol. But good for me to know that I don't have weak hands, nor do I have diamond hands. I didn't give in to the Red Market, but I also didn't buy the dip. Lol

It will really test how much faith people have in crypto and I hope those people playing with leverage didn't blow up their accounts. In the current environment, paying off that debt will be quite a hurdle.

Hmmm, when 9 Billion dollar is liquidated in 1 hour. There's a big chance that there are some account exactly suffering from that. But I think the biggest ones can pay that debt. I know for myself that I never use the leveraged trading. Only "spot" because in that way I play it 'safe' in the crypto market.

Those who believe crypto will boom in long term will buy now as this is a great opportunity to buy . I am buying the dip :)

I bought the dip twice but the second time wasn't really intentional. The first was my dollar cost average order and the second was an old limit order that I never got around to cancelling. I didn't think we'd get that low again, at least not in the foreseeable future. Even so. It still wasn't the very bottom of what's gone on today.

I was also out in the sunshine and surprised to see all this when I got home.

Tomorrow I'll need to get on top of things again. 😊

That's a nice buy. The unexpected very low ones are the best. Lets hope we don't have to see this price again for a while now.

Good to hear that you were out in de sun too. We all need to be out, feel the sun, enjoy the spring ... forget about crypto for a while.

Good luck with getting back on top of things. I'm just doing the same today 🙂

I finally managed to add some more DEC to the DEC-BUSD farm today and am feeling pretty good about that. The Defi stuff is all so new and complicated I feel nervous about it and put it off. But today it's done and next time it will be easier.

Hope you've had a productive too.

Hi @hetty-rowan, you were just shared some LUV thanks to @gillianpearce. Having at least 5 LUV in your wallet enables you to give up to 3 LUV per day, for free. See the LUV tokens in your wallet at https://hive-engine.com or learn about LUV at https://peakd.com/@luvshares

To buy the real dip I think you have to buy coins in the bear market but if you're looking for quick profits, these "small" dips can work :P

It was really a surprise to see so much bleeding in the cryptoverse. I think BTC whales have something to do with this as weak hands played again yet into their hands.

Not sure, too many people are talking about the power outage in China and point to that as the cause for this drop.

Stop Loss can help you avoid huge losses indeed, but IF you set your stop-loss wrong it can also stop you out with a loss and not have a chance to get back in because the market jumped up right again.

The knife cuts both sides ...

It is quite interesting the amount of power China holds in Bitcoin and it is also just as concerning.

I hope the US hits back and starts developing Bitcoin mines. Could be a potential Chinese attack on finance if Bitcoin becomes a recognised currency

I bought the dip, and the high, and everything in between. lol I think it's going to a million at some point so anything I can get under $100k makes me very happy. Got my small autobuys set up and add a little more here and there when these things occur.

You're a good "bitcoin boy". Lol. Autobuys setup is good, in that way you'll never buy the lowest low, or the highest high. It's a nice dollar cost average way to go over this things. 👍

Congratulations @lbi-token! You have completed the following achievement on the Hive blockchain and have been rewarded with new badge(s) :

The recent deep really looks orchestrated. News like the one from US do not leak accidently. It is either a planned leak or a fake carefully placed on news outlets at the right time.