Do not give up

@jordanworo
over 1 year ago
Proof of Brain

I attended a child dedication ceremony Sunday the 30th day of May 2021. Upon arriving at the venue of the location, there were loud joyous and melodious songs blazing out of the sound systems at the venue. In no time, the auditorium was filled with families, friends, church pastoral team and well wishes.

The clergy commenced proceedings with opening prayers and hymns as everyone gladly joined. Something caught my attention during the course of the child christening, you must be eager to know that.

I had a closer gaze at the mother of the child and I saw how happy she was. The birth of the child had put smiles on her face and she couldn’t hide her happiness having her bundle of joy held in her warm hands.

I reasoned how she would have felt during the three pregnancy trimesters. The mood swings, loss in appetite, early morning nausea among others are some of the experiences she might have had during the first trimester.

The pain she had during the child birth is also worthy of mention because it’s generally known that giving birth isn’t an easy thing. The lesson learnt from this is that, in every challenge we face in life, there’s an expiry date only if we could endure till the end. A pregnancy that was once a thorn in the flesh of the woman later became a bundle of joy.

What are you passing through this day? Be rest assured that there’s always a light at the end of the tunnel. Don’t give up! 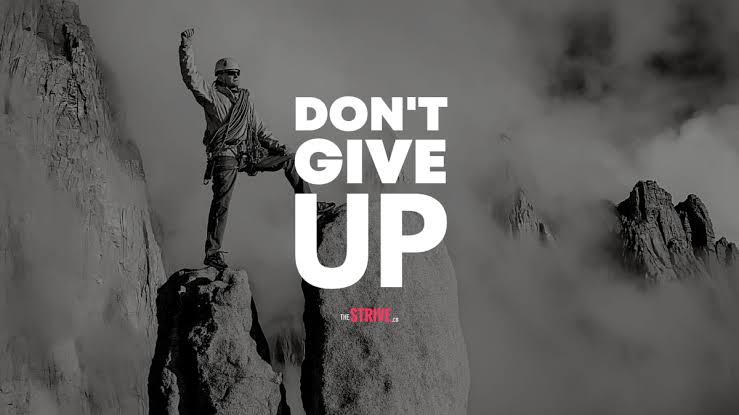 Good message @jordanworo.
It is certain that the end would always come to our sufferings if we just hold on. But well, I must add that sometimes the end is death, not a joyful ending, but death comes and meets some of us in our sufferings and that's how the end of that suffering comes.
Let's smile and cry at the same time about this:

Giving up is not an option.

This is one of my personal mantras.

Congratulations @jordanworo! You have completed the following achievement on the Hive blockchain and have been rewarded with new badge(s) :

Yeah no one should give up in life,when you feel like giving up,just rise up and try again.

Yeah dust yourself up and try again

@jordanworo exactly the point i am trying to make

I love this post of yours,it makes me to have more courage to keep pushing on and should never giveup..