Brilliant Strategy in Ottawa: Everyone Carries a Gas Can

The Police Are Getting Desparate

It's been over a week and the "trucker problem" hasn't gone away for the government officials of Ottawa and the Ottawa police. 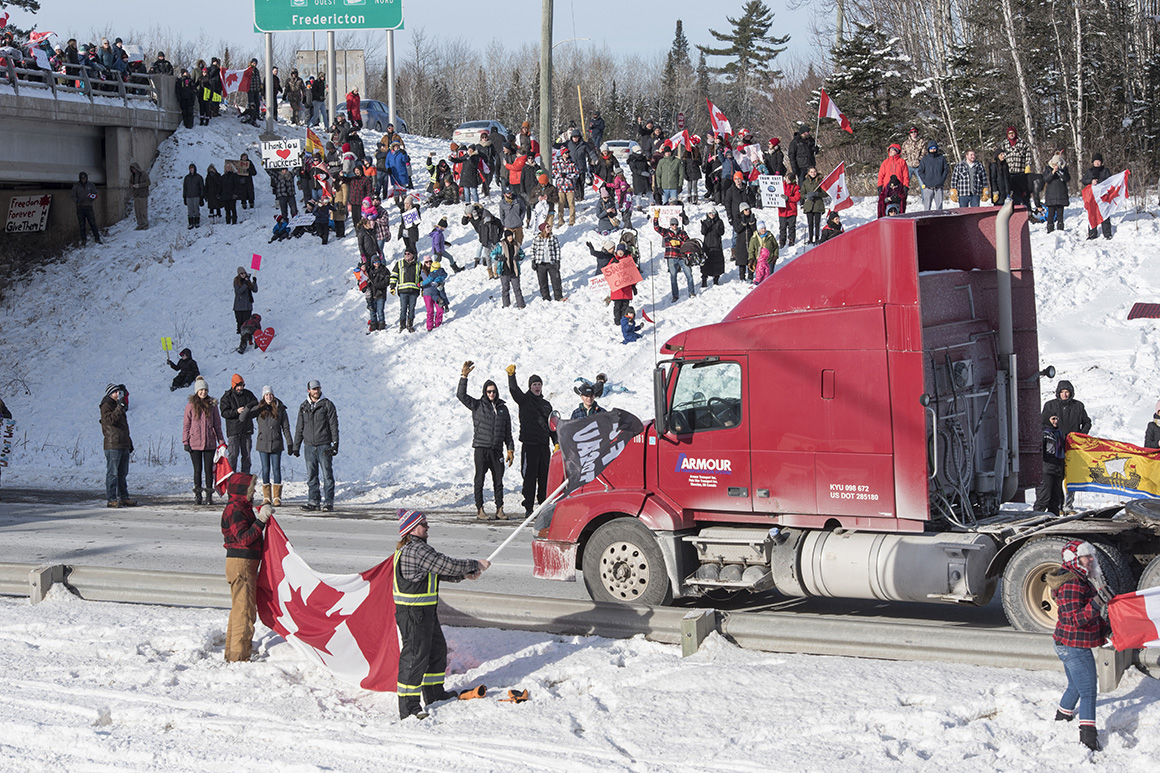 All of their grievences. 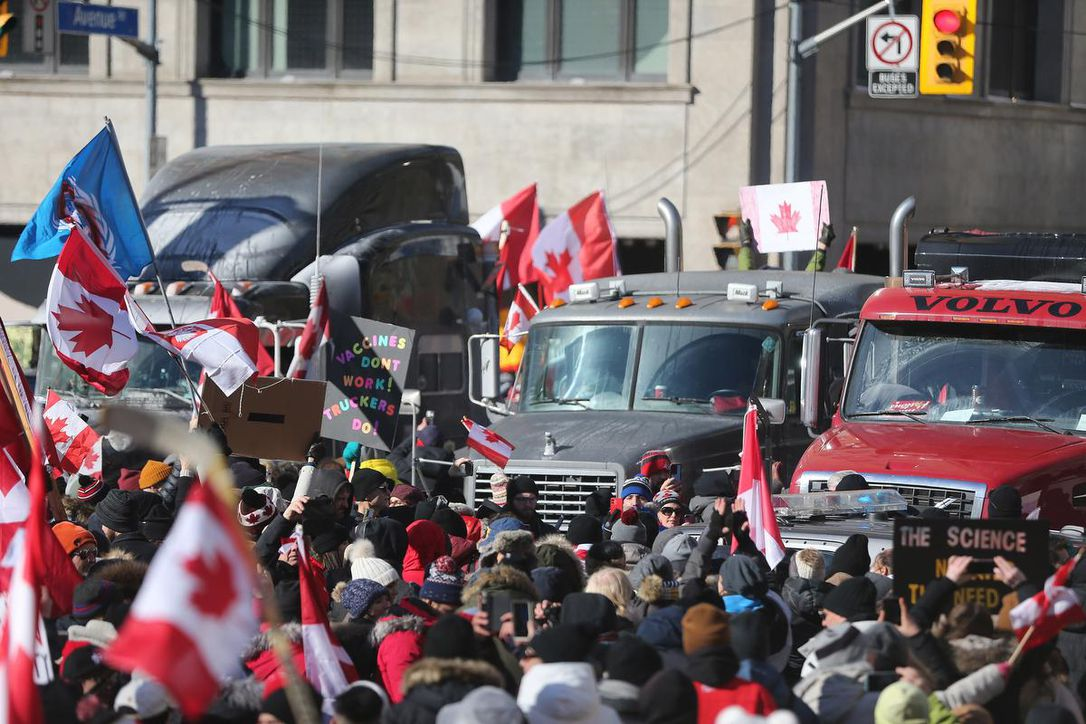 Police Are Being Sneaky

News has come out that the police in Ottawa have begun seizing fuel from the truckers who have been camped out in Ottawa in protest for over a week. 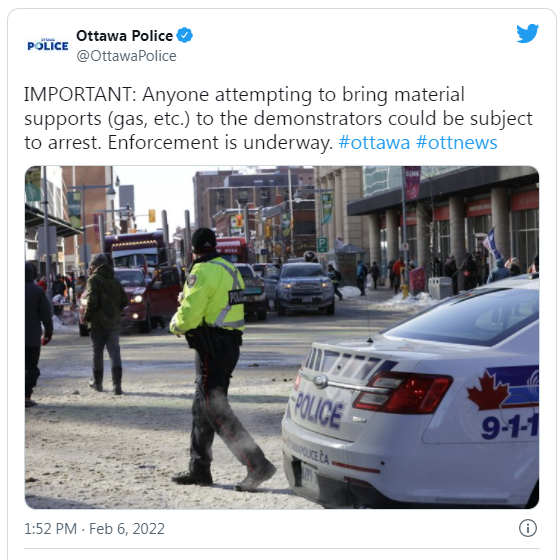 They are also arresting anyone possessing fuel for the truckers, trying to exhaust their fuel supply. The idea is that once the trucks run out of fuel, they can no longer heat or move their trucks, and they can justify their forced removal. Since now it's an "emergency" and their (supposed) safety is at risk.

But it's not going to work.

The Trucker's Epic Troll in Ottawa

The plan is to have massive numbers of people walking into Ottawa with fuel cans. Are they full? Are they empty? Doesn't matter. Just walking around... with a fuel can. 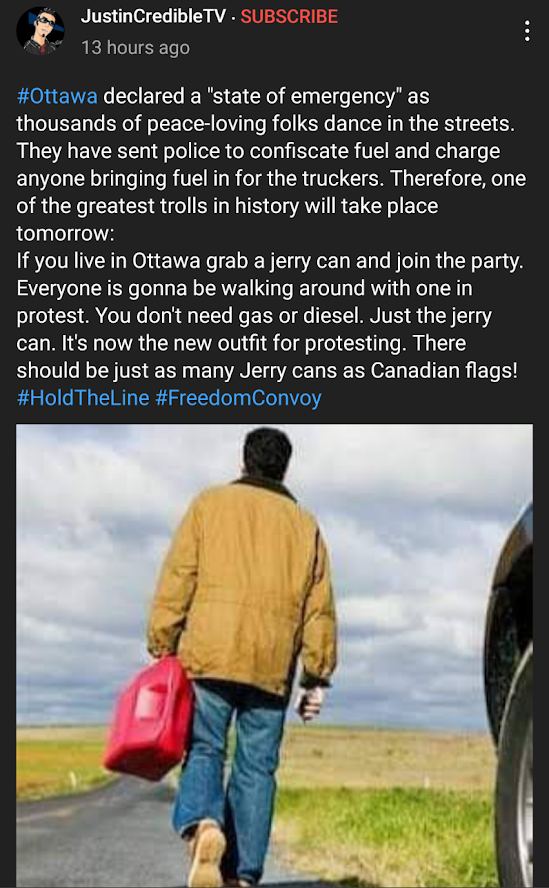 Brilliant strategy to peacefully overwhelm the police and make them give up and force the government to remove these tyrannical rules.

I understand that the Canadian. army has already refused to get involved.

Soon the police will throw up their hands. They cannot deal with hundreds of thousands of highly motivated citizens who oppose tyranny.

In Israel the Green Pass quietly disappeared this week as the police informed the government that there was such large scale non-compliance that they could not enforce it.

gofundme lost all credibility in the world. So stupid to freeze funds.
They work in Europe too but not long anymore