The inspiration to gain from the movie "soul'

@ifecryptos
over 1 year ago
Proof of Brain 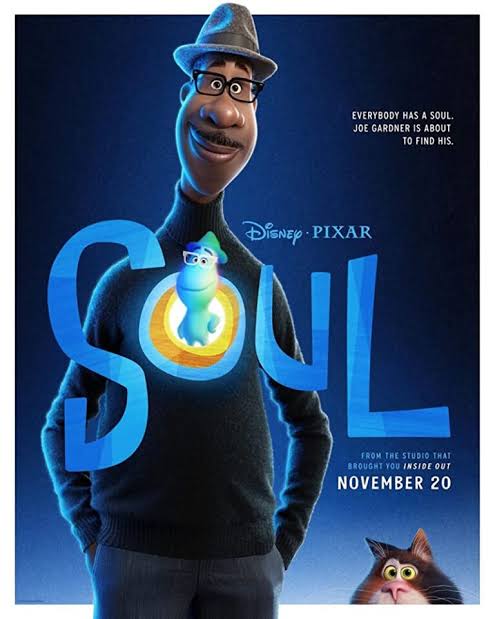 When genre films have become more and more unable to conceal the downward trend, on the contrary, some animated films have opened up their minds to open up the Xinjiang territory and bring more fresh experiences to people.

The ultimate truth of life is just a few words to put it bluntly. Elaborating it may seem old-fashioned.

Movies, at least those produced by Hollywood, are mainly stories to win. With a vividly told story, it will take you to re-experience the old tune, perhaps the wisdom of life that you may have repeated your ears, but you have never really experienced it in your heart.

What "soul" conveys is an anti-successful concept of happiness. Happiness does not need to be achieved through "realizing life goals", and even people often forget about life itself in the process of chasing goals. So the whole life is nothing but the end. It's almost too late to die.

Look, everyone understands this (at the same time, few people really do it). When we see that someone around us has gone in the wrong direction and is miserable, we might be able to act as a life mentor, just a few words like this.

What is the inspiration from this movie? It is the perspective conversion effect brought about by the dislocation of the two protagonists' identities in the film.

A stubborn soul who "sees through life" who is unwilling to return to the world for thousands of years. The film set up a series of joking scenes of great men in history. Socrates, Lincoln, Mother Teresa, and Einstein have all communicated with the stubborn soul of 22, and none of them can change his pessimistic attitude towards "being human."

Joey originally left his body and ascended into the "spiritual world" because of an unexpected situation. He felt that he could not die because he had not finished the next performance scheduled as a musician—perhaps the most in his life. An important performance, his musical talent will truly be shown to the public. "The goal is not completed", so he can't die. His strong obsession with continuing to survive caused his soul, who was accidentally separated from the body, to rampage in the "spiritual world", and he and his opposite stubborn soul 22 stepped onto the earth by mistake. journey.

As a result, the meaning of life described by many great men did not move 22, and the experience pinned in the body of "the loser" Joey made him unexpectedly feel the beauty of life.

The smell of pizza, the sweetness of lollipops, the sweetness of singing, the leaves falling freely spinning in the dappled sunlight, and the feeling of just walking... Let 22 have the motivation to be a person that those great men failed to provide him. .

Because in these things that are too simple to be called things, he feels the simple beauty, that kind of beauty is enough to make him give birth to nostalgia for the world.

What a strong contrast between the indoctrination of a great man and the simple touching experience entrusted in the skin of a loser. The great man has taught for thousands of years, and it is less than the experience of a day in an ordinary body, but it can make a soul ignite the enthusiasm for life. This seemingly absurd contrast emphasizes a simple truth with a dramatic effect: just by experiencing life itself, people can be very happy. There is no need to ask the most outstanding mind of mankind.

Another set of comparisons comes from Joey himself. From the moment he was inspired by the musician's father to like jazz music, his life seems to be to fulfill his mission of being a musician.

Shining the world with musical talent and proving the value of his existence is the driving force of Joey's life. And this, how sacred and lofty it seems.

In reality, however, Joey is a utterly defeated loser. When he checked the various fragments of his life that he had lived in the "Mind Academy" of the "Spirit World", he found that there was nothing worthy of praise and pride. His life is just a collection of sad and trivial fragments of a loser, spreading out his gloomy life experience, it is almost a capital ridicule.

No wonder he is so hopeful that he can rewrite his destiny by showing his talents.

When his soul ascended into the "spiritual realm" and returned to the world with the stubborn little soul 22, he didn't know why 22 stayed in his ordinary skin for only one day, and changed for thousands of years. He didn't want to The obsession to return to the world.

He was puzzled by this. However, when he got the chance to return to his body and successfully won the opportunity to perform and shine as he wanted, he suddenly felt lost. It seems that success is not as good as he imagined. Living as a successful dreamer may even be just experiencing another kind of mediocrity.

Therefore, he missed even more of the 22 who once felt the beauty of life through his skin. Stroking the items 22 put in his pocket over and over again-only a piece of pizza left, a lollipop, a leaf that was shiningly dropped and 22 picked up and collected...and reviewed 22 because of these tiny things And at the moment of moving, thinking about their meaning. Finally he "enlightened the way". He understood 22's move.

The moment of understanding, the confusion as a person is also lifted. The obsession also disappeared.

The meaning of life is to cherish every minute of the moment and experience the feeling of being alive.

The rest are additional. It's not that you can't chase, but you can't give up the "base" and go to the "end".

So, the truth is just that. But it is not so easy to truly comprehend these truths deeply.

Because we are in the human world, we have too much power to make us a person who "willing to leave the last and the last".

As Osho said, a person is not born sick, but he was born in a sick society. The society itself has schizophrenia, so the part of your thinking and the part of feeling will also be split. As a result, you will gradually become insane.

People often change their views on life after experiencing great changes in life. They have a new vision of life and the world, and they no longer have so many complicated obsessions, and they know how to enjoy the feeling of simply being alive.

But people cannot expect to experience a great change to change their attitude towards life. Sometimes, the great change directly takes away the chance to live. No need to take that big risk.

And good literary works can also serve as a reminder similar to the great changes, bringing us a new perspective of life.

"Soul" is such a good work.

Excellent film review. It is elaborated with a very fresh, pleasant and vital conception of a film that comforts us with a sense of life very close to simplicity and depth, to the spiritual. Thank you and best regards, @ifecryptos.

Your post has been upvoted by @celfmagazine, an autonomous initiative in favour of quality content on art and culture. Support us with your vote here to maintain and improve our work. Join our community