El idioma inglés. Una retrospectiva que no conocíamos/The English language. A retrospective that we did not know.

@hojaraskita
over 1 year ago (Edited)
Qurator 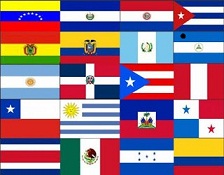 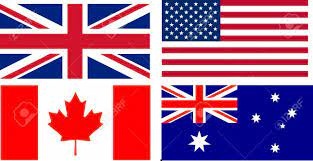 
The English language. A retrospective that we did not know.
In one way or another we have always encountered this language throughout our lives but it is in high school, where here in Venezuela, we really see the face of the English language. It does not matter if we have an efficient translator to support us in our work, it is always necessary the interpretation that the person can give to each word, on the other hand, you never know if we have the need to communicate in person with others using English as a medium, but why this language has positioned itself as a commercial language making its use essential to prosper academically and work? Why are there so many differences between pronunciation and writing as well as in the construction of sentences?

A bibliographic survey of the literature ranging from magazines specialized in the teaching of the language, such as the one issued by the Instituto de Superación (1994), published in Mexico, to the presentation by Isabel Furez at the conference on "Teaching English in the 21st Century" (2020) shows that the roots of English are quite extensive and that they date back to the year 450 A.D. The Anglos and the Saxons were the first to use the language in their own language. The Angles and Saxons from the North Sea, having conquered the Celts located on the island now known as Great Britain through struggles that lasted for many years, expelled them to the Scottish regions and kept the territory for themselves.

The Anglos being the most numerous imposed their language which we know today as Anglo-Saxon or Old English, this had its variants according to their geographical location where they were located: Those of the north called Northumberland, the interior was called Mercian, these were united under the name of Anglian and the South called Saxon predominated more than the previous ones and its runic writing was eventually replaced by Roman.
With the arrival of the Vikings who invaded part of the islands and mixed with the Anglo-Saxons influencing the language by adding new words. By the year 1066 the British Isles were invaded again by the Normans, mixing their language with the English language.

Middle English arose thanks to a very important event that took place on the South Coast of England in the county of Sussex, specifically in a place called Hasting, William Duke of Normandy (William the Conqueror) defeating the Anglo-Saxon King Harol and crowning himself King of England brought as a consequence a struggle between the language of the victors and the vanquished, since the ruling class imposed the French language as a commercial language and so it was for many years, transforming the English language by adding new words.

By the time of the Renaissance, new words were added with the technological opening and the awakening of social conscience.
Approximately around 1476, in Westminster, the printer William Caxton published a book entitled "Sentences and philosophical sayings" which turned out to be a series of translations of the classics thus contributing to the expansion of the English language consolidating its dominance under the reign of Henry VIII becomes a national language. This series of events marked the beginning of what was called Modern English.

With the conquest of the new continent, the colonists, being isolated, invented new words linked to the languages of the native peoples, which is why North American English has a compendium of words derived from German, Dutch, French, Irish, Spanish and Italian. Another phenomenon is added to the motley pronunciation that was motivated by the commercial exchanges of merchants and the travels of sailors to other latitudes, contributing sounds from other languages to the pronunciation, varying it depending on the place or region.

Thus, with time, the language began to be used for communication, aeronautics and in the maritime area, as well as in the sciences.
English is a compendium of several languages, which in some ways has prevented its pronunciation from being the same as its writing, as well as the construction of sentences following a different standard in some things.

Tahnk you dear friends for getting here. If you liked the content, support me with your vote and give your opinion on the topic that I have shown. Remember to answer the questions. Until next time.
By @hojaraskita
cervantes espanol lassecash proofofbrain leofinance smi-le archom
0
0
0.000
4 comments

@fridakahlo
over 1 year ago