Why Guardiola Did What He Did. 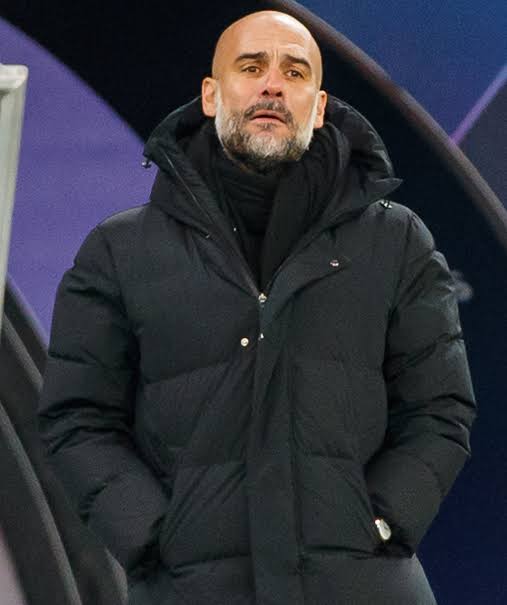 We all know the history and all that Guardiola has achieved as a coach. We have all seen his track record and many might wonder why he did all he did. He is not a saint and of course, he clashed with a lot of players as expected but there is a reason why he did some certain things and I must say that I admire it.

When he took over Barcelona, he knew the importance of controlling the team and he knew that if he didn't get some players with influence away from the team, others might just reproach him afterwards. It worked perfectly for him because he got the results and if he hadn't gotten the results maybe it would have worked against him.

There are players with egos who might undermine the approach and the efforts of the coach. He made sure he put everyone under his grasp to not only listen to him but to respect his choices since he is getting the result. Others might call it controlling but when you see how a group of players can bring chaos to the team by division, then you will appreciate his approach even more.

I read a documentary by Owen when he left Liverpool for Real Madrid and he said when he got there, he could see the politics at play. Yes, he might be making an excuse for his failed stint there but not everything is a lie. Raul was a guaranteed starter and Owen, being a hot sensation then, came with his reputation but he knew from the moment he got to the dressing room that there was no way he would be keeping Raul on the bench.

The good thing with Guardiola's approach is that it keeps everyone in check and he would keep for himself a larger group of players that wants to play for him and kill for him on the pitch and those that are not on board would be shown the exit door as a statement.

Guardiola did the same thing at Barcelona and he did the same thing too when he took over City. He usually uses his tactics as an excuse for not needing certain players but we all know that what he was trying to do is to curb their ego and control his team. It's always important for a coach to control his team and despite Ibrahimovic getting the goals at Barcelona, Guardiola still didn't care that much about him because Ibrahimovic is known for his ego as well.

This is one of the reasons why Ibrahimovic hates Guardiola. I read his book where he said that he respected Guardiola as a coach but not as a human being. Being respected as a coach is enough for Guardiola which validated what I said earlier. There was also a time that Henry scored 2 goals and still, Guardiola took him out of the match only to tell him that he didn't play to instructions. Guardiola wants his players to listen to him and that's not a bad thing.

I think this should be a template for Erik Ten Hag to follow when he gets to Manchester United. He needs to imprint and enforce what the club is about on these players which is what Guardiola did with Barcelona. Barcelona doesn't like their players using fast cars and this didn't go down well with Ibrahimovic but he had no choice. He had to use a different car when going to training and he can use anyone he likes in his daily life but as long as you are coming to training, there are rules. I heard how he asked them to cut off the WiFi at the City training ground too when the players were getting distracted.

There are tough decisions that must be taken when coaching is concerned. It's not about being good to everyone but doing what is best for the team. Sentiments shouldn't have a place and I felt Ralf Rangnick would be the one to instil this after reading about his reputation but he also rolled over and failed.

Erik Ten Hag would have to clear out the deadwoods, enforce the culture of the club, then find those disruptive figures and send them out of the club or make their opinions inconsequential. The thing is, he must be able to back up his decisions with results on the field else it would all backfire so quickly against him.

Recently Patrice Evra y Berbatov said something similar. I agree with Guardiola is excellent coach but no human being. But as a coach you need put respect.

As a coach he has indeed earned the respect of everyone. He is amazing.

Guardiola is one of the best coaches in history, in my opinion Guardiola with Barcelona in 2009 revolutionized the way to play football, that team is undoubtedly for me the best team of all time, not only won but played in a prolific way, almost perfect. Of course he is a coach with a strong character and has no problem getting rid of a player that hurts his dressing room as we saw with Zlatan in that Barcelona for example, great post! Guardiola is definitely one of the best coaches.

That's right. I like his ruthlessness and he backs it up with results which makes it interesting. He is an amazing coach.

He has way of doing his own things and it's working for him, he don't want player that he can't control.

Yay! 🤗
Your content has been boosted with Ecency Points, by @gingerup.
Use Ecency daily to boost your growth on platform!

For what's worth, I like his approach and I wish Erik Ten Hag can initiate the same at Manchester United. Those players need iron hands.

ETH needs to chase a lot of players out and I hope the board backs him.