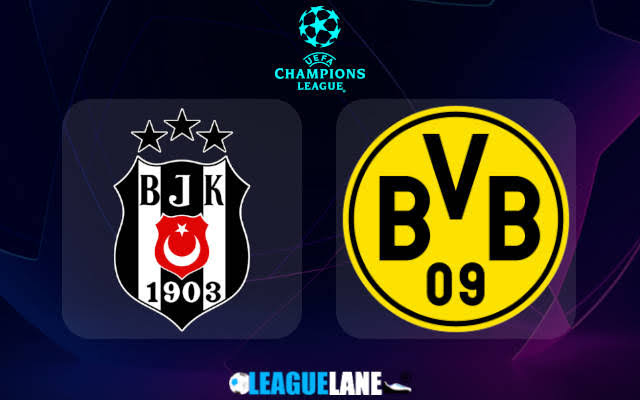 Besiktas has had a great start to the new season under the domestic skies, where the club occupies a preliminary first place after four games. The defending Süper League and Cup champions have not yet conceded a single goal, and these positive beats "Kara Kartallar" must try to continue when the mighty Borussia Dortmund visit Istanbul.

The Turkish big club must also try to get European revenge. Last season was a success for Besiktas in Turkey, where "Kara Kartallar" won the championship for the nose of Galatasaray - thanks to a better goal score. However, the European season developed into a disaster for Besiktas, who did not even manage to qualify for the Europa League group stage.

Initially, Besiktas lost 1-3 to Greek PAOK in the Champions League qualifier, and then the Istanbul club had to settle for playing Europa League qualifier. Here, Besiktas played a draw against Rio Ave, before the Portuguese - after a penalty shootout - put an abrupt stop to Besiktas' European adventure.

Borussia Dortmund, on the other hand, had a fine European season, with the Bundesliga club cruising through the group stage, after which they advanced from the round of 16 at the expense of Sevilla. In the quarter-finals, however, Manchester City proved to be too big a mouthful for "Die Borussen", who have qualified for this season's group game via third place in the Bundesliga.

Former Borussia Mönchengladbach coach Marco Rose is new to the coaching staff at Borussia Dortmund, and he has - apart from a defeat to Freiburg - recovered well from his new club, which currently occupies third place in the Bundesliga with nine points after the season's first four matches. Now Marco Rose and "Die Borussen" must try to get off the ground well in another Champions League season.