Maybe 90% of the time I don’t embark on any course of action unless I’ve researched it really thoroughly, looked at my alternatives etc, etc. I’m sure that’s caused me to miss out on a few opportunities as well as avoiding some pitfalls. I’ll never know for sure if I’ve gained or lost more by being this way.

This year, however, I signed up to Duolingo on a whim. I should clarify, I had tried Duolingo some years ago back when they were trying to crowdsource translation or something and I didn’t feel like I was learning anything. This time around, everything is different. There are cool animations, leagues, badges...all sorts of fun stuff. So now, I think I'm hooked.

I signed up for French, Spanish and Chinese. French because I want to understand Stromae’s lyrics better, Spanish because there are literally parts of Venezuela that are further from Caracas than Trinidad is (no joke, check it on a map) and Chinese because lots of people speak it.

Duolingo's Spanish sounded weird to me (not sure why, it's probably fine) so I dropped it early on. I can already hold my own in Spanish if it’s an emergency. Mostly. I had three years less of French classes than Spanish in high school so I kept up with that one but what really surprised me is how much I’ve been enjoying Chinese. The tones are tricky but they’re fun to work on. I started watching a Chinese dramedy called “Oh My General” and would you believe, I understood a full line of dialogue?? It was a short line but I still feel pretty good about that 🤩. 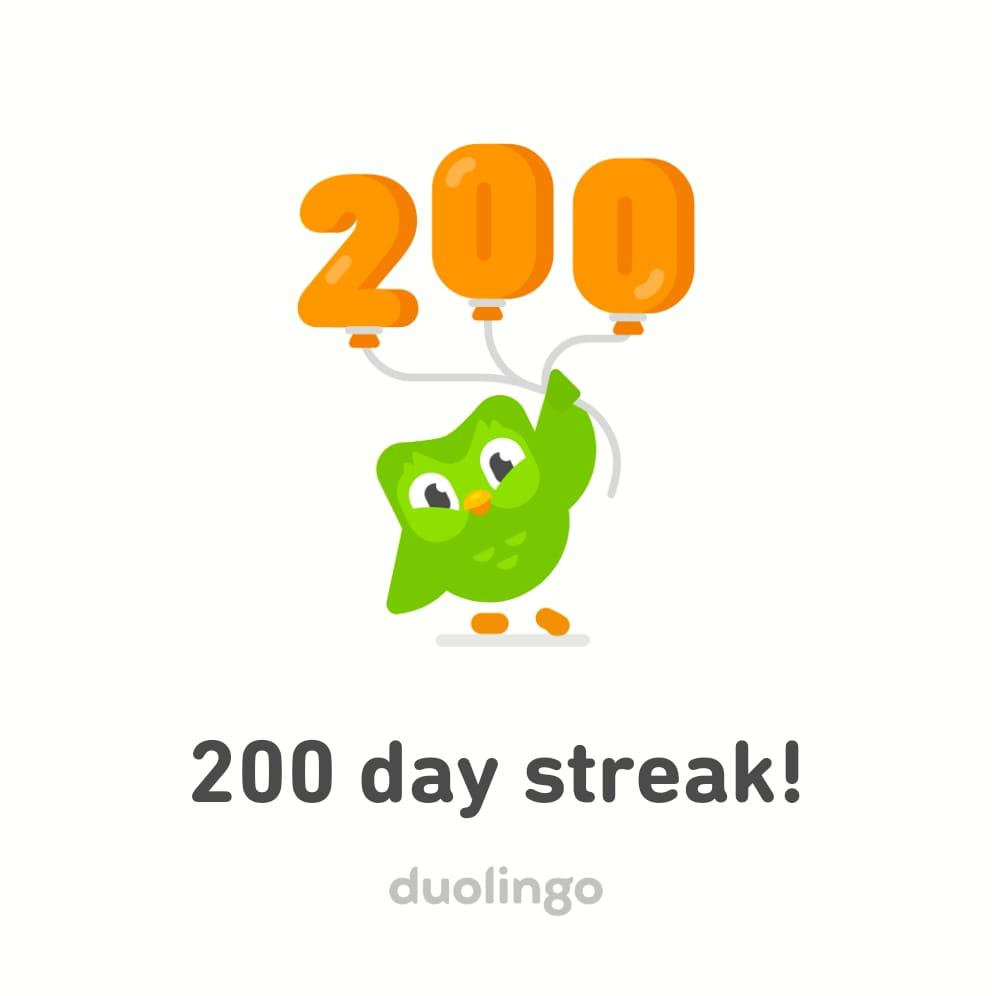 Maintaining a 200-day streak would have been impossible for me without streak freezes. Those let you maintain a streak even after you miss a day (one streak covers one missed day and I think I’ve used about 5 so far). It might seem a bit like cheating but it makes sense. It would be a bit demoralizing to form a habit, stay consistent and lose your streak because of a bad day that might even have been beyond your control.

People talk about Duo (Duolingo’s owl mascot) being a bit...stalkerish? So far it seems like the version of Duo you experience has everything to do with how much work you’re putting in. You’ll barely notice him if you complete your lesson early in the day but the closer it gets to midnight, the more intense the reminders get. That can be really helpful if you forgot the lesson but if it’s been an insanely busy day and you already know there’s no possible way to make time for your language in time, it’s just frustrating.

Still, Duolingo has been an awesome distraction and I’m looking forward to more progress next year. 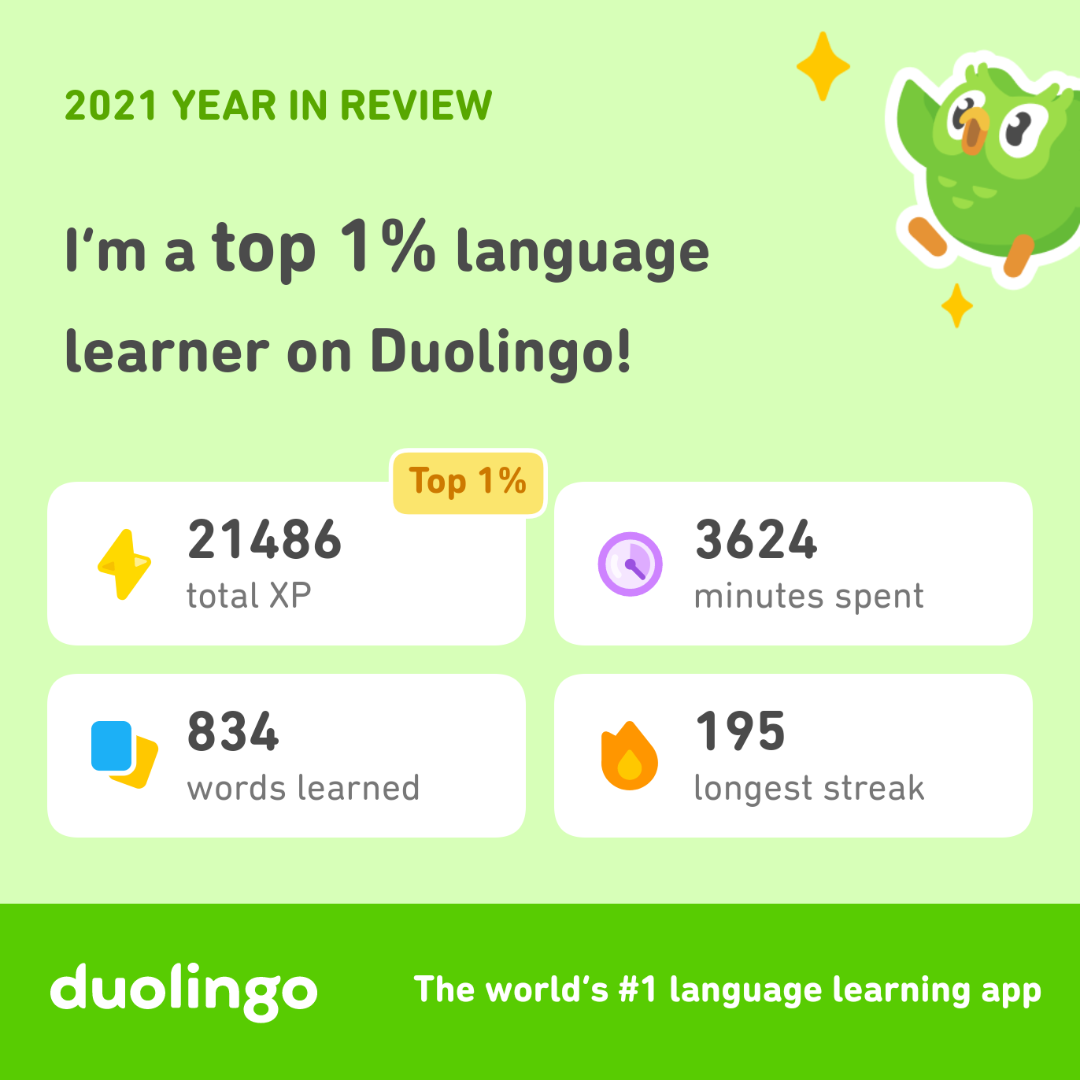