@driplord
about 1 year ago (Edited)
Proof of Brain

If you are quite familiar with my posts here on #Hive, then you'll know that I always appreciate and encourage the use of weed both for smoking and edible purposes but only when used responsibly and avoiding any case of abuse of the drug. 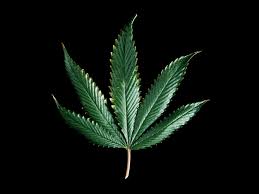 As with almost anything in life, Using it regularly has some effects and how bad it affects you just depends on how well and moderately you use it and I want to make known to people here on #Hive some of the short term and long term effects of using weed.

The usage of weed can have a short term effect and some of them are quite beneficial and good but some are bad and can give a cause for concern.

The short term effects are as follows...

It makes an individual have very severe and extreme sense of smell, increases the taste of food in your mouth, you suddenly seem to hear things loudly and clearly and your ability to see things very clearly improves as well.

These short term effects may vary it just depends on your body system and how adaptive and acquainted it is towards the cannabis or weed you took.

Consider taking the drug very cautiously and never overdose on it and ensure not to inhale the smoke too deeply when smoking it to reduce any bad effects and must not be taken every day as well to avoid being addicted and dependent.

I just hope this knowledge is not a waste in anyway possible.

Thanks for your time

Haha, you just got me schooled.

I must say I didn't know weed had so many agreeable benefits.

I'm also glad you were able to highlight some of the bad effects. No matter how much fun we'll want to have, we'll need to be health conscious two so we'll be able to roll one more blunt

Yeah, that's right, man. It's a pleasure doing what I gat to do just to keep it real and thugging in which ever way I can.

Everything in life has it's advantages and disadvantages, it just depends on how responsible and how moderately well it is used or done.

I really agree with you at the ending part of your comment, precaution has to be taken effortlessly to ensure we stay cool and healthy to roll more joints.

Everything in life has it's advantages and disadvantages, it just depends on how responsible and how moderately well it is used or done.

I really agree with you at the ending part of your comment, precaution has to be taken effortlessly to ensure we stay cool and healthy to roll more joints.

and one of the immediate effects: "I don't remember what I was going to say".

Say no more, I'm gonna have to help you out, Brother.

And one of the immediate effect is , Instant and exhilarating euphoria. You've been curated by @theherbalhive on behalf of The Herbal Hive.We support any content related to herbalism, from stories about your relationship with medicinal plants, to wildcrafting, foraging, ethnobotany, plant spirituality & herbs as nourishment, as well as the use of natural products to create medicines such as salves and tinctures. Use the tag #theherbalhive or post from our community!
Community II Delegate II Curation TrailII Discord

Thanks a lot for dropping by, I will be busy with you guys #theherbalhive soon.

I'm wondering though, is your community a new or recent one?

Lol a friend with weed is a friend indeed

@edprivat
about 1 year ago (Edited)

Nah bro I ain't gonna go in details, but lots of misinformed shit, I won't give you a downvote because you're @dandays homie by the way of @nevies , but back your shit up with the studies you're talking about for the long term effects, there has not been any conclusive studies (yet).

You are using the word overdose for weed, there has never been a case of overdose on weed. Again the anxiety doesn't come from the weed, but the lack thereof, the delay in reaction time it's debatable, I practice music everyday and use a metronome, that precisely gives me an accurate breakdown of my reaction time, it has never been affected with the weed.

So many BJJ (Jujitsu) practitioner I rolled with(rolling is practicing with drills) , so many fighters that smoked weed, and all of them flowed better on weed, better reaction time, there is a reason why it still considered as a drug enhancement.

Haha😂 Take it easy right there, Bro. Now don't come aiming at me and tryna discredit me or say that I had a lot of misinformed shit.

I basically was talking about the long term effects based on what I have been experiencing and what I noticed from some people's experience with weed.

I never said that it is the same for everybody, man.

I hope you believe that shit now, man. Your assumptions on my post was motherfucking wrong.

But it's good though, I don't really give a fuck regardless. 🤟🏻

Aight, I ain't tryna discredit shit, but tryna make sure you don't talk out without understanding the plant.

Let's get into details, it's gonna be a small lesson. Apparently you think it's about my experience, but it's because for me it's about truth.

Hallucinations; I do get this feelings sometimes. My perception of life might just change and I suddenly begin to have the feeling that what is happening around me is not real. Funny though. 😆

Hallucinations could happen for strain containing high amount of THC, or using synthetic THC (called spice), but impossible with natural strains. Also, we need to differentiate Indica and Sativa effects, which are the two commons strains one THC oriented and the other one CBD oriented, which will NEVER CAUSE hallucination, as it has a calming effect only.

Real mind altering substances like MDMA, LSD, or psilocybin will create hallucinations, but weed on its own, will not.

Respiratory problems; Breathing problems is most likely inevitable when you indulge in excessive and regular smoking especially when inhaling the smoke deeply. I do have a mild one though, I feel a little unease when breathing and feel like my breath is a little restricted.

This is so wrong for so many reasons.
Did you know that Marijuana actually helps you breath better? Weed has a bronchodilatator effect, in other word it will open your lungs, and help you breath better. It's not just for me, it's true for the entire globe, it also can cure asthma.
Now, inhaling carbon monoxide is bad for you, but you can always eat weed, or vape it to get the least amount of carbon monoxide.

Also, people tend to smoke weed with cigarette, which is terrible for the lungs indeed.

Loss of appetite; It's crazy how a drug that increases appetite also makes you lose appetite sometimes. Very crazy right? Well, that's when it's been probably abused or if it doesn't roll well with your body system. I rarely ever get this feel but once in a while I do get it.

Again, it depends on the strain, THC weed tends to make you hungry as it burns more calories, wheeras CBD weed tends to supress hunger. Both of them has been linked to weight loss; however they have also been linked to an increase in physical activity for THC based weed.

Brain development; Studies and research has shown and discovered that weed aids brain development when taken moderately and coupled with some healthy and nutritious diet, your brain is sure to develop.

last one:
Once again, it's wrong, did you know that it's the exact opposite? In adulthood, the cannabinoids have actually been helping people with what's called neurogenesis. Not from my presonnal experience, but from a medical study

Wow, you just busted my brains to tell you the truth and I never expected you to bring out such insightful details of that shit.

Well, I ain't got a lot to say right now, I agree with you though, It mainly depends on the individual and the like you said the type of Cannabis Strain because since I started smoking weed I can tell you that my brain has developed mightily.

It's all good, brother. Thank you so much for the lessons, I appreciate that shit!

Cool homie, sorry if I came off a bit harsh, when it's about Mary jane I am overprotective haha.

Have a nice toke and take care! 😄

You were not harsh but blunt, so there's no need to apologize about shit.

Thanks and take care too.

Will I be damned if I say you are a proud and defensive Mary Jane exhauster?

I never tend to confuse or misunderstand being honest with being rude.

You was just being honest and I admire that shit. 😎
Man, I like you, I like your attitude, like you the kinda man that doesn't give a fuck!

The green has a huge number of medical benefits from micro dosing, consumption and equally smoking. As per usual its always about the individual, personal response and the variety you consume. Quality Homegrown will always be more gentle and soft on the body than chem fed hydro.

I personally smoke plenty and ingest, and only ever have any issues with processed product. I.E Resin, and Hash or Super Potent Hydro.

The addiction side is common especially if used as an anxiety or depression treatment. I only feel good if...

Its common and normal, Weed helps anxiety but self improvement and relaxation exercises help more. Smoking Pot helps a great deal with anxiety and depression but ONLY if you accept there's a problem in the first place.

So personally if You're having breathing problems try resizing your bong or joints 😉 I love gravity bongs and normal cigarettes, never had a problem.

Yeah, that's right, man. I'm so glad you see that picture too and probably even more clearer.

Thanks for the suggestion and a very phenomenal contribution from you.

Best believe that I cherish this.

Light that shit and pass that shit.🍀🔥