Could the Rest of the Country Live without California?

@deanlogic
8 months ago
Proof of Brain

How reliant are we on California food, really?

A story appeared in my timeline this morning that the Portland,Oregon mayor has announced that they will cut trade and travel with Texas. The mayor apparently realizes that it would hurt residents of Portland a lot more than Texas, but what the hell! For a moment, let's ignore the interstate commerce clause of the Constitution of the United States of America and follow along down this road of absurdity.

Article I, Section 8, Clause 3
[The Congress shall have Power] To regulate Commerce with foreign Nations, and among the several States, and with the Indian Tribes; As a person who was born in the mid-west and have traveled through a lot of farm land, instead of flying over it, I find this "California is the 7th largest economy and produces the most food anywhere!!" overstatement tiresome.

Here are the top 10 agriculture products for the USA, of which, corn is produced at a rate almost 4x cow's milk. I have listed the top 5 producing states for each crop. You can ponder about the food you eat to determine where these fit in your diet.

We produce more, with less

Even with a reduction in farming and the number of farms over the past 100 years, farmers have managed to produce more crops in the USA than at any time in history. And in some cases, like Alaska, benefiting from the advancements in greenhouse technology and a bonus of long growing days in the summer and lower pests, Alaska has increased their farming acreage significantly [Total farm acres 2020: 0.9 million (+837.7% from 1920)]. On a side note, Alaska even benefits more from global warming, just like during the last ice age.

While American farming has certainly expanded and increased its value since 1920, there were almost three times as many farms 100 years ago than there are today—in 1920 there were 6.5 million farms, while 2020 estimates come in at two million.

Every state has a healthy agriculture environment. Using their natural resources to produce a variety of crops. But, we mostly live off of grains and meat. The states that produce the most wheat type crops are in the mid-west and the meat producers are spread throughout the south and the plain states. This is mainly due to how profitable a particular crop is for each state, but each state can't stand alone as a top producer verses an area. For example, Texas has a cattle head count of 13.0 million, which is twice as much as the states like Nebraska (6.8 million), Kansas (6.4 million) or Oklahoma (5.3 million). Texas is 3x larger than all 3 of those states. If you combined the tree smaller states into a Texas sized state, it would produce more cattle than Texas by over 5 million.

Granted, some states just blow away the competition on producing a crop. California produces a lot more tomatoes than the 2nd place state. Minnesota produces so much more sugar beats, there aren't 9 other states to make a top 10. Iowa produces as many hogs as the next 3 states combined. And, as stated, Texas has a lot of cattle and produces a lot of red meat.

But, none of these essential crops are limited to be grow in a particular state. California might produce a lot of tomatoes, but anyone can grow tomatoes in any state in their back yard. And, even if you don't have a lot of months to grow tomatoes, you can grow a lot and can them for the off season.

Agriculture production is mostly based on the growing climate and area that is pushed by profit. Ohio could produce the most cattle, but they found other industries more profitable. More people could farm, but they found that other jobs were easier and paid better. Trying to say that one state could shun the other states they don't like and have those states be harmed is just nonsense.

If required, states would find the resources to grow the food needed.

If required, individuals could find the resources that they need to grow their own food. 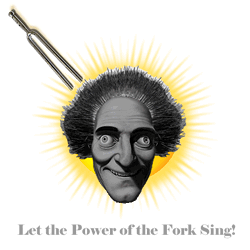 AFAIK, the Portland move only affects the city government. Trade and travel by city residents are a different matter, no effect there.

Mayor Ted Wheeler announced Friday that the city council intends to vote on an emergency resolution Wednesday to stop “the City’s future procurement of goods and services from, and City employee business travel to, the state of Texas.”

Correct, but if the city needs goods and services to support their citizens and can no longer get them from Texas, it does affect the citizens.

I don''t know about California, but we can do without the deep state.

Oranges are the only thing we need from California in the winter.

If there was competitive prices on fruit, we would not need Cali at all here in Alberta.

It's unlikely though, as the use slave labor and pay under the living wage to foreign workers in the organic growing labor trade, same BS here in Canada... a bunch of socialists who will work for $5 an hour to farm food because they have no useful skills outside of general labor.

Oranges can be grown indoors if needed.
Florida has plenty of oranges.