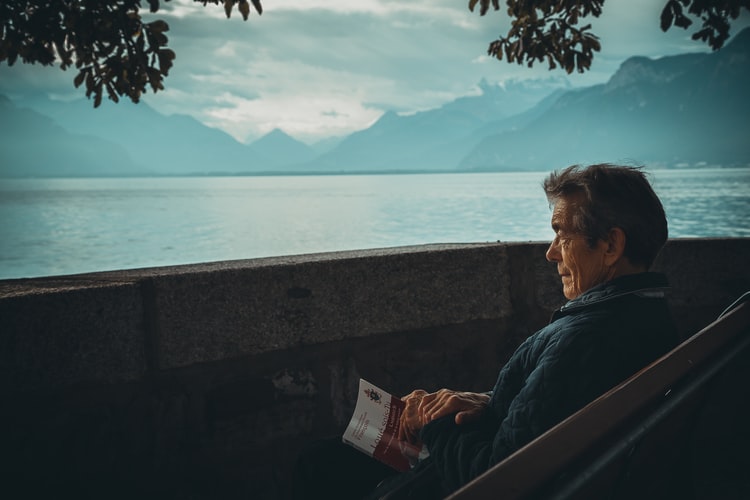 Roben moved in with his wife and son into a new neighborhood. Grace is his wife's name, and Peter his son's name. Peter is 10 years old.

They were so happy to move into their new house. The house was so large and huge. The backyard had a lot of space.

There was this old man living next door to them. He was looking so scary. He always seize children's properties that mistakenly enters her, and he won't give them back.

Kids did there best to stay away from this old man and his house, because he continues to seize there properties, especially their football. It went on for few years.

One day Peter was coming back from his friends house , he walked through the old man's house and noticed he was laying on the grass next to his resting chair.

Peter loves helping people, especially the elderly ones. Immediately he went close to the man to help.

“Are you okay sir, Peter asked?”

“No, I'm not” the old man replied. I fell from this chair. I can't stand up by myself.

The old man was so please, that she invited Peter to house for some yogurt and snacks.
As this times on, the old man told Peter story on how all his children had died, and he was the only one left alone.

The story touched Peter's, he felt sad. Peter was curious, he asked the old man why he didn't associate with neighbors around to wipe off his lonely life?

You see, he replied, he was scared people will use him because of his old age. That why he was always mean to people and seize kids balls.

He thinks they keep throwing the ball in her yard on purpose.
We don't purposely do that, Peter replied. The balls gets in mistakenly.
They laughed and chatted a little.

The old man thanked Peter for helping him and ask if he could visit him again.
“Sure” Peter replied. I can come weekend, mostly Saturday after I'm done with my house chores, if you are ok with that.
The old man was so happy, and waved Peter goodbye as he made his way out.

Peter kept to his words, he visited the old man every Saturday. They became close friends, and the old man even taught Peter how to play chess.
This continued like this for few months.

One day Peter went to visit the old man, he knocked on the door, but no one answered him. He went round the house and peep through a hole in the door. He was shocked by what he saw. Lucas was on the floor. He wasn't moving his body, immediately Peter call the medical center 911.

The medical care arrived, but Lucas didn't make it, sadly he was dead.

Peter was very sad. He loved Lucas and all the memories they had shared together.
After the funeral, Peter was very sorry he didn't have enough time to know Lucas better.

But Peter was also happy. Because the last few months he had spent with Lucas was the best in his life.
He considered Peter as his grandson.

Be safe and also be kind to your elderly ones. Your actions might change there life.

A story that revolves around lonely old age and childlike tenderness and solidarity.

For a moment I had the idea that the story would be complicated by some dark element,
it ends with a generous appeal,
thanks for posting it, @cryptofi

Thanks for the kind comment. I'm glad you liked it.

The story is simple with a clear theme. Made beautiful by your style.

Keep up the good work.

Thanks, I'm glad you liked it.

Your writing is getting very good @cryptofi. This story has different layers. There is the first layer, where the children misjudge the elderly man. The second layer, where the elderly man misjudges the children. Together these two layers have the most important message of the story: People are not always as they seem, and maybe we should give them a chance to prove who they really are.

Your message about being kind to the old is well taken. Time is short, especially for the elderly. Do what you can now, because the opportunity to act may be lost.

I liked your story, @cryptofi. Thank you for posting it in the Ink Well community.

Thanks for your kind words. I'm glad you liked it.