Why the Sun and the Moon Live in the sky

@cemla
over 1 year ago
The Ink Well 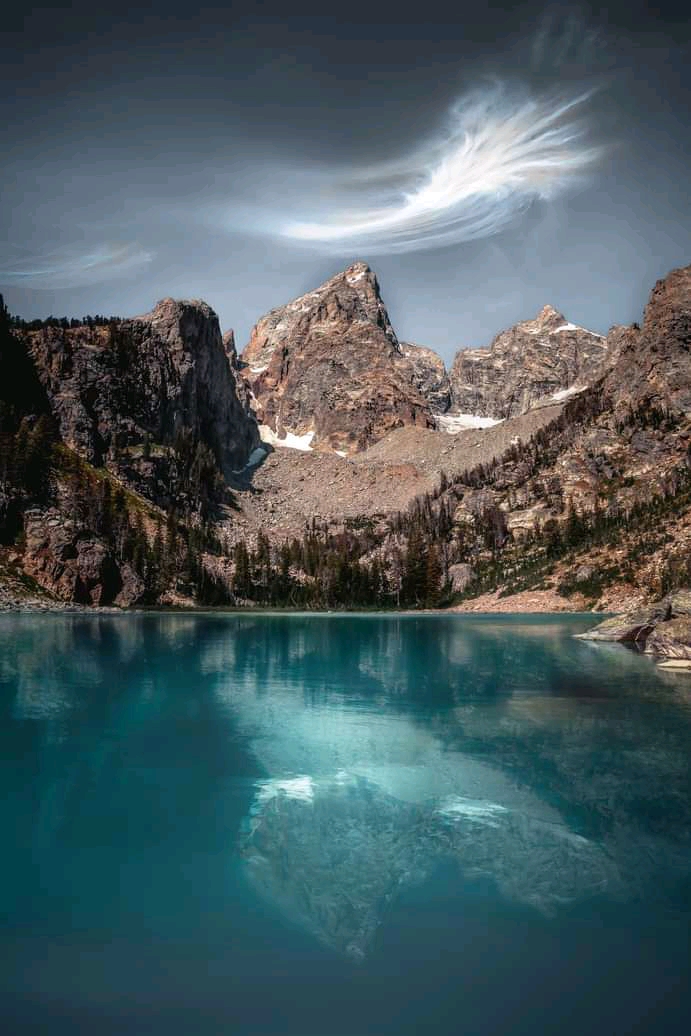 Many years ago,the Sun and the Water were great friends and they both lived on the earth. The Sun used to visit the Water very often but the Water never returned the visits. At last,the Sun asked the Water why he never visited him. The Water replied that the Sun's house was not big enough and that if he came with all his people,he would drive the Sun out of his home.
The Water said,"If you want me to visit you,you will have to build a very big house. But you will remember that it's will be very large ,as my people are big enough and take up lots of rooms". The Sun promised to build a very large house . Soon afterwards,he returned home to his wife,the Moon. She greeted him with a broad smile . Then the Sun told her what he had promised the Water .
The next day,they began to build a very large house to entertain the Water and all his people. When it was completed,the Sun asked the Water to come and visit him.
When the Water arrived,one of his people called the Sun and asked him whether it would be safe for the Water to enter. The Sun said," Yes, tell my friend to come in".
The Water began to flow in,followed by the fish and all the other animals in the water. Not long after,the Water was knee-deep in the house,he asked the Sun if it was still safe, and the Sun again said," Yes." So,more of them came in.
When the Water was at the level of a man's head,the Water asked the Sun," Do you want more of the people to come in?" Not knowing what else to say, the Sun and the Moon both said,"Yes". More and more of the Water's people came in until Sun and the Moon had to sit on top of the roof.
The Water once again asked the Sun if it was still okay to keep coming in.
The Sun and Moon answered,"Yes". So,more and more of the Water's people came in. The Water soon overflowed the top of the roof. The Sun and the Moon were forced to go up into the sky. They have been there ever since.

Hi, @cemla in this story you are adapting an ancient African myth. It is a very faithful recreation of the original, where you don't mention the inspiration for the myth, which, like all creation myths, is the heritage of mankind.
I do not see in your writing any creative elements of your own that would justify your story as original content.

@jayna
about 1 year ago (Edited)

This post is plagiarised. It is a direct copy of this content. This behavior is not allowed on Hive, and it is not allowed in The Ink Well. Your post has been reported to Hive Watchers for plagiarism.

Congratulations @cemla! You have completed the following achievement on the Hive blockchain and have been rewarded with new badge(s) :