Juventus on a move for Manuel Locatelli, Real Madrid planning for more Reinforcements 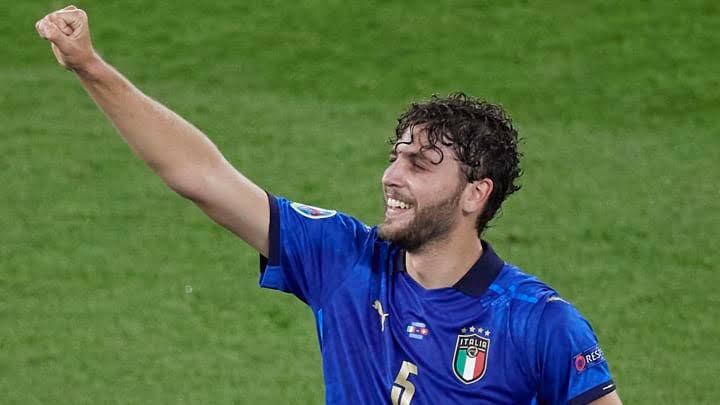 Juventus are preparing a bid of around €21 Million for Manuel Locatelli, and the Torino club will throw the Romanian defender Radu Dragusin on top of the deal in an attempt to bring in the Sassuolo star, who is currently in the process of a breakthrough at the European Championships.

Real Madrid manager Carlo Ancelotti will try to bring Dominic Calvert-Lewin to the club. The English striker played under Ancelotti in Everton, when Ancelotti was manager of Everton, and now the latter wants the two reunited. Real Madrid also plan to bring James Rodriguez back to the club in what could be one of Spain's biggest deals this summer and they are planning to will sell Luka Jovic. The Serbian striker never became the big success in the team and now Eintracht Frankfurt will sign Jovic permanently back to the club, where he has been loaned out this season.

Dortmund and Real Sociedad are working to reach an agreement on a buy-back clause so that Swedish shooting star Alexander Isak can return to Dortmund, which he switched from in 2019. Bayern Munich are reportedly very interested in bringing Dutch defender Denzel Dumfries to the club. The Dutchman has had a bit of a breakthrough at the European Championships, and that should have meant that the German club has opened their eyes to him.

Antoine Griezmann has announced that he wants to end his career in the American Major League Soccer when his contract with Barcelona expires in 2024. Paris Saint-Germain has joined the match about bringing Kieran Trippier to the club. In advance of Manchester United among other things interested.

Arsenal have bid for Portuguese striker Andre Silva, who is currently playing for Eintracht Frankfurt, where he has been bombed last season. However, there is a fierce battle for the Portuguese's signature as Chelsea and Manchester United are also in the race for him.

Would be a really great move for Juventus if the Italian midfielder Locatelli is brought to team, he will more creativity to the center of the park.

Great to see Ancelotti is already putting eye on the market to land in some great deals. Calvert-Lewin and Rodriquez in the team would be great. Bad Luka jovic didn't leave up to expectations.

Doubt Arsenal will see any good signing this term considering their position in the league. Wish Andre Silva make the right choice among the number of clubs chasing for his signature

The English striker played under Ancelotti in Everton, when Ancelotti was manager of Everton, and now the latter wants the two reunited. Real Madrid also plan to bring James Rodriguez

Football is always full of surprises but I don't think those 2 transfers are gonna happen. Real Madrid don't need a striker that isn't a world-class, and James is hardly an elite player so far, in my opinion, it would be a mistake to bring those 2 players. What Real Madrid needs to do, is sign either Haaland or Mbappe, and bring back Odegaard. With those players, Real Madrid will be competitive. If they sell Varane, then they could sign another defense and that would be it. Real Madrid urgently needs either Haaland or Mbappe, which are going to be the 2 best players of this decade in my view.

Congratulations @cabinet24! You have completed the following achievement on the Hive blockchain and have been rewarded with new badge(s) :

I think that juventus would be making serious and intelligent move there..
Nice one