@erikklok 66
about 1 month ago
LeoFinance

Another week has passed, so it is time for a new update. 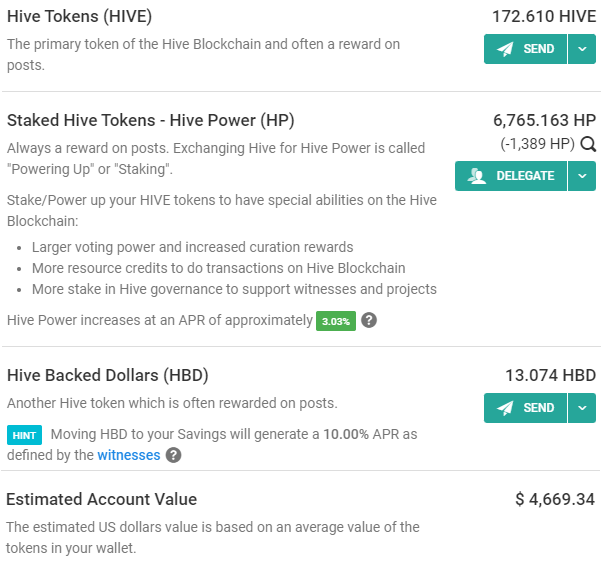 Below you can see the graph in which both my Hive Power holdings and the corresponding dollar value are shown. As said, the dollar value is down quite a bit. I'd say that's a healthy correction after the recent bull run. 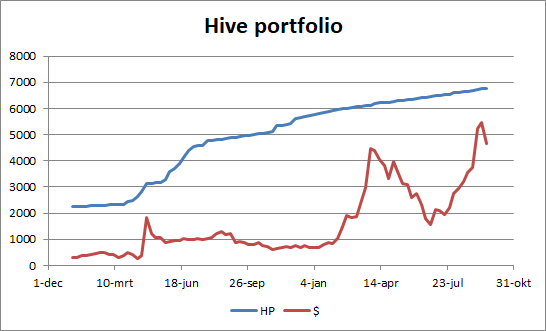 Below you can see how the Hive value of all tokens evolved compared to three weeks ago.
Most tokens bounce a bit back because Hive went down. In dollar terms most tokens went down too. I did use some of the liquid Hive to buy LBI cheap (almost doubling my holdings), hence the increase over there. 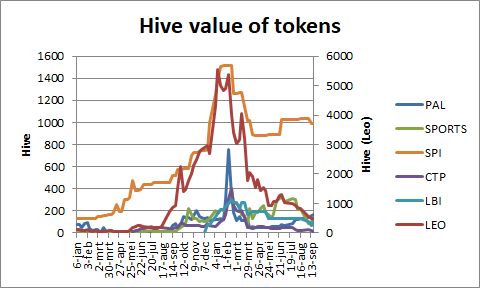